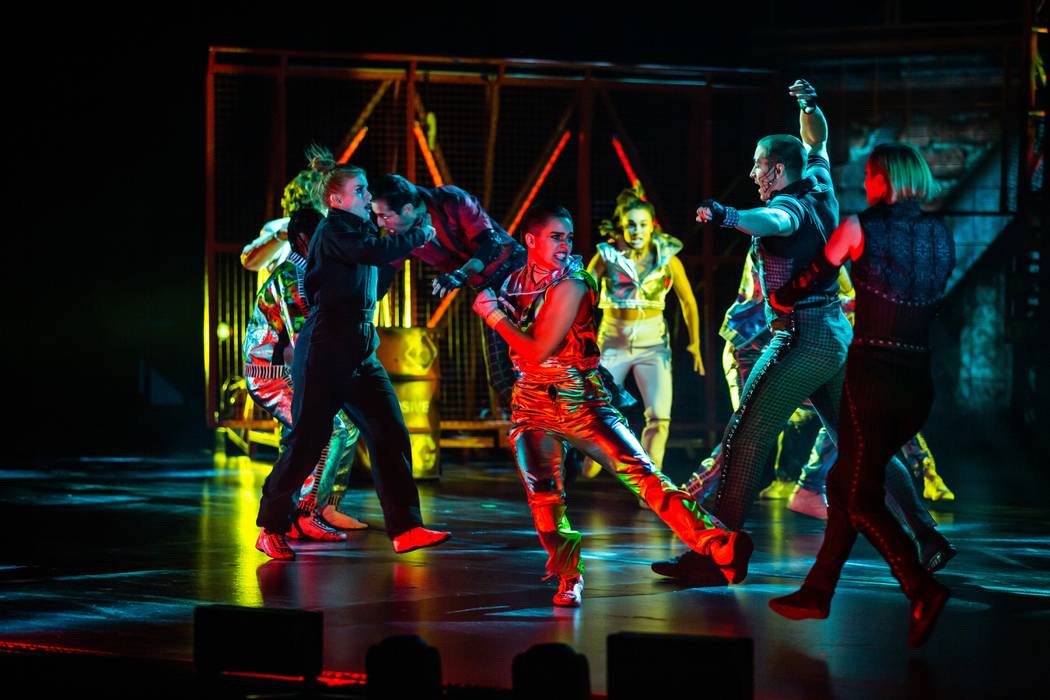 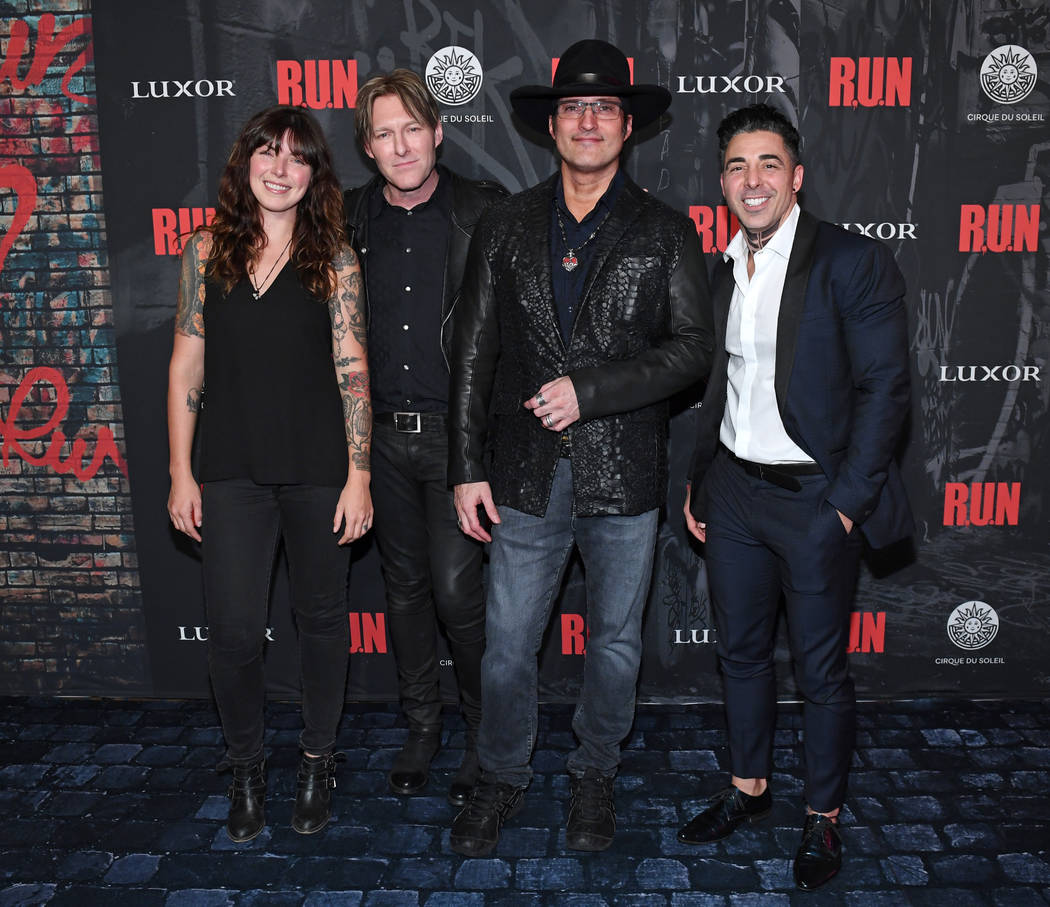 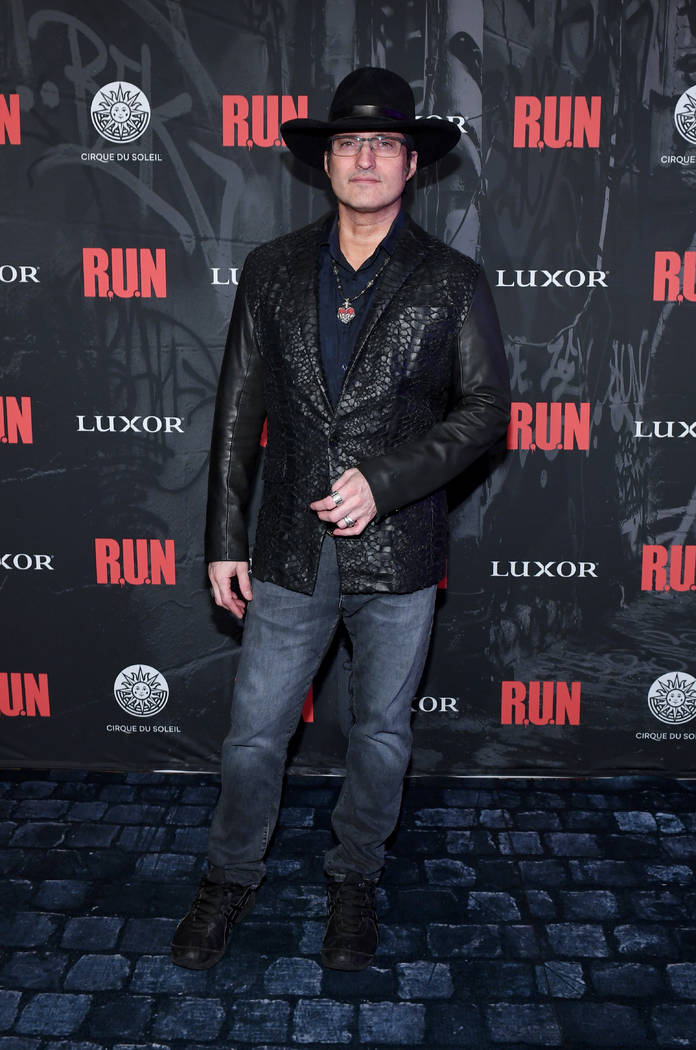 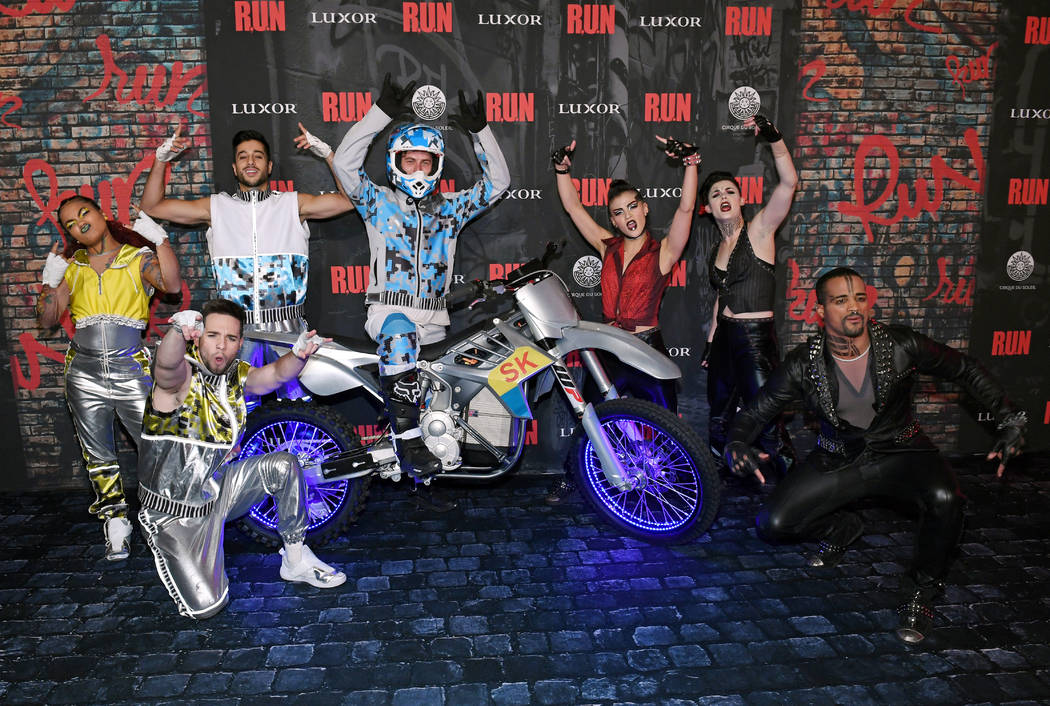 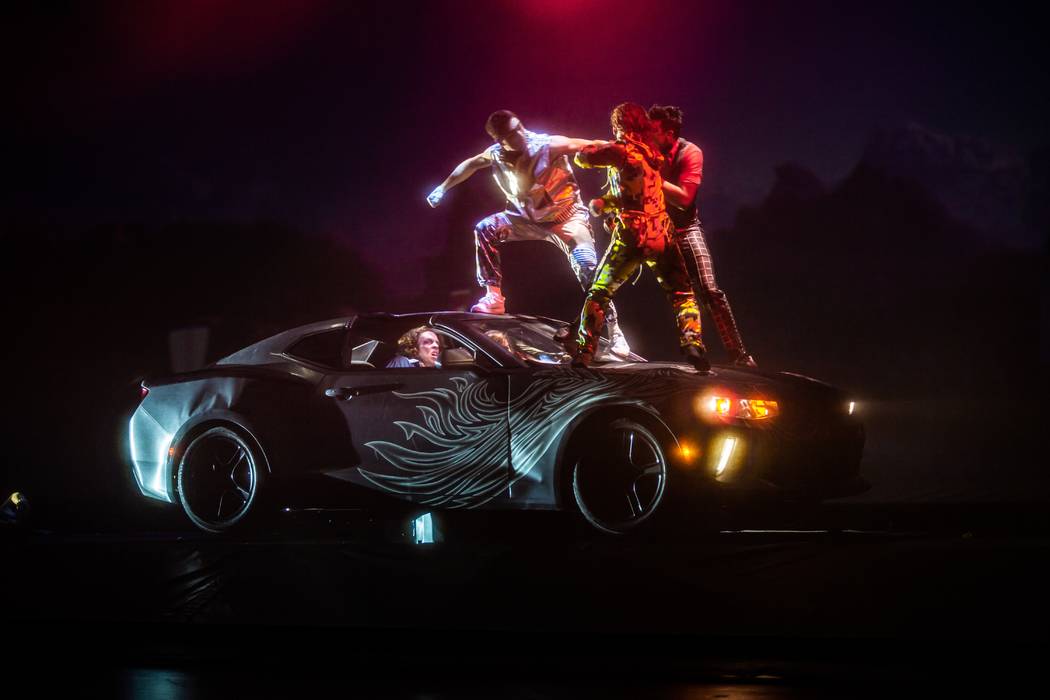 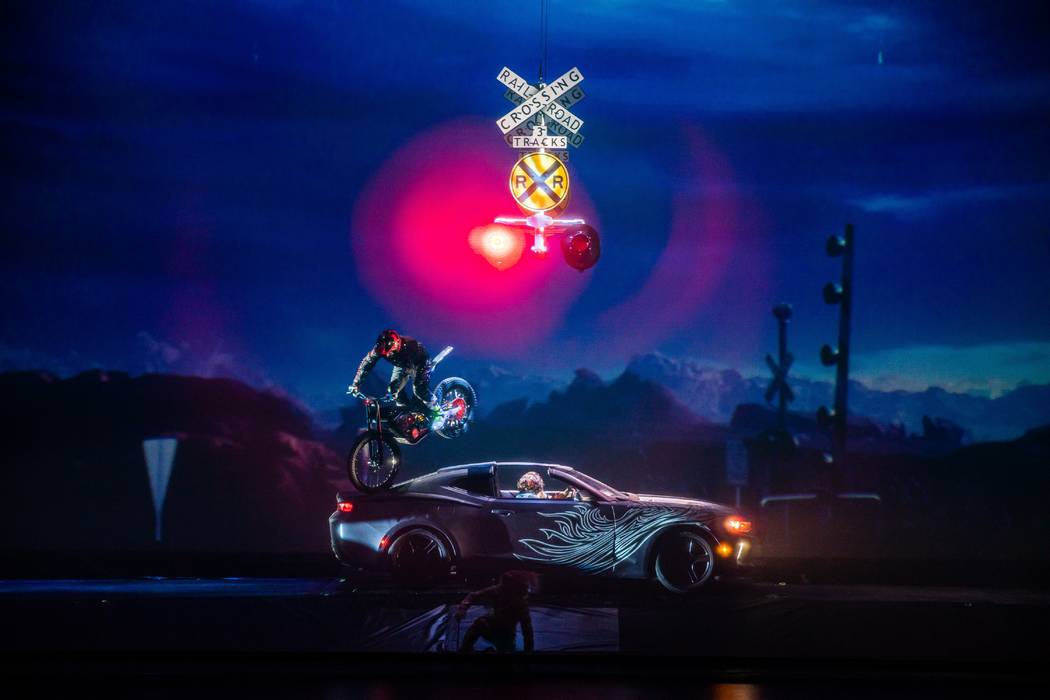 Cirque du Soleil has gone off the rails, on purpose.

“R.U.N” has opened at Luxor. The show opened Thursday night at a breakneck pace, all up in your face, all over the place. If these performers were not onstage, you’d call the cops. All of this is by design.

“R.U.N” is a dramatic departure from Cirque du Soleil’s proven approach in Las Vegas. Give the company credit for staying on message in this one. From the very start, Cirque execs and members of the creative team have emphasized — and even warned — that this show would never be a sequel to the whimsical “Mystere.” It’s a graphic novel come to life.

To justify its reported reported $62 million price tag and fill a 1,500-seat theater, Cirque needs “R.U.N” to be a blockbuster. Maybe it will get there. But right now it’s a cult film, targeted at a new Cirque audience. These are characteristically younger tourists who are not likely to be drawn to the venerable Cirque productions on the Strip. That is not a massively populated demographic.

Sometimes, in talking to members of the creative team, I’m left feeling the shorthand message is, “If you hate ‘O,’ you’ll love ‘R.U.N.’ ”

In this new endeavor, acrobatics have been tossed in favor of such cinema-fashioned stunts as fistfights and martial-arts maneuvers. The characters are dark, brooding, layered in leather and ink. There is no interest in making us laugh. But wince? Yes.

We knew going in that “R.U.N” would simulate violence, but this is the first Cirque production to incorporate a lengthy torture scene. We have a contortionist whose limbs are broken in one segment (finally we have found an apt use of contortionists’ skills on a Vegas stage) and a sideshow artist hoisted over the stage with what is best described as an apparatus attached to his eye sockets.

There are no Spermato, no oversized babies, no clowns cavorting on a watercraft.

The tight, linear story, written by screenwriting craftsman and director Robert Rodriguez (“Sin City” among his triumphs), follows a bride and groom at the center of a gangland conflict after their wedding is busted up. Two rival factions — the Blakjax and Street Kingz — are fighting over the bride’s studded, heart-shaped necklace.

The story unfurls only after a wondrous opening segment in which the two sides fight it out in the middle of the theater — those seated in the row on the middle aisle are told to keep their feet behind the safety tape on the floor or risk being stomped. The performers shout, curse, flip around and eventually scramble to the stage. These segments under the capable direction of Michael Schwandt, who worked with Donny Osmond on his Peacock numbers in “The Masked Singer.”

The production credits are projected on the big screen, as if you are inside a grand movie theater. This is also a novel approach for Cirque, which has not specifically named or credited its artists onstage before “R.U.N.”

In fact, much of the experience does have a cinematic, rather than a live performance, atmosphere. Cirque officials have occasionally, and accidentally, referred to the show as “the movie.” At the back of the stage and off to the sides, the production makes ample use of projections, with live artists bursting through small openings.

The video scenes are familiar to Las Vegans and anyone who has frequented the city — Dodge Chargers zoom through the desert with Red Rock Canyon in the background; a turn into downtown shows the famous El Cortez marquee; we visit the Neon Boneyard; a “Casino” sign has been placed atop the Ogden high-rise; the Strip landscape is routinely displayed, with The Linq’s High Roller next to The Strat in a nifty use of creative license.

As with any Cirque show, the effects and — especially — the human artistry are breathtaking. Producers have added a high measure of fire, both real and digitized, to make the performers look like human torches. The use of electric bikes, vaulting high across the scenes from ramps on both sides of the stage, is a dazzling use of the theater’s aerial space. The robust soundtrack from Tyler Bates (former guitarist for Marilyn Manson who has scored “Hobbs & Shaw” and “300,” among other action films) designed to keep adrenaline high.

The idea in “R.U.N” is for the audience to build through word of mouth and online accounts, which have been mixed. Repeat business will need to make the show a hit, even though you know the whole story, and its carefully orchestrated climax, after a single viewing. That, too, is a Cirque first.

“We are trying to bring a very different type of show on the Strip, so this is exciting,” Cirque President and CEO Daniel Lamarre said before Thursday’s show. “If I had to make any comparison, I feel the same way I felt when we opened ‘Zumanity’ in 2003. People are going to have to understand, from the get-go, that they are not here to see ‘Mystere.’ ”

The production needs to evolve and catch on, but is there enough time? To borrow from the title of Cirque’s ambitious production, the clock is now running.