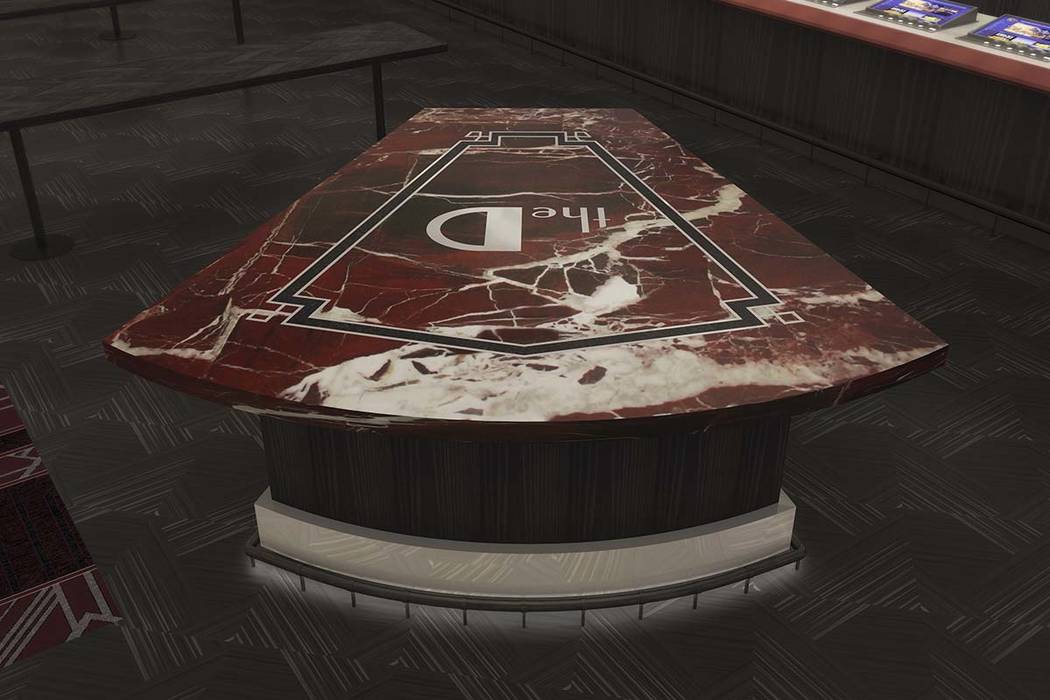 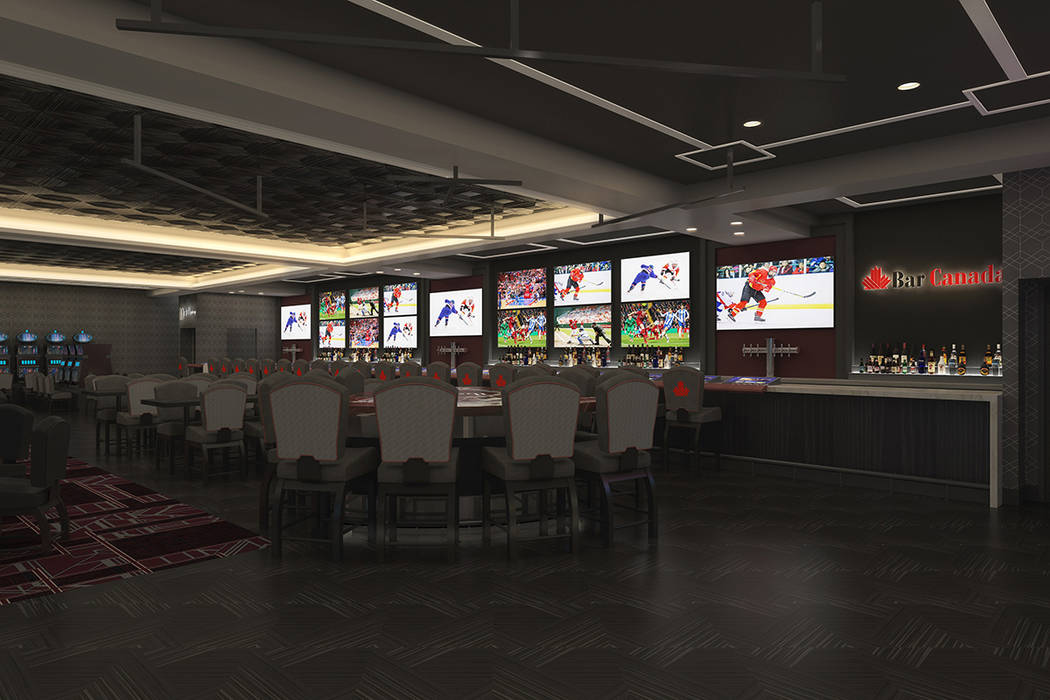 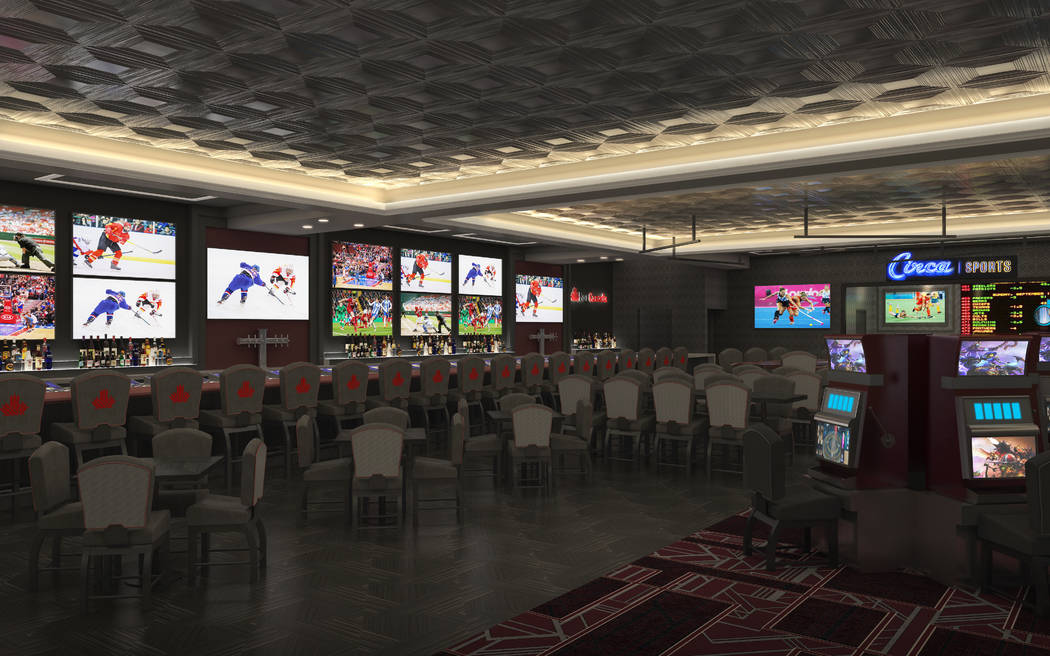 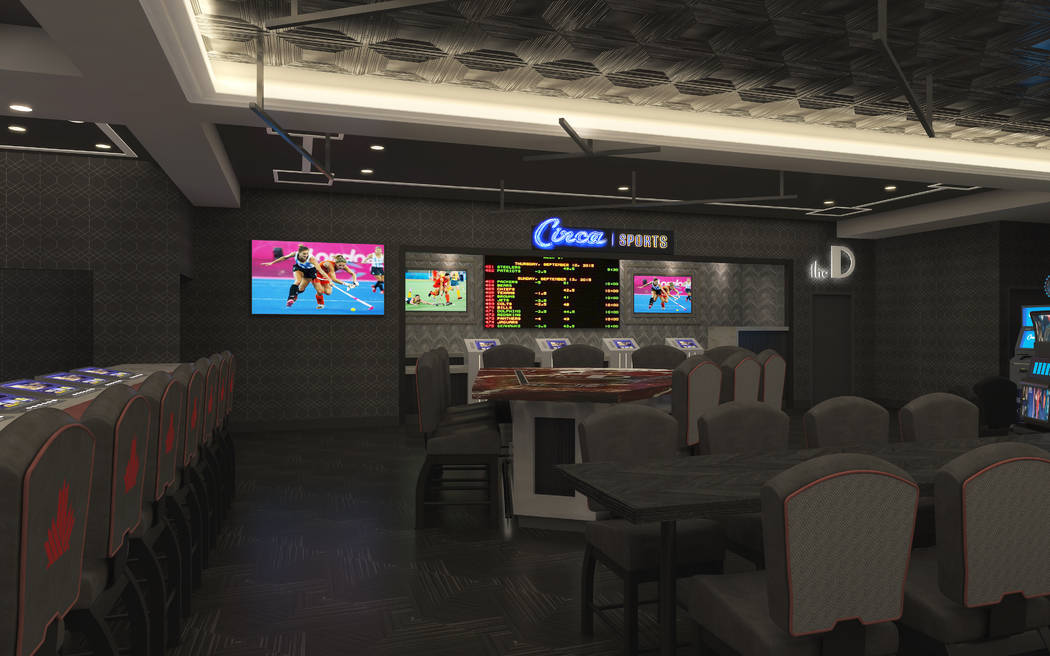 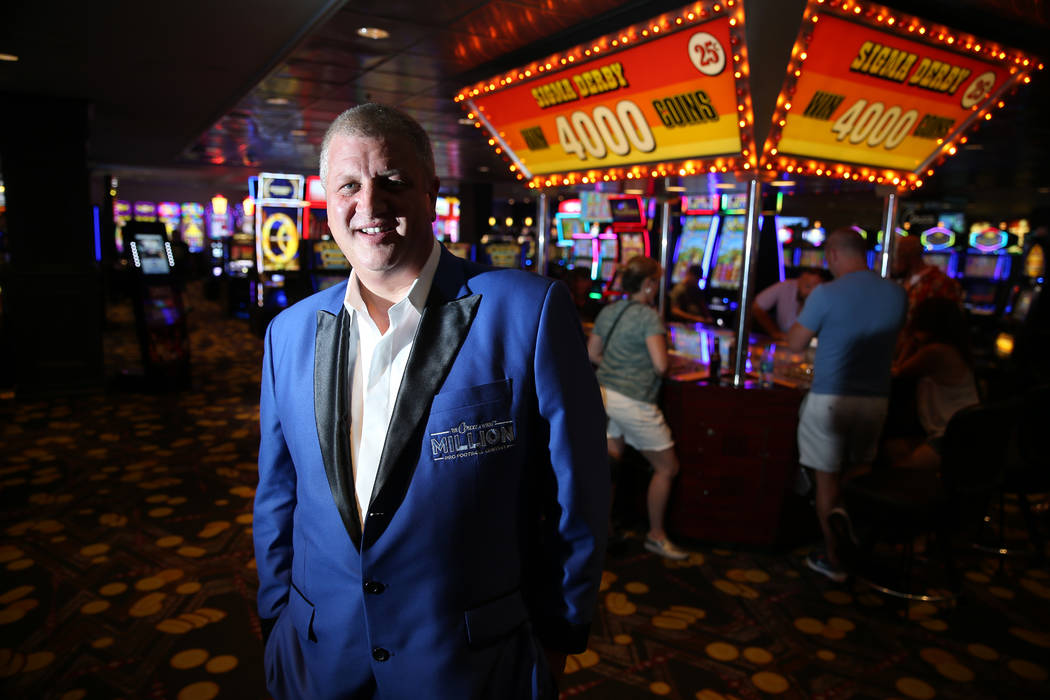 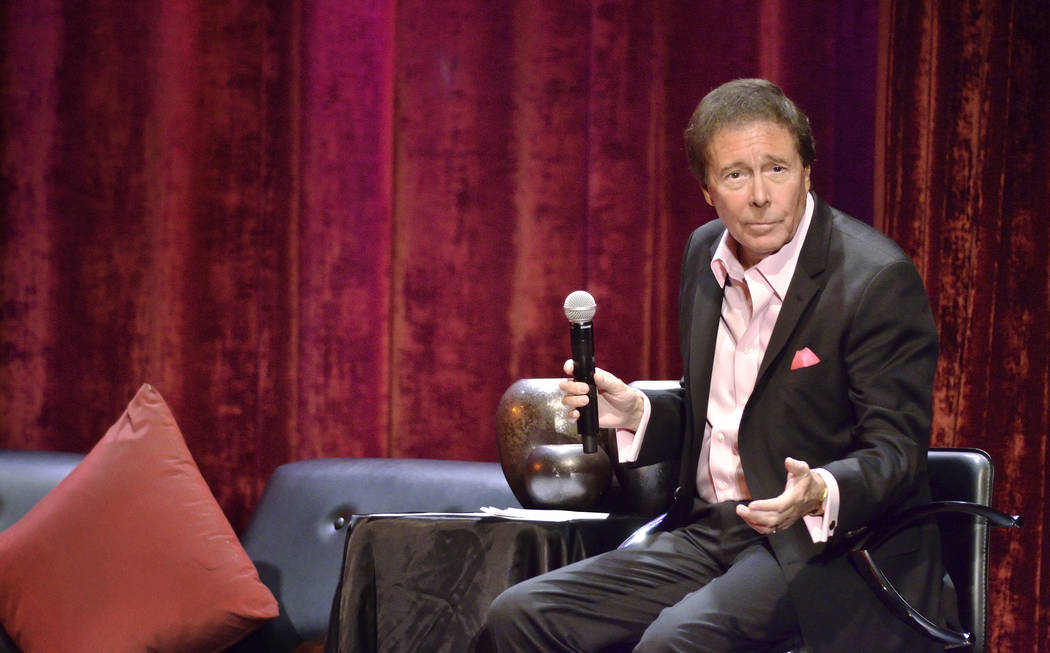 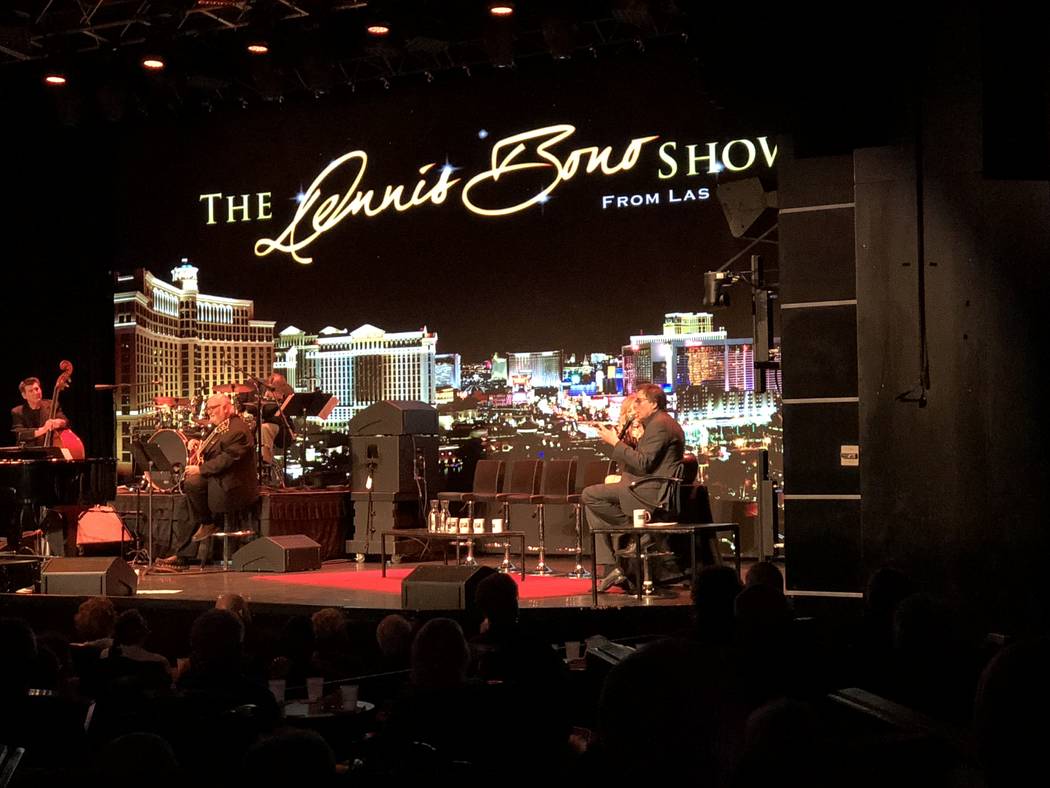 Derek Stevens has generated ample attention with his construction of Circa Las Vegas, for valid reasons. That ultramodern resort, on the corner of Main and Fremont streets, will change the complexion of downtown Las Vegas when it opens in December.

But Stevens still is retooling what is, for now, the cornerstone of his downtown operation — the D Las Vegas. The hotel, once known as Fitzgeralds with its Irish-shamrock decor, is taking on a Canadian hue. And where production shows once were staged, a sports bar and wagering enclave embracing hockey is loading in.

BarCanada is set to open at the former Showroom at the D space on March 16. The bar is focused primarily on hockey, hence the name. But the opening is the day after Selection Sunday for the NCAA Tournament, a huge draw for sports wagerers.

Asked if the timing of BarCanada’s opening was coincidental, Stevens laughed and said, “Oh no. Not at all. We have this thing scheduled, by the hour, right now to open March 16th.”

Overtaking the second-level Showroom at the D, BarCanada is the anchor of the D’s sportsbook expansion. The room is 2,000 square feet with a 20-seat bar spanning 60 feet. Art Deco-designed chairs with maple leaf images face 85-inch big screens. Additional Circa Sports betting stations are being added to the sports book.

The entire second-floor renovation is refreshing a sports bar-style atmosphere, a new menu at the D Grill cafe and specialty drinks. The VSiN sports betting broadcast operation is planning to air five hours of hockey coverage per day (six hours would seem excessive) during the NHL season.

Stevens has effectively tapped into the popularity of the Vegas Golden Knights, and his Downtown Las Vegas Events Center has hosted several NHL playoff watch parties. He understood the potential popularity of the NHL from his days in Detroit, where he once lived next door to Joe Louis Arena, home of the Detroit Red Wings.

Already, the D is a sports viewing annex. The Stevens-designed Longbar has become something of an icon, a uniquely entertaining watch zone perfectly designed for pacing as you watch your team cover, or not.

What is being sacrificed in Stevens’ sporty masterplan is traditional, live entertainment. The D Showroom was host to a series of plucky productions, among them Adam London’s “Laughternoon,” “Defending the Caveman,” “Marriage Can Be Murder” and “Friends a Musical Parody.” All closed at the Showroom on Jan. 5. The deposed shows are expected to reopen within the next couple of months, with Paris Las Vegas expected to take “Friends” in its Anthony Cools Experience room and “Marriage” moving into a renovated Buca di Beppo dining room at Bally’s.

Stevens also has eschewed plans for a showroom or theater at Circa. In his view, sports and entertainment are intertwined.

“I think the one thing we have seen is is the Las Vegas customer wants to have more opportunities to interact with groups of friends,” Stevens says. “For us, although we felt we’ve had some great shows at the D, we really thought the space could be best utilized as an alternate-type sports venue.”

Over the past three years, Stevens’ team has featured different games at Longbar, in its second-floor Circa Sports book and Vue Bar.

“We’ve sometimes had multiple games drawing large groups, and this gives us more flexibility,” Stevens says. “We might have audio of the Golden Knights at Longbar, with the Toronto Maple Leafs playing the Vancouver Canucks up at BarCanada.”

Stevens tosses betting into the mix when mapping his plans for entertainment. He emphasizes, “There’s enough demand, and enough interest, in sports wagering and watching live entertainment — which is what sports is — for us to expand in that manner.”

Stevens actually came to realize the draw of sports at his hotel through an old mechanical-horse betting game. Guests often descend on his Sigma Derby electro-mechanical game on the second floor. It’s a contraption dating to the mid-80s, out of service everywhere but the D, but guests remain fascinated.

“The reason I like Sigma Derby so much is that it’s really a horse race and a communal slot machine,” Stevens says. “There are similarities to a dice game. People get together and root for their horses. I think that’s an element of Las Vegas, people love to convene in Las Vegas, they like to come in groups and like to have fun together.” And with his new BarCanada, Stevens is betting the favorite.

Bono’s show broadcasts at 7 p.m. Sundays on KJUL (104.7 FM) and also on iTunes, CRNtalk.com and Soundcloud.com. We do remember his opening days at Sunset Station’s Club Madrid, when he said he felt he’d be lucky if he lasted two months.

Instead, locals have grown to love this show, and it’s no-cover with a South Point players’ card. Bono knows all the tricks of the trade. He once explained he never sits before a show, to save the crease in his slacks. “I don’t want to wrinkle them,” he told me a few years back. “It’s an old trick. Sinatra, he used to walk around in his underwear before shows with his pants hanging up.” Hey, set it to music.

Backed by a 17-piece big band, or orchestra, Baker covers Dean Martin in the first half, and such crooners as Sinatra, Tony Bennett, Harry Connick Jr. and Bobby Darin in the second. The show runs about 90 minutes. Tickets are $30 for GA and $40 VIP (a mere pittance, given the mass of talent). Go to iacvegas.com, or call the club at (702) 457-3866.