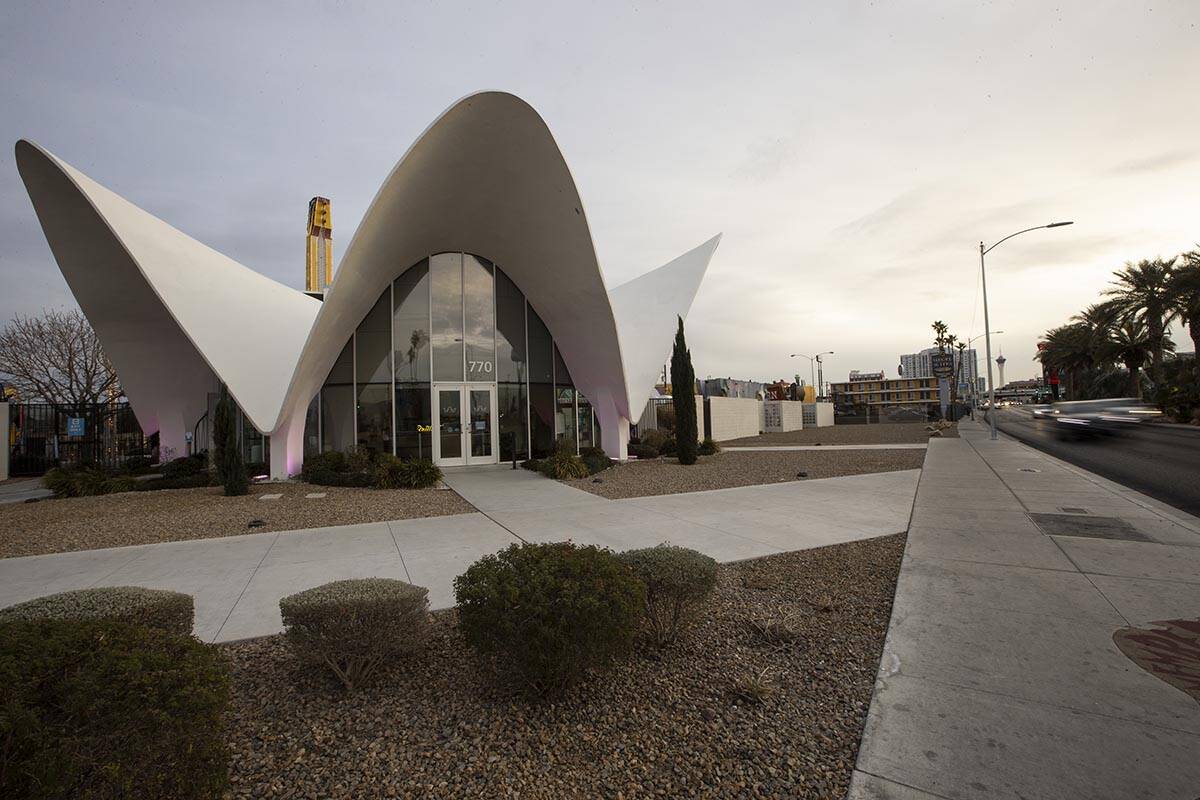 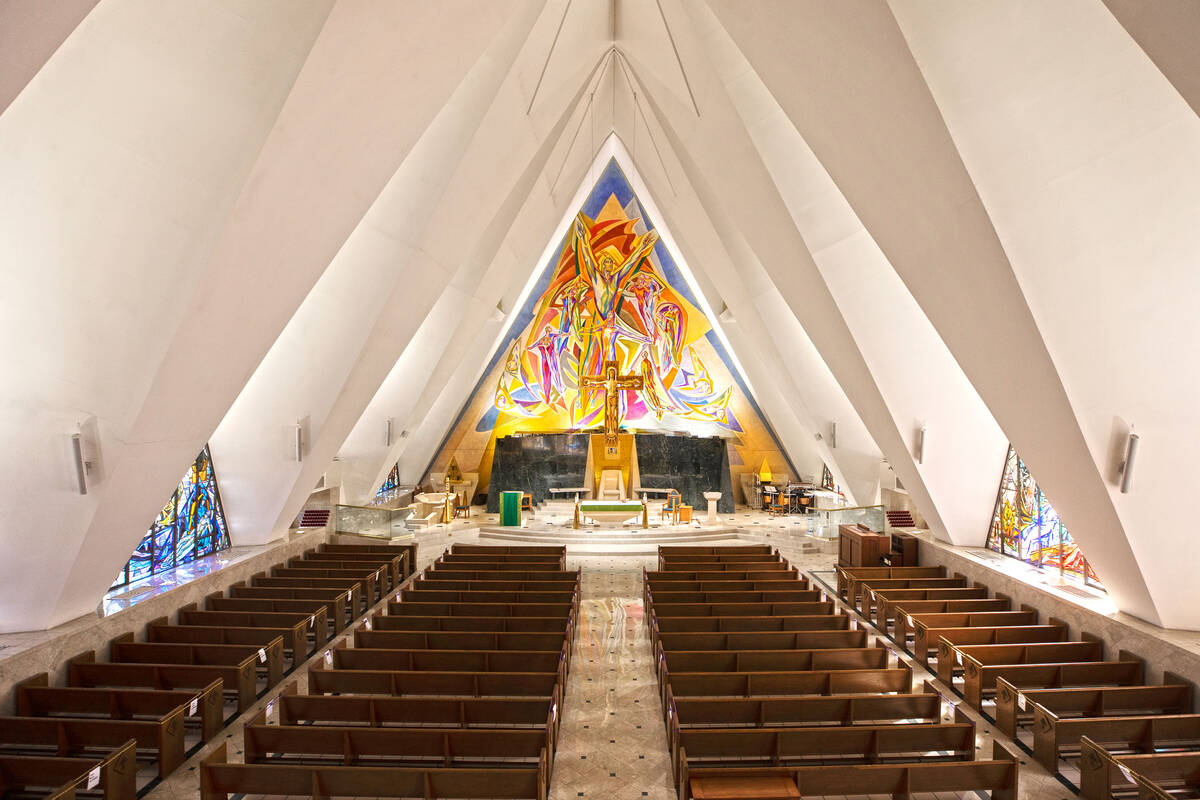 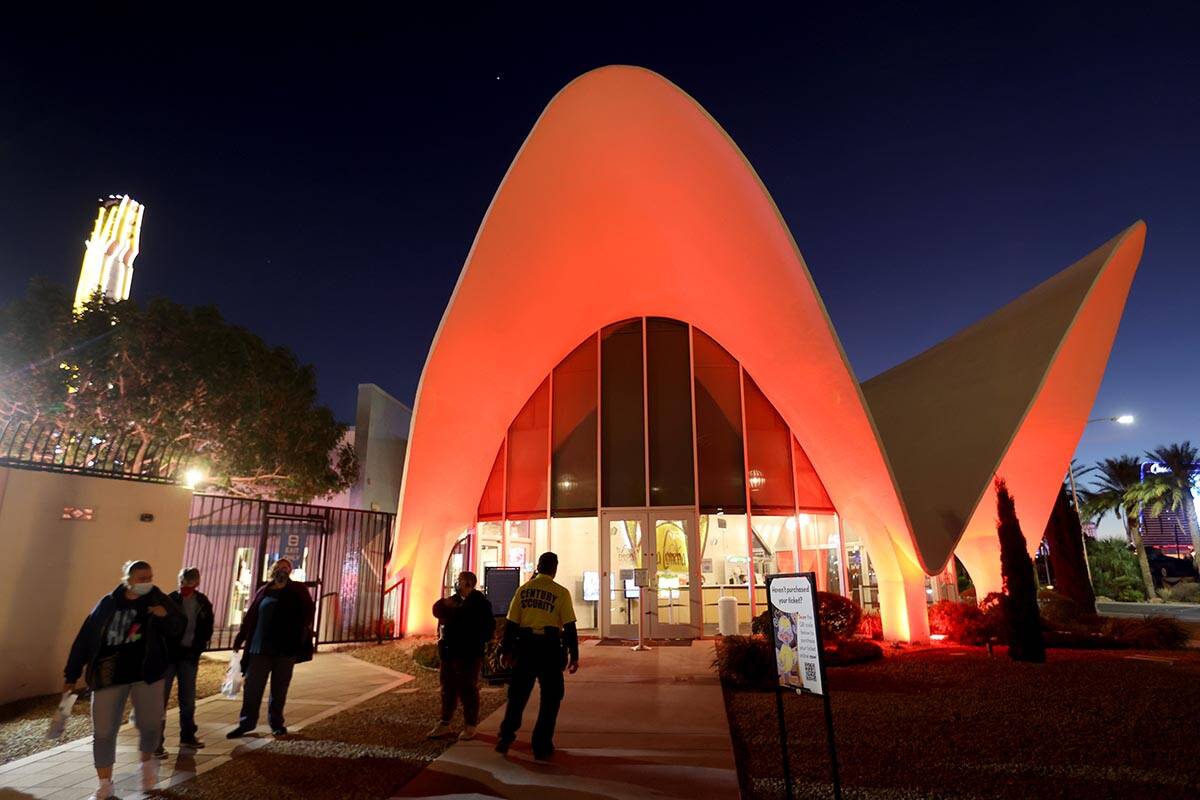 People enter the Neon Museum in downtown Las Vegas Sunday, Dec. 5, 2021. The COVID-19 pandemic delayed plans for the museum to expand into the shuttered Reed Whipple Cultural Center. The project has now been called off. (K.M. Cannon/Las Vegas Review-Journal) @KMCannonPhoto 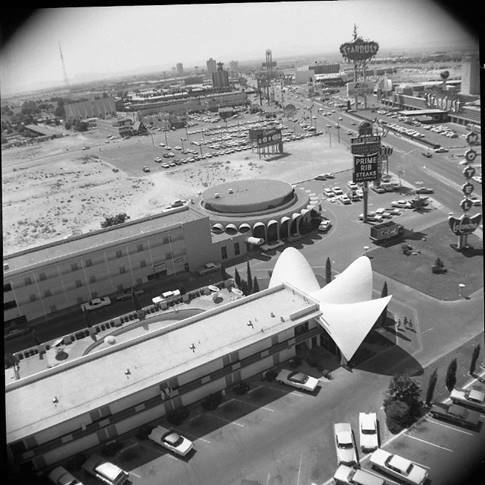 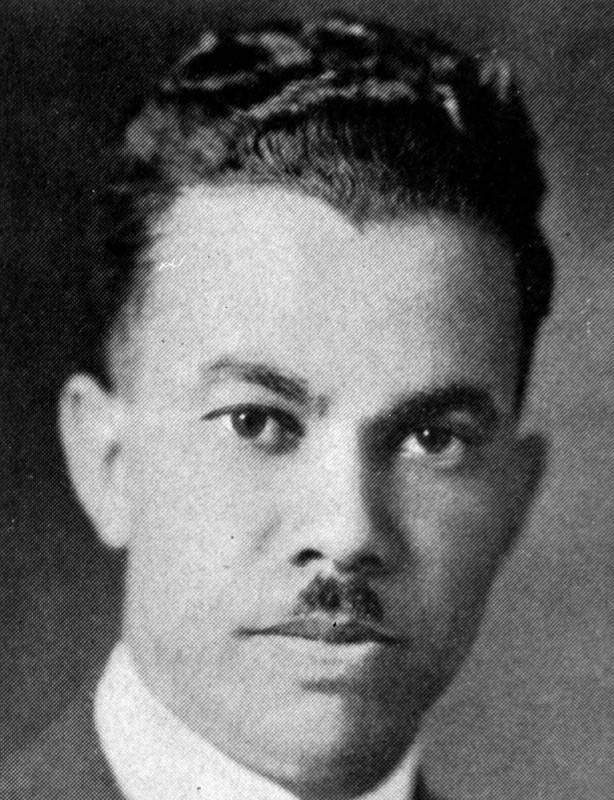 Aaron Berger was originally an architecture major at College of Charleston in South Carolina. The book “Learning from Las Vegas” was required reading in his coursework.

Berger, however, didn’t heed the requirement. He did not read the groundbreaking architectural book as he shifted his major to art history. But today, “Learning from Las Vegas” is certainly required (and repeated) reading in Berger’s role as executive director of the Neon Museum.

The book is credited with advancing postmodern architecture and is still being taught in schools some 50 years after original release. Its comparison between a “duck” and “decorated shed” in modern architecture has inspired the inaugural “Duck Duck Shed: Celebrating Las Vegas Architecture, Design, and Culture” festival Thursday through Sunday.

Presentations are scheduled for Circa’s Legacy Club and Ballroom (go to duckduckshed.com for the entire schedule and information). Among the sessions: “The View from Flamingo Road: How Las Vegas Mastered Modernism” at 6 p.m. Thursday; “Two Perspectives on Paul Revere Williams” at 11 a.m. Friday; “The Gilded Cage: The Psychology of a Casino” at 2 p.m. Friday; “Denise Scott Brown: Reflections” from the surviving author of “Learning From Las Vegas, at 11 a.m. Saturday.

Taken together, the festival is to celebrate the city’s history and educate visitors about Las Vegas’ distinctive architecture. The “duck” and “decorated shed” terms used to distinguish between types of hotel-casino designs.

“A decorated shed would be basically anything up and down Fremont Street, something that needs a sign in front of it to explain what it is and say, ‘This is the Golden Gate versus the Golden Nugget,” Berger says. “A great example of a duck is New York-New York, or Luxor, or Excalibur, these buildings that are built in such a way that they represent what they are just by their architecture themselves.”

Berger asserts no design is preferred over another. But the historian says he has had several conversations with resort executives over the past couple of months, as the “Duck Duck Shed” event has approached.

Some officials wonder if they work in the “shed” or “duck” class (anecdotally, we’ve had better luck gambling at “sheds” than “ducks”).

“I had one GM who said, ‘Oh, God, I used to work at a duck. Now I’m working in a decorated shed. I need to build a duck as part of our future plans,’ ” Berger says. “So this became a kind of mentality of, how do we incorporate the fact that one is not better than the other. It isn’t necessarily better to be a duck than a shed.”

The sessions delve far deeper than that history and comparison. Berger says guests should be particularly fascinated by “The Gilded Cage” session. Architects who designed modern-day Vegas resorts talk of the evolution from operators who simply didn’t hang clocks or install windows, and offered 99-cent shrimp cocktails to pin customers to the casino.

“It’s the idea of what is designed to keep you there,” Berger says. “You’re in this very luxurious and beautiful place, in some cases, and you can’t leave. So whether that is the Michelin-star restaurant. Or, what used to be the topless dancers at the ‘Lido’ is now Katy Perry at Resorts World. What are the things that keep people in the Cosmopolitan and not get lured to the Paris or the Bellagio? Or one of the other properties that are so close in one of the directions?”

After more than a half-hour, Berger seems just warming up. “We could go on for hours about this topic. The core of what we are talking about are the things that are uniquely Las Vegas.”

Get to know Coop’s Cabaret & Hot Spot at the Commercial Center. This place will be hot — hot, I tell you! The new venue takes the spot where The Nevada Room ran for about 15 months before closing in August.

Look for Coop’s to open Dec. 1 (if not sooner) for lunch buffet shows until it receives its liquor license in January. Then it will run as a full supper club. Hospitality pro Chris Cooper, who gained training at the University of San Francisco’s Hospitality Management Program, is the venue’s new proprietor. There is a new audio system, new design, new operations team being installed.

We are optimistic many entertainers whose shows were cut when Nevada Room closed will have a new place to play. Vocalist and promoter Julian Miranda is booking the acts. Bobby Watson, who helped build out the original Nevada Room and also Sky Dee Miles’ shows at Ghostbar, working his magic at this venue. More on this venture to come.

The All-American Rejects were to play a no-cover, pop-up show Saturday night at SoulBelly BBQ in the Arts District. Front man Tyson Ritter caught the SoulBelly Chef Bruce Kalman’s band at the venue last fall and eventually joined the act onstage. Kalman and Ritter became buddies, leading to the event Saturday, which was announced also on Saturday.

Beverly Rogers is the first seated guest at The Beverly Theatre in downtown Las Vegas. There was no show for this event on Tuesday, as The Beverly Creative Director Kip Kelly took a few shots of Rogers occupying one of the theater’s 146 seats. The colors are variations of lively reds. Kelly said an ample amount of discussion and planing went into “color, style, fabric, size, from and functionality.” I recall Smith Center President Myron Martin saying about the same thing years ago when deciding on the seats for Reynolds Hall. It’s time well-spent.

Lily Arce was to sing with Jen Romas’ “Exxite” revue on Saturday night at Larry Flynt’s Hustler Club. Arce is singing with David Perrico and the Raiders House Band on Sunday.

“The Showman” starring the indefatigable Frankie Scinta, plays Italian American Club Showroom at 6:30 p.m. (dinner) and 8 p.m. (show) Thursday. Scinta recently sold out a weekend at South Point Showroom and is a blast to see, every time out. Go to iacvegas.com for the info.