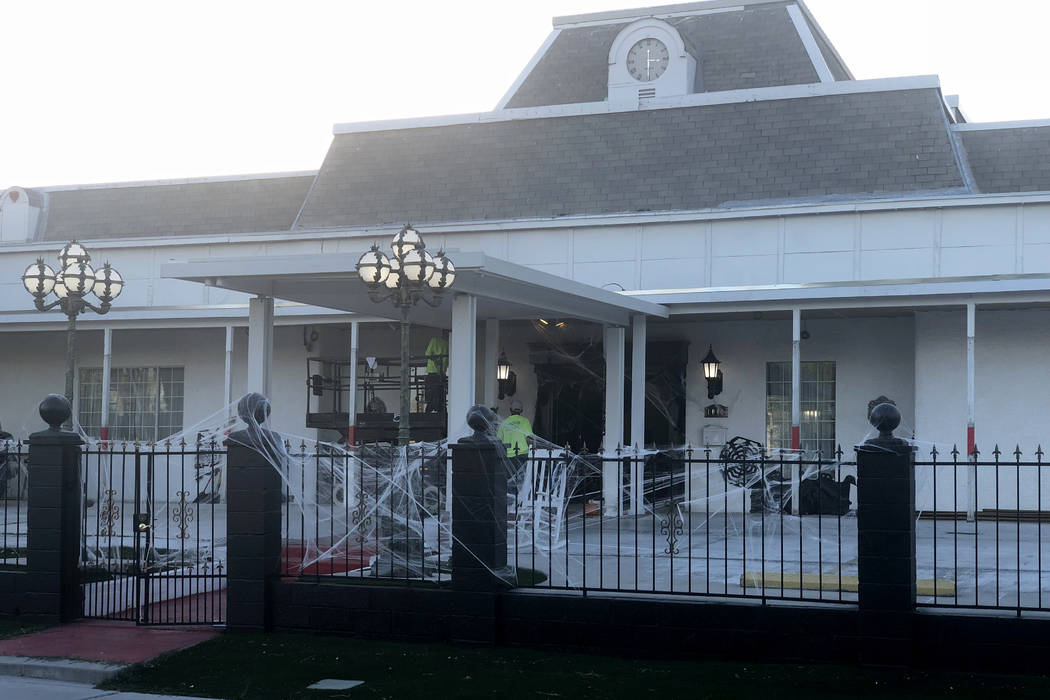 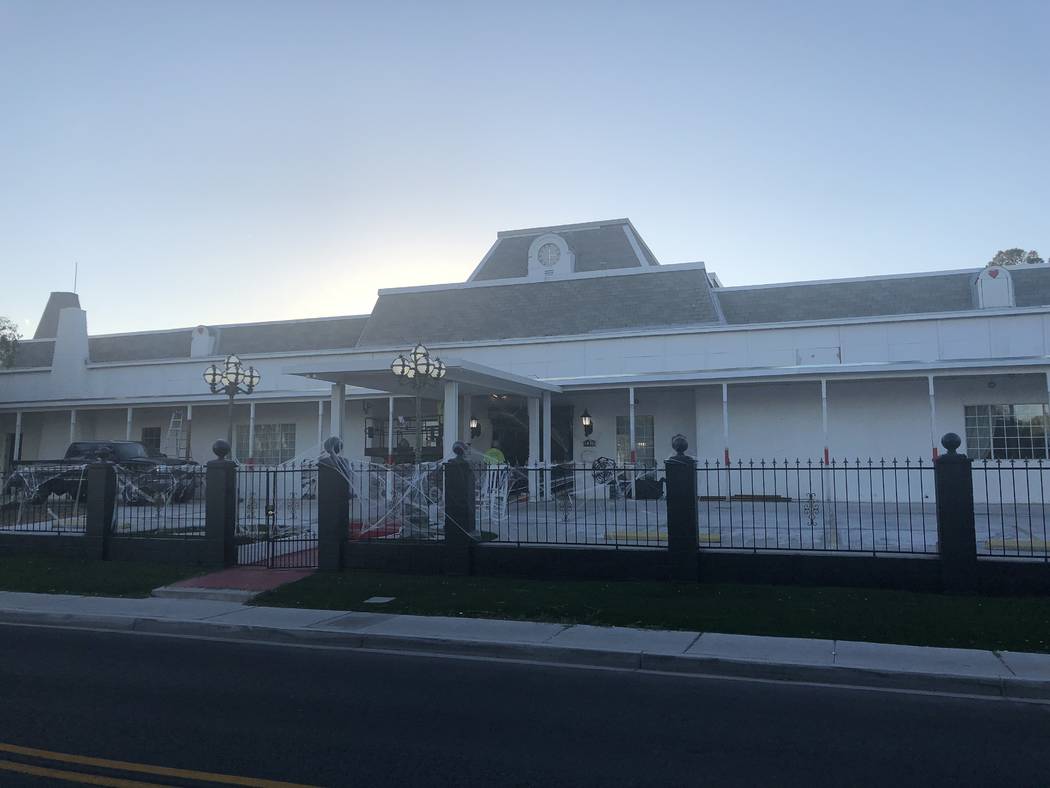 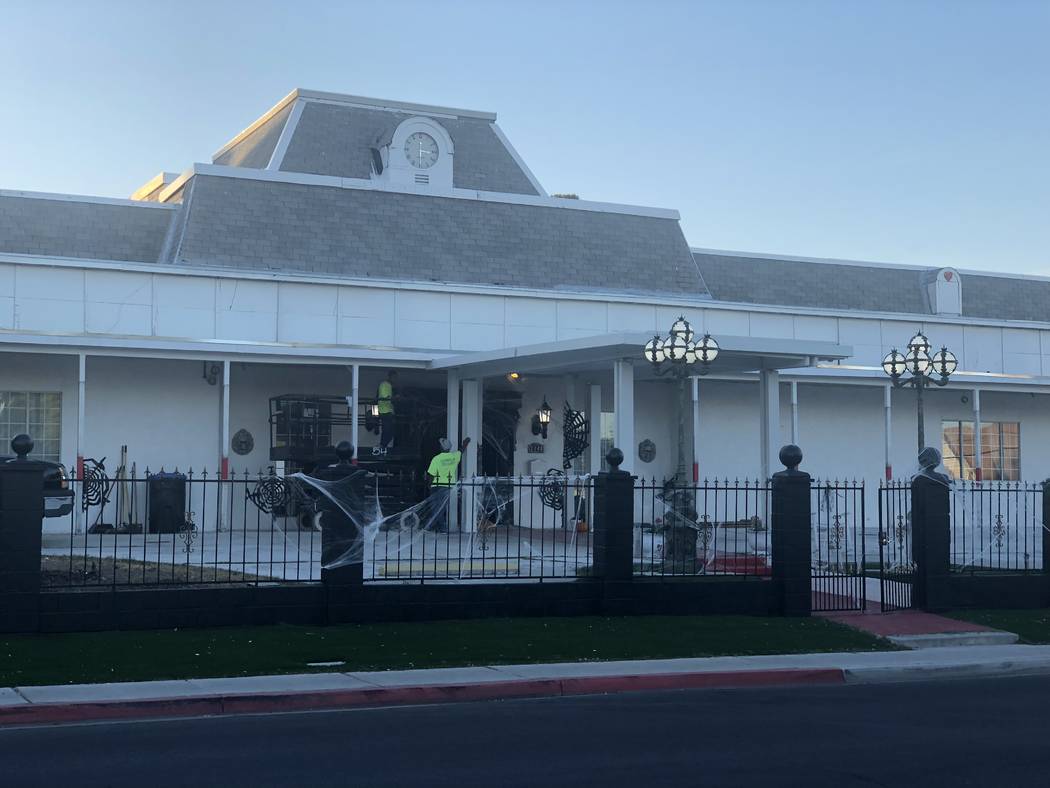 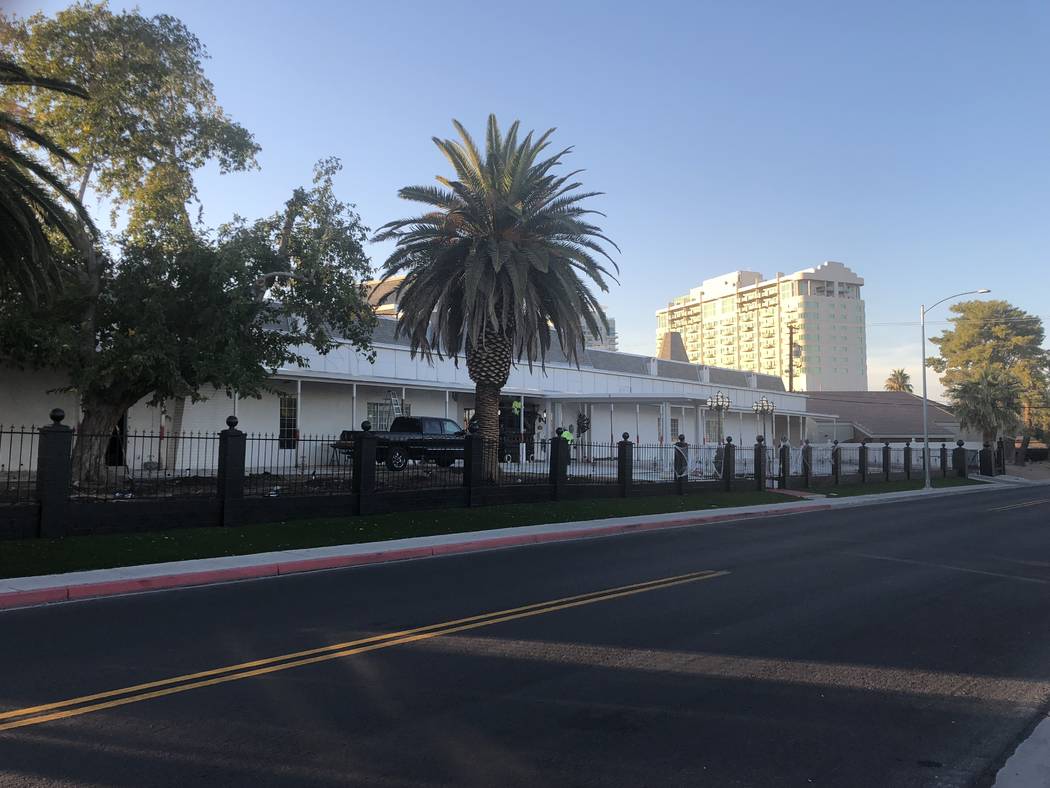 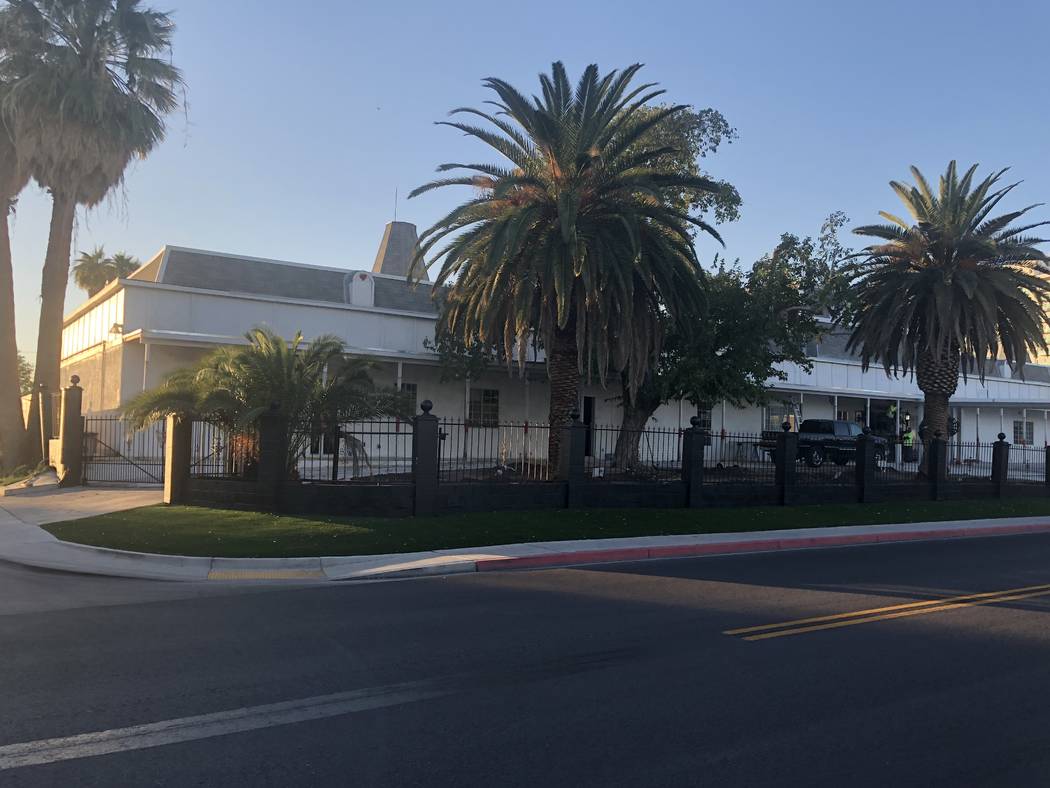 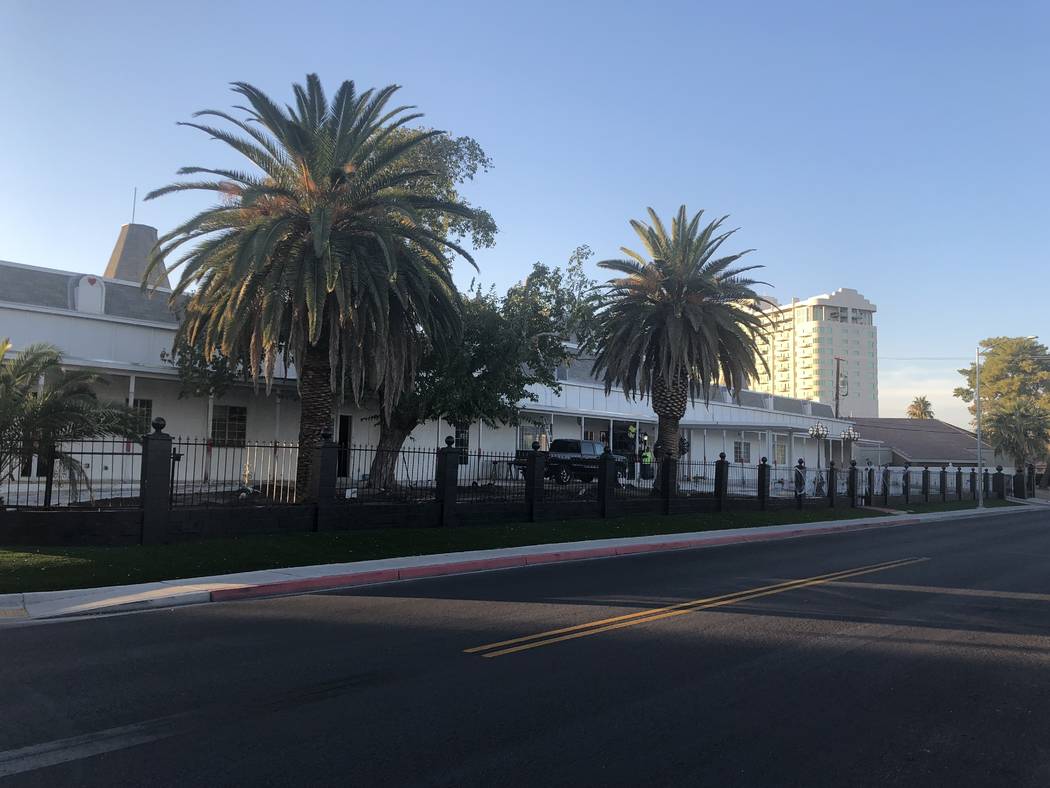 The House of Glue and Glamour has changed hands.

The historic Hartland Mansion has sold, closing on Sept. 10, after a lengthy and arduous selling period, according to now-former owner Garry Hart.

The Hartland exterior has been repainted stark-white and jet-black, replacing the previous white-and-cherry-red decor. Giant decorative spiders and webs were in place early this week for a neighborhood Halloween event, which was open to the public.

Hart had been the property’s proprietor for the past several years, as a member of the famed Hart entertainment family of Las Vegas. He’d spent upwards of $15,000 a month to keep the 31,000-square foot manse open and funded, a significant reason he wanted to move the property.

Hart had rented the venue out for such events as weddings and memorial services, and also for charity fundraisers (including such spectacles as the wedding of Zowie Bowie’s Chris Phillips and his wife, Jennifer). The place has long been a focal point on the Vegas entertainment and cultural scene.

Scenes for the movie “Casino” were filmed in Hartland. The Muppets and Cee Lo Green starred in the Christmas-season video “All I Need Is Love” at the property, and in the summer of 2017, the Las Vegas string ensemble Femmes of Rock featuring Bella Electric Strings staged a video to “Eleanor Rigby” at Hartland.

Over the years, the mansion attracted an array of stars ranging from Ginger Rogers, Willie Nelson, Engelbert Humperdinck and Michael Jackson. The Las Vegas Philharmonic once performed a show in the mansion’s Grand Party Room for 400 guests.

The company listed as buyer, Epic Venues LLC, operates two slick event venues in San Jose, Calif., The GlassHouse and Corinthian Ballroom. The Hartland exterior has been repainted stark-white and jet-black, replacing the previous white-and-cherry-red decor. Giant decorative spiders and webs are in place for what seems to be a big Halloween event

Standing regally at 1044 S. Sixth Street just east of Las Vegas Boulevard (and a bit south of Zak Bagans’ Haunted Museum), Hartland was listed for $3.5 million in 2015; the recorded sales price was $2.9 million.

Hartland’s history dates to the 1940s. The fortress features 13 bedrooms, an “Elvis Room” where the King was known to occasionally reside, an entrance hall with a 35-foot domed ceiling and an Olympic-sized, indoor swimming pool.

Toni Hart, a former gospel singer and evangelical preacher, originally built the home. Her son Larry, a Las Vegas producer behind the stage show “Sisterella” and a Grammy Award-winner for the gospel song “What a Friend,” died in June 2015. Larry hand-designed the home with little more than a glue gun and a dream; it’s distinctive decor sparked a New York Times headline, “A Las Vegas Mansion: Glue-Gunned to Perfection.”

Hart family member Linda Hart — older sister of the Hart brothers — has forged a successful career as an entertainer. She appeared in “Hairspray” and “Catch Me if You Can” on Broadway, and was also a backup singer for Bette Midler.

Garry Hart had not resided in the mansion, but did oversee all of its operations and booked events on the property even as it was on the market. As he says, “It’s a historic place, and it’s part of the city’s history and the Hart family’s legacy. But times change, and life goes on.”