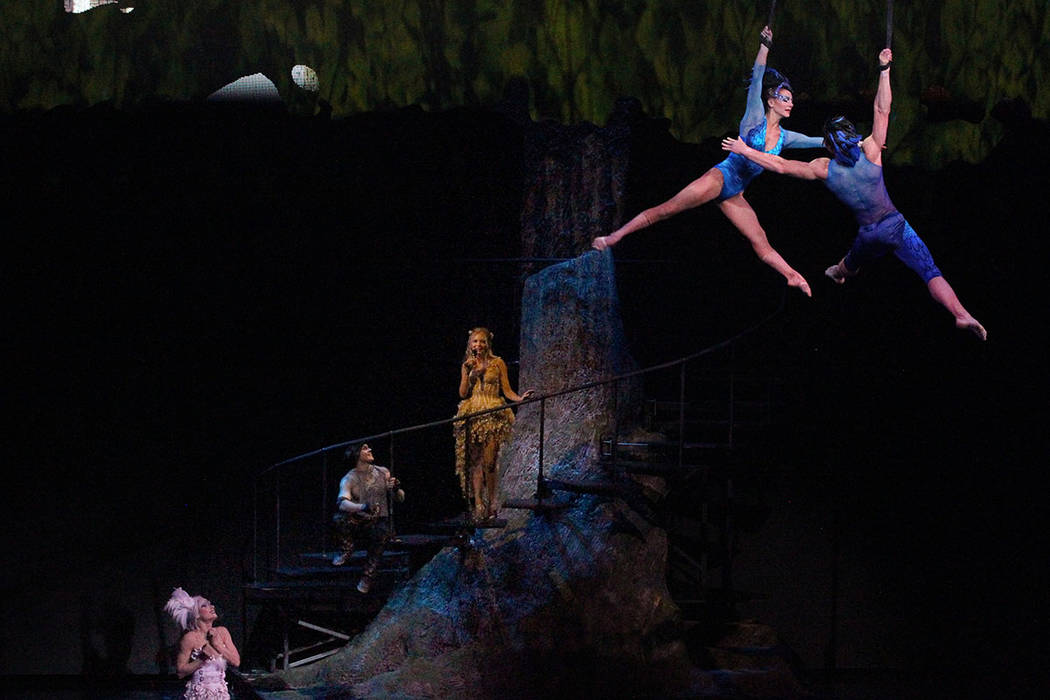 Singer-songwriter Jewel, third from left, with Cirque performers during rehearsal Thursday, March 1, 2018, for Cirque du Soleil's "One Night for One Drop" show in Michael Jackson ONE Theatre at Mandalay Bay. The annual benefit show raises money for One Drop Foundation which brings clean water to communities around the world. This year's show, based on the life of Jewel, will take place Friday. K.M. Cannon Las Vegas Review-Journal @KMCannonPhoto 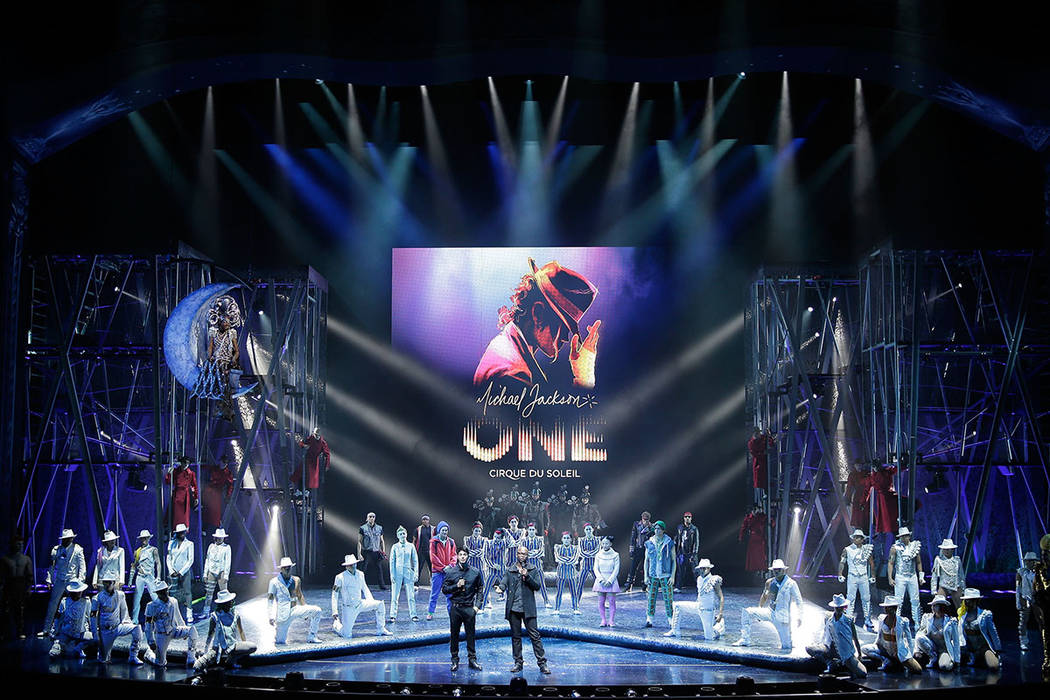 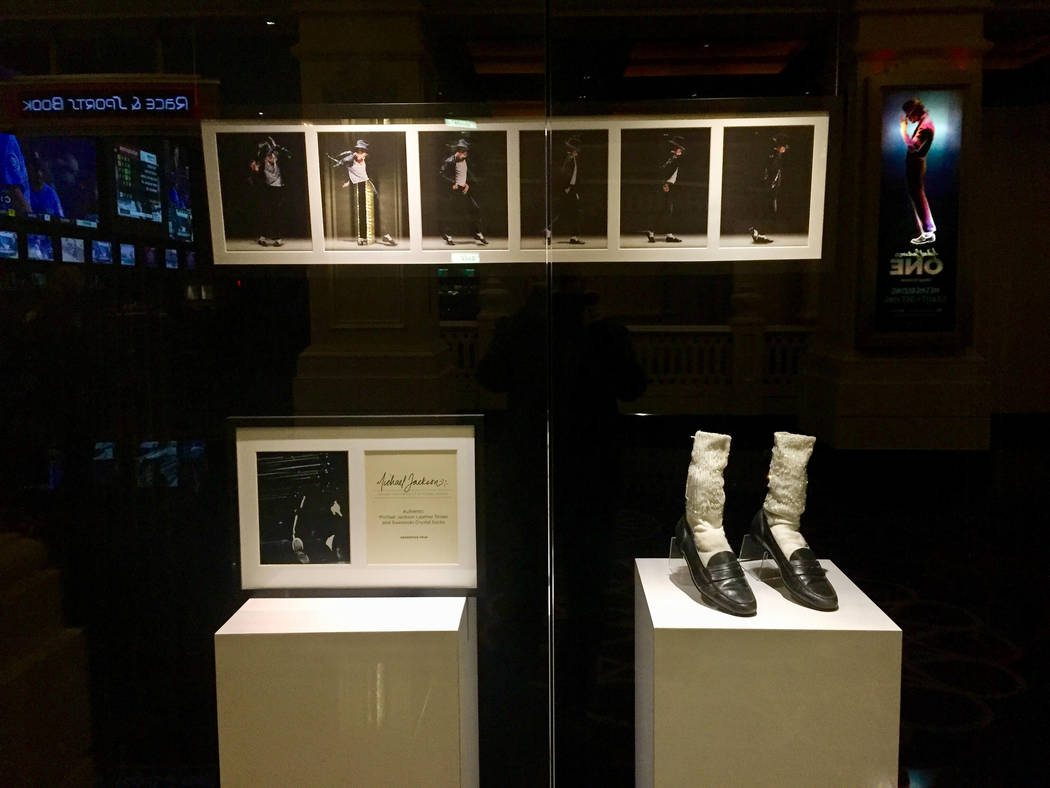 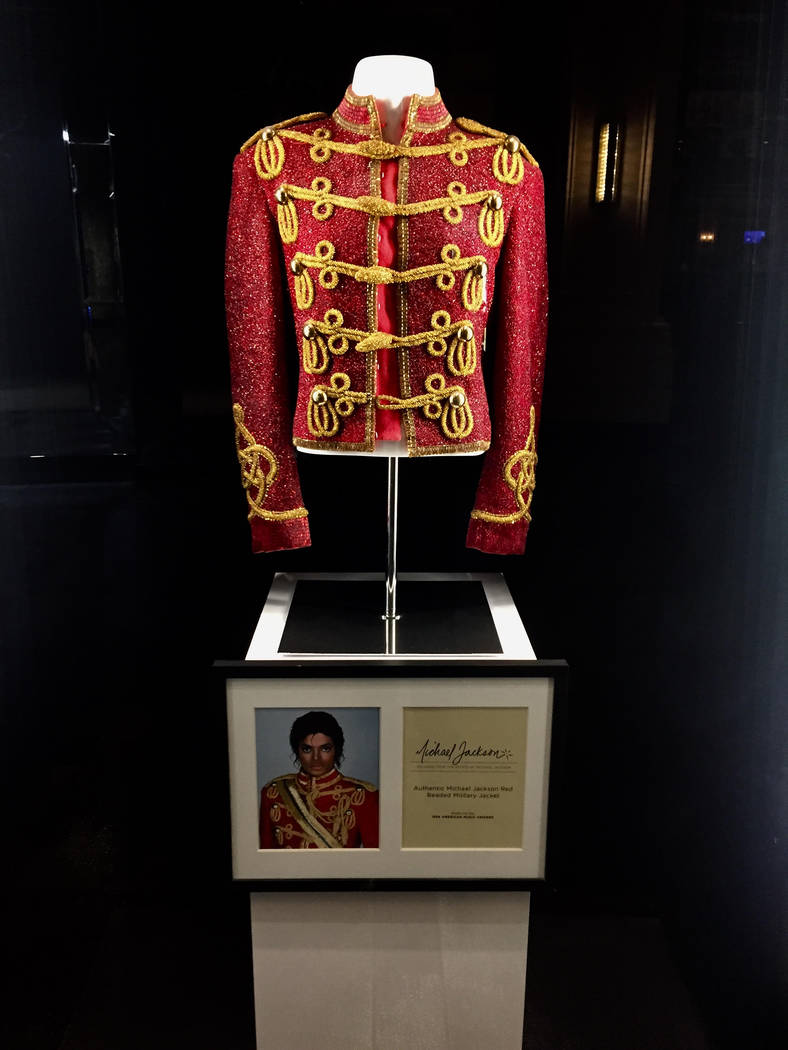 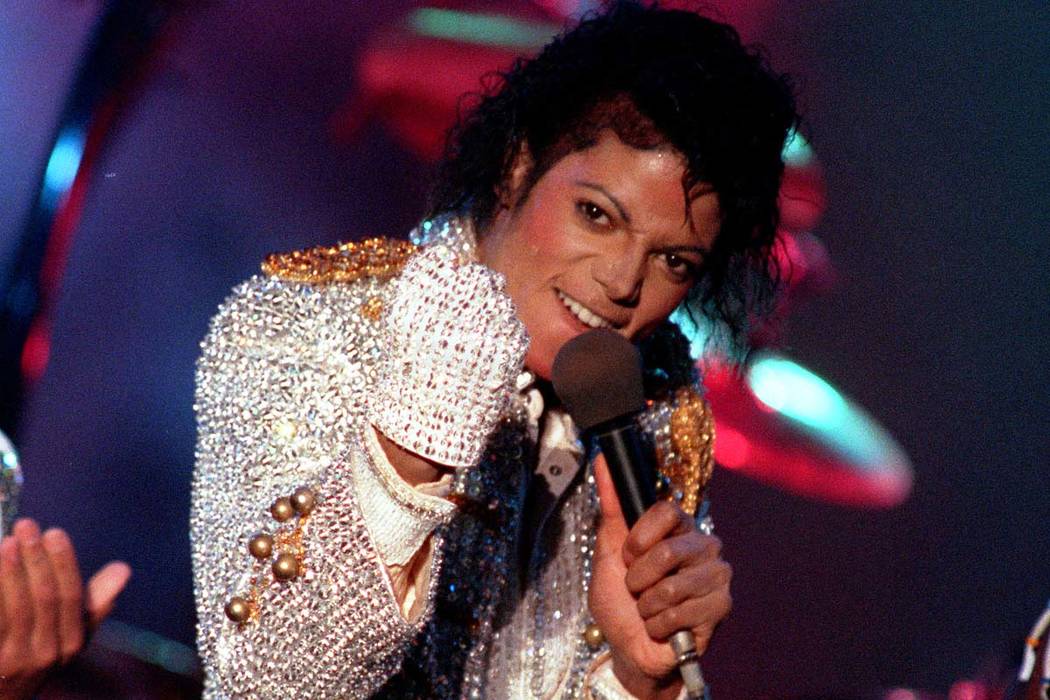 The Michael Jackson estate has sent a letter to the U.K.'s Channel 4 warning that a documentary on men who accuse the singer of molesting them as boys violates the network's programming guidelines. Estate attorneys say in the letter released to The Associated Press on Monday, Feb. 11, 2019, that "Leaving Neverland," includes no response from Jackson defenders as the channel's guidelines require. (AP Photo/Doug Pizac, File)

The explosive, unsettling HBO documentary “Leaving Neverland” has forged a re-examination of Michael Jackson’s legacy and initiated calls for the Cirque du Soliel production “Michael Jackson One” at Mandalay Bay to be shut down.

Cirque du Soleil officials responded to that petition and widespread outrage over the allegations in the film by saying, “Because of current legal proceedings involving one of our partners, we will not comment on this situation.”

Those legal proceedings are related to the Jackson family, which is suing HBO for $100 million over allegations spelled out in “Leaving Neverland.” The family has referred to the film as a “public lynching.” The Jackson estate is partners in the Cirque show, which launched at Mandalay Bay in May 2013.

The two-part documentary, which first aired on Sunday and Monday nights, focuses on a detailed chronicle of alleged sexual abuse by Wade Robson and James Safechuck, who gained notoriety as talented dancers as little boys who befriended Jackson in the 1980s and 1990s.

Robson danced with Jackson during Jackson’s world tours and today is a renowned choreographer who has worked with Britney Spears and ‘NSync. He was known in Las Vegas for his work on the Cirque-Criss Angel “Believe” show at Luxor, and had also reportedly sought to work on the “Michael Jackson One” production on the Strip.

In a letter from 2011 obtained by the Blast, In a letter, Robson asked Cirque official Jean-François Bouchard for a job with the production. Robson wrote “there are very few subjects I know about more than Michael Jackson.” He was reportedly involved with the show early on, but left to take a directing position elsewhere.

Robson then returned, asking for another shot with the Cirque show, but was turned town.

Two years later, Robson filed a lawsuit alleging Jackson had molested him as a child. That suit was filed in May 2013, just as “MJ One” was opening.

Safechuck was featured in Jackson’s famous Pepsi TV commercial and is now out of show business.

Now adults, the two men came forward to contribute to the documentary after years of denying Jackson had committed any wrongdoing. They both recount alleged instances of sexual acts with Jackson from when they were little boys into their early teens.

Two other major stage shows feature Jackson characters. “MJ Live” at The Strat is a full-scale concert tribute to Jackson. “Legends in Concert” at the newly minted Legends In Concert Theater at Tropicana, rotates a Jackson character into its lineup of superstars.

The character has not been featured onstage in the show at the Trop but was onstage late last year at Flamingo Las Vegas and is still featured in videos on Legends’ official website.

On Wednesday night, a “Legends” spokesperson issued the following statement as the fallout continues from “Leaving Neverland.”

“Legends in Concert celebrates the history of popular recorded music and has for 35 years. We have always rotated a multitude of tribute artists throughout the year representing a variety of music genres,” the statement said. “Currently, we don’t have a Michael Jackson tribute artist in the Las Vegas version of our production, nor do we have one scheduled to be in the show in the immediate future. We will continue to rotate many different tribute artists through our various limited engagements and venues across the country and around the world, as we continue our legacy of celebrating excellent popular music.”