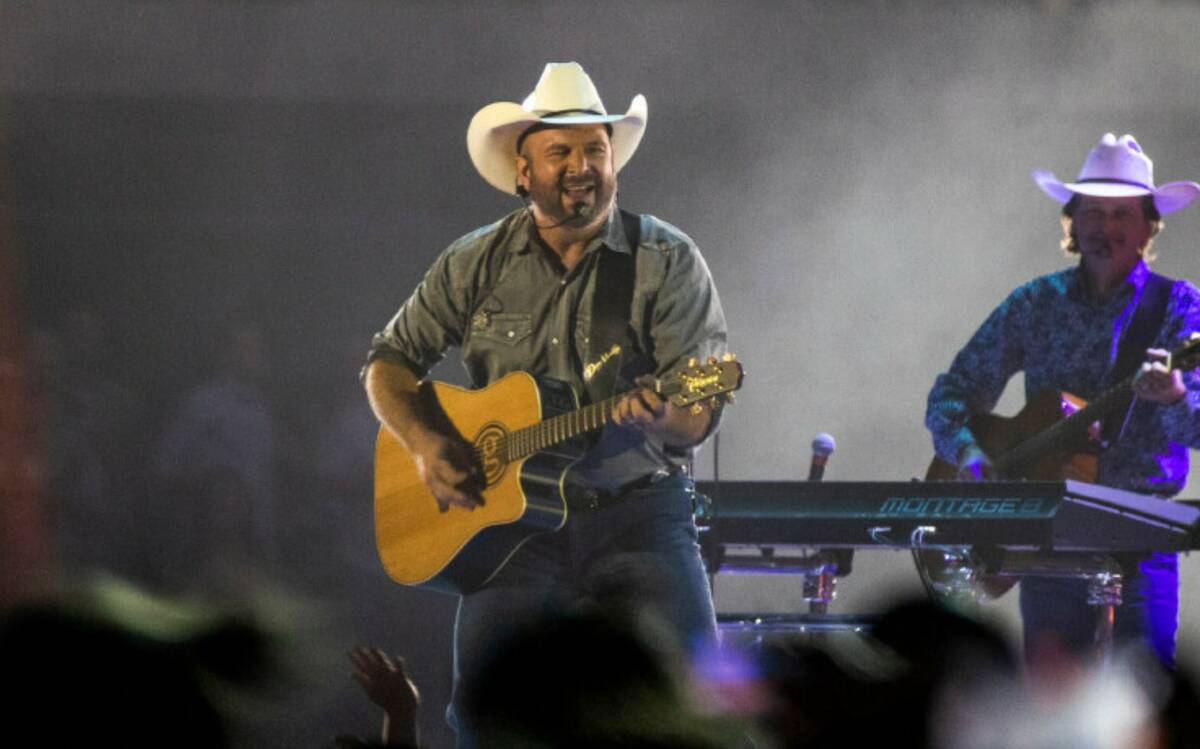 Garth Brooks is buckling up for another run at Las Vegas.

The country superstar formally announced his residency at the Colosseum at Caesars Palace on Monday. “Garth Brooks/Plus ONE,” will open next year, starting May 18 and continuing for 27 dates through June, July, November and December of 2023.

The show is being sold through Ticketmaster Verified Fan. Registration runs through Thursday.

The Verified on-sale will begin 10 a.m. Pacific time Nov. 21, for registered fans. Only fans who have received a unique code will have the chance to purchase tickets for performances on a first-come, first-served basis. Go to Ticketmaster.com/GarthVegas for information. Because of the limited quantity of tickets available, if demand from Verified Fans exceeds supply, there will not be a public on-sale.

A Brooks residency was originally announced in this space in August. Most recently, late-March was anticipated as the opening, which was off by a a few weeks. But Brooks is headlining, and he and his worldwide fans should have a big ‘23.

“Vegas is the place where anything goes, and The Colosseum at Caesars is the heart of Vegas,” Brooks said in a statement. “The perfect combination to present a show that will not only push the envelope, it’s gonna shred it.”

The “Plus ONE” was not specified. Brooks has appeared onstage in Vegas, and elsewhere, with his superstar wife, Trisha Yearwood. The crowd has roared each time she’s joined the party.

Brooks said Monday during an appearance on “Good Morning America” that Yearwood would sing in the show. He answered co-host Robin Roberts’ question about Yearwood, “I think they would actually meet me with a noose at the bus if I didn’t bring Miss Yearwood.”

Occasional guest stars are in the show’s format. During his “GMA” appearance, Brooks said his band will sit in the audience for the performances.

“Any time you want a fiddle just to come up and join you, anytime you want just percussion and background come up and sing. Or, it’s just you. Or, the whole band for ‘Friends in Low Places,’ it’s going to be stupid.”

Stupid, in a positive context.

The resort’s executives are thrilled to host Brooks in the building.

“Having Garth Brooks, one of the greatest of all time, bring his tremendous talent and an entirely new show to The Colosseum only adds to the remarkable legacy of Caesars Palace,” said, Anthony Carano, President and Chief Operating Officer for Caesars Entertainment. “We are confident that Garth Brooks/Plus ONE will be an unforgettable live entertainment experience for our guests, and we are honored that he’s chosen to join the Caesars Entertainment family.”

“When Garth Brooks dedicated himself to a Las Vegas Residency at the Colosseum at Caesars Palace, fans around the world were all definitely dealt a winning hand,” said Bob Roux, President of U.S. Concerts for Live Nation. The concert company is in an exclusive booking partnership with Caesars Entertainment at the Colosseum.

Brooks has performed several one-offs, tour stops and a memorable residency in Las Vegas. He debuted at the Desert Inn in January 1991, a co-headlining bill with Carlene Carter, who is Johnny Cash’s stepdaughter and the daughter of late country singing stars June Carter Cash and her first husband, Carl Smith. He wiped out four shows at Thomas & Mack Center in 1998 (selling more than 72,000 tickets in less than an hour).

Lured by lucrative stipend and a private jet from Steve Wynn, Brooks starred in his terrific acoustic show at Encore Theater from 2009-2014. He returned for four shows at the then-new T-Mobile arena spanning June and July 2016.

Brooks then headlined Allegiant Stadium in August 2020, the first country act ever at the venue. He shifted to more a more intimate vibe, performing his “One Man Show” twice at Dolby Live in February.

In his most recent shows, ran a range of his own hits and classic covers. “Rodeo,” “Friends in Low Places,” “The Dance,” shared a show with “Piano Man,” “American Pie,” “Turn The Page,” “Hallelujah” and “Unchained Melody.”

Plugging a place that brings to mind Brooks’ former haunt Willie’s Saloon in Stillwater, Okla., Tom Yankton plays Stoney’s Rockin’ Country at Town Square at 10 p.m. (doors at 7 p.m.) Friday. Yankton is rowdy high-energy, and steams in the millions. He’s opened for Luke Bryan, The Brothers Osborne, Walker Hayes and Riley Green, among other artists. It’s an 18-over experience. General admission for 21-over are $10 in advance, $15 at the door. For 18-over, its’ $15 in advance, $25 at the door. Boots, and also scootin’-boogie, recommended. Go to stoneysrockincountry.com for details.