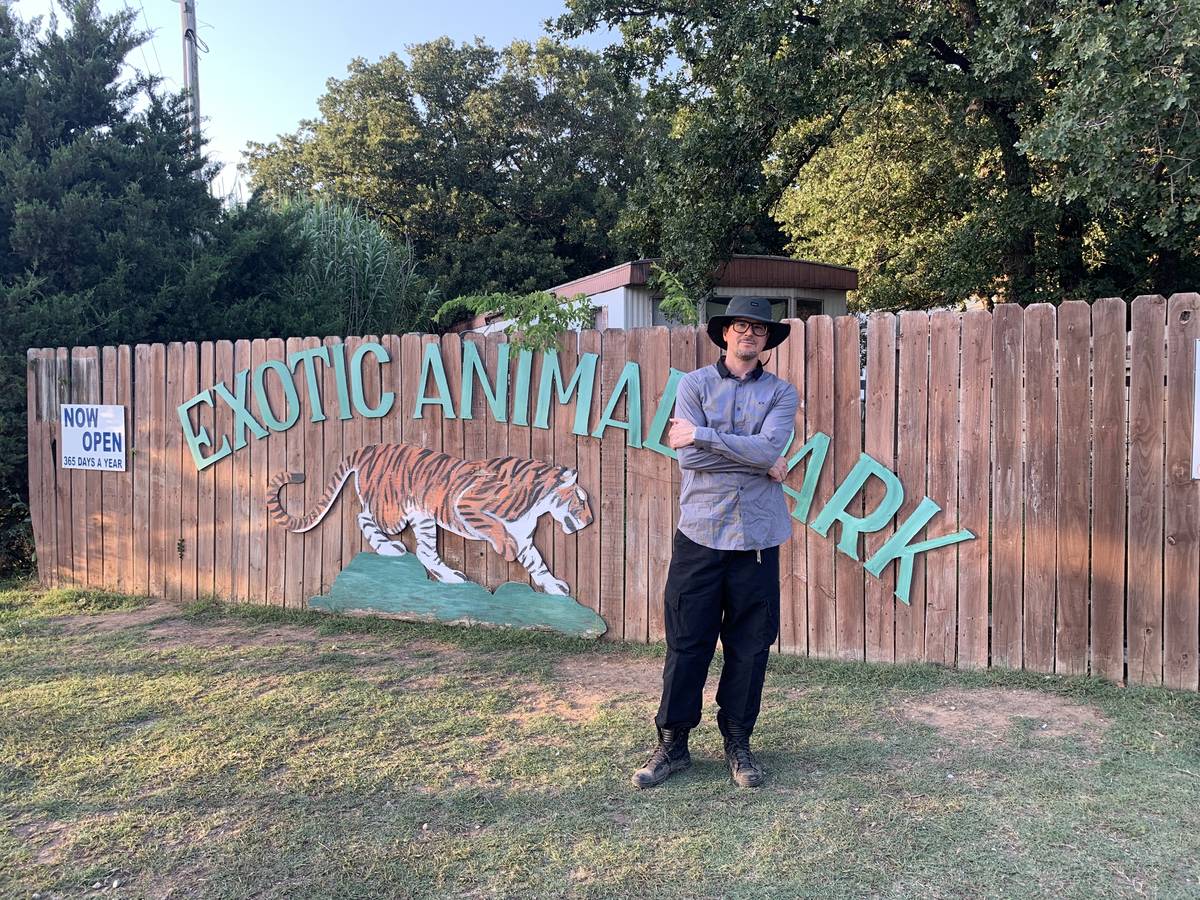 Zak Bagans is shown at the sign at the entrance Greater Wynnewood Exotic Animal Park on Saturday, July 10, 2020. Bagans plans to display the sign at his Haunted Museum in Las Vegas. (Zak Bagans) 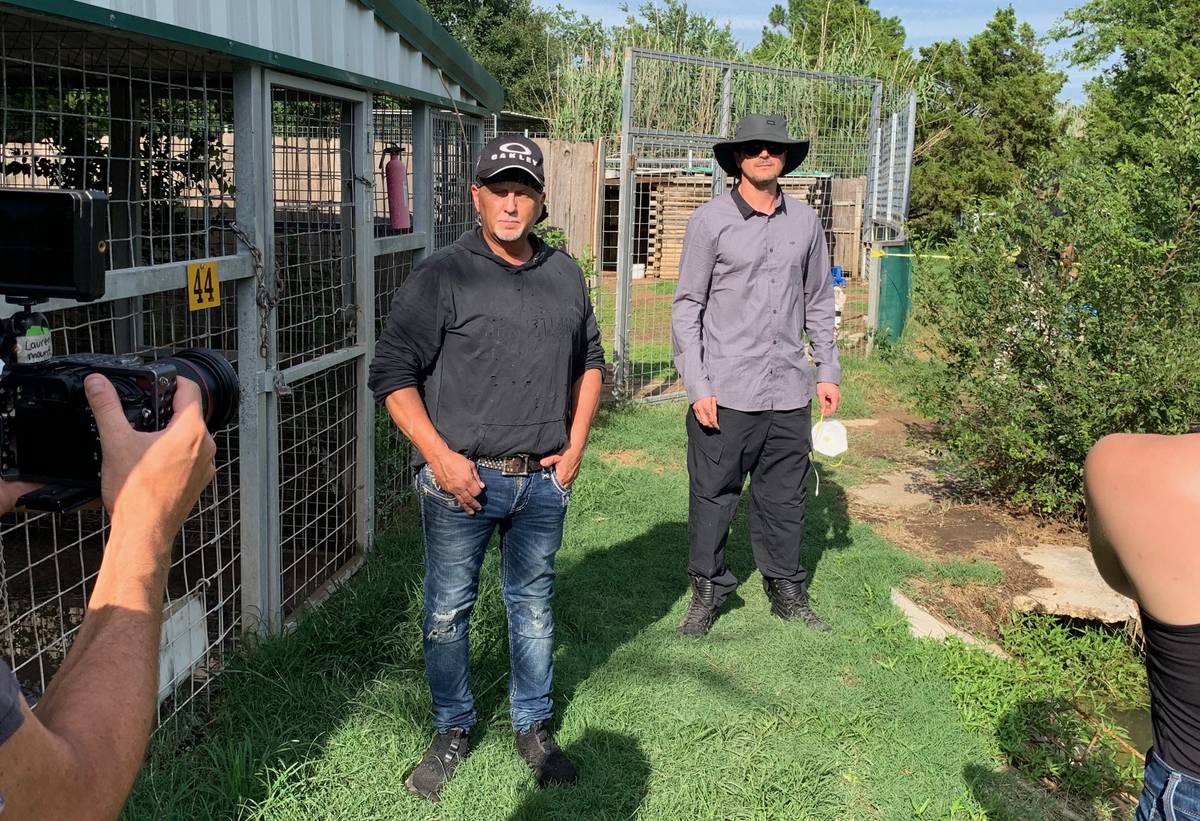 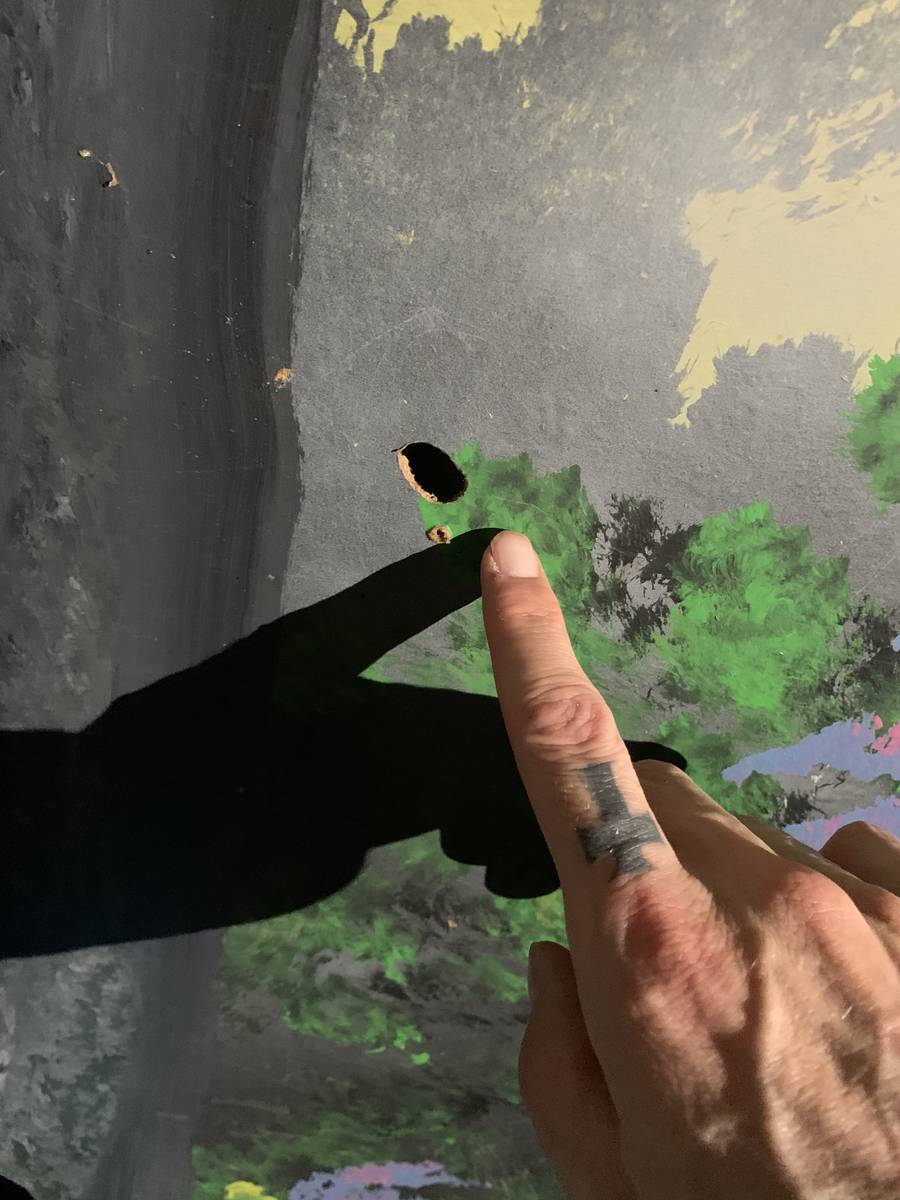 Zak Bagans points to a bullet hole at the scene of Travis Maldonado's suicide at Greater Wynnewood Exotic Animal Park on Tuesday July 7, 2020. Bagans plans to display the at his Haunted Museum in Las Vegas. (Zak Bagans) 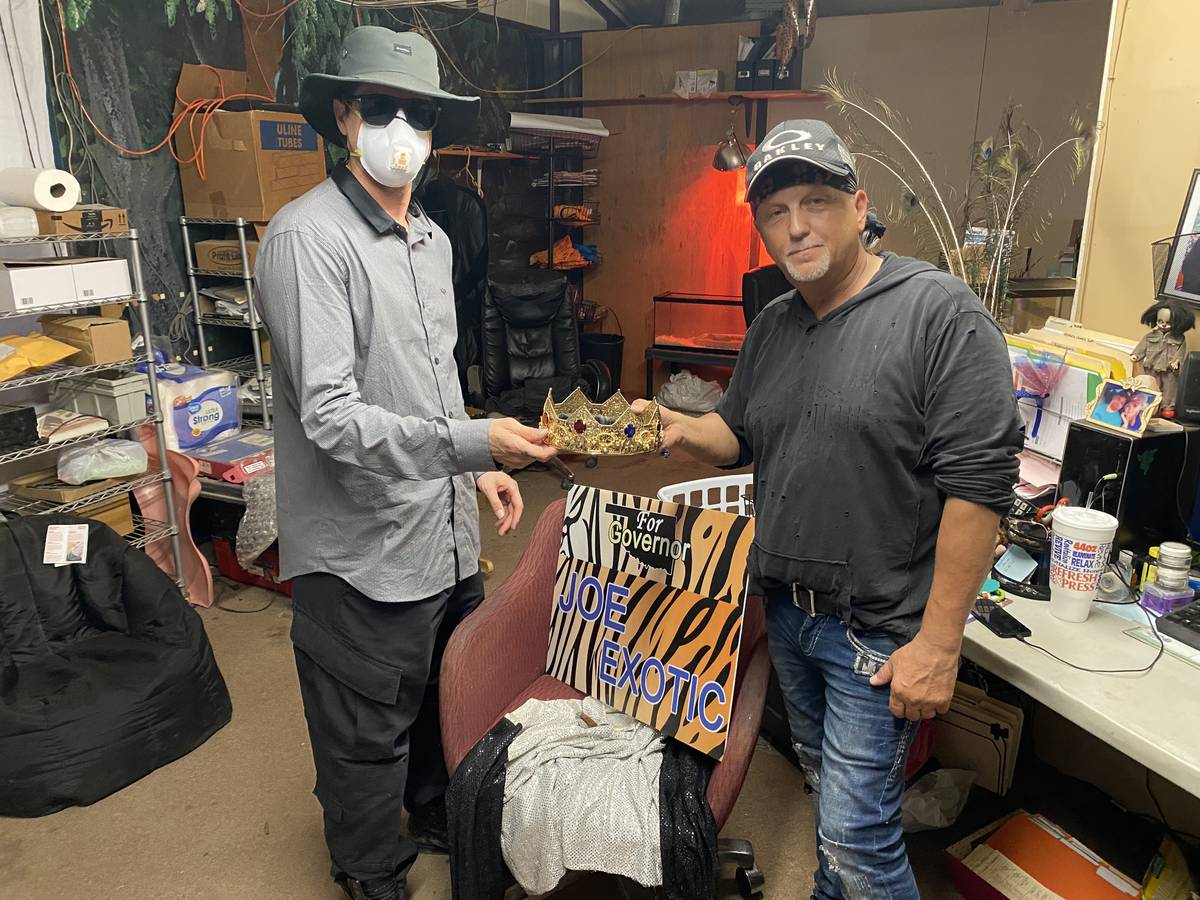 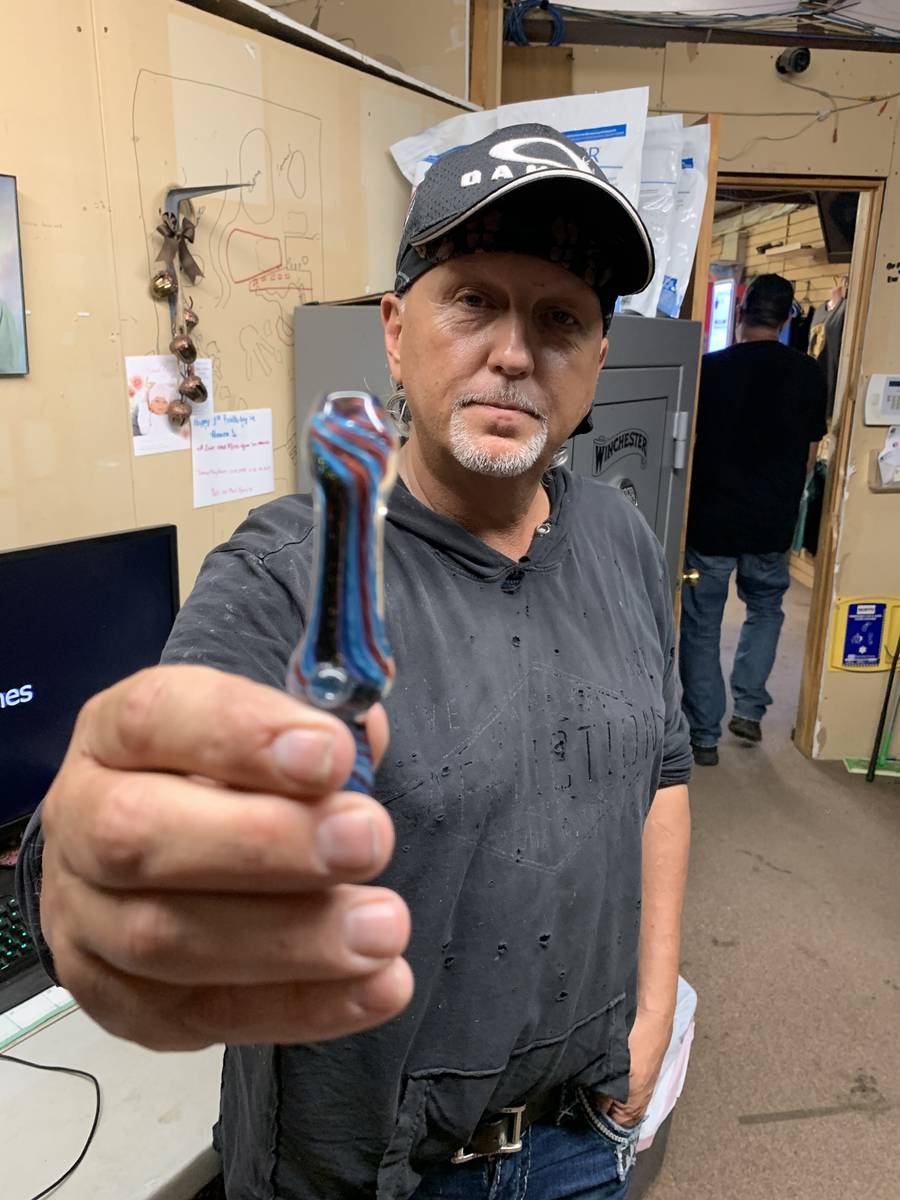 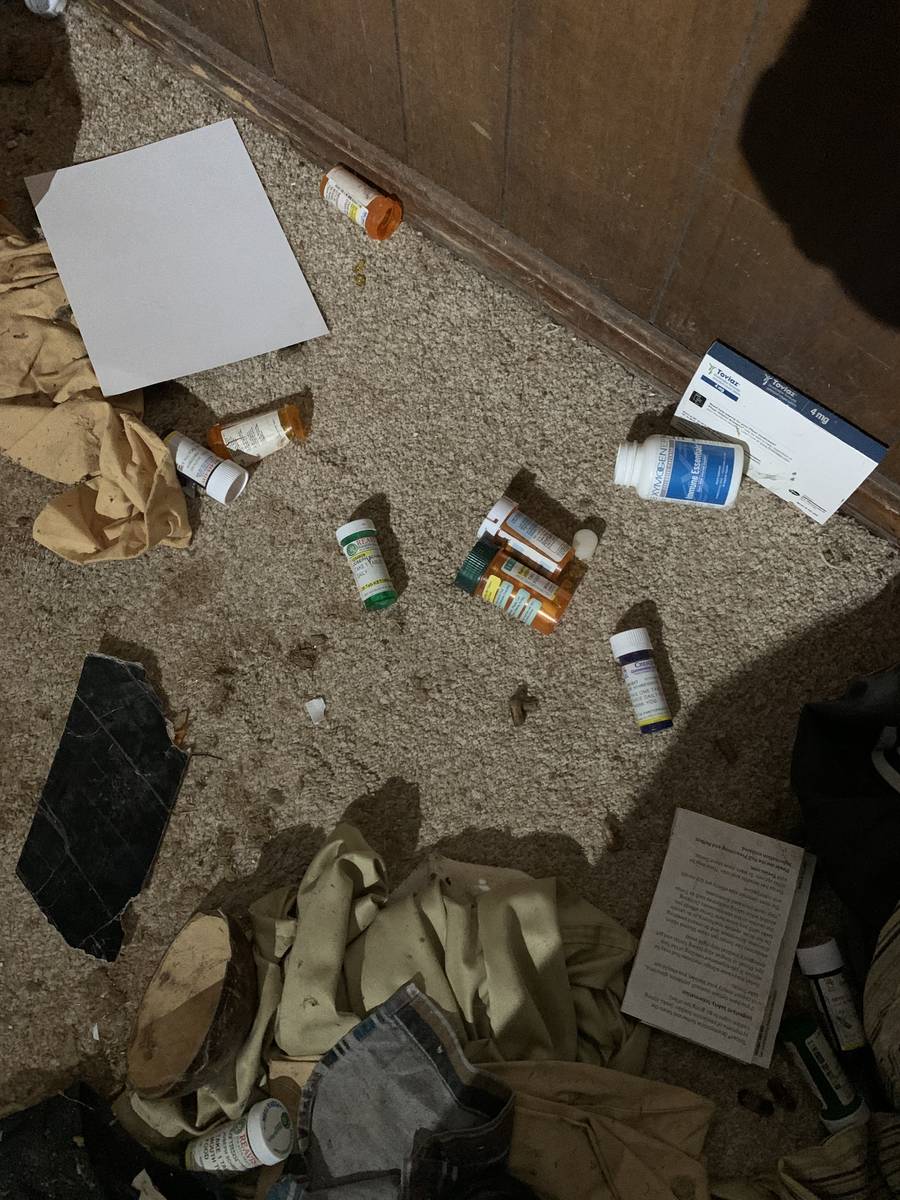 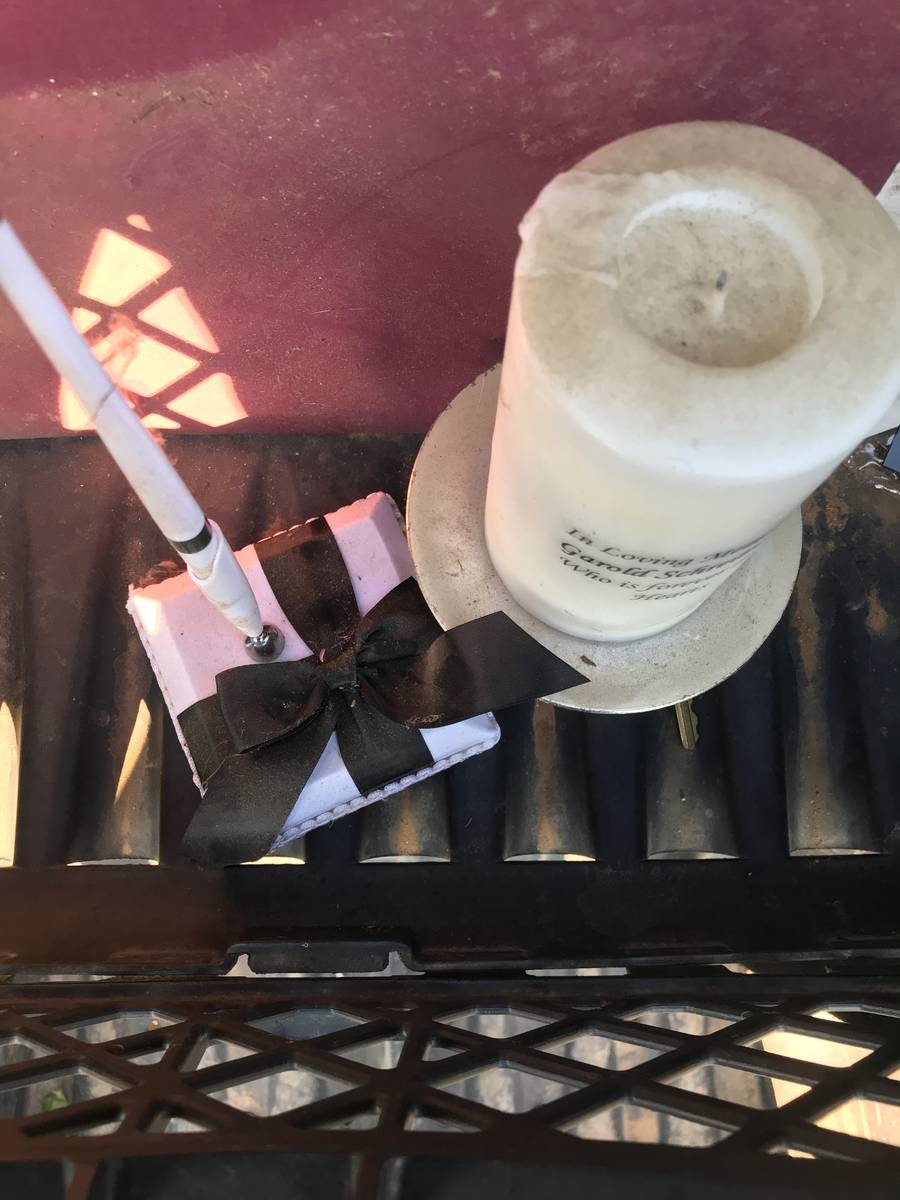 Zak Bagans keeps digging — for spirits, for museum items and for TV ratings.

Las Vegas’ king of the paranormal is adding “Tiger King” footage and artifacts to his multimedia empire. Brandishing cameras and ghost-tracking equipment, the “Ghost Adventurers” crew filmed for a week ending Saturday at the Greater Wynnewood Exotic Animal Park, aka the Tiger King Zoo, in Oklahoma.

Their activity is to be the center of a two-hour special on Travel Channel to air on Halloween, and Bagans plans a “Tiger King” exhibit at his Haunted Museum at 600 E. Charleston Blvd. He hopes to have the new space open for the public by the end of August.

“Some of those artifacts are personal effects that used to belong to Joe Exotic and his husband, Travis, who shot himself at the zoo,” Bagans said, referring to the late Travis Maldonado, whose suicide was chronicled in the Netflix series. “Other items will be pieces involving documented paranormal events during our investigation.”

Items to be displayed include Exotic’s jewel-encrusted crown and some of his clothes; wedding effects from the three-way ceremony between Exotic, Maldonado and John Finlay; the Exotic Animal Park sign; Travis Maldonado’s glass pipe; and a section of the wall with a bullet hole from Maldonado’s suicide. There are also some personal belongings culled from Exotic and Maldonado’s relationship, devices best described as “enhancement” related.

“Some items are connected to hauntings, some are for a memorial for Travis, and others are just hysterical and gross,” said Bagans, who has collected additional pieces for when he’s ready to open the exhibit. He plans to reveal an item known as a “trigger object” of paranormal activity at the zoo.

“Lets just say the cast you’ve seen seen on ‘Tiger King’ has witnessed it move by itself on numerous occasions,” Bagans said. “It has ties to Travis.”

During his week in Oklahoma, Bagans was granted permission from current Wynnewood Park owner Jeff Lowe to bring in a pair of highly trained “cadaver dogs” used in crime-scene investigations to sniff around for human remains. The macabre search was related to Exotic’s accusations that rival zoo owner Carole Baskin had killed her second husband, Don Lewis, possibly leaving his remains buried on the property (another theory is Lewis was fed to the tigers).

According to TMZ, no human bones were uncovered by the local sheriff’s department, which used a backhoe to dig into the property. But the dogs did pick up the scent of human remains in the area. Some animal bones were found, in what seemed the form of a tail.

Exotic’s allegations against, and general disdain for, Baskin was a salacious subplot in the “Tiger King” Netflix documentary. The eight-part series was an early COVID shutdown sensation, and Las Vegan Nicolas Cage has since signed on to play Exotic in a TV miniseries.

Exotic, of course, wound up in prison on charges he’d conspired to have Baskin killed and also for a series of criminal violations against tigers at the zoo. Lowe has had his own legal issues; he is still to appear in court in Las Vegas to answer charges in a 2017 complaint that he was operating an exotic-animal attraction without a license. Animal control officers took a tiger, liliger and lemur from a mansion Lowe had been renting in Las Vegas.

In April, Lowe’s buddy and Laugh Factory at the Tropicana headliner Murray Sawchuck recorded footage for his YouTube channel from the park.

It was Sawchuck who connected Bagans and Lowe. It seems all sides have won something in this one. As Bagans tweeted Sunday, “I will never EVER forget the week I just had,” adding a tiny tiger, and little crown emoji.