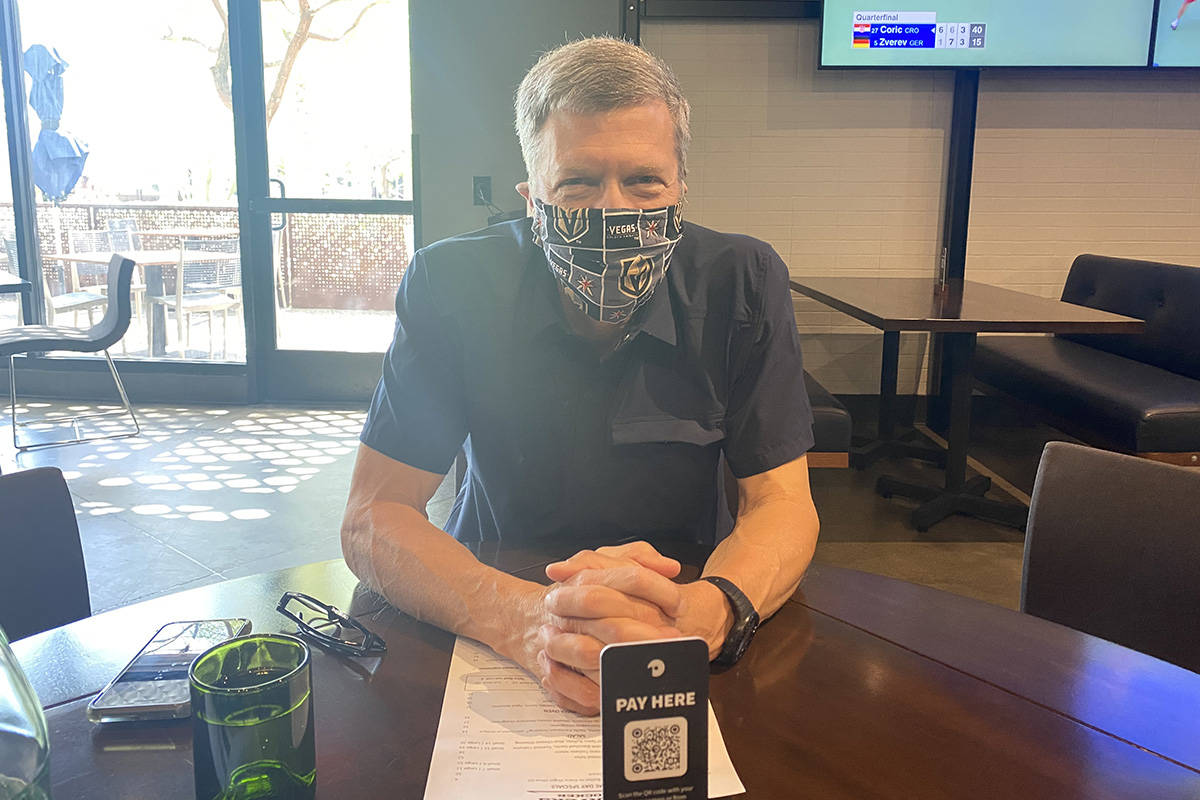 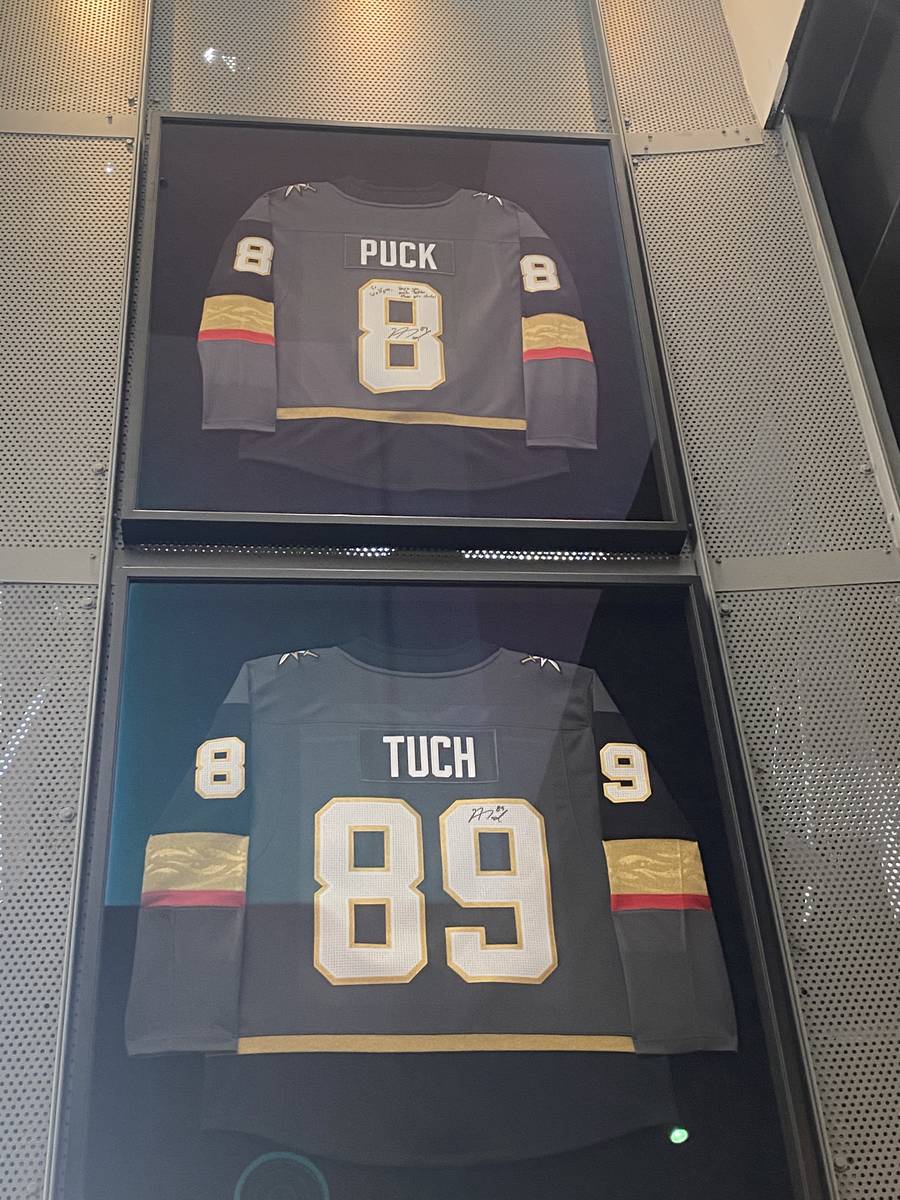 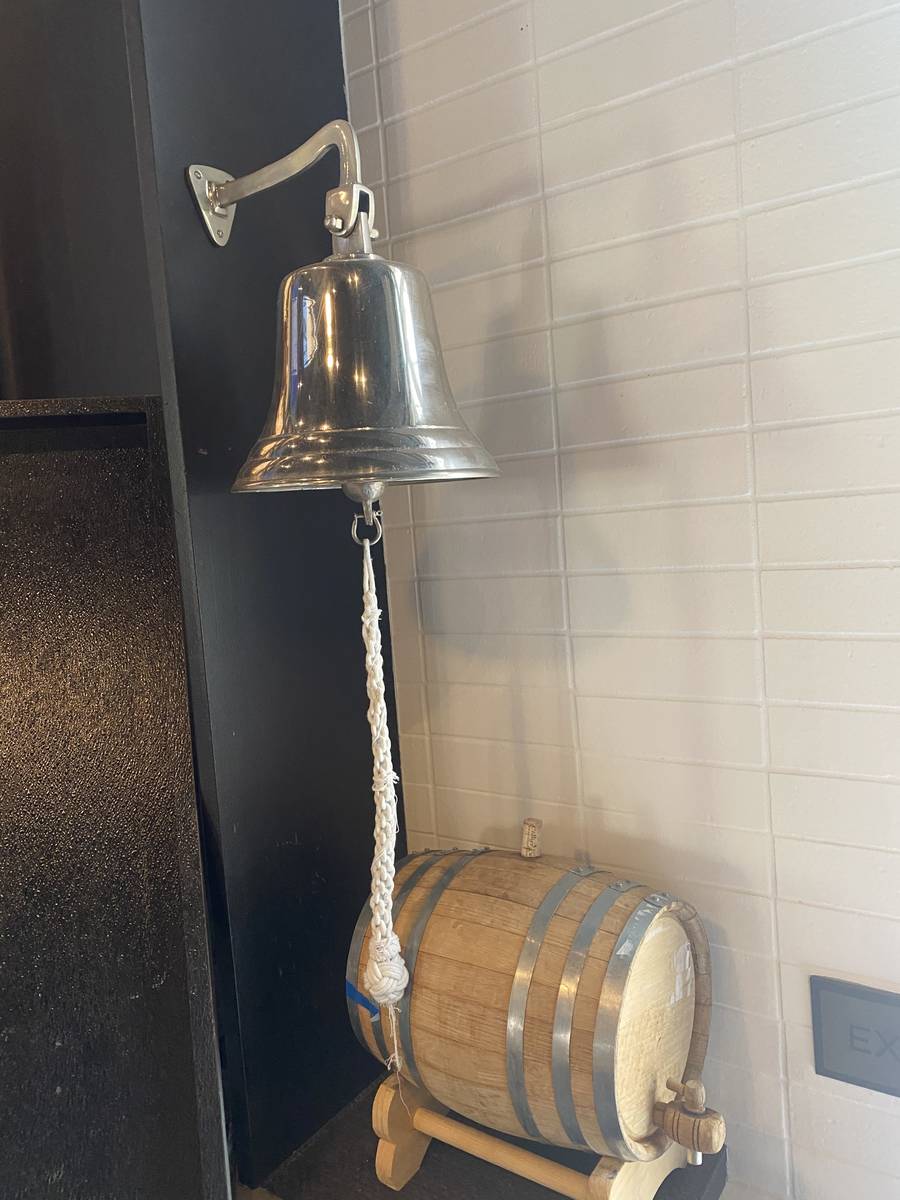 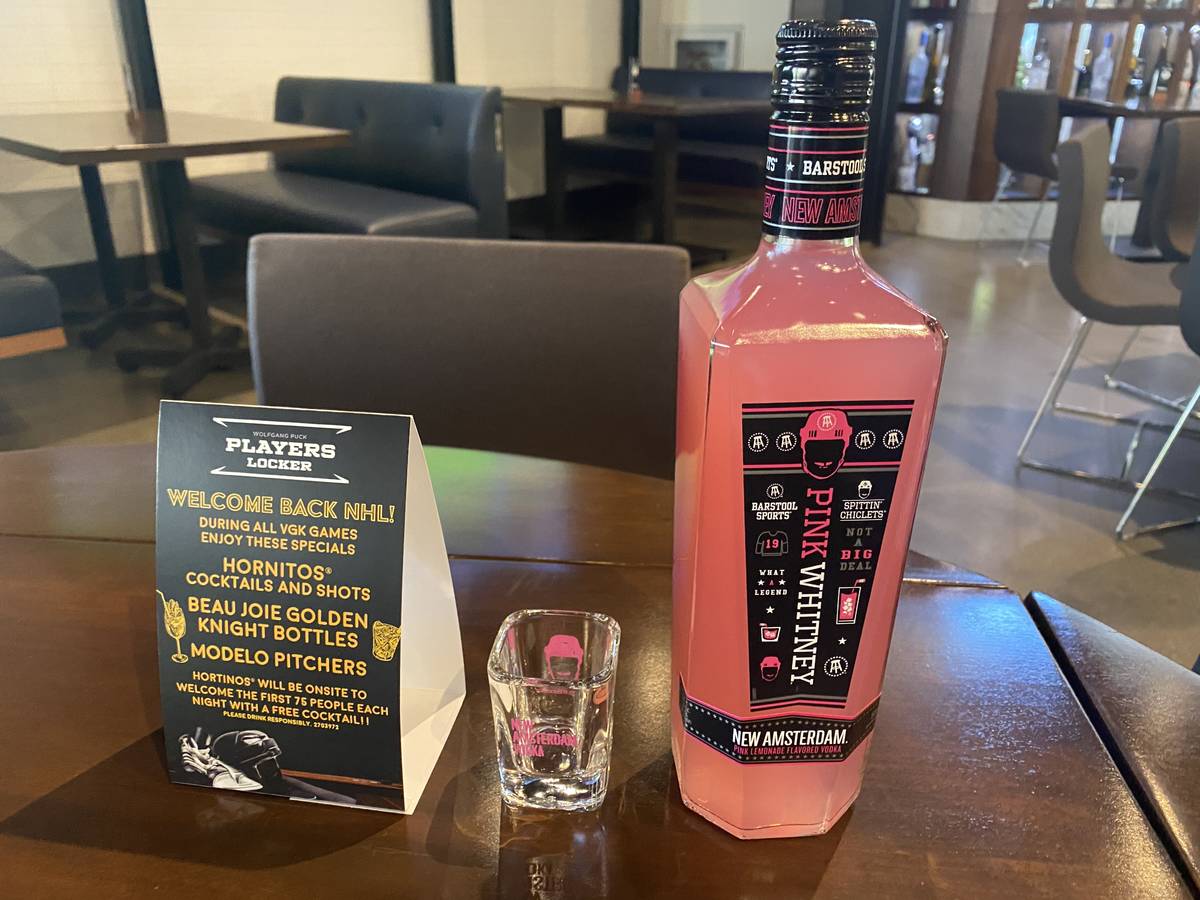 Tom Kaplan has busted out the silver bell, pink shots and black pucks for his restaurant’s golden return to business.

Wolfgang Puck’s Players Locker is the Vegas Golden Knights’ party headquarters in Downtown Summerlin. This isn’t an official designation, but a title earned when five Golden Knights became partners in the business.

“Having the NHL return has been phenomenal for us,” Kaplan, Wolfgang Puck Fine Dining Group’s senior managing partner, says during a lunchtime visit. “The city is still behind this team. It’s not like it was in the inaugural season, when they gave us that incredible boost after 1 October. But the people who come here and are watching are happy to have a diversion in a gloomy world.”

On his Twitter feed, Kaplan keeps a regular tab on goals and assists by VGK investors Alex Tuch, William Karlsson, Deryk Engelland, Reilly Smith and Shea Theodore. The restaurateur posts such messages as, “Wolfgang Puck Players Locker owners Theodore and Tuch on the one-two punch for the winners … ” but doesn’t keep an official stat sheet on the investors’ total points.

“I don’t want to jinx them,” Kaplan says. “I keep track during the games only.”

The hockey-centric business is operating in good luck anyway, given that a Puck is at the top of the company.

The restaurant serves shots of New Amsterdam Pink Whitney Spittin’ Chiclets vodka after every Golden Knights goal. A bartender rings the bell in the corner. Saluting the framed jerseys of Tuch and Puck, hanging high in glass above the bar, is optional. The autograph and message on Puck’s jersey are from Tuch, reading, “I hope you cook better than you play hockey,” a reference to the promotional commercial during which the restaurateur and NHL player met.

The Players Locker expected to be busy during Golden Knights’ road games, especially in the NHL playoffs. The restaurant has been at its reduced capacity for every Western Conference Final game between the Knights and Dallas Stars. That’s about 80-100 patrons inside the main dining room, 150 when the outdoor patio is open.

“I would say we are not making money, we’re not losing money,” Kaplan says, emphasizing that the business has been working with landlord Howard Hughes Corporation to lower rent as pandemic protocols have restricted capacity. “We have been able to keep 60 people employed. We set our goals reasonably, and are happy to be breaking even.”

Kaplan smiles as he talks of one day hosting the Stanley Cup itself at the business. The players on the championship team all have possession of the legendary trophy for one day. Engelland is one who lives in Vegas, year round. The idea of the Stanley Cup in Summerlin seems almost fantasy, even with the Golden Knights deep in the playoffs.

For today, Kaplan is just fine with hosting Las Vegans looking for some relief.

“People who have come in here like the idea of getting out, having some food and drink, doing something to take your mind off the challenges of society today,” says the man behind his lucky Golden Knights mask. “Win or lose, it’s been exciting.”