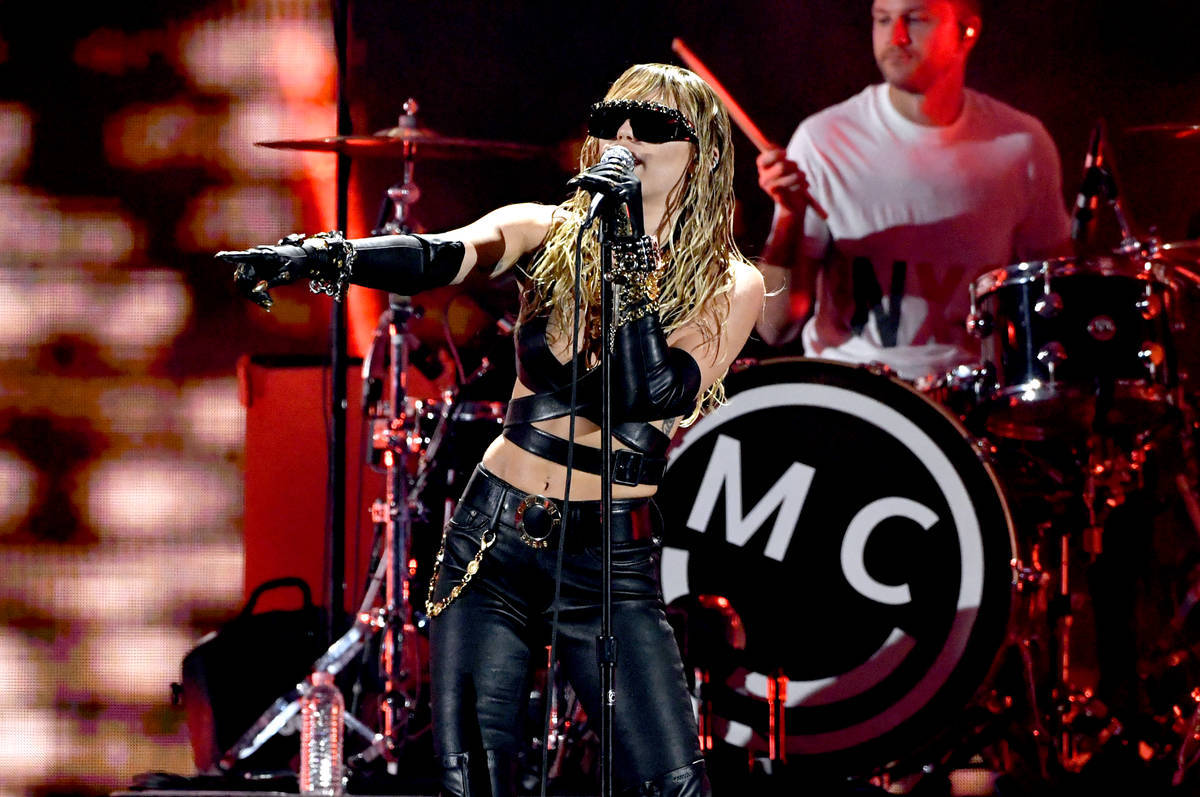 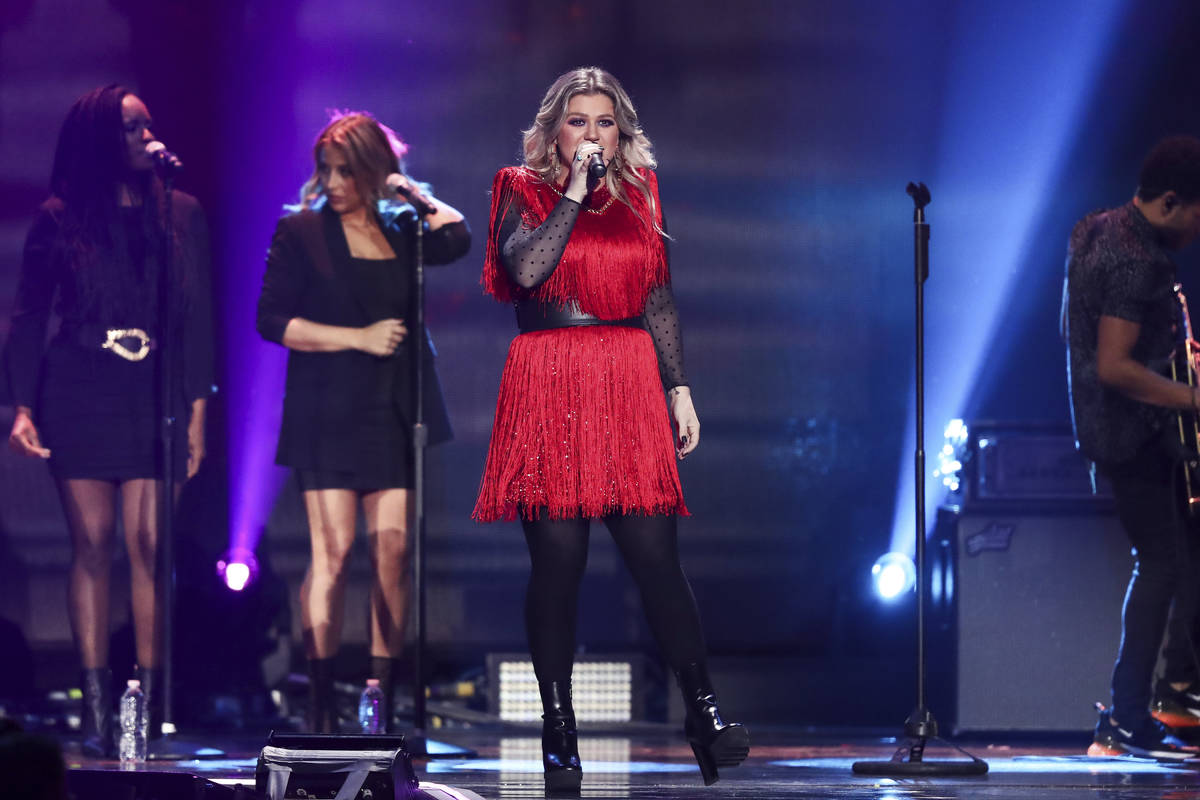 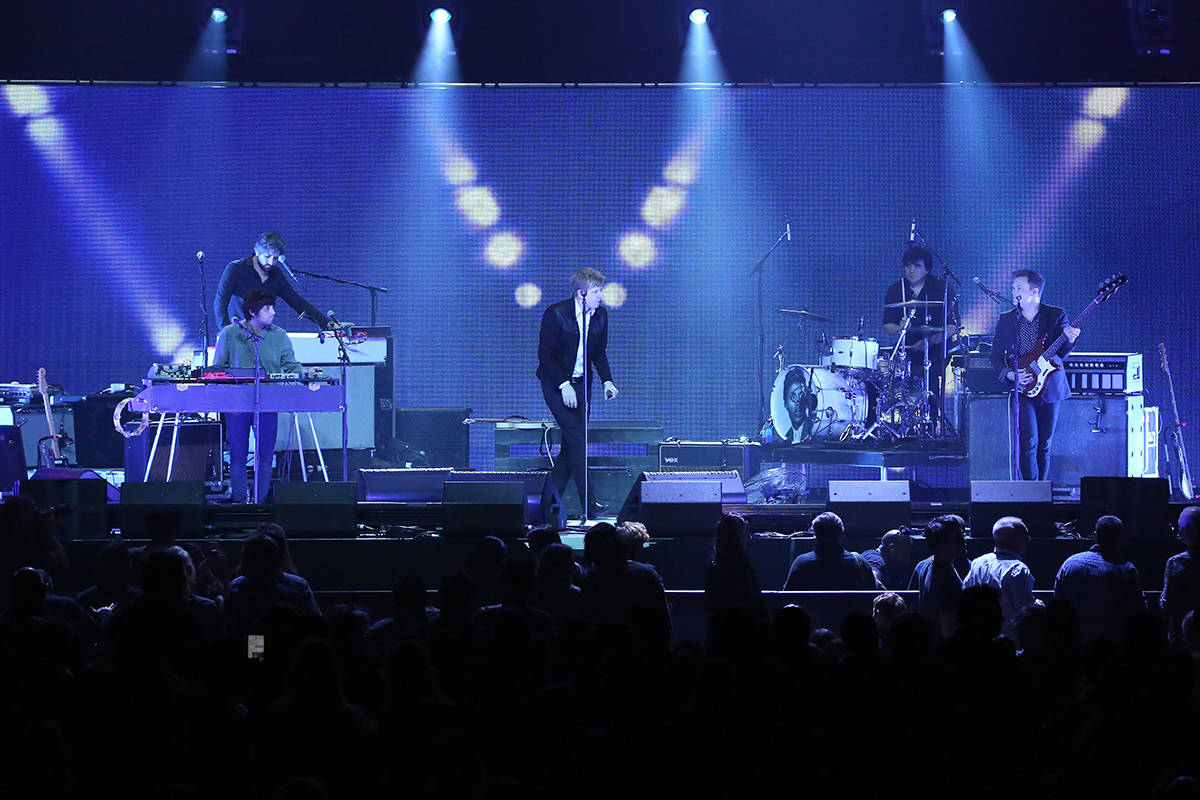 Rock band Spoon perform on stage at the 2018 iHeartRadio ALTer EGO festival at The Forum on Friday, Jan. 19, 2018, in Inglewood, CA. (Photo by Willy Sanjuan/Invision/AP) 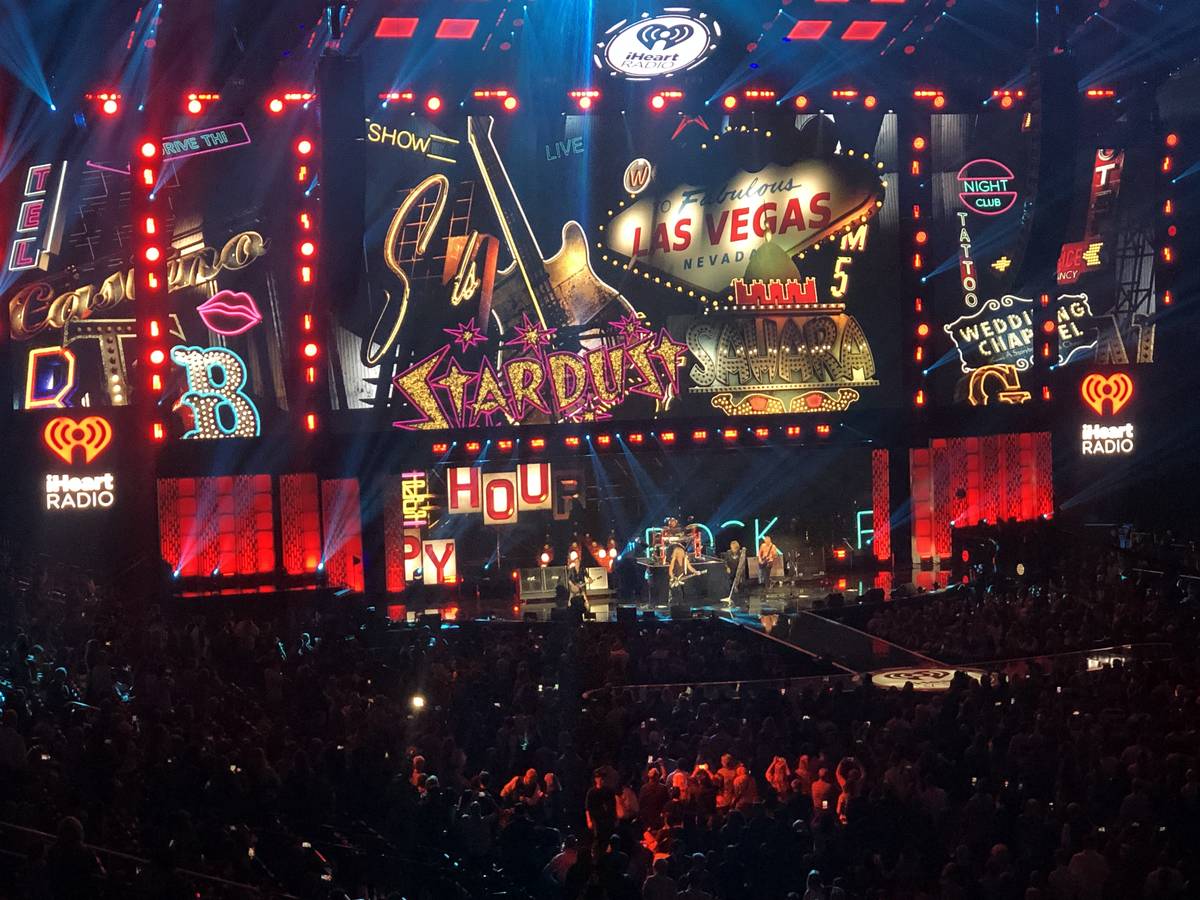 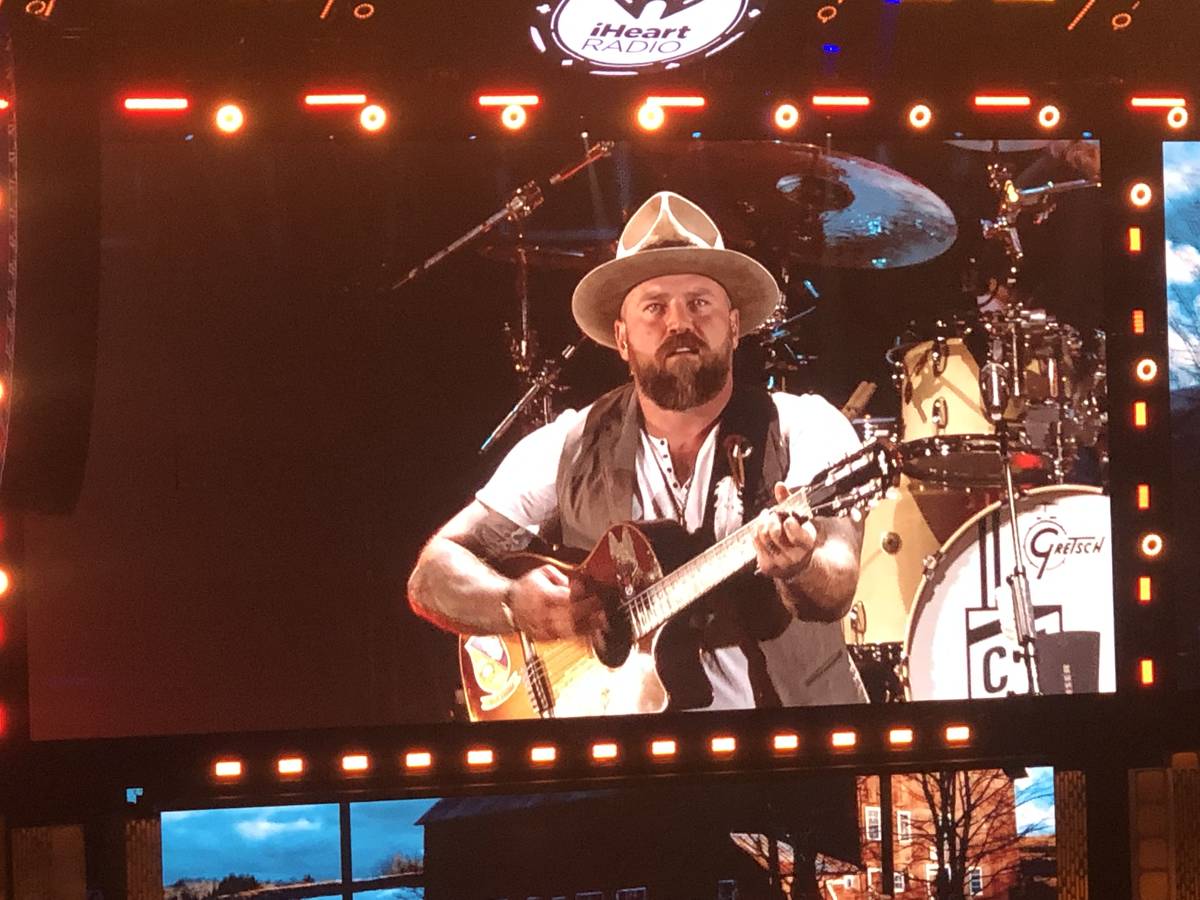 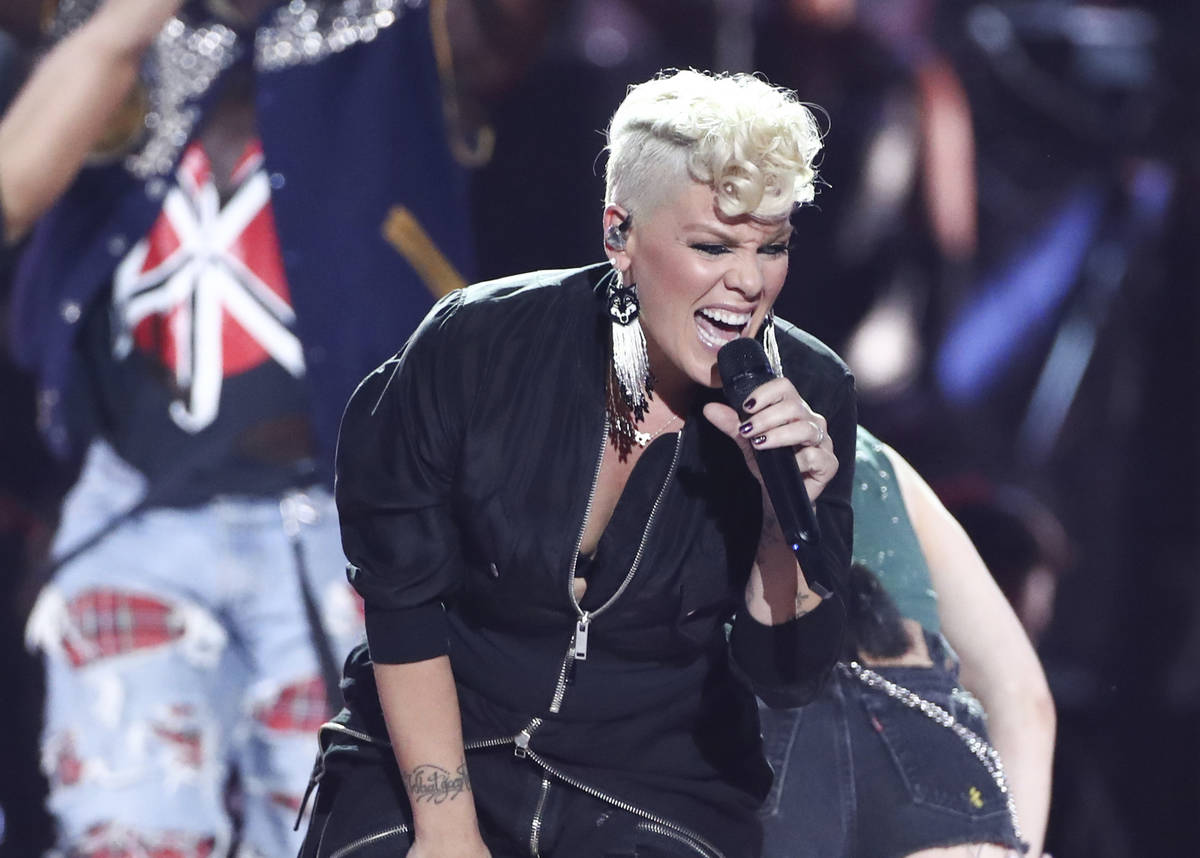 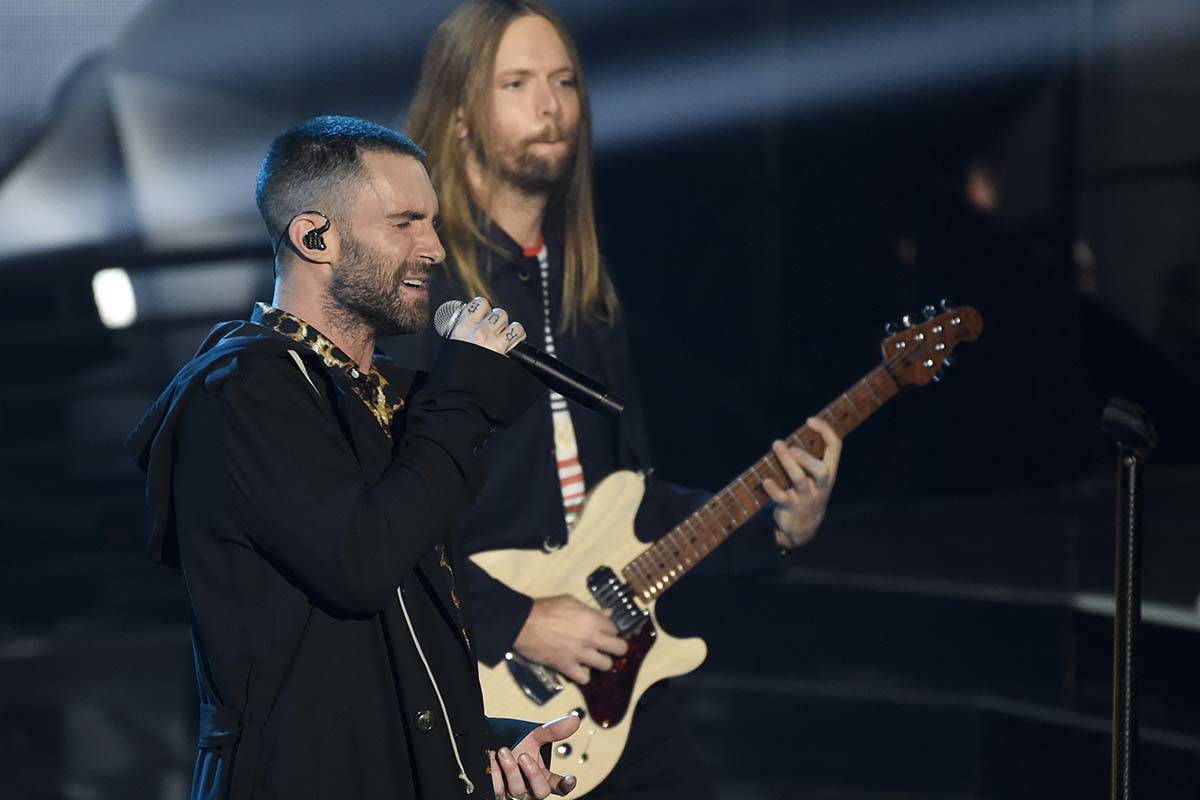 In this Sunday, March 11, 2018 file photo, Adam Levine, left, and James Valentine of Maroon 5 perform during the 2018 iHeartRadio Music Awards at The Forum in Inglewood, Calif. (Photo by Chris Pizzello/Invision/AP, File)

The iHeartRadio Music Festival, a live music highlight in Vegas since 2011, is returning to town.

The 2021 Festival is set for Sept. 17-18 at T-Mobile Arena. The 2020 edition was a virtual concert hosted by Ryan Seacrest. The 2019 show also was at T-Mobile, an event memorable for a black leather-clad Miley Cyrus covering Led Zeppelin’s “Black Dog.” The iHeart Radio Music Awards show featuring Colosseum at Caesars Palace resident headliner Usher as host and Elton John as the 2021 iHeartRadio Icon Award-winner, is set for May 27 at Dolby Theatre in L.A.

The iHeartRadio Music Festival was held at MGM Grand Garden Arena from 2011-2015, shifting to T-Mobile Arena in 2016. The outdoor Daytime Village was held at Las Vegas Village from 2013-2017, before moving to Las Vegas Resorts Grounds in 2018-2019. There is no announced plan for a return of the outdoor component in 2021.

The iHeartRadio Music Festival will broadcast live via iHeartMedia radio stations throughout the country, covering more than 150 markets, and will also be broadcast on The CW Network at a date to be announced.