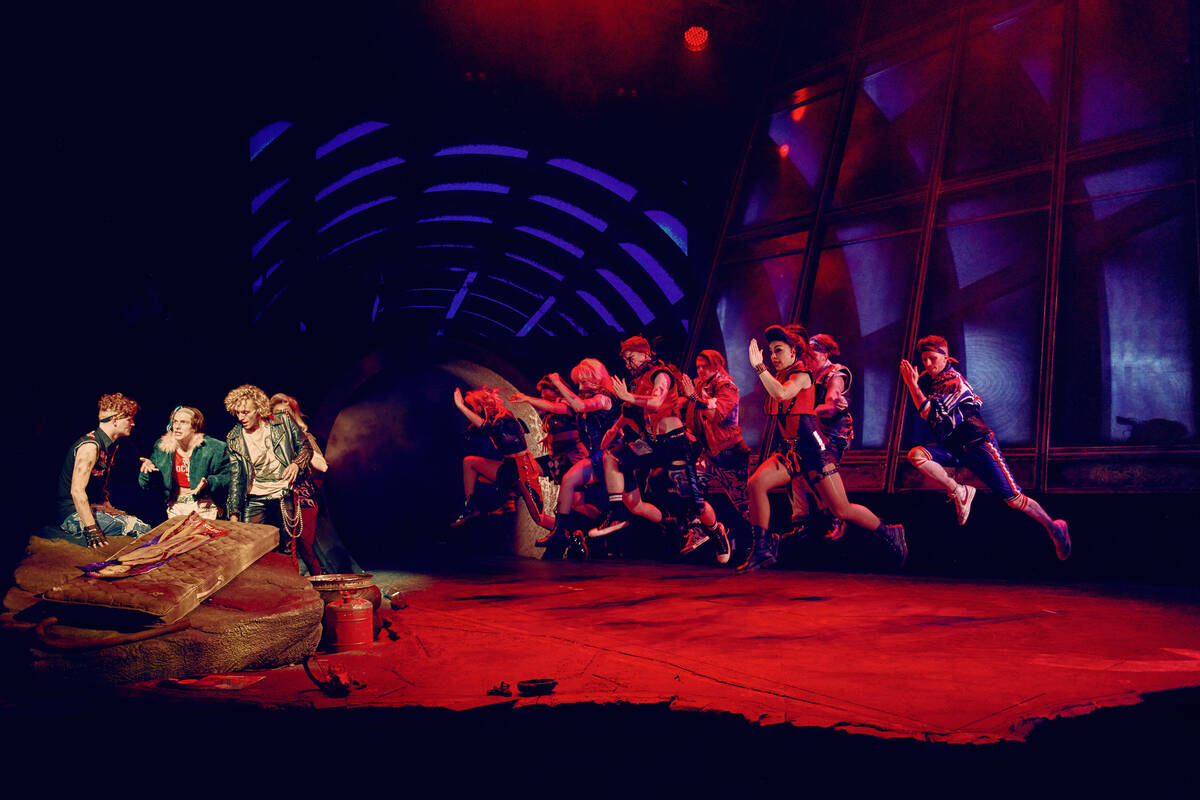 Danny Whelan as Ledoux, Killian Thomas Leferve as Tink, Glenn Adamson as Strat and the Cast of Bat Out Of Hell in BAT OUT OF HELL THE MUSICAL. Photo Credit - Chris Davis Studio. 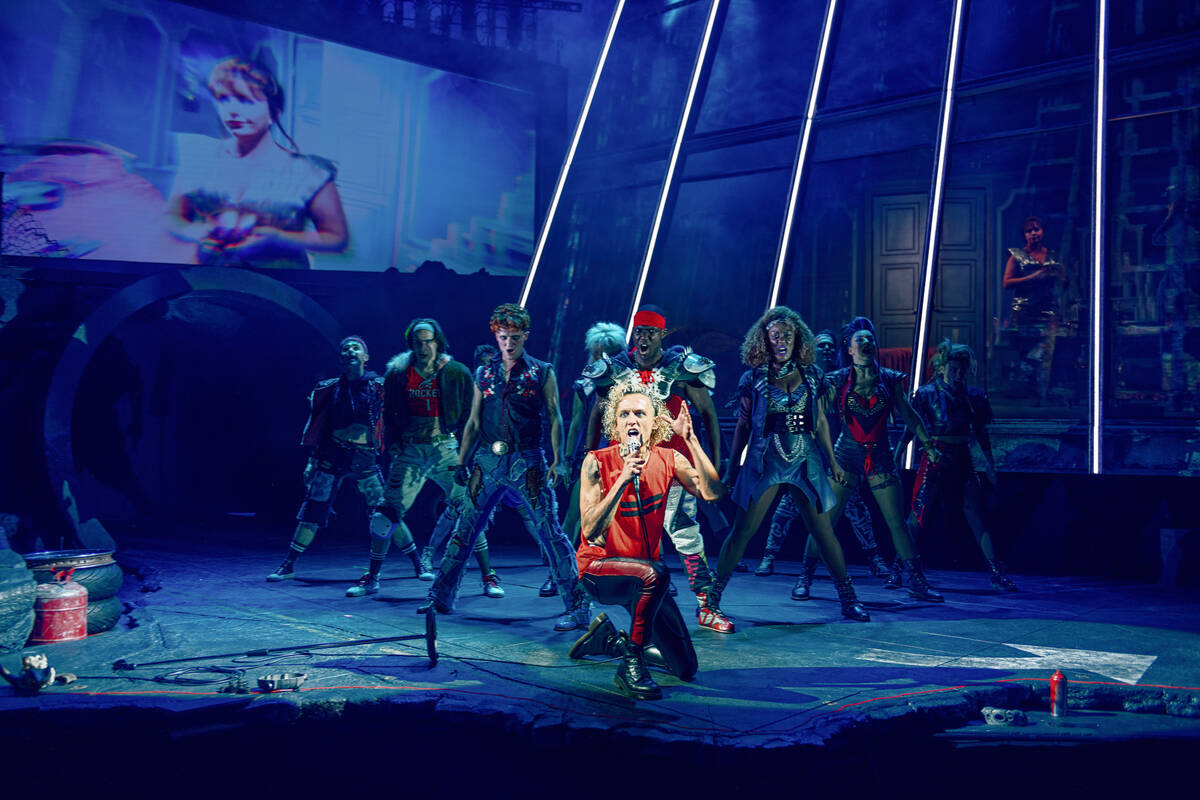 Glenn Adamson as Strat in BAT OUT OF HELL THE MUSICAL. Photo Credit - Chris Davis Studio(2).jpg 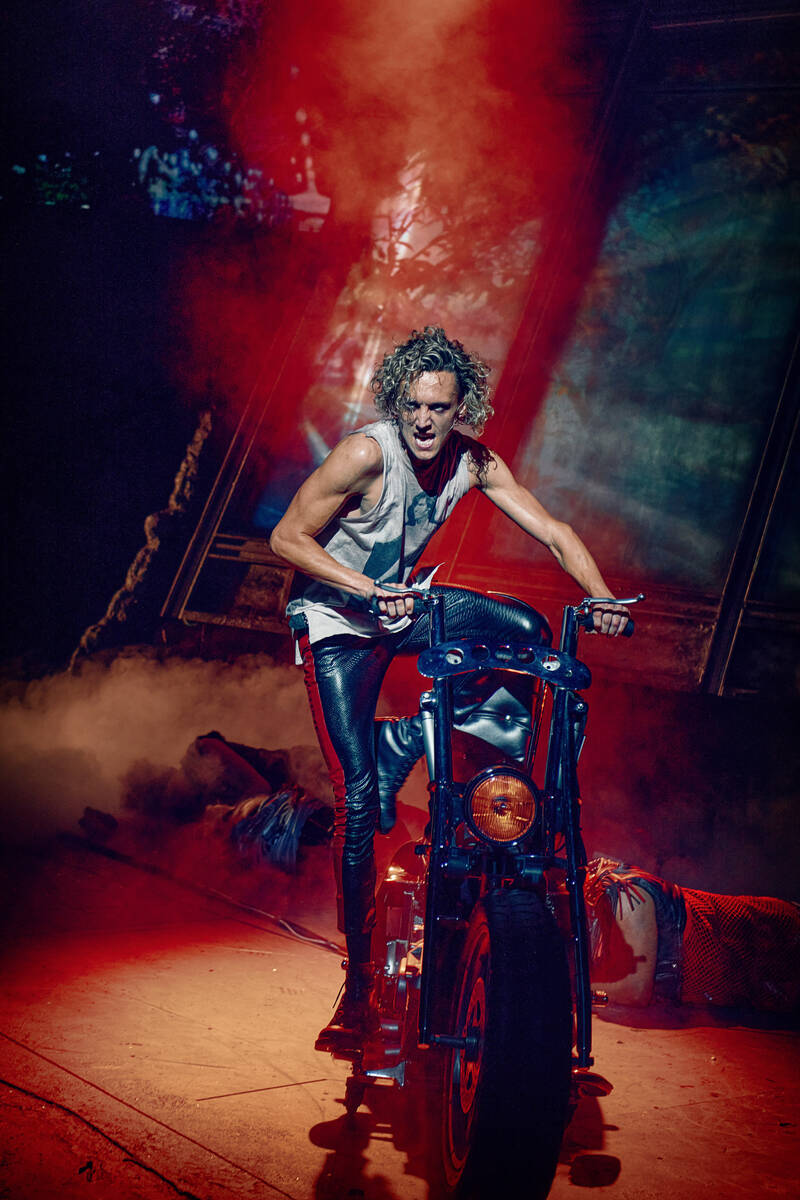 Glenn Adamson as Strat in BAT OUT OF HELL THE MUSICAL. Photo Credit - Chris Davis Studio(2).jpg

Several years, ago a musical inspired by a legendary act was planned for Las Vegas. The story line was so cleverly conceived you didn’t necessarily need to be an avid fan to be swept away by the plot.

That show was “Mamma Mia,” which played for nearly six years at Mandalay Bay Theater ending in January 2009. Returning to that proven music-script recipe, “Bat Out of Hell — The Musical,” featuring the hits of Meat Loaf written by Jim Steinmann, moves into Paris Theater beginning Sept. 27.

The production is designed to be open-ended, eight shows a week at 7 p.m. (dark Mondays), with two shows at 7 and 9:30 p.m. Fridays and Saturdays. Ticket prices and onsale dates are to be announced; go to batoutofhellmusical.com for details.

From the show’s press release, “Bat Out of Hell” is a rock adaptation of the Romeo and Juliet saga, or “…an epic story of rebellious youth and passion as Strat, the immortal leader of The Lost, has fallen in love with Raven, the beautiful daughter of the tyrannical ruler Falco.”

The score includes such Meat Loaf anthems as, “You Took the Words Right Out of My Mouth (Hot Summer Night),” “Bat Out of Hell,” “I’d Do Anything for Love (But I Won’t Do That),” “Paradise By the Dashboard Light,” and” Two Out Of Three Ain’t Bad.” The stage show premieres an unreleased Meat Loaf song, to be sung by the two parents, called, “What Part of My Body Hurts the Most.”

A total of 26 cast members will be auditioned and selected in June. The set at Paris Theater, which has been dark since December 2019, is being overhauled.

“There’s motorcycles and a car and a huge projection surface and live camera, and a Falco tower and a subway tunnel that sort of burst through the floor after an earthquake,” director Jay Scheib said in a phone chat from London. “It’s quite a scene, to be honest. We’re working on a way to break through the proscenium. We’re finding as many ways as possible to really pull it out into the auditorium.”

The Las Vegas auditions are being headed up by Louanne Madorma, long the casting director for shows at Wynn Las Vegas, including that resort’s new production coming to the former Le Reve Theater and also “Le Reve” itself.

“BOOH,” in shorthand, is also returning to London for a limited season at the Peacock Theatre, beginning on Feb. 17.

Paris Theater has been a notoriously star-crossed venue over recent years. It was the final performance stage for “Jersey Boys,” which closed in September 2016. Four shows have since faltered at Paris since January 2018. “Circus 1903 (produced by Cirque partner The Works, bringing “Mad Apple” to New York-New York), “Inferno,” “Marilyn — The New Musical” and “I Love The 90s — The Vegas Show” have all fallen short at the theater, which opened with “The Hunchback of Notre Dame” when the hotel bowed in 1999.

The “Bat Out of Hell” musical had also been planned, at least preliminary, for a run at Venetian Theatre from Christmas Day 2018 through Jan. 6, 2019. The show had been promoted on signage inside Venetian/Palazzo, and also on the resorts’ websites, but plans were dropped before it ever went onsale.

Meat Loaf himself headlined three runs on the Strip, at Planet Hollywood in 2013-14, as part of the “Rocktellz & Cocktails” series. The first run did boffo business, the second managed to break even, and the third ran in the red. Meat, who died in January at age 74 after suffering a variety of health issues, was not involved in the development of the musical. But he did see the show in London and gave his tacit endorsement.

“He really encouraged everyone to make it their own, and really own the material in their in their own way and find their own sort of way into the stories,” Scheib said. “It was just really beautiful.”