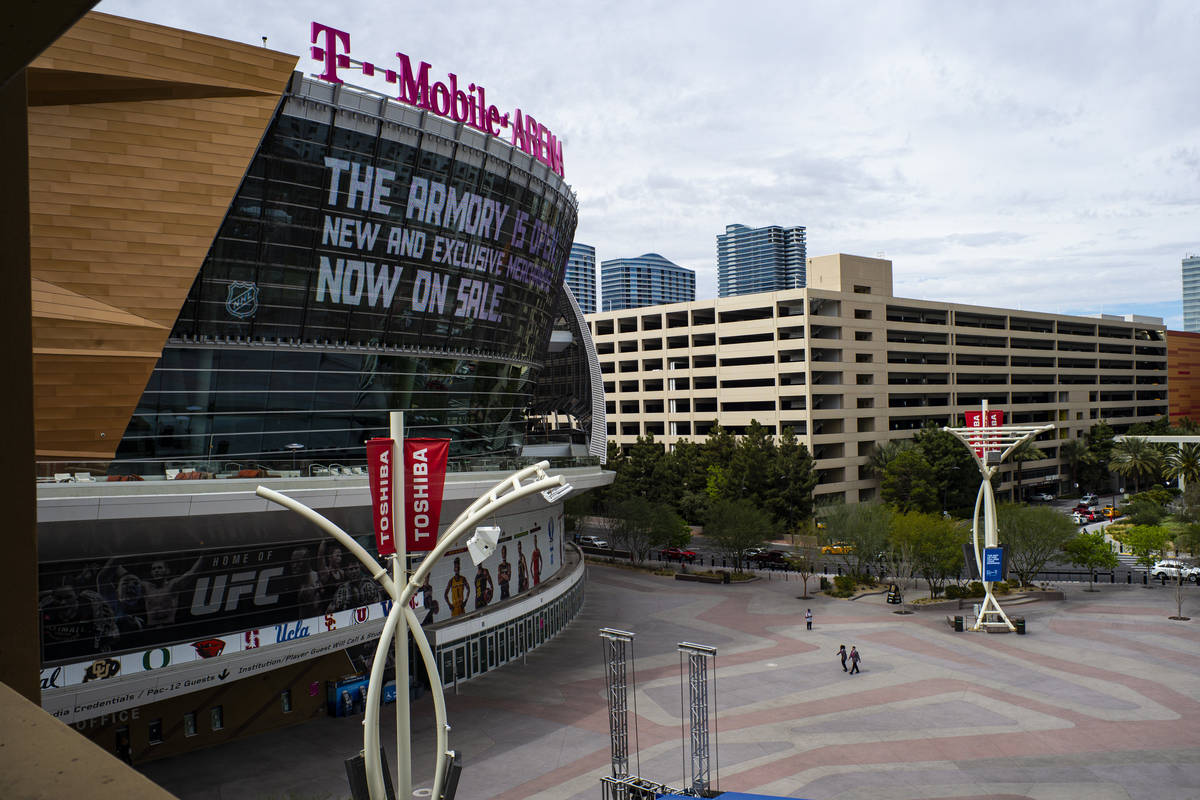 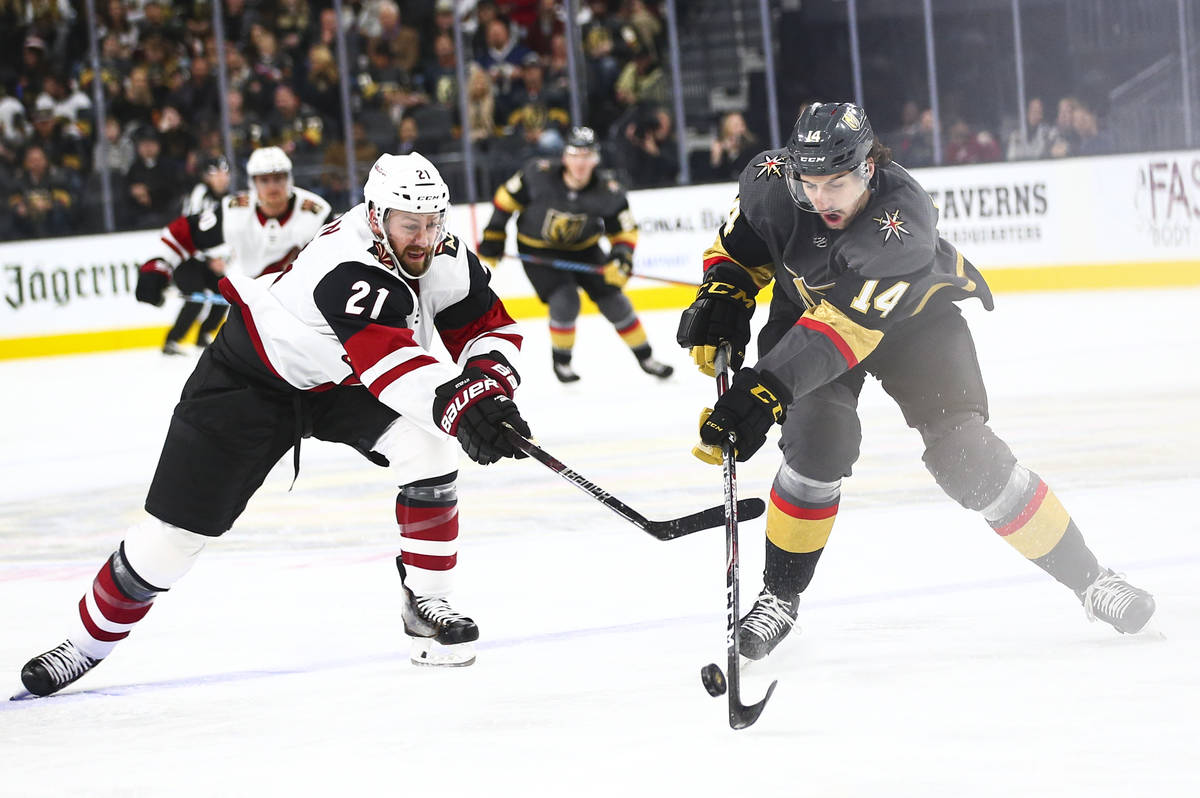 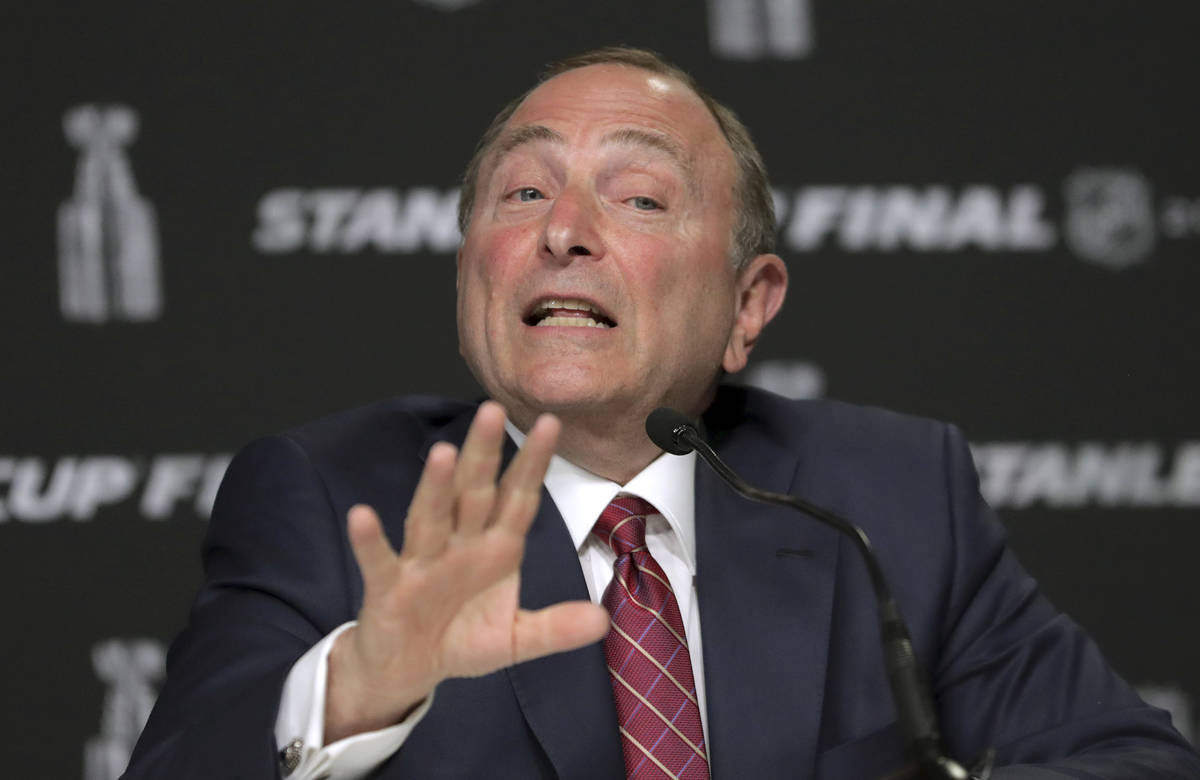 In this May 27, 2019, file photo, NHL Commissioner Gary Bettman speaks to the media before Game 1 of the NHL hockey Stanley Cup Finals between the St. Louis Blues and the Boston Bruins, in Boston. The NHL is one step closer to returning. Bettman unveiled a 24-team straight to playoffs format the league will use if it can clear the other hurdles to resume its season. Under the plan approved last week by players and agreed to by the NHL, the top four teams in each conference will play for seeding while the other 16 face off in best-of-five series to determine the field to vie for the Stanley Cup .(AP Photo/Charles Krupa, File) 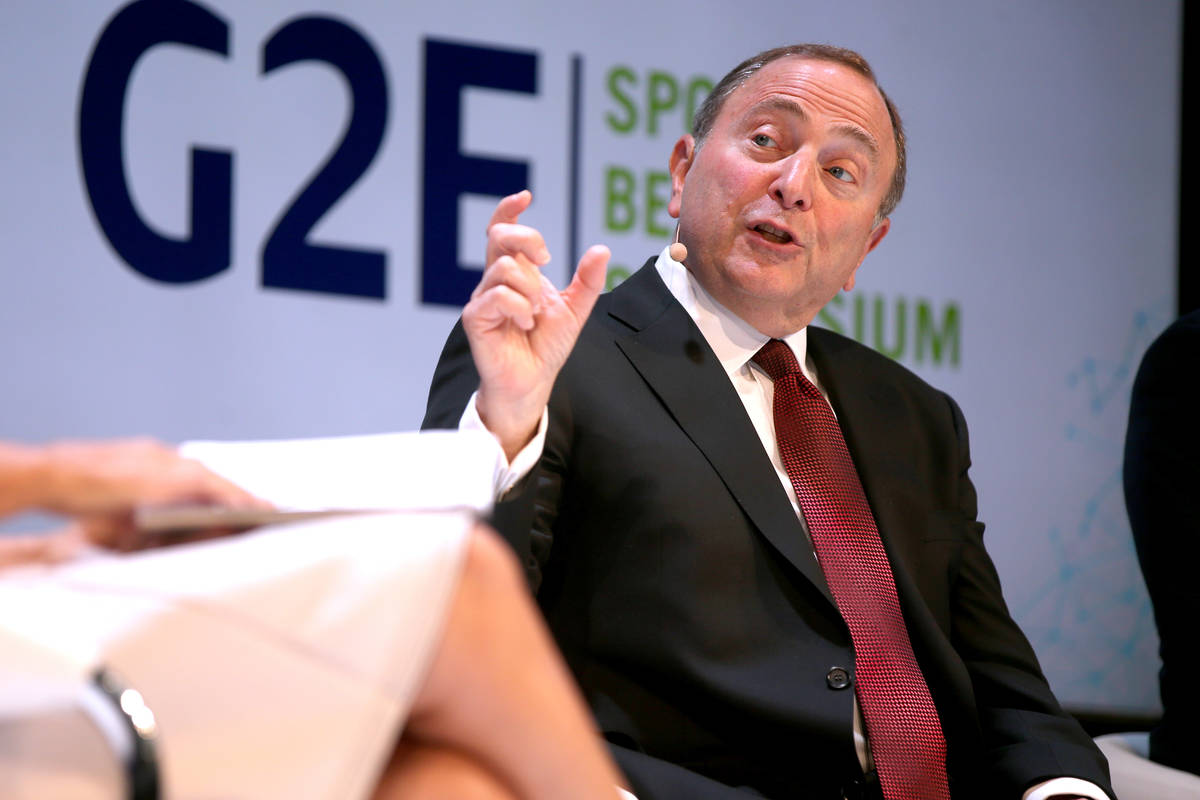 The NHL will announce June 22 whether Las Vegas will be a hub city to host the 2020 Stanley Cup playoffs, according to a source familiar with the planning process.

Until then, MGM Resorts International plans to keep some hotels not currently open to the public off the market so that one or more could be available to host visiting teams after July 1.

Two cities will be selected to host 12 teams in the league’s 24-team tournament.

MGM Resorts hotels in play to host visiting teams include Vdara, Delano, the Park MGM/NoMad Hotel and The Mirage, according to sources. The league reportedly has asked for a nongaming, nonsmoking hotel, leaving Vdara and Delano as the two most likely resorts to house the teams and their support staffs. Two hotels probably would be required to meet the needs of the visiting teams. .

COVID-19 testing is also a requirement.

In effect, the teams would be largely quarantined in their Strip resorts, where they will eat, sleep and reside between being shuttled to and from T-Mobile Arena, which is co-owned by MGM Resorts, and practice facilities.