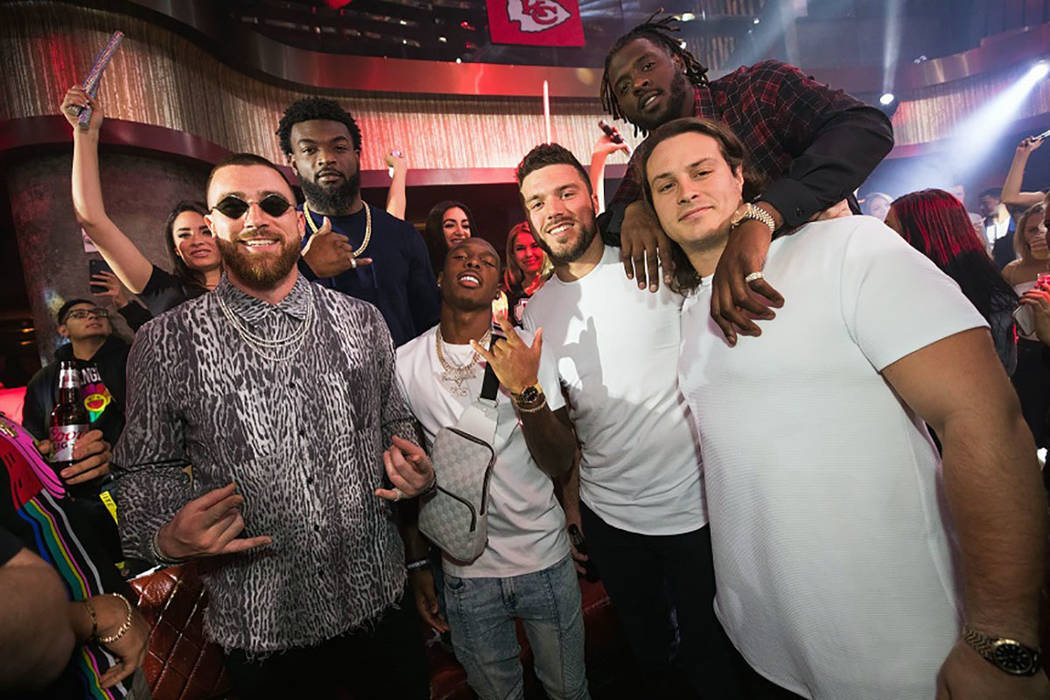 Members of the Kansas City Chiefs are shown partying at Jewel Nightclub at Aria on Friday, Feb. 8, 2020. (Wolf Productions) 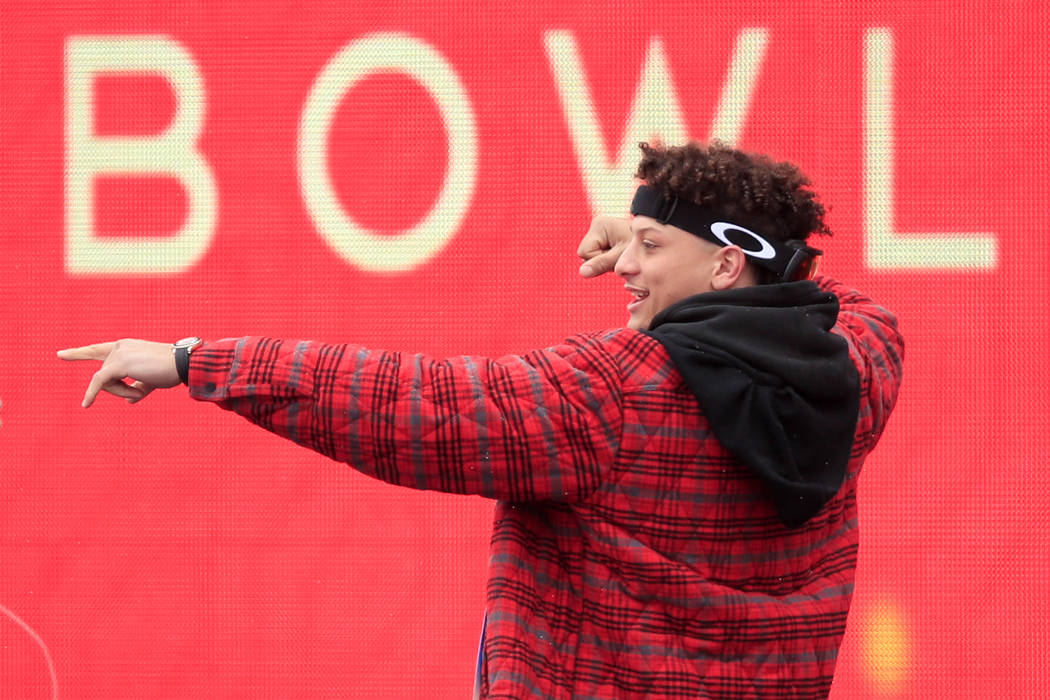 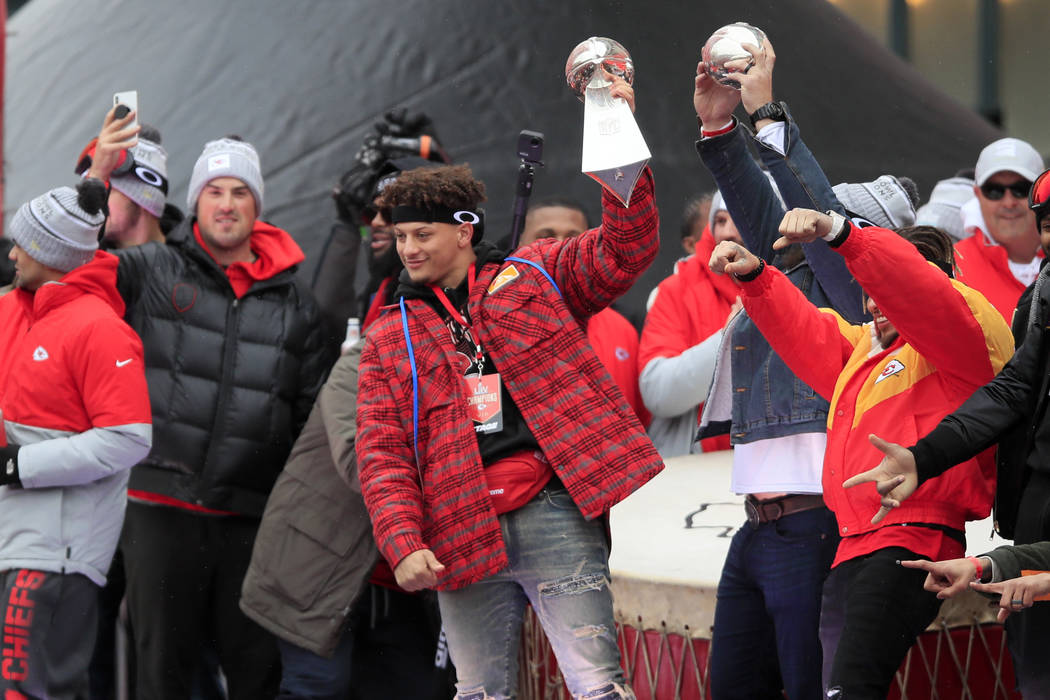 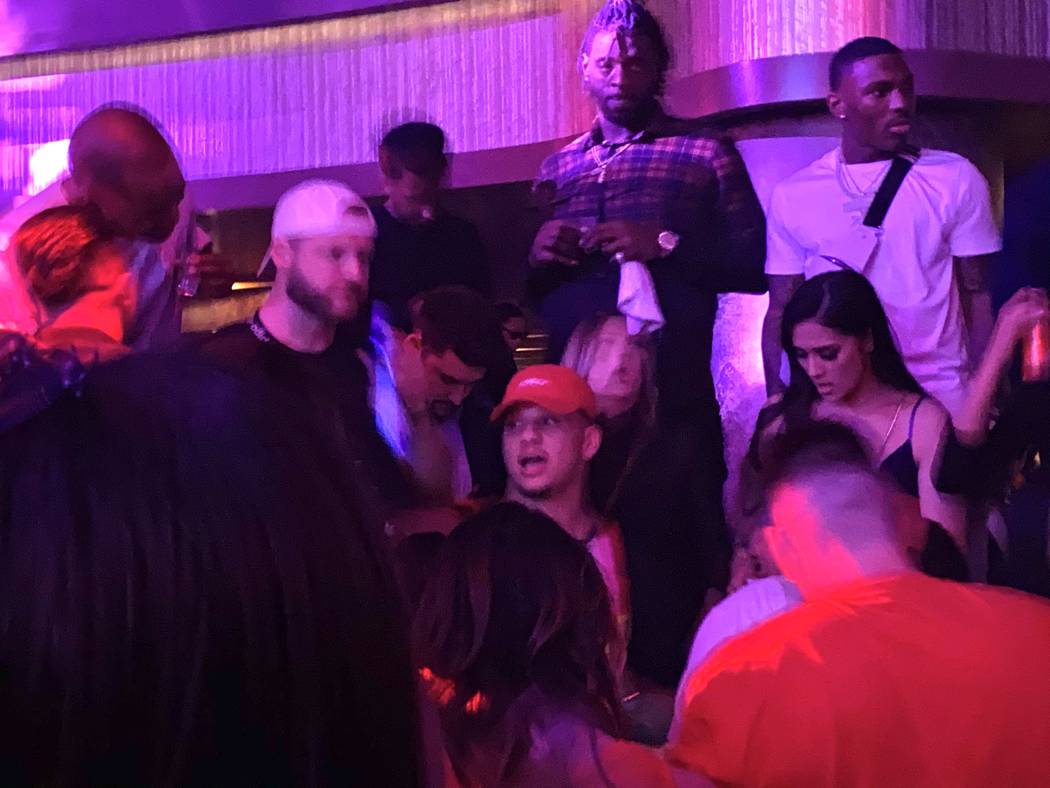 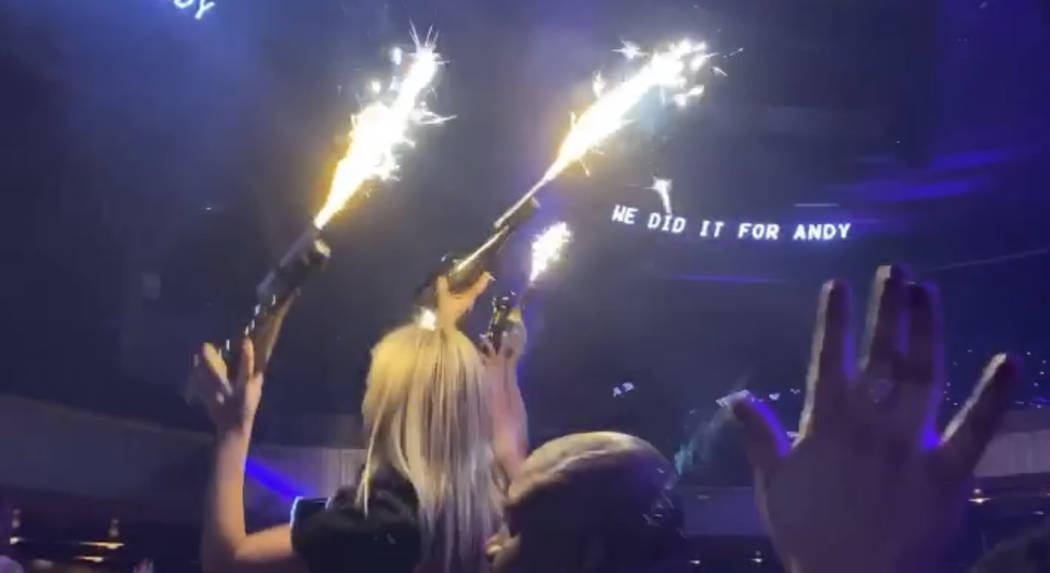 Some of the merrymakers at Jewel Nightclub late Friday night and early Saturday might not have connected with the message on the club’s LED screens: “We Did It For Andy.”

But the mass of massive men understood.

Members of the Kansas City Chiefs, led by quarterback Patrick Mahomes and tight end Travis Kelce, checked into Aria on Friday and flooded the resorts’s mega-club. Several players were on hand, but accurately identifying them — especially face-to-face — was impossible. Club security resisted photos or videos in the interest of privacy, though the club was slammed to capacity with a line still snaking out to the escalators at about 3 a.m.

Inside the two-level, 24,000-square-foot club, there were frequent reminders that “The Super Bowl champs are in the house!” with the Chiefs’ famed KC arrowhead logo and message to head coach Andy Reid displayed around the venue. Servers wore the team’s red T-shirts, and at one point Mahomes and Kelce took to the DJ booth for a few moments of well-deserved basking.

But otherwise, it was much like any other club night in VegasVille. Staffers roamed the VIP area with champagne sparklers and LED wands, dancers squished against one another and strobes flashed arount the room. Oh, and party cannons fired cool blasts of CO2 just as the place was about to become too hot to handle.

The Chiefs are expected to hit another club in the Hakkasan Group collective on Saturday night. Can’t quite predict which, though. Mahomes, the Super Bowl MVP, is known to audible, and is tough to corral.