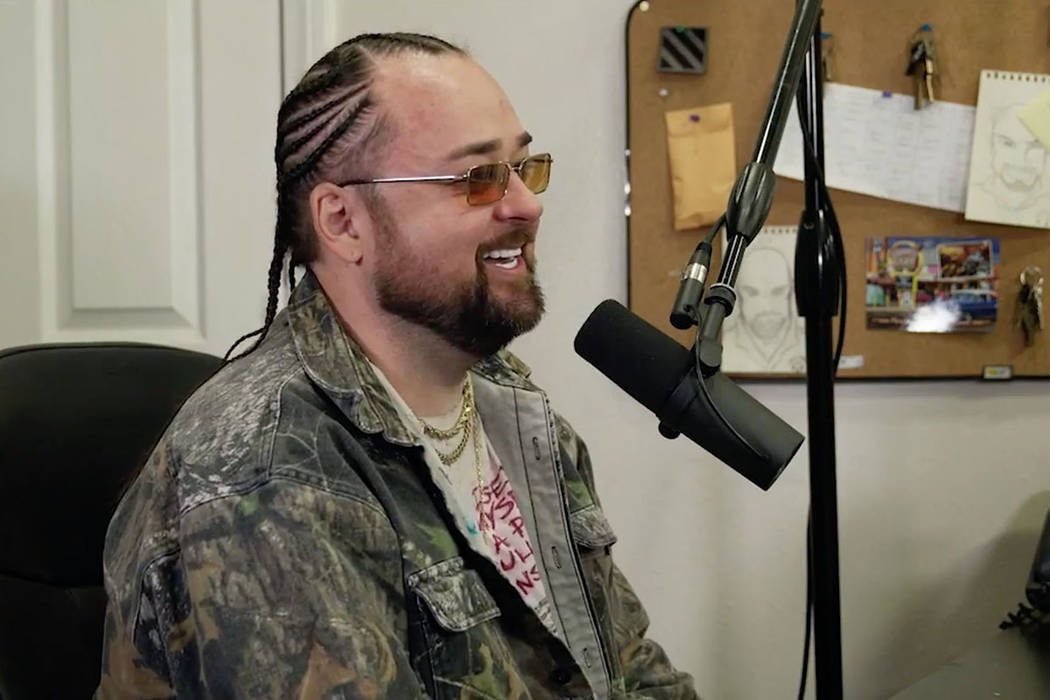 Austin "Chumlee" Russell is shown during a recording of PodKats! at Gold & Silver Pawn in Las Vegas on Tuesday, March 3, 2020. (Las Vegas Review-Journal) 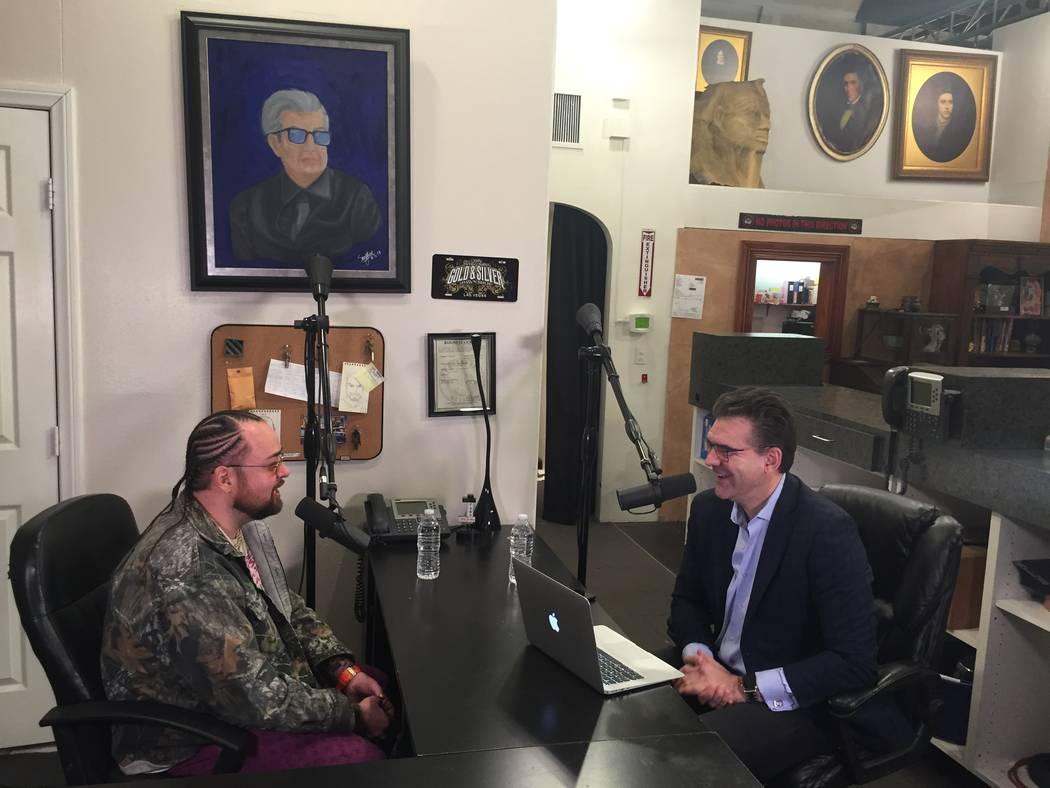 More than a decade ago and early in the development of the TV project that would become “Pawn Stars,” three of the cast members were set: Gold & Silver Pawn owner Rick Harrison; his son Corey Harrison; and family patriarch Richard “The Old Man” Harrison.

All were obvious picks for the family owned business. But Rick Harrison, who headed up the originals “Pawn Stars” sizzle-reel concept, needed a fourth character to balance the cast.

“They were making a short episode and we had about 12 employees at the time,” Chumlee said last week during an interview for the current episode of PodKats! “They went through everybody, saying, ‘All right, who’s going to be our fourth member?’ I didn’t watch too much TV, but I decided I’d go watch some TV, some reality shows, and I kind of realized what was missing was the funny part of the show, the whipping boy is what I called it at the time. Someone they could make fun of and laugh with.”

Chumlee has become the show’s primary comic foil. He’s also shown he’s a natural in front of the camera, and over the past dozen years has grown into a nationally recognized TV star. “Pawn Stars” continues its seemingly boundless run on History Channel, which is set to begin filming its 17th season this September.

I asked the pillar of “Pawn Stars” about spinning off as the star of his own show. He’d need to stay with History, which owns broadcast rights to any such project. But Chumlee is thinking beyond simply being featured in another reality series. He’s into production and has partnered with “Pawn Stars” executive producer Tracy Whittaker on a few concepts.

“I have one idea that is basically in the fashion industry, the vintage side of the fashion industry,” Chumlee said. “It’s a similar vibe to what we do here at the shop. It’s an under-repped demographic, and I just partnered with a really big production company and made the pilot last year. We’re going to re-work the pilot and try to sell it, so I’ll be on the producer’s side of the camera.”

Away from the series, Chumlee spent a few hours Monday at Valley Hospital in Las Vegas, feeling under the weather and undergoing tests before being released Monday afternoon. A PR rep said Chumlee did not specify that he was concerned about coronavirus. Chumlee’s fans learned of all this after he posted a photo of himself in a bed while hooked up to an IV.

The “Pawn Stars” star is also still operating his own side business, Chumlee’s Candy on the Boulevard at Pawn Plaza, adjacent to Gold & Silver Pawn. Chumlee opened the business in May 2017. His brother, Sage Russell, runs the day-to-day ops.

The store’s best sellers are the Chumlee candy bars, and also the store’s variety of candy cigarettes.

“For nostalgia candy, in the summer, I cannot keep candy cigarettes and bubble-gum cigarettes on the shelves,” Chumlee said. “People come in and buy as many as can fit in their hands. They want to buy a whole box, and we have boxes in the back. I can’t order enough of them.”

Chumlee grew up in an era where you could get candy cigarettes off the ice cream truck rolling through the neighborhood. Now, he says, “You literally have to go to a candy store. A lot of people don’t touch them because we live in a world where they are not politically correct.”

The candy interest runs counter to Chumlee’s dramatic weight loss over the past 2½ years. He topped out at 345 pounds before deciding to undergo gastric sleeve surgery, which reduced his stomach capacity to 6 ounces. He’s also working out regularly so he can wear the stylish attire he’s become a fan of since becoming a celeb.

Chumlee considered a question late in our session: Who does he want to meet that he hasn’t yet met?