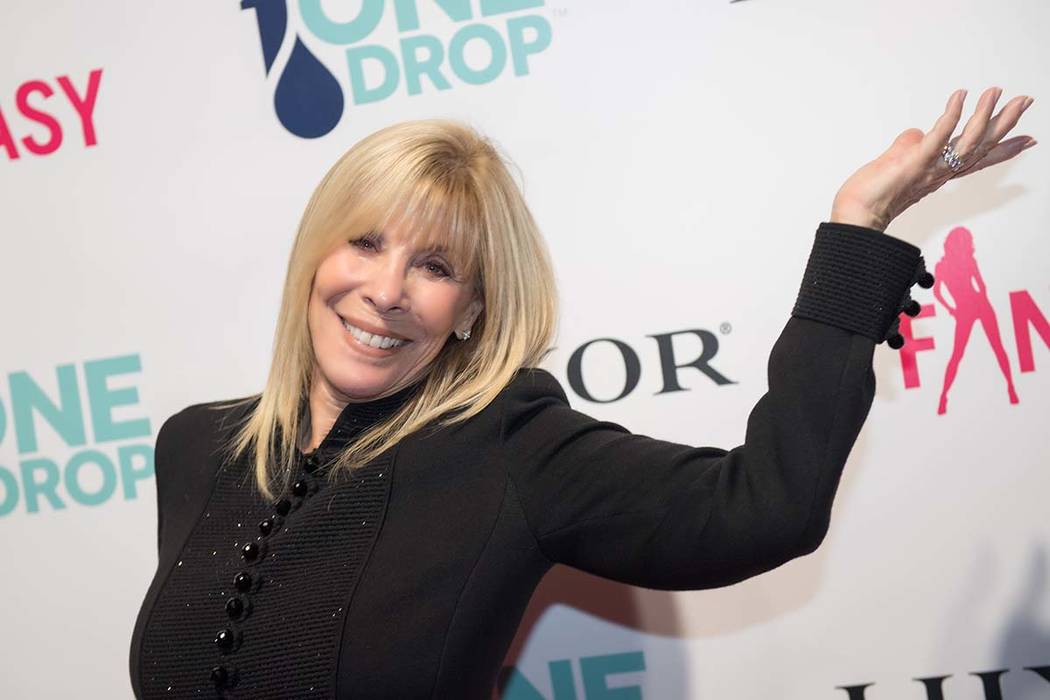 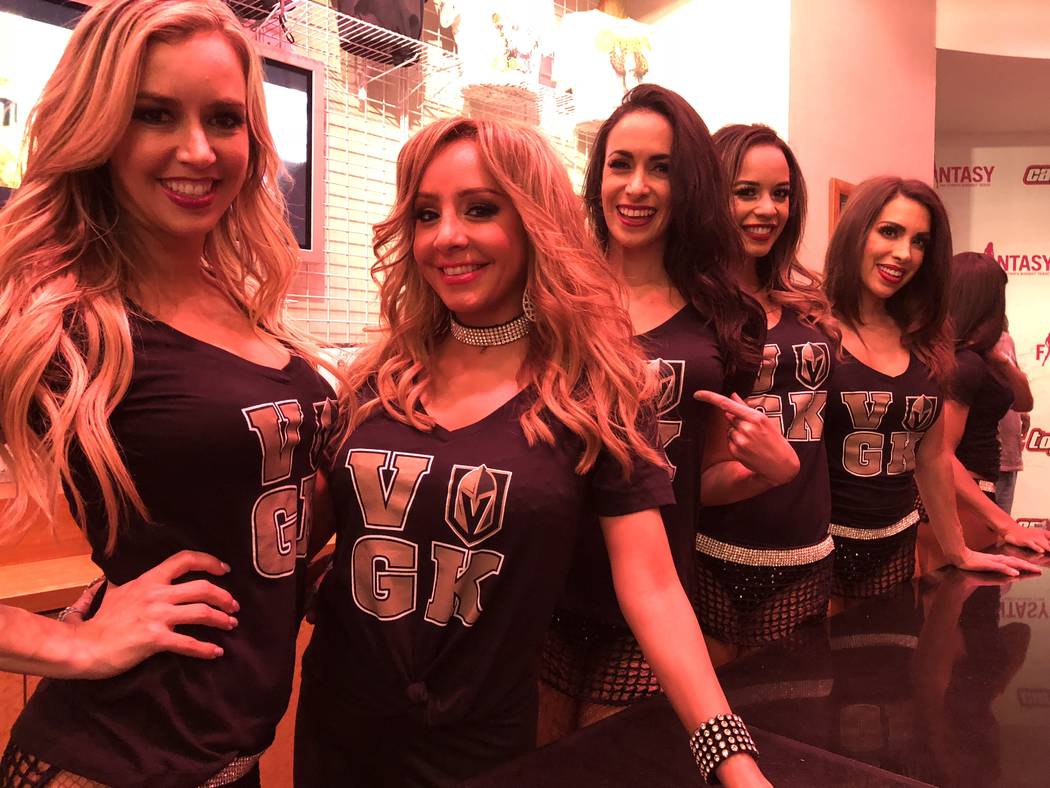 The cast of "Fantasy" at Luxor is wearing Vegas Golden Knights T-shirts onstage until the end of the Stanley Cup Playoffs. (Anita Mann Productions) 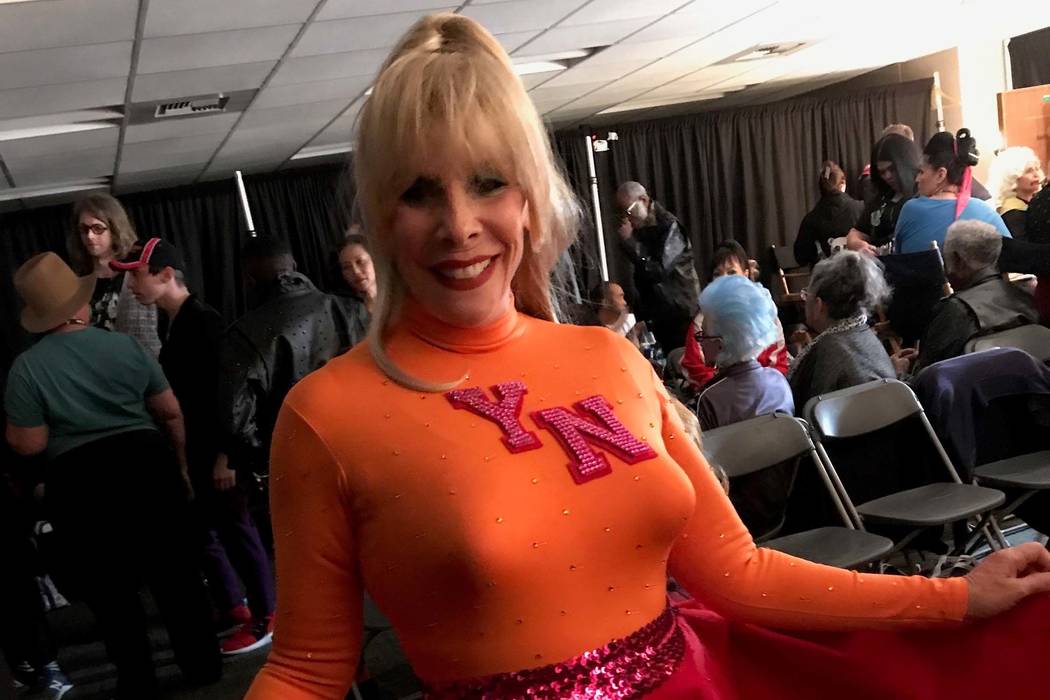 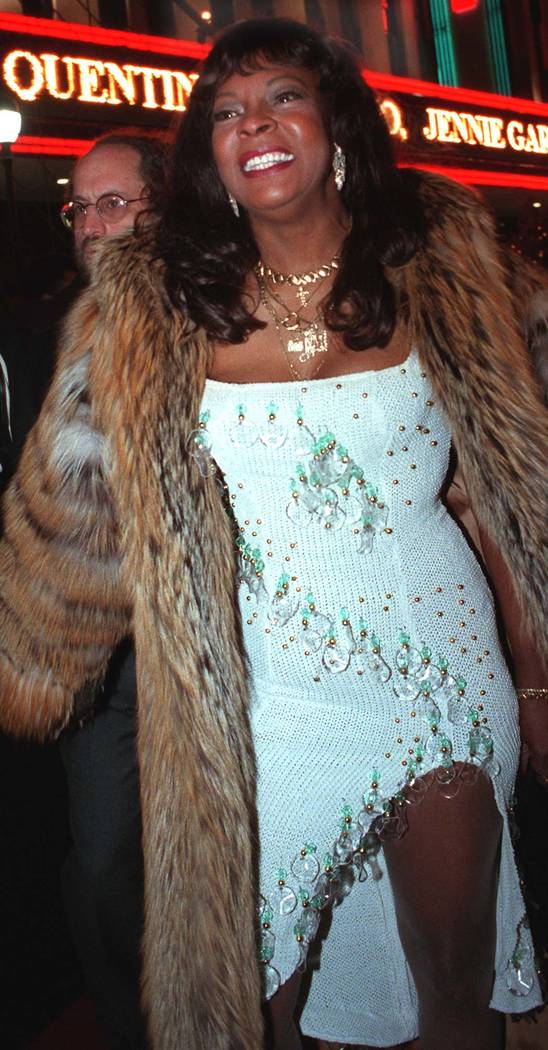 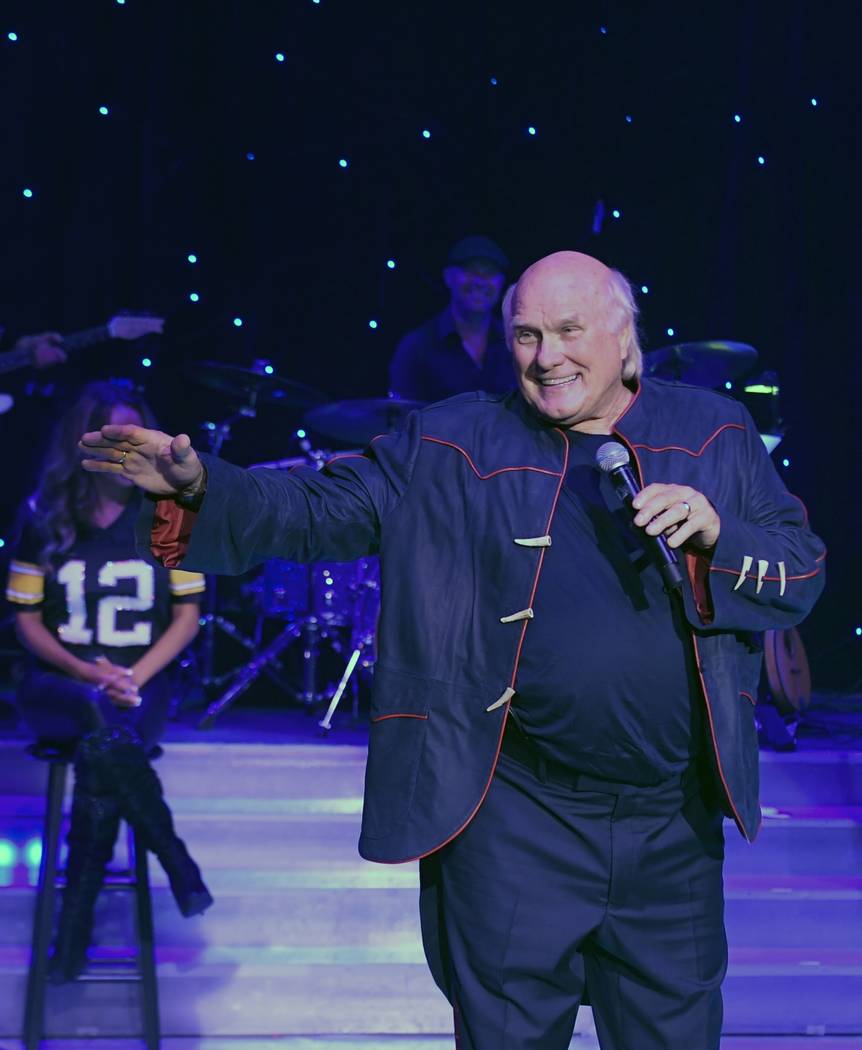 The Kats! Bureau at this writing is Starbucks outside the “R.U.N” entrance at Luxor. This is one of seven shows produced by Cirque du Soliel, and also one of two Starbucks outposts on Luxor’s casino floor. You can buy coffee pretty much every 20 feet here.

Producer Anita Mann has kept the show’s quality high throughout the years, developing and adding new numbers as the anniversary passes.

Something to know about Mann: She has 16 grandkids, and she makes time for them by resisting continual overtures to develop another production in Las Vegas. She also helped turn the slinging singer Terry Bradshaw into a viable entertainment option on the Strip.

As James Brown sings in a song still used in “Fantasy,” Luxor is Mann’s world … I think that’s the lyric, anyway.

Reeves, Miller to be honored

Motown great Martha Reeves of Martha and the Vandellas and Venetian/Palazzo Entertainment Director Neil Miller are being honored with legends awards at Wednesday’s Casino Entertainment Awards show, part of the Global Gaming Expo. The show starts at 6 p.m. at Vinyl at Hard Rock Hotel. Magic Murray Sawchuck of Laugh Factory at the Tropicana hosts; I’ll be presenting the award for entertainment booker.

Famous for such hits as “Heat Wave,’ “Jimmy Mack” and “Dancing in the Street,” Reeves remembers her Las Vegas debut in 1969, when Ann-Margret and Redd Foxx also headlined the hotel — in its lounge. Elvis was at International Theater at the time.

“There were so many stars in that one hotel,” Reeves says. “Redd Foxx had this thing he did with me, every time he saw me, he’d shout, ‘Hey! Gladys Knight!’ I wanted to punch him.”

Reeves continues to perform on the road, saying, “I’m like a bird. I sing every day. What happens when a bird stops singing? He falls off the limb. I will never stop singing.”

Miller oversees the entertainment venues at Venetian and Palazzo. He says the unoccupied Palazzo Theater, where “Baz” closed in June 2018, will again be occupied in 2020. “It will be something not seen in town,” he says. Miller’s office overlooks the MSG Sphere.

“The product is on track and on scale and popping out of the ground,” he says. “It will change the skyline of the Strip, and it will change entertainment in Las Vegas.”

Opaline Theater, too, will eventually have a show — that’s the old Blue Man Group and “Rock of Ages” space. Currently, Human Nature and “Atomic Saloon Show” are the two ongoing productions at Venetian/Palazzo.

Miller’s days in Las Vegas pre-date the advent of Cirque du Soliel, when such shows as “Jubilee!” and “Folies Bergere” were the grand-scale productions. He has seen the pendulum swing to superstar residencies in place of those production shows, but adds, “You have to be ready for the pendulum to swing back in entertainment, and that’s where we are.”

Miller will be there, concepts in hand, when the trends turn.

“It’s terrific and humbling to be honored by your peers,” he says, “but I’m certainly not planning on retiring anytime soon.”

Dionne warms to the Barge

Dionne Warwick is cozying up to her surroundings at Cleopatra’s Barge at Caesars Palace. Her performance on Sunday night was a beautiful lesson in song delivery. She sang a wonderfully restrained “I’ll Never Love this Way Again,” throwing her voice at the end in a rendition that did give the chills.

Warwick’s son, drummer David Elliott, and granddaughter Cheyenne Elliott (David’s daughter) add a family element that brings a smile to Warwick’s face, and to anyone’s in the room.

I caught Warwick’s show at Jubilee Theater, too, in April. I prefer the smaller Barge setting — I think any fan would — to have the legend right there in front of you. In fact, as Warwick received a standing ovation at the end of Sunday’s show, the couple seated in the middle of what is usually the dance floor nearly met her face-to-face.

“Oh, thank you!” Dionne said, backing away a bit. So close. Warwick is onstage Thursdays through Sundays, through March 1. It’s a great night for a date night.

Of reports of soft ticket sales for “Blanc de Blanc” and “R.U.N,” I say this is the new normal. Or maybe the stale normal. New shows that burn up the box office out of the gate are the exception, not the rule. If a production has enough operating capital (or, if you will, money) to survive this reality, it has a chance. If not … this is how rooms go dark and stay unoccupied …

A topic on which I agree with Mann: Bradshaw should mention his Luxor show during his Sunday NFL coverage on Fox Sports. As a football fan, I want to hear that conversation among the panelists. Bradshaw is back at Atrium Showroom on Oct. 22 …

What do Carrot Top and Westgate Las Vegas owner David Siegel have in common? Both are avid Miami Dolphins fans, and riding out a dismal season …

Chris Phillips of Zowie Bowie turned 53 on Monday. He still performs the high leg kick. When he can’t, it’s time to pay the tab and go home …

I’m asked often who is the best overall entertainer I’ve seen in Las Vegas — and it’s come up randomly in the past couple of weeks. Wayne Brady is the answer. PodKats! coding

The Review-Journal is owned by the family of Las Vegas Sands Corp. Chairman and CEO Sheldon Adelson. Las Vegas Sands owns The Venetian and Palazzo and is a partner in the MSG Sphere project.