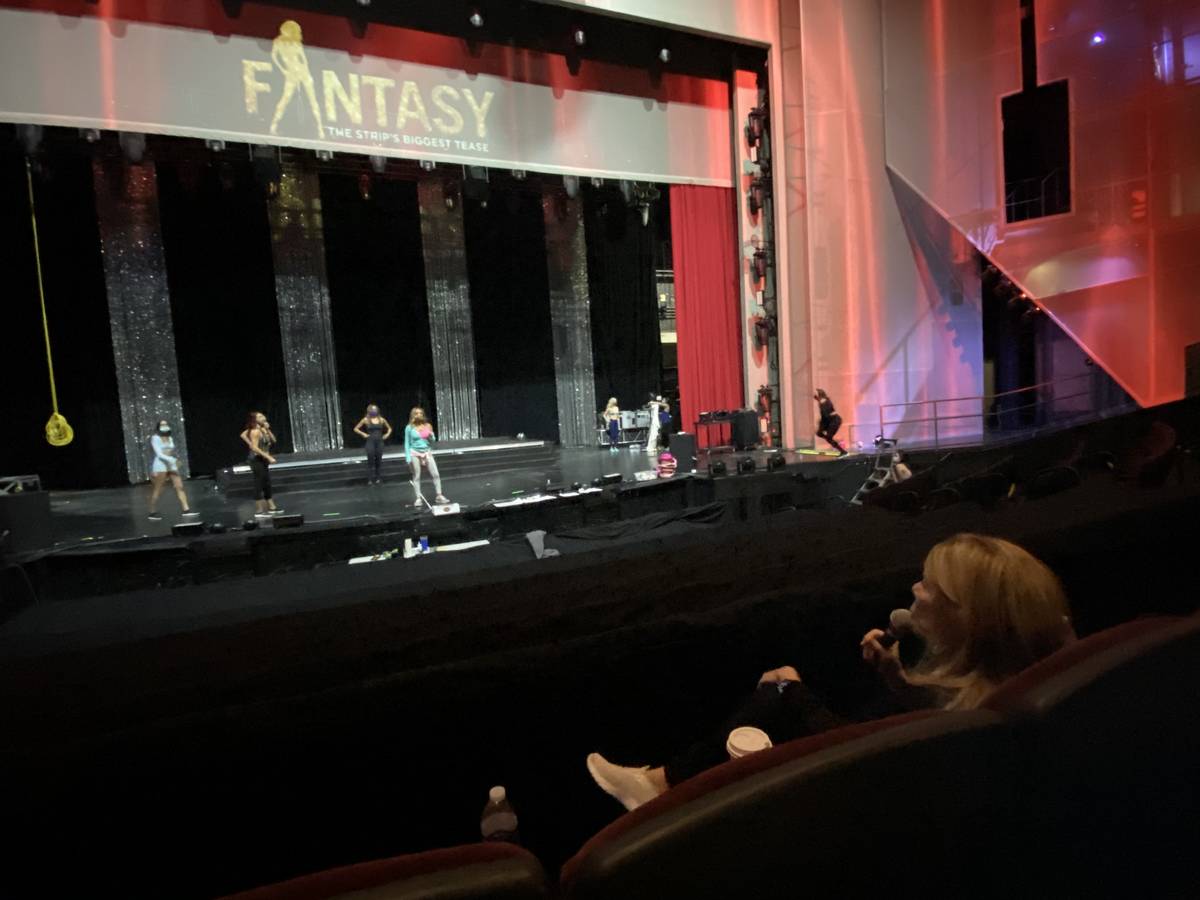 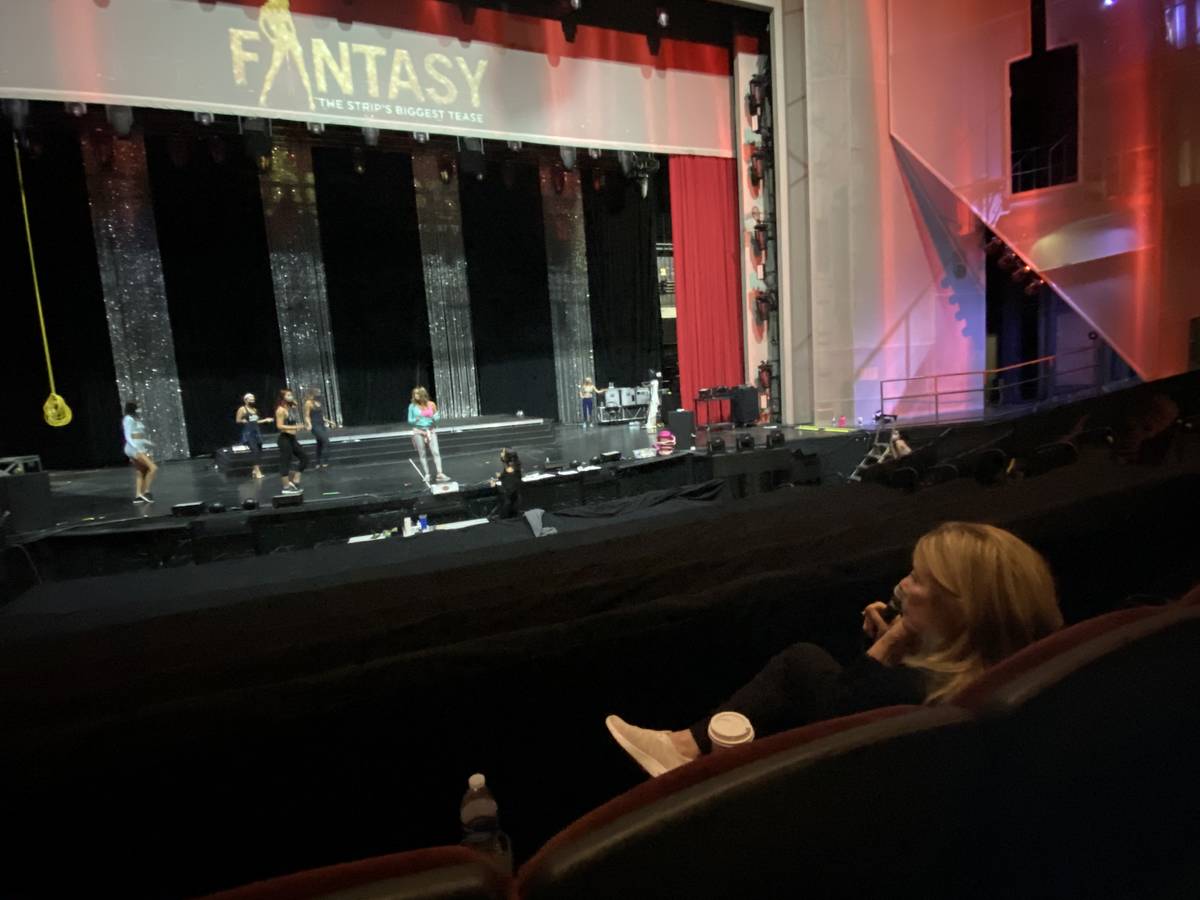 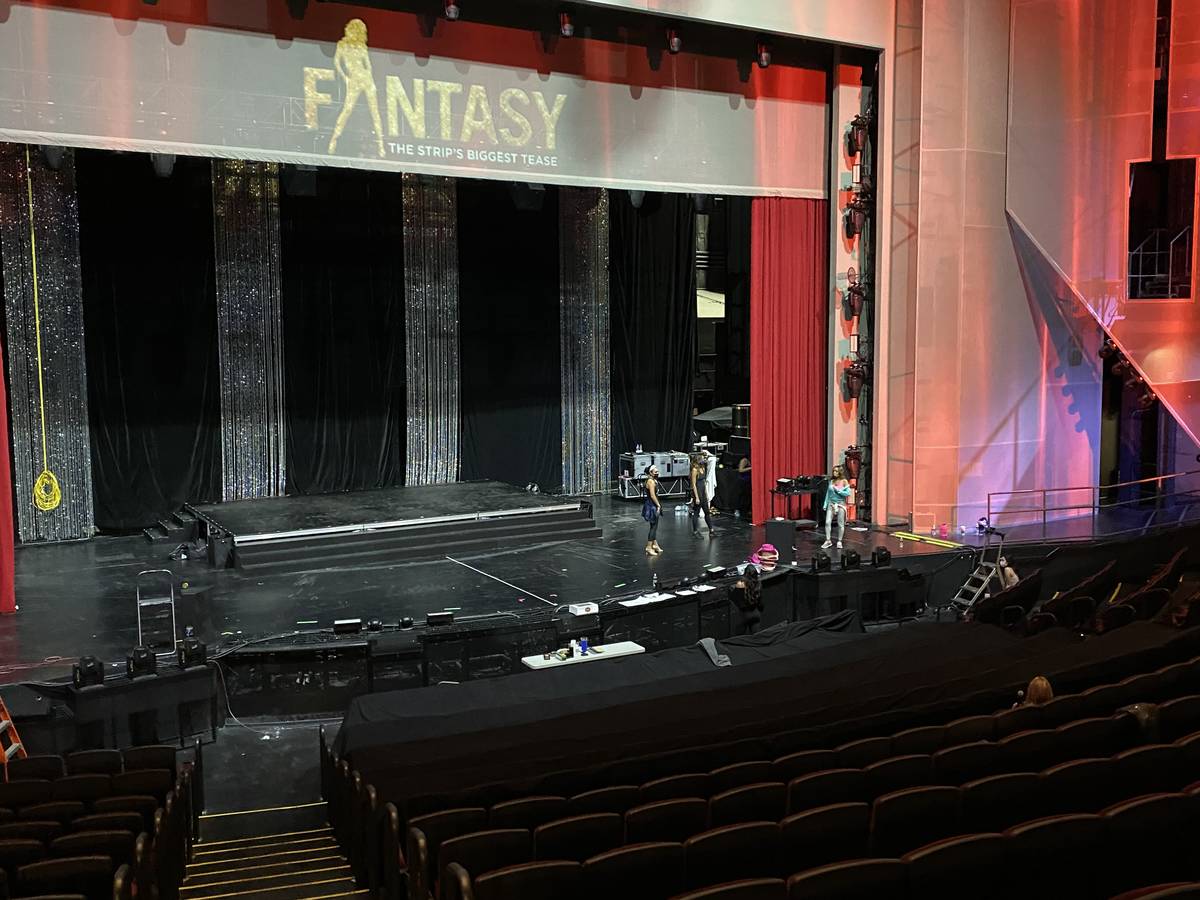 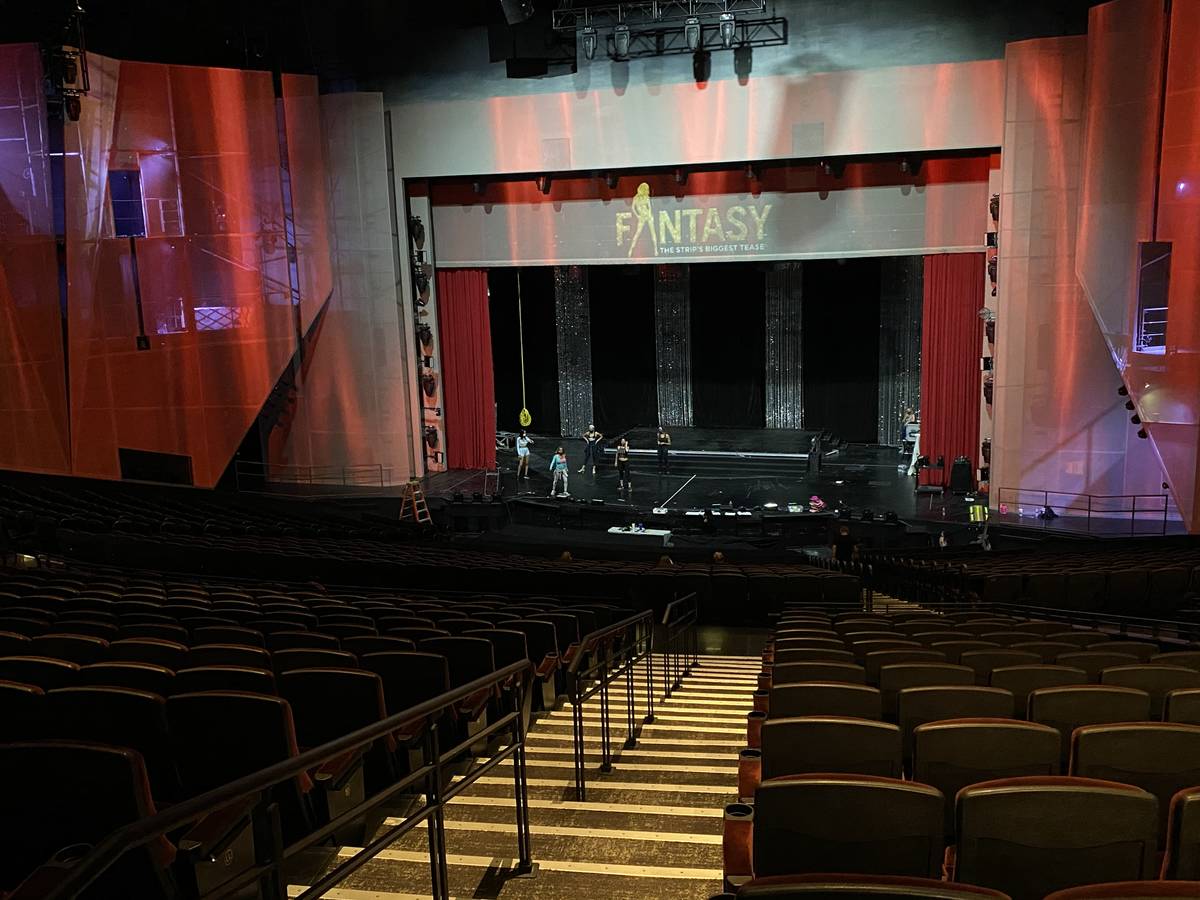 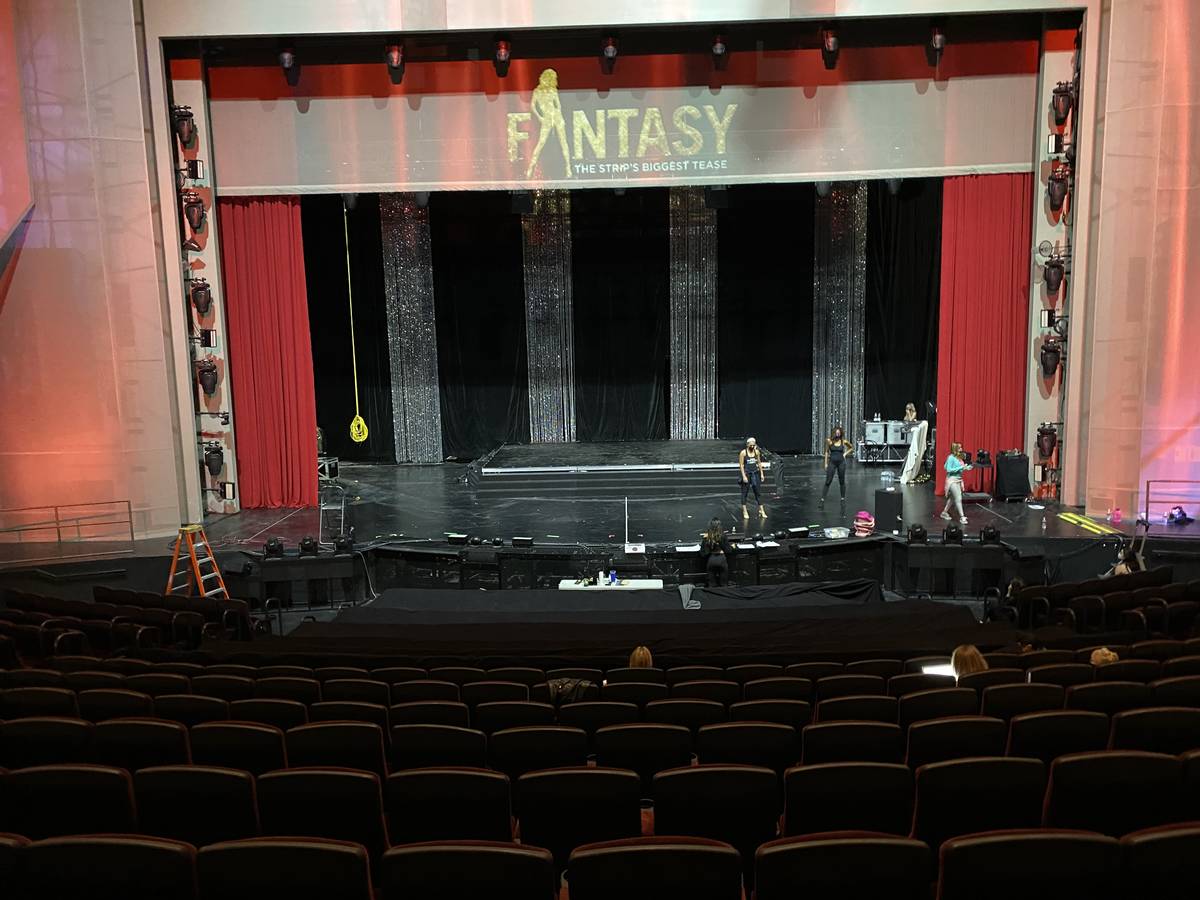 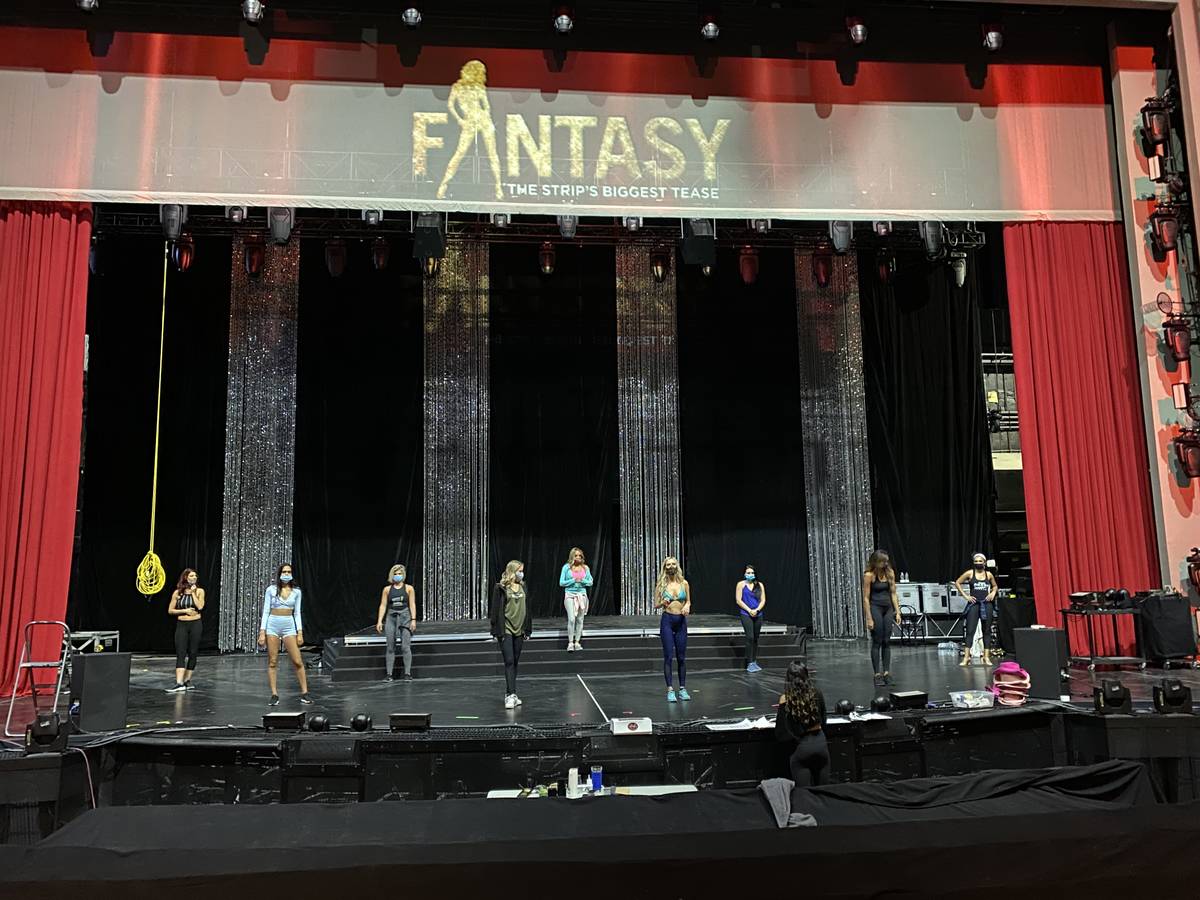 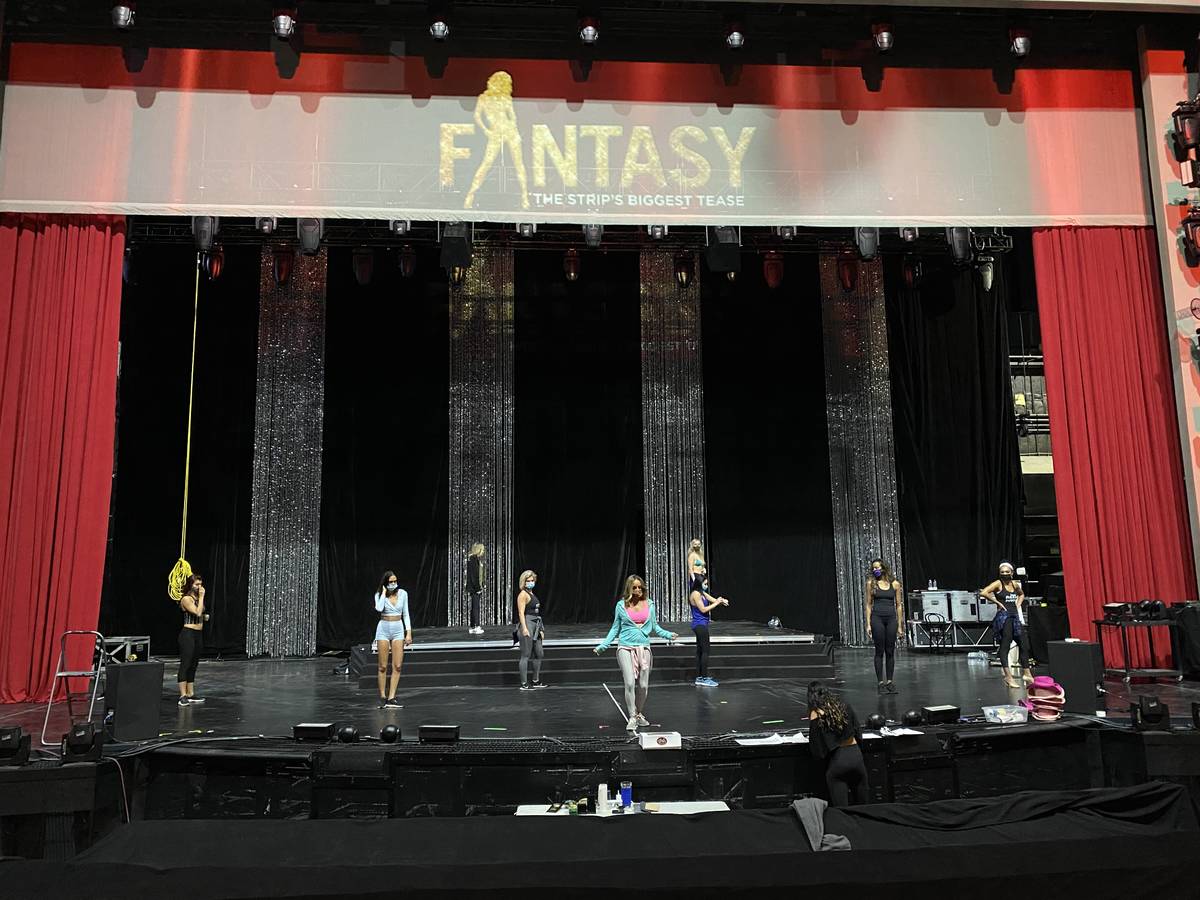 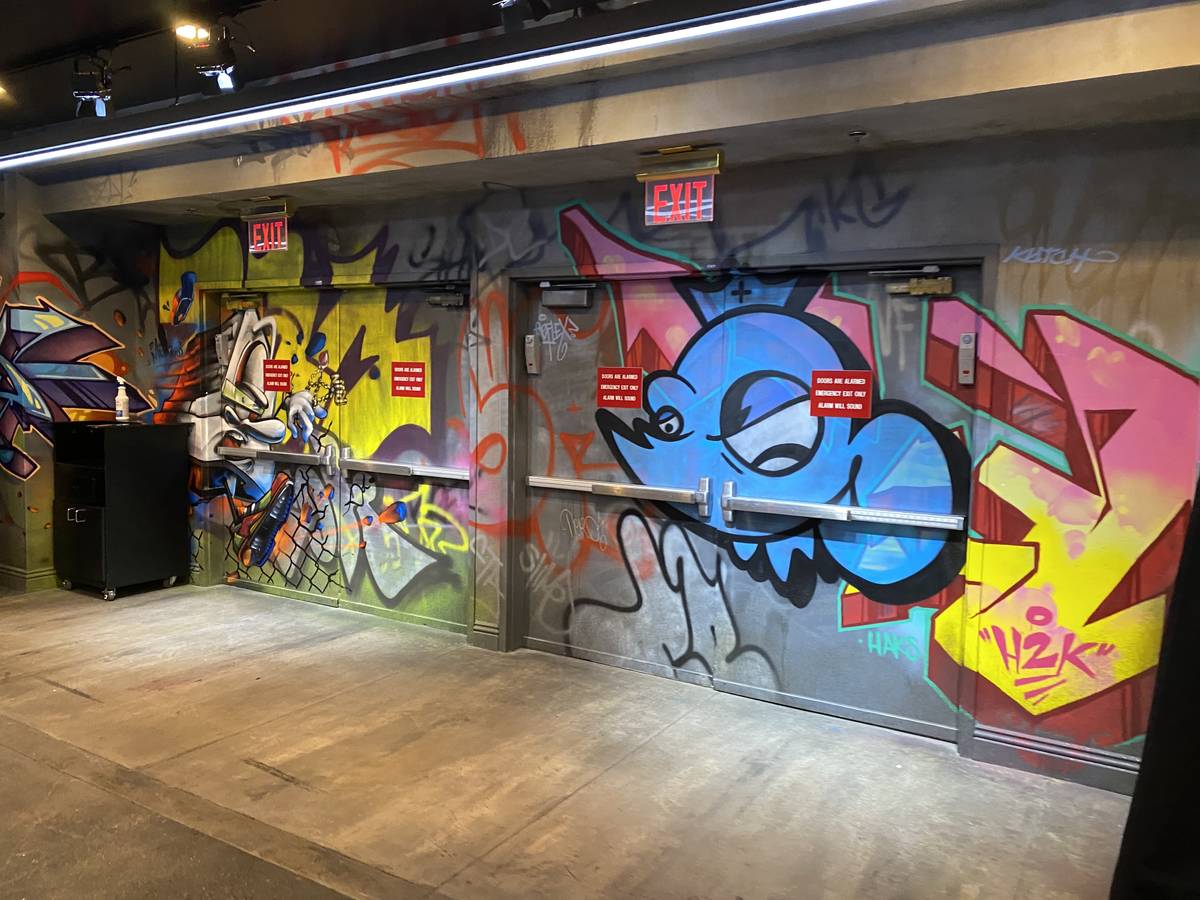 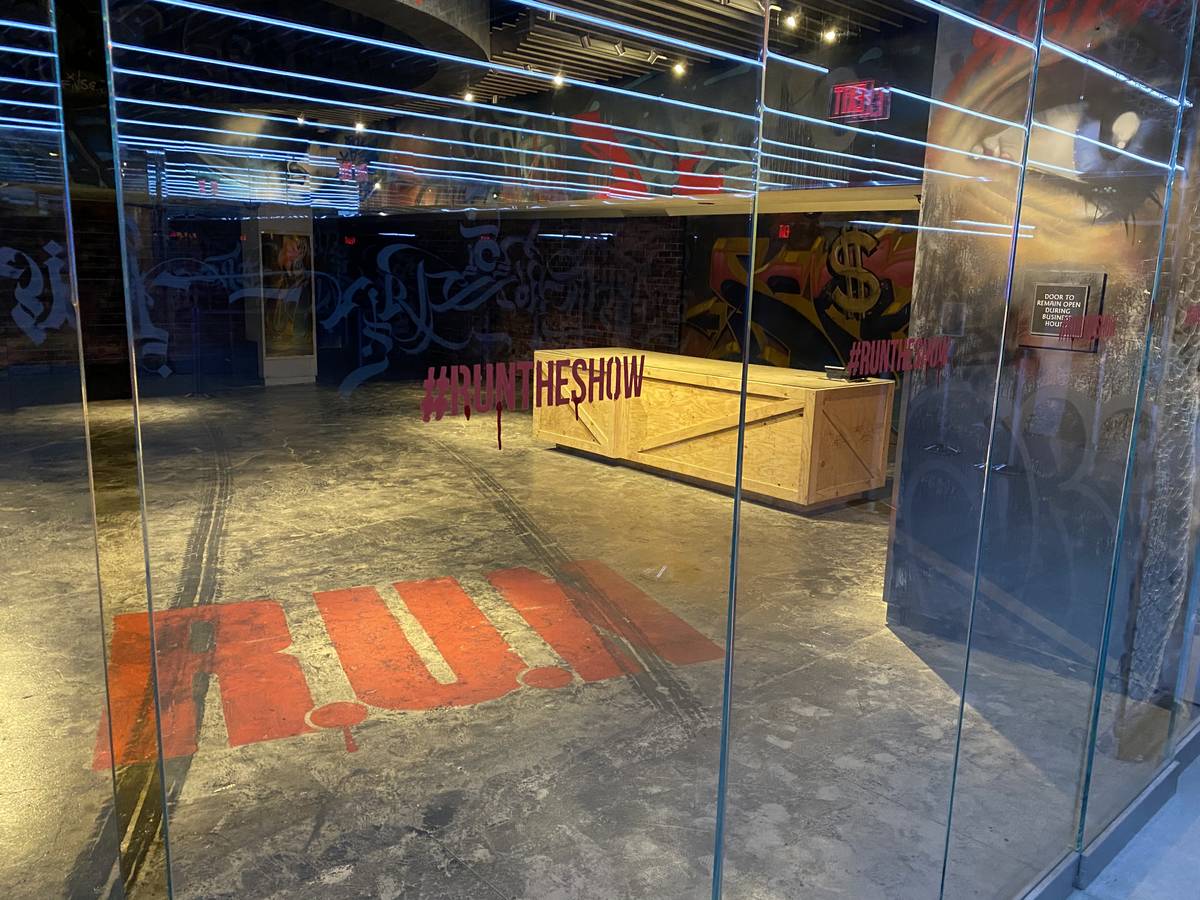 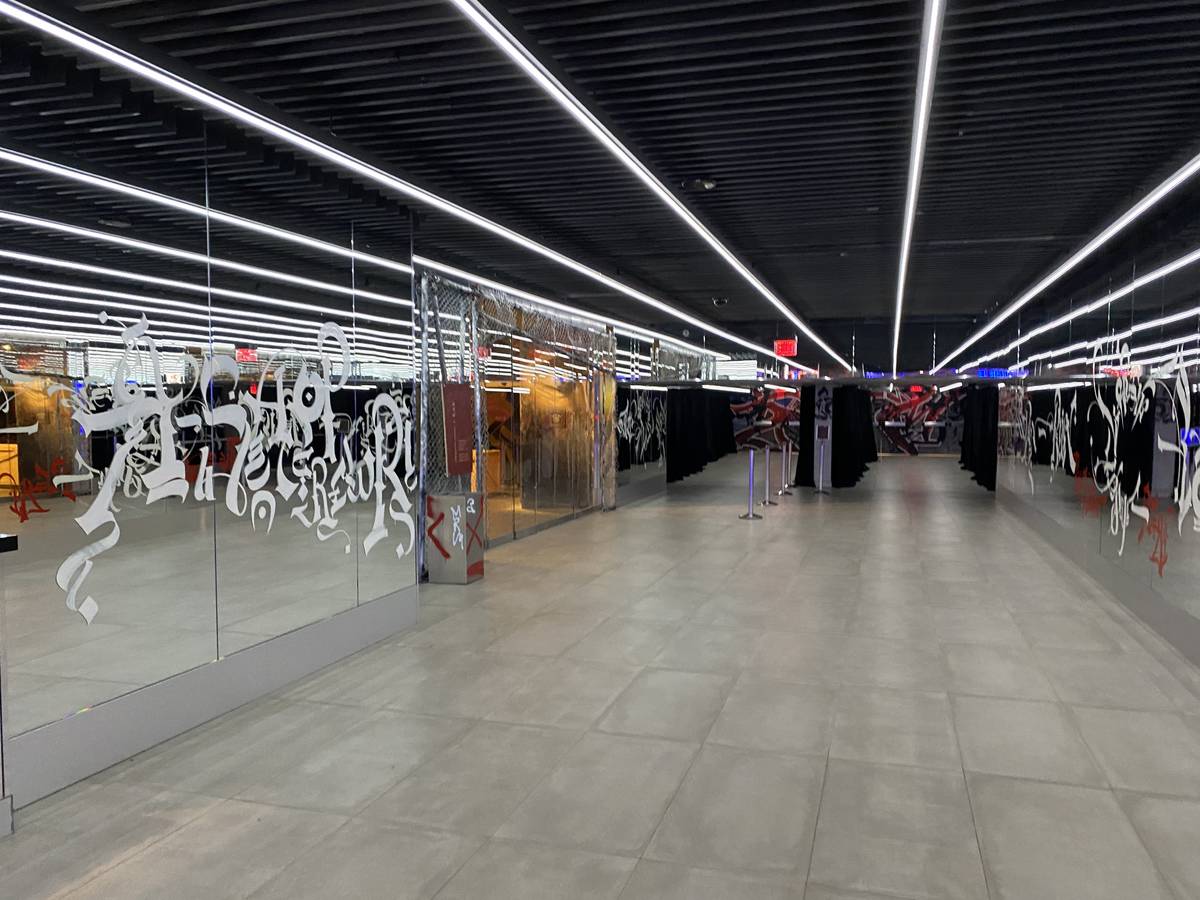 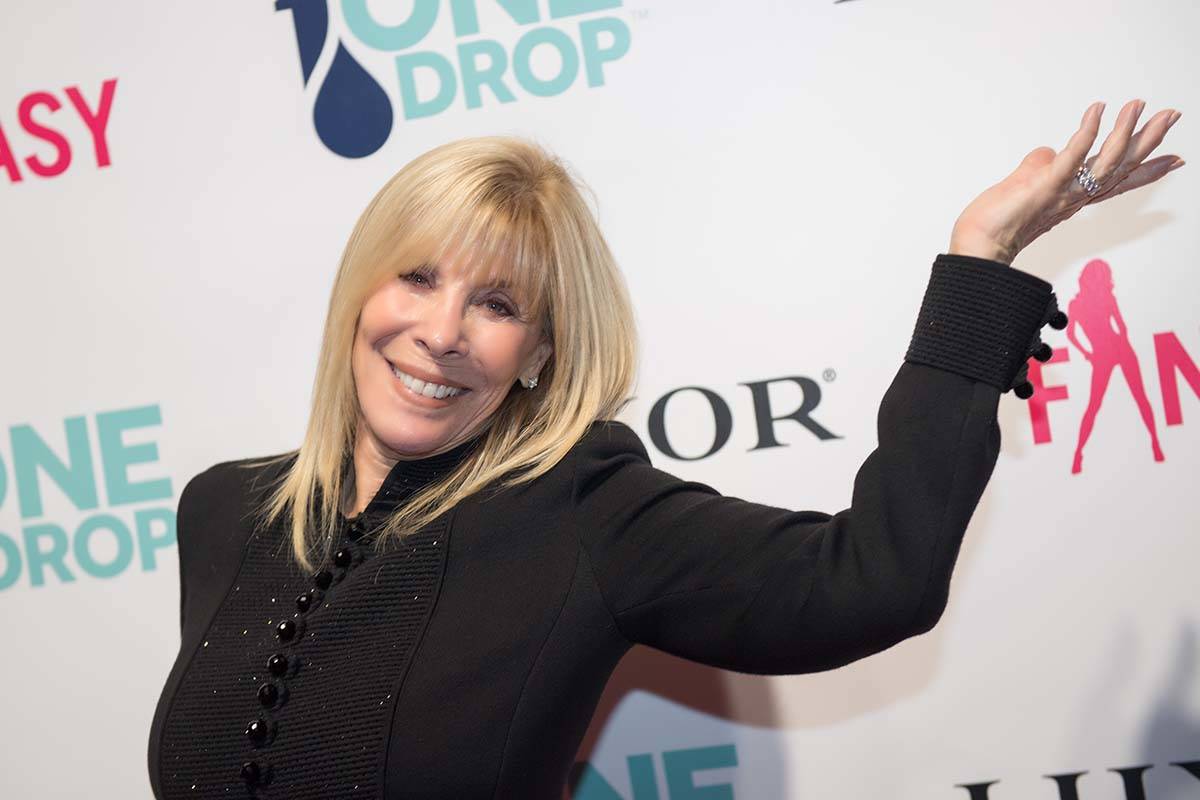 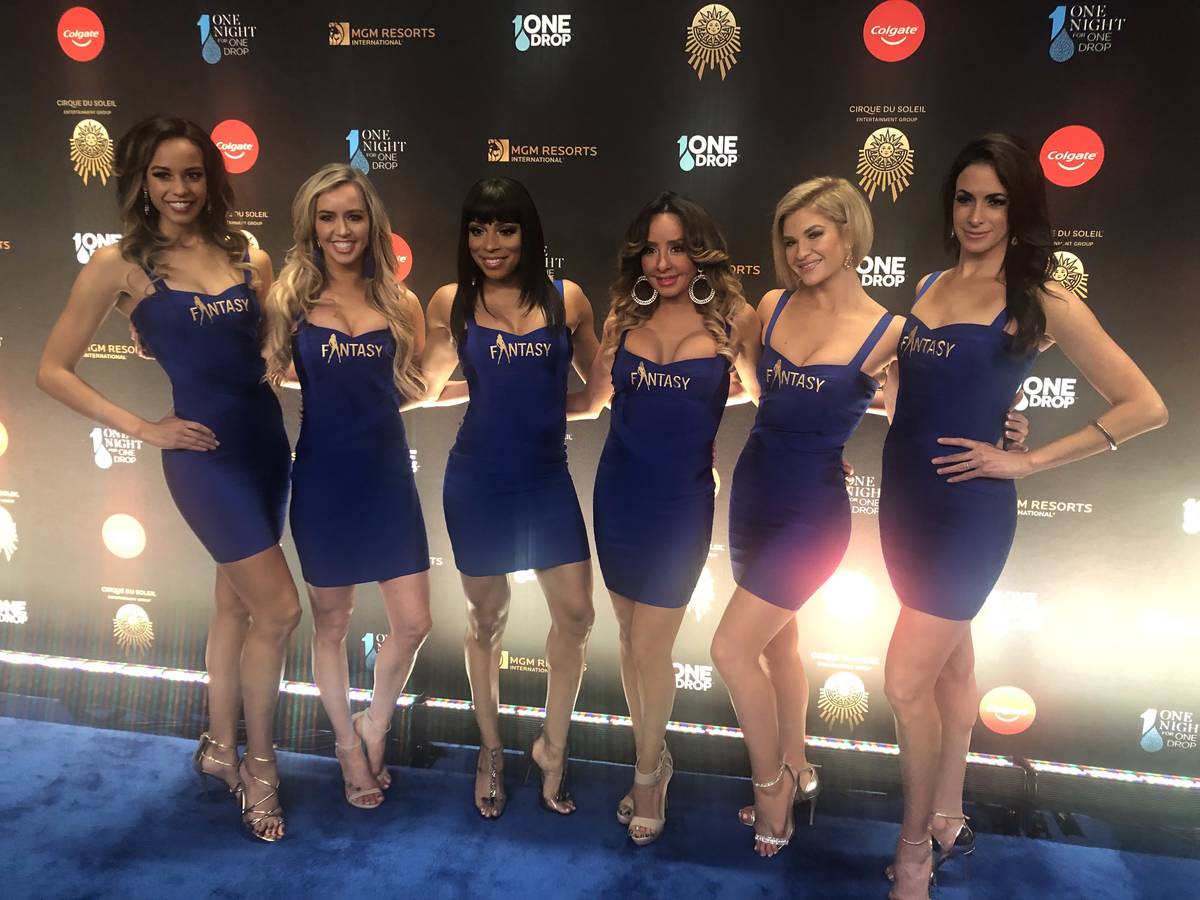 The cast of "Fantasy" at Luxor is shown on the Blue Carpet prior to "One Night For One Drop," held at O Theater at the Bellagio on Friday, March 8, 2019. (John Katsilometes/Las Vegas Review-Journal )@JohnnyKats 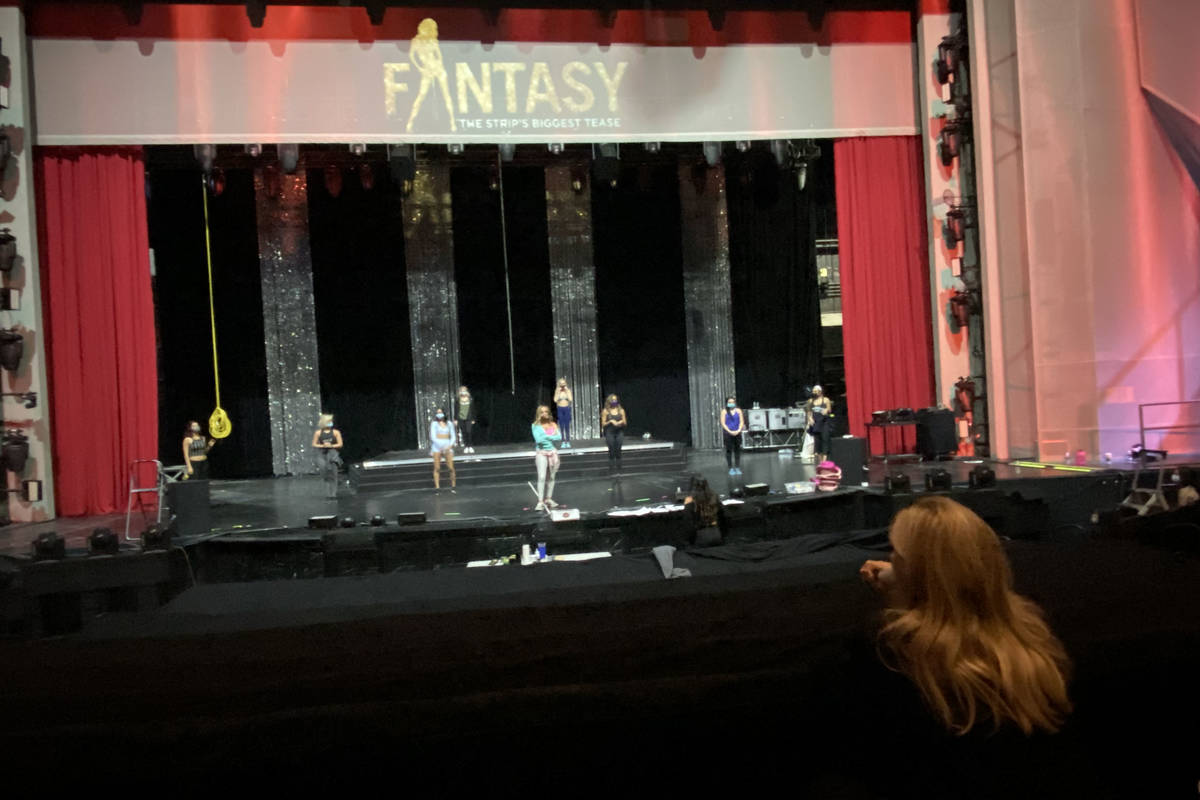 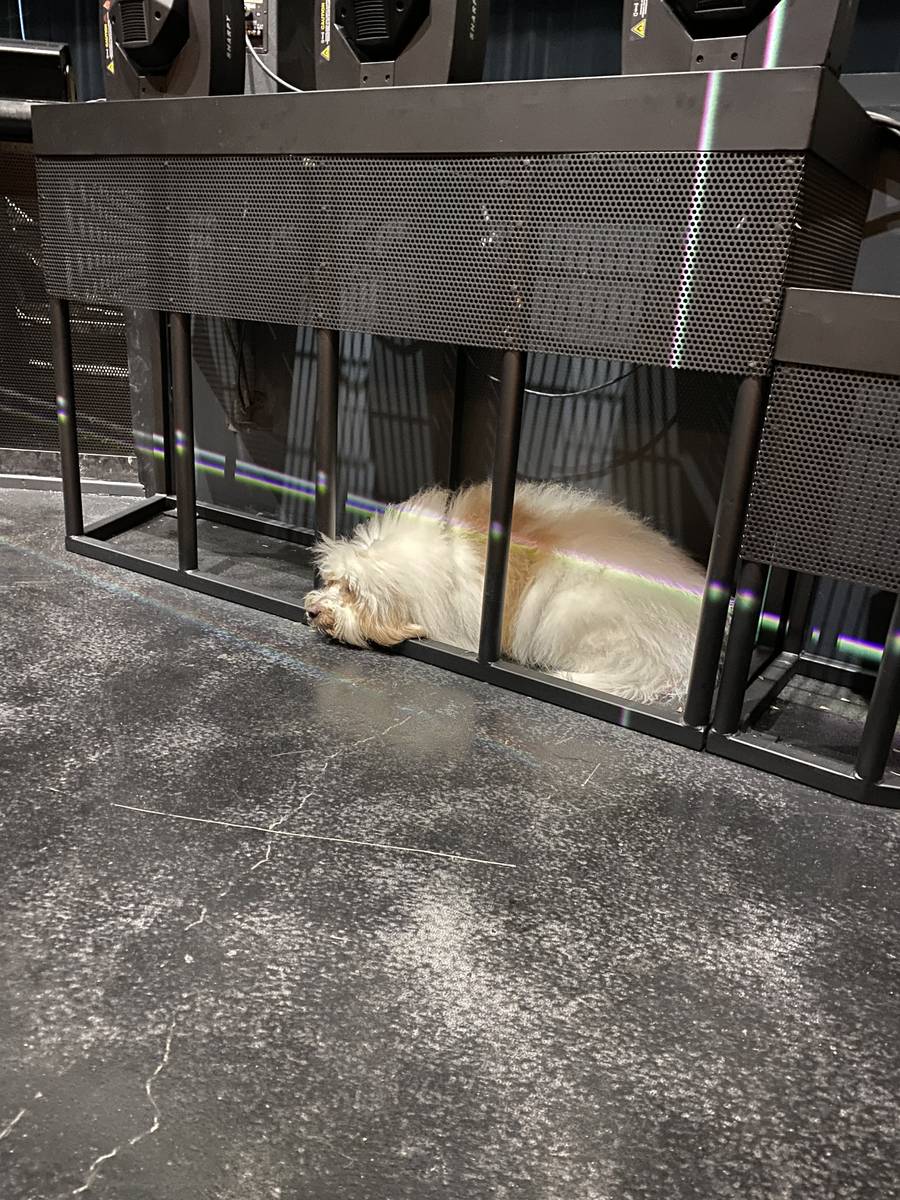 Expect it all to be covered up as an uncovered production, “Fantasy,” moves into an open-ended run in the 1,500-seat theater beginning 10:30 p.m. Friday.

“Fantasy” is what “R.U.N” was not — a hit. The topless revue, running for 21 years in the hotel-casino, is moving out of the Atrium Showroom to the larger theater so it can follow COVID-19 reopening protocols. Luxor Theater has been home to big productions over the years. The venue was the original home to Blue Man Group from 2000-2006, “Hairspray’s” short-lived run and a series of headliner shows featuring Earth Wind & Fire, Lindsey Buckingham and Liza Minnelli.

“Fantasy” has always played to a 350-seat theater. Meeting the 250-capacity requirement, with 25 feet separating the stage from the audience and 6 feet between clusters of ticket holders, forced the show’s move.

“This is a production show now,” producer Mann says during a break in rehearsals. “It’s like building a brand-new show.”

“Fantasy” opened at the Atrium in November 1999, as “Midnight Fantasy.” It has never performed a ticketed show anywhere else in Las Vegas until this weekend.

Mann is at the helm, always. She calls out that she needs the dancers’ heads and arms to move together.

“I know you are tired. I know you are feeling it in your legs,” Mann, a lifelong dancer, says to the cast. “We are almost there. Two more numbers.”

The cast moved into Luxor Theater for rehearsals Saturday. The dancers have been working at the proverbial breakneck pace since, while its staircase prop and stage curtains are reinstalled and the sound and lights are dialed in.

“We have been ready to be back for months,” said Mariah Rivera, a “Fantasy” lead dancer for a decade who has ascended to the show’s associate producer. “We are ready to go right now.”

Not shy about her zeal to be back onstage, Rivera has frequently replied to social media posts about supper clubs, restaurants and live entertainment by commenting, “ ‘Fantasy’ is ready to open, too!”

The requirements for live entertainment to return during the pandemic are now familiar. Vocalist Lorena Peril won’t need to wear a mask while singing. Dancers wear masks. The audience wears masks, too, always required just to be in the casino. Dancers are spaced 6 feet apart. The show remains topless and dance-centric, with Isabella Rossetti-Busa’s aerial act still in place. Magic Murray Sawchuck and his partner, Dani Elizabeth (who also happens to be emcee in the sidelined “Crazy Girls” at Planet Hollywood Resort) fill the 15- and five-minute breaks.

The show will take advantage of the room’s LED panels, covering the distance in the theater. Peril is cutting loose with a new number, Janis Joplin’s “Piece of My Heart.”

Otherwise, the new “Fantasy” seems a classic case of appreciating art, even from afar. For Mann, it’s a unique challenge, but she’s up for the task. The dancer and choreographer has won Emmys for her work on the Miss America Pageant and Jerry Lewis’ MDA Labor Day Telethon. Mann also choreographed the Solid Gold Dancers for the syndicated ’80s music-hits show and, at one point, had 20 live productions running across the country.

“This is a lot like producing a TV show, which I have done before,” Mann says as “Fantasy” dancers rest in the theater seats. “We just need to get to opening night. That’s all I can think of right now. Follow the rules and put on the best show that we can for as long as we can.”