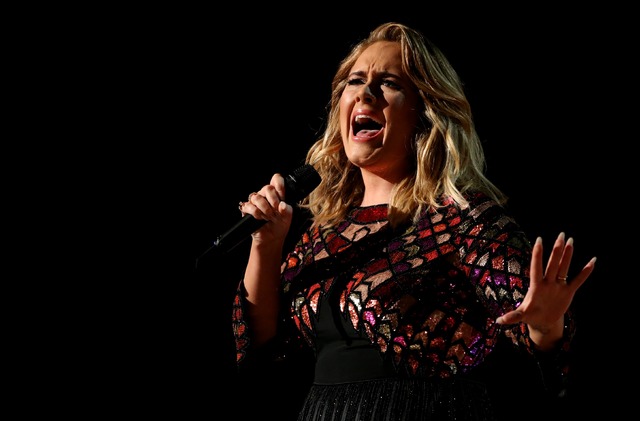 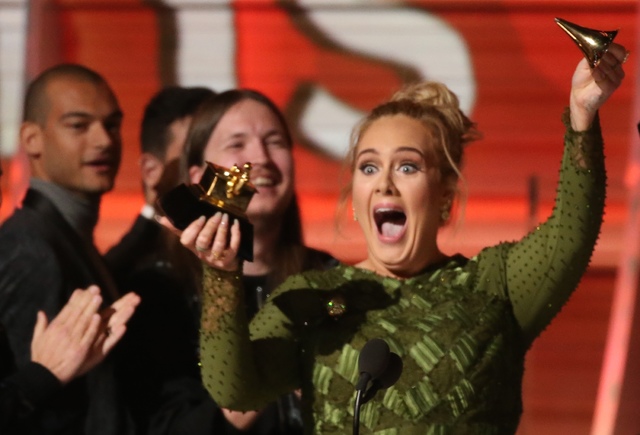 Adele breaks the Grammy for Record of the Year for "Hello" after having it presented to her at the 59th Annual Grammy Awards in Los Angeles, California, U.S., February 12, 2017. Lucy Nicholson/Reuters 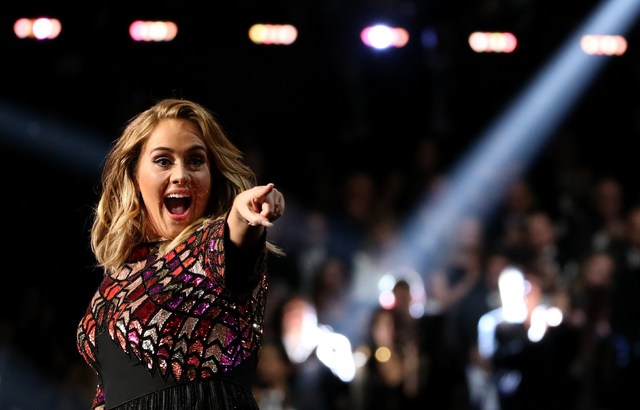 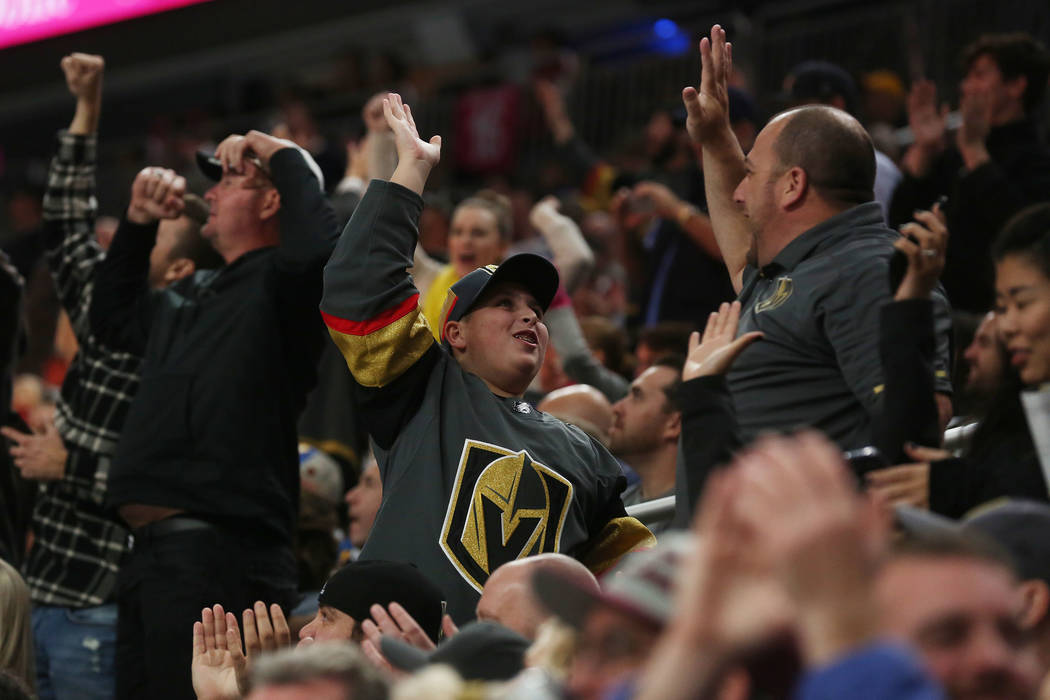 Adele is again the focus of reports out of Britain that she is to perform an extended engagement on the Strip.

But reports out of Las Vegas, where the Strip is located, indicate it’s not happening.

The U.K. tabloid The Sun reported Sunday that Adele was in talks with Wynn Las Vegas for a year-long residency, performing once a week and commanding $500,000 per show, or $26 million per year if she were to perform every weekend.

The team at Wynn says otherwise. Hotel spokesman Michael Weaver said in an e-mail Monday that the company had “not had discussions with Adele.” Insiders at AEG Live and Live Nation, the city’s predominant concert-booking companies, also said there are no ongoing discussions to bring Adele to the Strip.

Adele has been the center of speculation about a Strip residency for the past couple of years. In 2015, she was reportedly offered $1 million per night by Caesars Entertainment and MGM Resorts and and $1.6 million by The Venetian/Las Vegas Sands (venues and other terms not specified). In January, reports that Adele was being courted anew by those three frequently mentioned resort companies resurfaced.

In June, Adele said she’d grown tired of touring, writing a note into the program for her “25” tour stop in London: “I don’t know if I’ll ever tour again and so I want my last time to be at home.” She wrapped that 15-month tour through Europe, the U.S., Australia and New Zealand in July after performing 123 shows.

Las Vegas Mayor Carolyn Goodman and her hubby, former Mayor Oscar Goodman, appear on HBO’s “Real Sports” with Bryant Gumbel at 7 p.m. Tuesday. The topic is the possible expansion of sports betting across the country. The Goodmans were interviewed in late-September by correspondent Andrea Kremer.

The early line on the segment is 6 ½ minutes. Oscar advises to take it “over” …

Tom Green is donating the first week of sales of his upcoming run at the Back Room at Bally’s to the Las Vegas Metropolitan Police Department Foundation. Green is also meeting with Metro officers and offering free tickets to members of the force and their families for all performances of “The Tom Green Show” through the end of the year.

Backed by Seth Yudof’s UD Factory of Las Vegas, Green opens at Bally’s at 8 p.m. Sunday. He performs Sundays at 8 p.m. and midnight, and Mondays through Wednesdays at 10 p.m.

After the St. Louis Blues scored their first goal against the Vegas Golden Knights on Saturday, a huge roar went up at T-Mobile Arena.

The high volume of fans of visiting teams, with 30 percent as a rough estimate, is commonplace at T-Mobile Arena. Veteran Vegas ticket broker Ken Solky, president of LasVegasTickets.com, says the formula for visiting fans is easy to identify.

“You’re going to have a lot of people who live in Las Vegas who are fans of other teams, like the Detroit Red Wings, Chicago Blackhawks and L.A. Kings, but you’re also going to see fans from Detroit, Chicago and L.A. coming to Las Vegas because it’s easy to get to, rooms are inexpensive and the ticket prices are about the same as they’re going to be anywhere else,” Solky says. “So far, they’ve been buying tickets and driving tourism, coming to eat, gamble, drink and watch their team lose to the Knights.”

Solky said the Golden Knights’ crowds have been obviously bolstered the team’s hot start and popular longtime NHL opponents — including the Blackhawks tonight.

But he says the true measure of the city’s NHL experience will be later this season, when teams lacking a vast national fan base visit Las Vegas. “When the Columbus Blue Jackets and Tampa Bay Lightning visit T-Mobile, it might be a different story.”