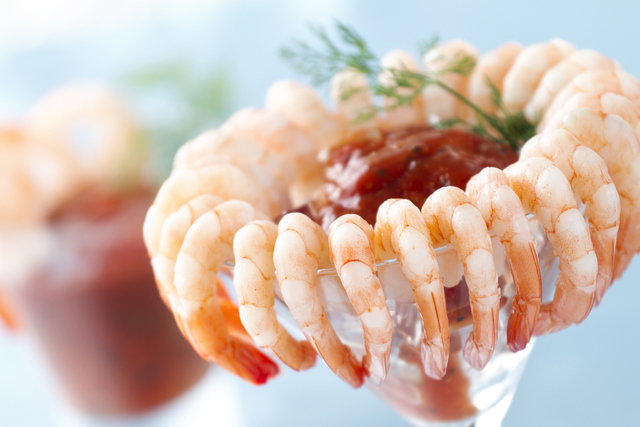 It makes sense, the small state has a long history of domination in the squid industry. To many whose livelihood depends on the $18.6 million fishery, the bill helped secure their future.

Most states have a food that they’re known for, or have even adopted as an official state food. The Georgia peach, New York-style pizza, the Michigan pasty. They aren’t always that great, like South Dakota’s “chislic,” but at least they have something.

When it comes to Nevada, that’s not exactly a fact. Nevada is such a diverse melting pot state that there really isn’t anything to claim our own.

Deadspin’s Great American Menu from 2013 listed each state’s official or most famous food. Except Nevada. They gave us an empty plate.

On the other hand, you could say that makes us unique in our own special way. But, for the sake of Nevada’s good name, let’s fill that plate.

Here are a few things that could easily be Nevada’s state food:

While we’re not top in the nation for it, we’re in the top 10 for production of the tear-inducing vegetable. Nevada has around 235,000,000 pounds of onions planted in the state covering over 3,000 acres. That’s a lot of onion.

There is even an onion named for Nevada called Allium nevadense. The species is widespread over northern Nevada, Utah and some of California.

The Basque people come from an area between France and Spain and settled in Nevada during the gold rush. Basques came from South America and directly from the homeland to mine, but quickly found that sheep farming provided a much more suitable life. By the 1970s, that life wasn’t very suitable and most traveled on.

However, the influence still remains, with Las Vegas still being home to many Basque restaurants and Elko being home to an annual Basque festival. The chateaubriand is a thick steak cooked methodically between two thinner steaks which are later discarded, producing an evenly rare center steak.

Las Vegas nor Reno nor any town between can claim to be the Thai capital of the United States, but we’ll always be near the top of the list. Yelp lists 240 Thai-serving restaurants in Las Vegas, and 50 in Reno. Las Vegas is home to Lotus of Siam, one of the top rated Thai restaurants in the country. A critic of Gourmet magazine even called the eatery the greatest Thai restaurant in North America.

If we can’t fill one plate for all of those American food maps, we might as well fill four or five. Buffets are one thing Las Vegas is known for, with over 200 of them. All food, unlimited amounts of it, at any time of day or night. Buffets, tied in with casino revenue, pay for many things in southern Nevada, and a big chunk of that goes to public education. Whether you go for the novelty, because you’re a picky eater or for unlimited crab legs, there’s no denying that Nevada owns the buffet world.

Again, not top in the nation, but Nevada will always make the lists. The abundance of all-you-can-eat restaurants in Nevada is unchallenged anywhere else. New York City has hundreds of sushi restaurants, most of which don’t offer AYCE and will cost your monthly rent if you’re really hungry. The Las Vegas valley is home to dozens upon dozens of AYCE options, as is Reno.

A Vegas cliche, but it’s one thing that Nevada has made its own. In 1959, the Golden Gate hotel-casino introduced the shrimp cocktail for fifty cents. It stayed fifty cents until 1991, and now costs $2.99. The introduction is credited to a man by the name of Italo Gheli, one of a group of Italian-Americans from San Fransisco who bought the property in 1955. Since then, the Golden Gate has sold more than 30 million cocktails, always served lettuce filler-free in a tulip sundae glass.

In the last 50 years, the shrimp cocktail has become iconic of eating in southern Nevada. Shrimp cocktails can be found on appetizer menus across the state, in buffets and with or without onions.