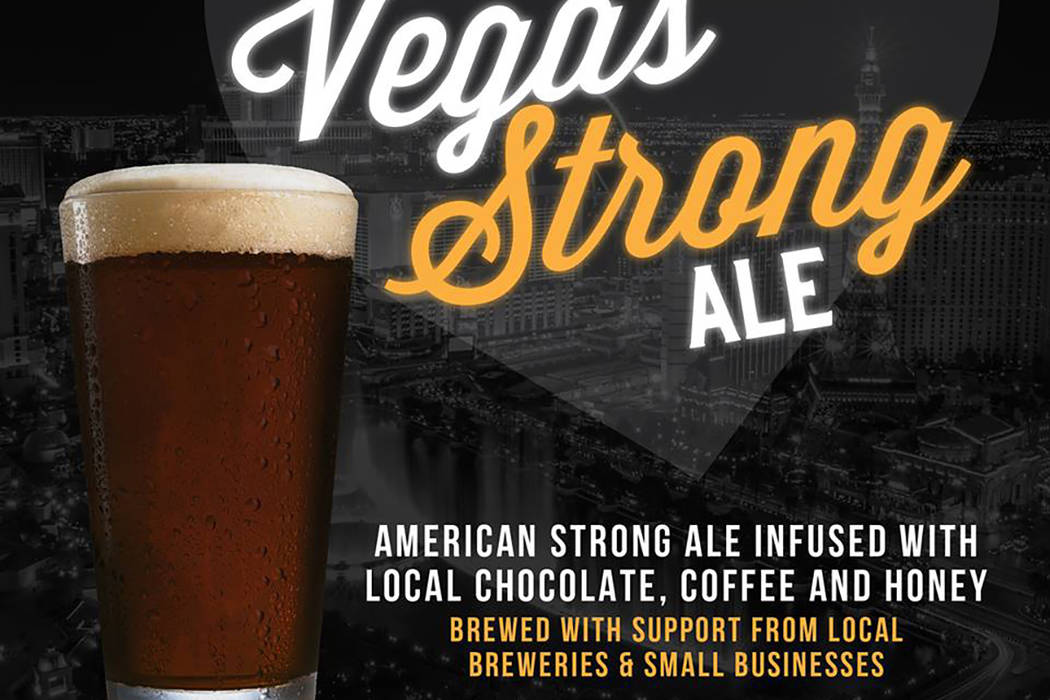 The hashtag of love and support shared in the wake of the Oct. 1 shooting — #vegasstrong — is also the name beer that was the result of a community project, conceived and spearheaded by Kyle Weniger, head brewer at Joseph James Brewing Co. in Henderson.

Weniger was in Colorado when the shooting occurred, and learned of it soon after his wakeup call at 5 a.m., or 4 a.m. Las Vegas time.

“I started frantically calling friends and family to make sure everyone was OK,” Weniger said. “When I got ahold of my brother Justin, he suggested I make a Vegas Strong beer — which, I mean, duh. Couldn’t believe I didn’t think of that right away, so the credit is ultimately due to him.”

“I decided to involve practically all of my industry friends to really put a grasp on the unified spirit of Las Vegas,” he said, “and they couldn’t have been happier to help.”

The 620-gallon batch of draft beer was produced by Joseph James with chocolate from Hexx Kitchen + Bar, coffee beans from Mothership Coffee Roasters and honey from Pahrump Honey Company, donated by beer festival promoter Motley Brews. Brewers Supply Group and Tenaya Creek Brewery donated the malt and PT’s Brewing the hops. Other sponsors are the Nevada Craft Brewers Association and Wendoh Media. All keg sales are being donated to the Las Vegas Victims’ Fund, and some of the bars and taprooms serving it will donate their proceeds as well. Joseph James has held back the last keg and will auction it to benefit the fund.

Weniger said prices vary by location but average $6 to $9.