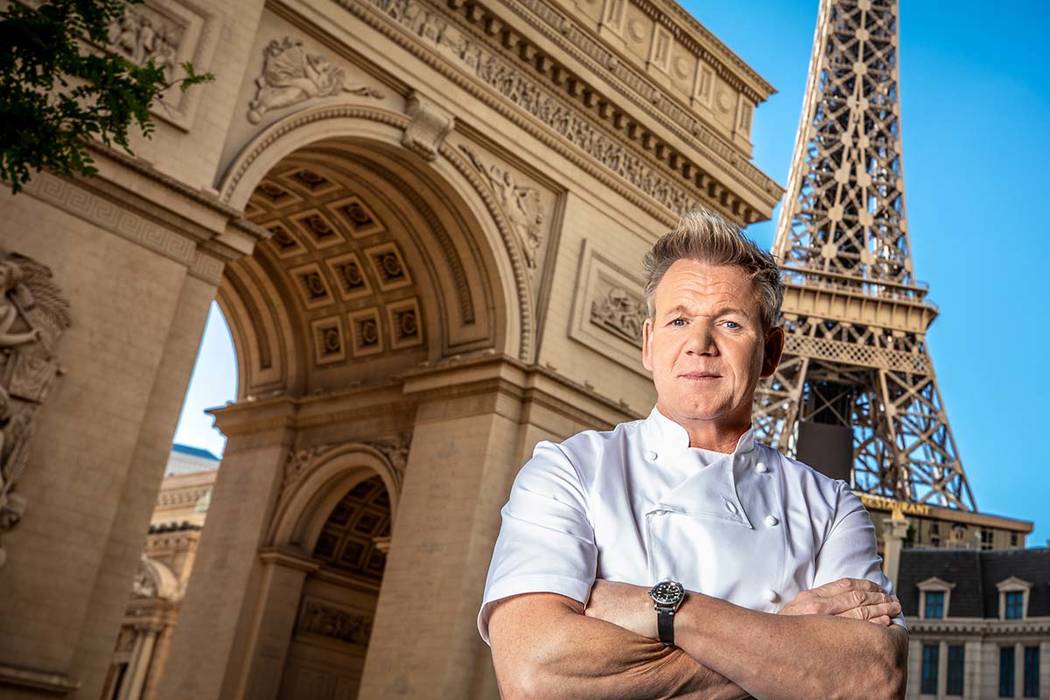 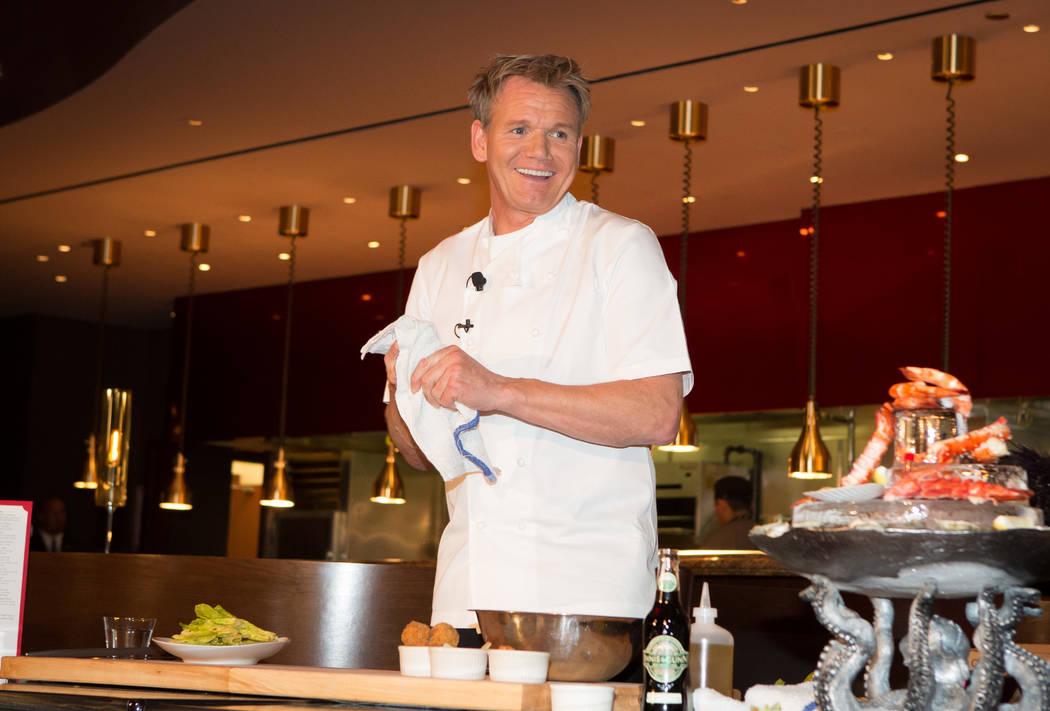 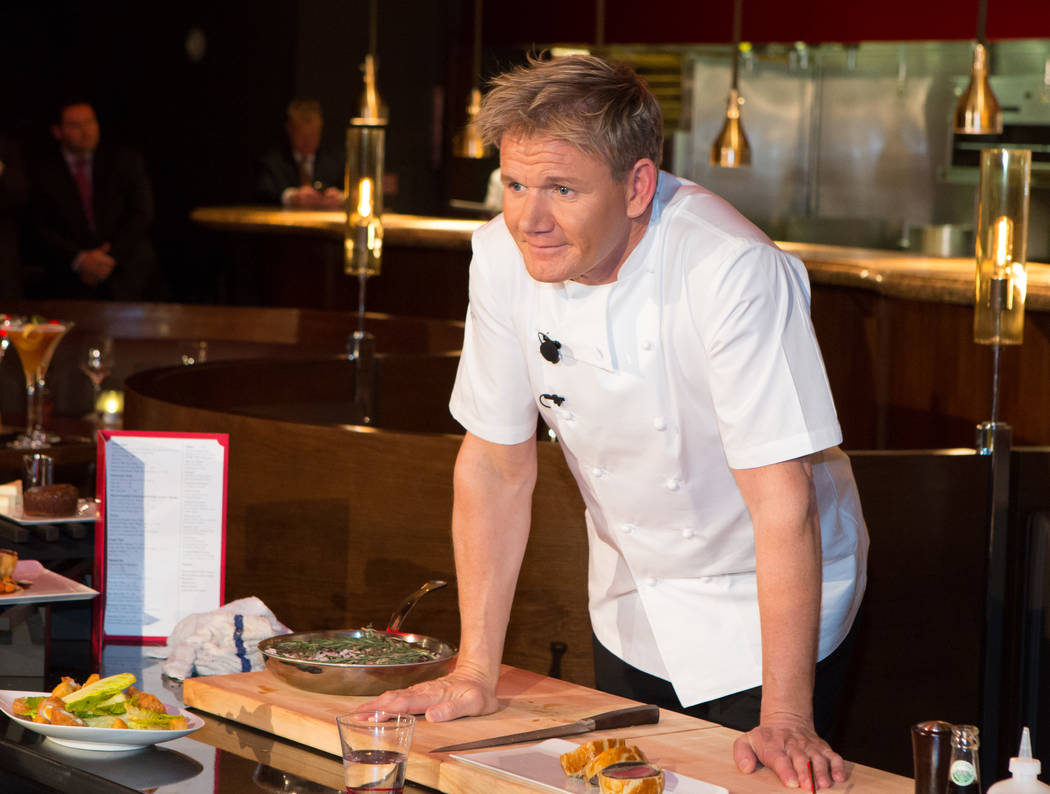 Gordon Ramsay Steak in Paris Las Vegas, which reopens Saturday after a five-day renovation, holds a special place in the heart of its namesake celebrity chef.

“I think it’s (about) my culinary prowess in a way that it defines me,” Ramsay said of the restaurant just days before the hiatus. “It’s a platform for me to be a chef. It’s got nothing to do with TV.”

Ramsay has long held a unique position atop both the culinary and entertainment worlds, with a constellation of Michelin stars to his name, and as much celebrity star power as some A-list musicians or actors. Each of his five Strip restaurants draws legions of fans daily to pose for selfies in front of their signs and sample his cuisine. But in addition to being his first Las Vegas venture, the steakhouse has always been, and remains, a showplace for his culinary chops.

“I’m challenged here more than any other restaurant in the group, because it’s a little bit of a chef’s haven. I see the list of chefs who come in here, chefs who come over from Europe and their first destination is here. Whether it’s (Alain) Ducasse, Guy Savoy, (Thomas) Keller, they absolutely adore coming here.”

Seven years in, with four other Las Vegas restaurants now under his belt and Gordon Ramsay Steak spinoffs in Baltimore, Atlantic City and soon Kansas City, it’s tempting to see this restaurant’s success as a foregone conclusion.

“Everyone thinks that you travel at 1,000 miles an hour. You don’t have worry, nightmares, cold sweats,” Ramsay says. “(But) you do. And I still do.”

As he prepared to open the restaurant in 2012, there were plenty of reasons to worry, despite his fame and acclaim. The most obvious was the Paris Las Vegas location that Caesars Entertainment had chosen for his Las Vegas debut.

“We weren’t in that prime a location. We were tucked back, sort of off the beaten track, given a site that they fell out of love with.”

Beyond that, he notes, “not many British chefs get a chance to make it in Vegas.”

Any worries soon proved unfounded, as the restaurant opened to rave reviews and a consistently packed dining room. And those English touches that seemed risky at the outset quickly became signatures.

“I was a bit nervous about the Scotch egg,” Ramsay admits today of the key component of his popular Caesar salad. “The dream has been (the success of) the Wellington. And the most sought-after dessert is the sticky toffee pudding.”

The restaurant’s success was rewarded with a string of Ramsay restaurants throughout Caesars Entertainment’s Las Vegas portfolio: a pub, an elevated burger spot, quick-casual fish and chips place and, most recently, a “Hell’s Kitchen”-themed restaurant at Caesars Palace.

“So six years later, (when) I landed something like Hell’s Kitchen, I’d sort of proven my worth,” the chef now says of the restaurant that’s become his local flagship. But, he notes, that opening led to new concerns over the place of the steakhouse.

‘Keep them coming back’

That repositioning involves mild remakes of both the décor and the menu. The chef describes both as “lighter” and “a touch more feminine.” There’s a brighter color scheme and new artwork scattered throughout the restaurant, including in the Chunnel-themed entrance where tourists flock for Instagrammable moments.

To lighten up the cuisine, more seafood options have been added to the menu, including a larger shellfish selection and multiple crudo dishes. There are more vegetarian options, including caramelized tofu bacon with broccolini. And the team has revamped the dessert and cocktail offerings, even combining the two in a “spotted dick” dessert cocktail meant to accompany the sticky toffee pudding.

Fans of a more traditional steakhouse experience won’t be left out in the cold, however. Classic dishes such as the Wellington, tomahawk steak and bourbon-flavored bone-in rib-eye haven’t gone anywhere. A duck Scotch egg wrapped in duck sausage has been added to the bar menu. And a new “chef’s table” area of the dining room has been added to offer exclusive large-format tableside dishes such as lamb saddle, a half-rack of prime rib and a whole lobe of foie gras.

“We need to move, or it moves you,” Ramsay says of the restaurant’s evolution. “I’m a firm believer in keeping it fresh to keep them coming back. And let’s not forget, customers are still coming here for the first time.”