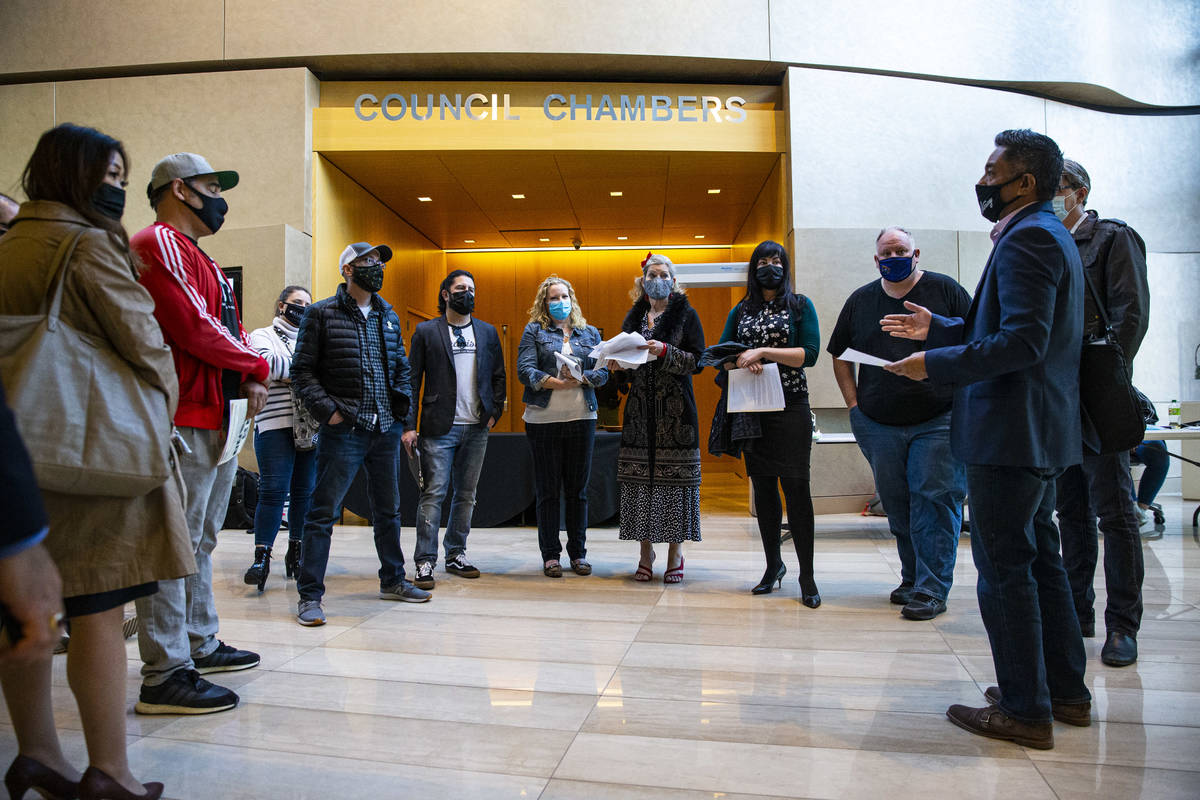 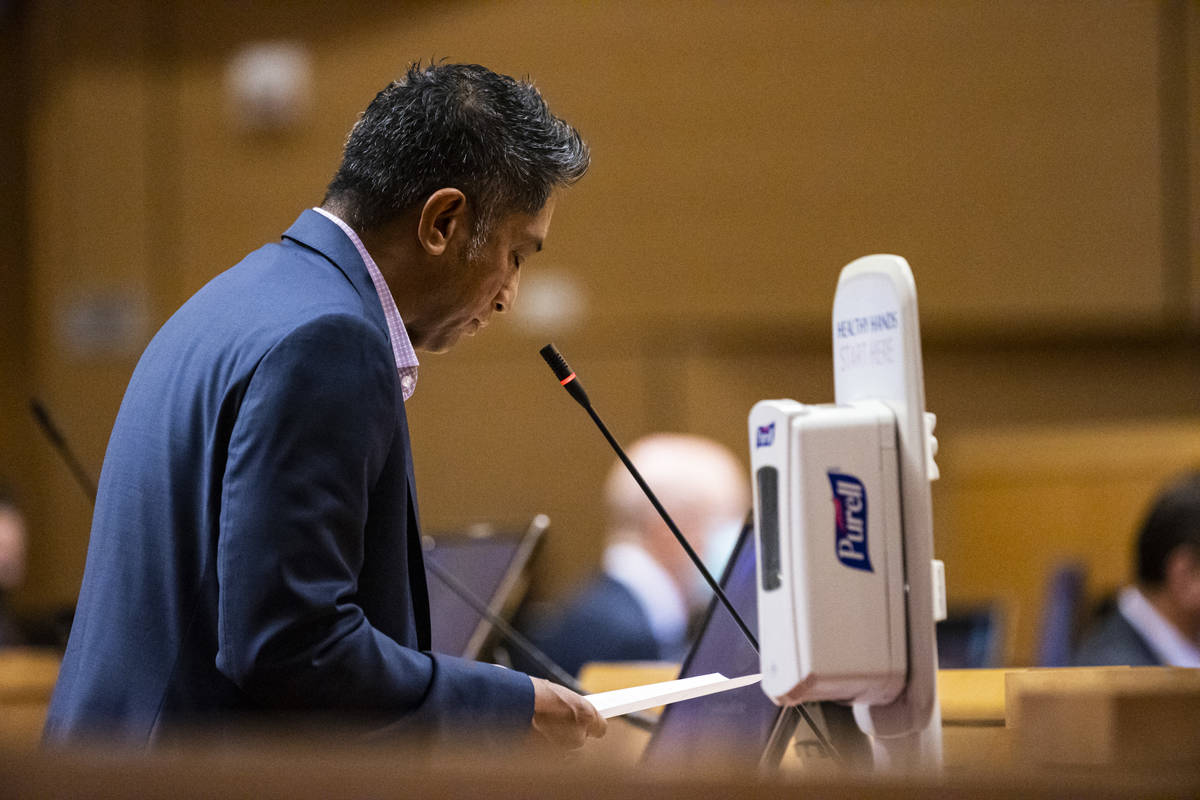 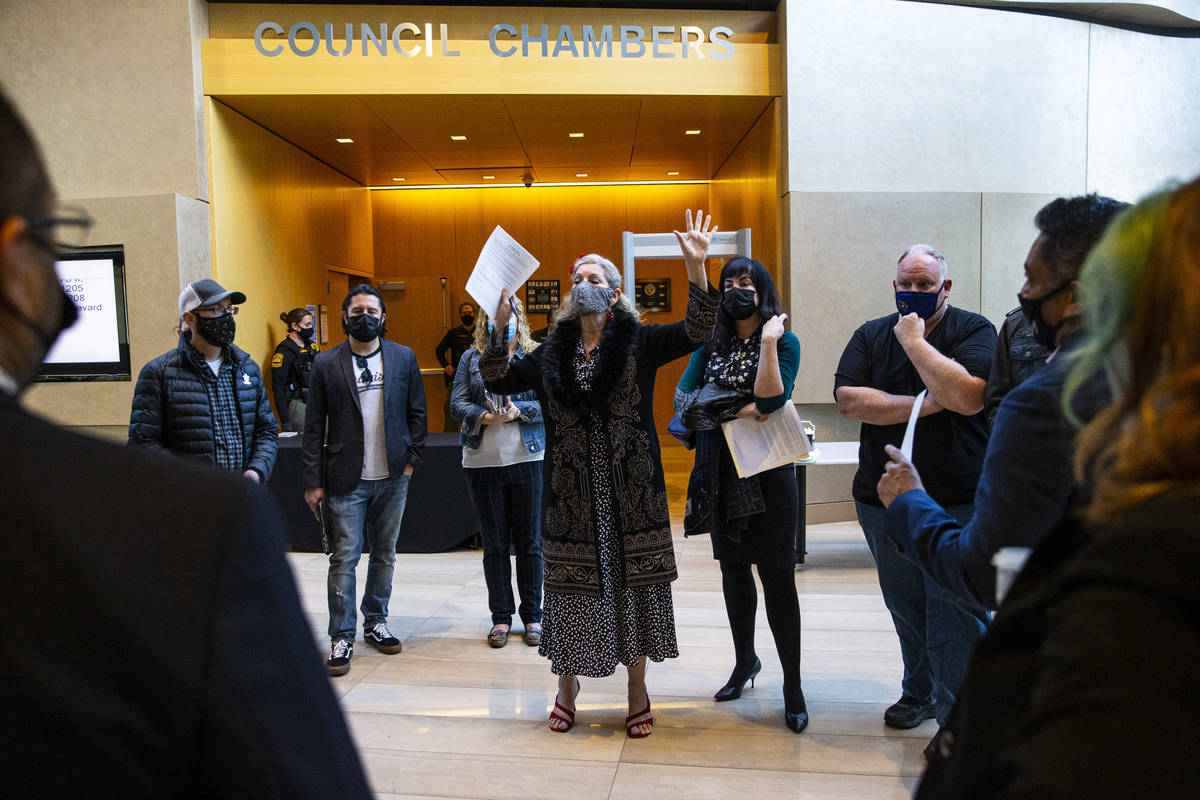 Becky Miller, owner of Main Street Mercantile, talks about the proposed food truck parking lot after the agenda item for it was pushed to the following week at a Las Vegas City Council meeting Wednesday. (Chase Stevens/Las Vegas Review-Journal) @csstevensphoto 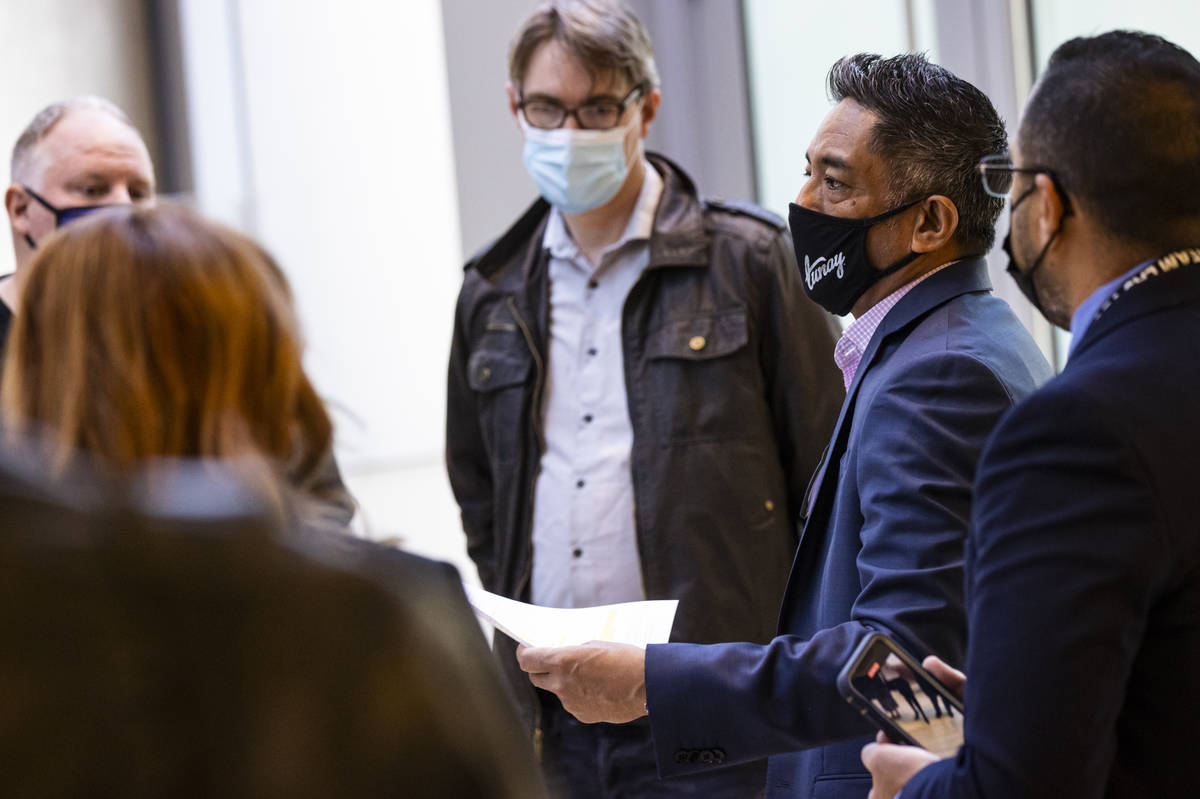 The planned public hearing on a proposed Arts District Food Truck lot did not take place at Wednesday’s Las Vegas City Council meeting. It was held in abeyance until the Council’s March 3 meeting at the request of the landowners, after a representative reported testing positive for COVID-19.

The request for the abeyance was read to the Council by Las Vegas Foodie Fest/Great American Foodie Fest founder Noel Casimiro, part of a new team brought in to manage the project when and if it receives City Council approval. At least 15 representatives of Arts District businesses had shown up to oppose the project as it is currently planned, despite many of them knowing in advance that the hearing was likely to be pushed to next month. And just minutes after the dismissal, more than a dozen of them spoke to Casimiro in the hallway outside of Council chambers.

“It was harsh,” Casimiro said of that eight-minute conversation, which remained civil throughout, even when some of the opinions expressed were pointed and personal. “But I’m understanding. I always like to put myself in other peoples’ shoes.”

Several of the business owners promised they would be back, in larger numbers, on March 3.