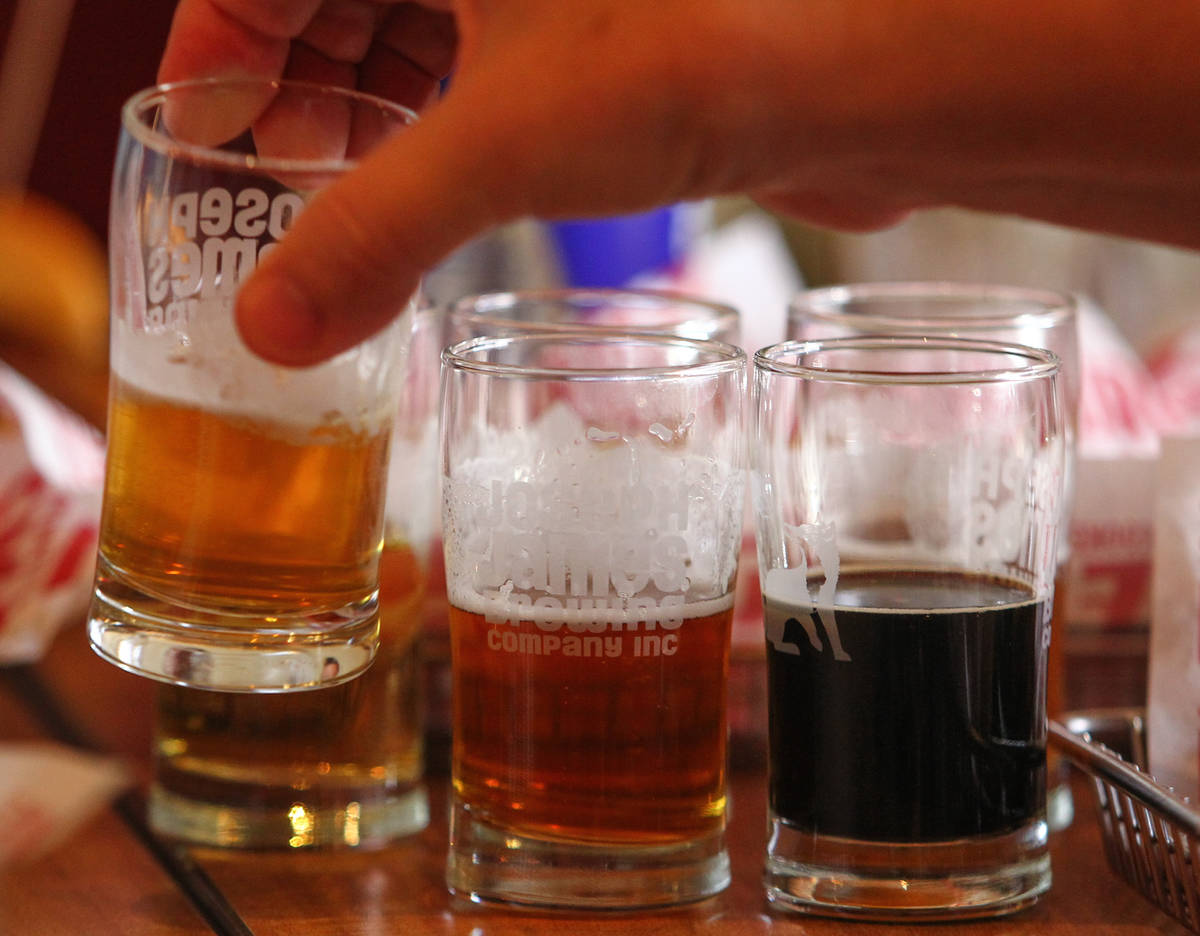 A variety of beers from Joseph James Brewing Company are lined up for a tasting and pairing at Smashburger at 9400 S. Eastern Ave. in Henderson. (Chase Stevens/Las Vegas Review-Journal)

A Henderson brewery has tapped out after 12 years of trying to fill the craft beer void in Southern Nevada.

The Joseph James Brewing Co. announced Monday in a Facebook post that it would halt operations but left the door open for a return.

“We look forward to sharing a pint and a high five with you as soon as we’re able to come back together,” the Facebook post said. “Until then, please continue to support your local breweries offering curbside options and relief efforts during these trying times.”

The post also thanked the community for its support, saying it was an “incredibly difficult decision to cease operations indefinitely.”