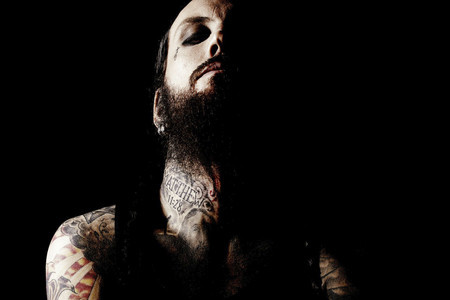 If it all reads like a litany of rock star excesses, a series of coke-encrusted cliches, it’s because it is.

But Brian "Head" Welch’s story, as related in his autobiography, "Save Me From Myself," has a twist ending: namely, that he lived to tell it.

How extreme a tale is it?

Here’s a hint: Welch says that his mother was so stricken by the book that she couldn’t sleep for two days upon finishing it.

"She had no idea I went through all that," Welch says recently, his voice soft, friendly and sounding a little wounded. "She was like, ‘Couldn’t I have done something?’ "

As the title of the tell-all spells out clearly enough, Welch had to learn how to fashion his own lifeline with which to climb out of the abyss of his addictions.

But first, a little background: Welch is best known as the former guitarist for multiplatinum, hip-hop-influenced rockers Korn, a tall, lanky dude whose trademark style was sporting a constellation of rubber-banded braids in his hair.

Starting with Korn’s self-titled 1994 debut, the band gradually became one of the top-selling hard rock groups in the land, scoring $25 million royalty payments and selling out arenas the world over.

Of course, they were drunk and/or high through most of it, according to Welch.

By 2003, Welch had begun to sink further and further into a crippling speed habit. He’d prepare for tours by stashing as much meth as he could in vitamin capsules, deodorant containers and his clothes.

He’d zombie-fy himself on the stuff.

"I kept telling myself, ‘Well, I’m not shooting up heroin,’ " Welch recalls with a chuckle that conveys very little humor. "But I think that more people are dying from mixing coke or speed with Xanax than from heroin. And that’s what I was doing. I learned that I was a mess, man," he says, pausing for emphasis. "I was a mess."

His home life was even worse.

"We were only sober for just a couple of hours a day in Korn. Every day. And then when you come home and you’ve got to deal with real life and your wife isn’t having that, crap goes down," he says, and you don’t doubt for a second that he knows what he’s talking about.

Eventually, though, it would be his family that helped Welch get clean, specifically, his young daughter, Jennea.

Welch recalls being high in his house one day when he heard Jennea sing the lyrics to the randy Korn hit "A.D.I.D.A.S." (short for "all day I dream about sex"). Shaken at hearing his kid give voice to such a tawdry song, he began to seriously question the direction of his life and what kind of father he was being.

After experiencing the makings of a religious conversion upon going to church with some business associates one day, Welch eventually quit dope, left Korn in 2005 and embraced a newfound faith.

But it didn’t get much easier from there.

Welch left Korn right after the band had completed its record deal with Sony and was about to sign a lucrative new contract worth more than $20 million, of which Welch would get none.

Combine this with some serious charitable contributions that Welch made at the time — such as starting an orphanage in India — as well as purchasing a studio in Arizona to record his solo debut, and all of a sudden, his rock star riches were gone.

Still, he pressed on, penning the seriously candid "Save Me From Myself," a hard, unflinching look at the many highs and lows of his life that became a New York Times best-seller.

"It was difficult," he says of the writing process. "I was just sitting there meditating on all these horrible moments of my life."

After the book, Welch released a solo album of the same name, a disc that bears some resemblance to the material he helped craft in Korn — whisper-growled vocals, swarming guitars, raw confessional lyrics — but buffered with a bit more hopefulness.

It’s definitely not what you think of when the words "Christian rock" spring to mind — it’s something far more feral — and that’s fine with Welch. He’s not fond of proselytizing, just telling his story.

But after having gotten used to playing in front of crowds of 10,000-plus in Korn, he admits that he’s still getting used to having to start from scratch to build a fan base.

"It’s a struggle, because one show I’ll have a thousand people there, and the next show there’ll be a hundred," he sighs. "When the hundred is there, I’m like, ‘There’s one or two people who really need us to be here,’ and it should be focused on them and I shouldn’t care if there’s a big crowd or not, but I struggle with it. I was in Korn and we sold like 25 million albums, and I can’t even fill this little bar up? Of all those fans, 300-400 people can’t just show up here? It’s like starting over, totally."

He hasn’t closed the door on playing with the dudes in Korn one day down the road, and for their part, the band sounds as if they’d welcome him back, especially singer Jonathan Davis, who has said as much in interviews.

But that’s for another day.

Right now, Welch is just trying to get through this one.

"I just want to do what I feel that I’m supposed to be doing," he says, speaking deliberately, chewing on his words. "The music that I’m doing, it’s sharing my experiences with people and not being preachy. I think that we’re all made to be unique. I’m just trying to follow my path."