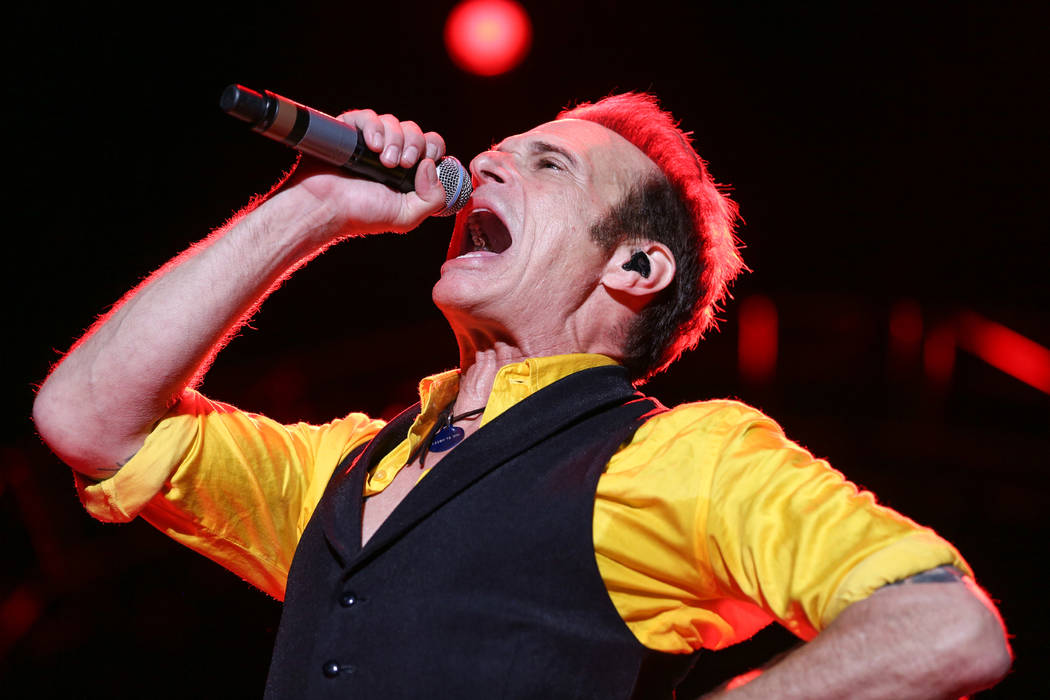 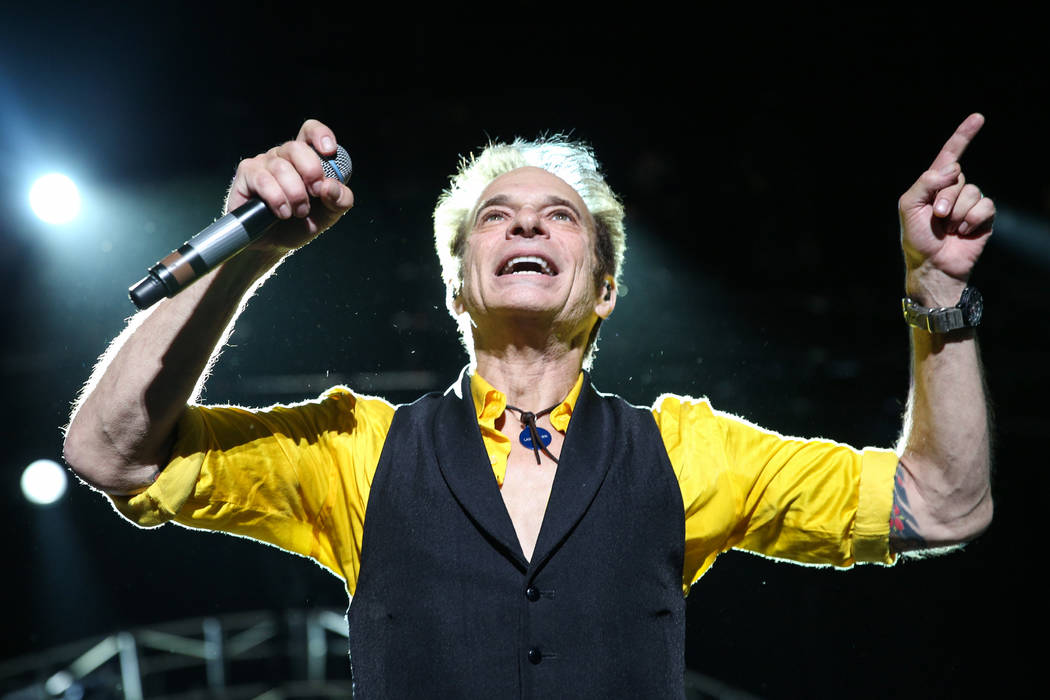 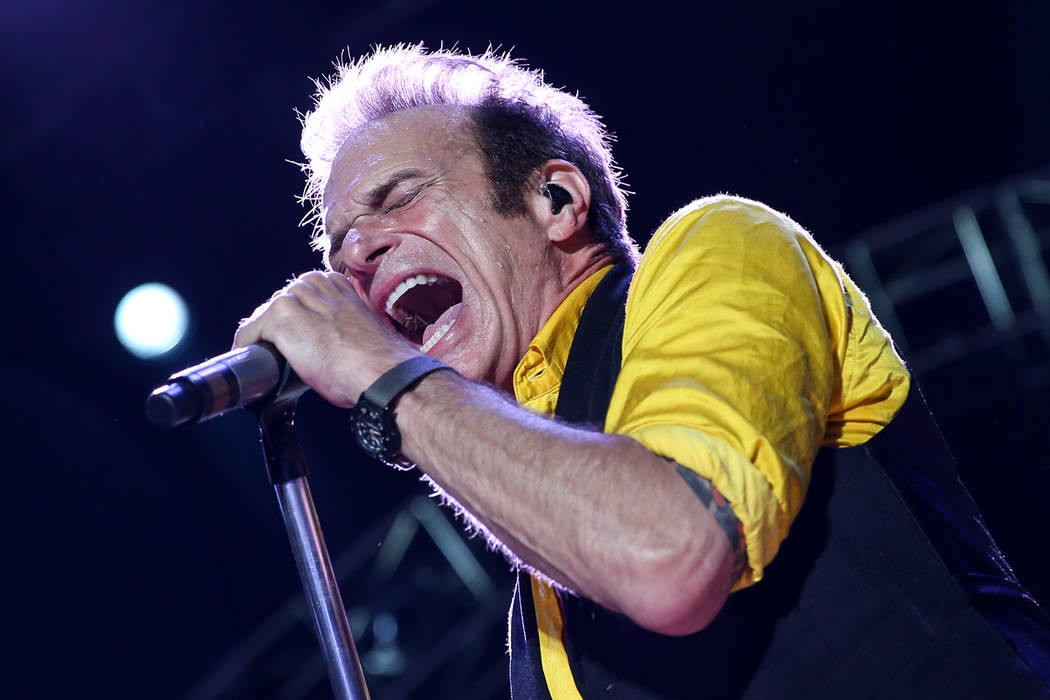 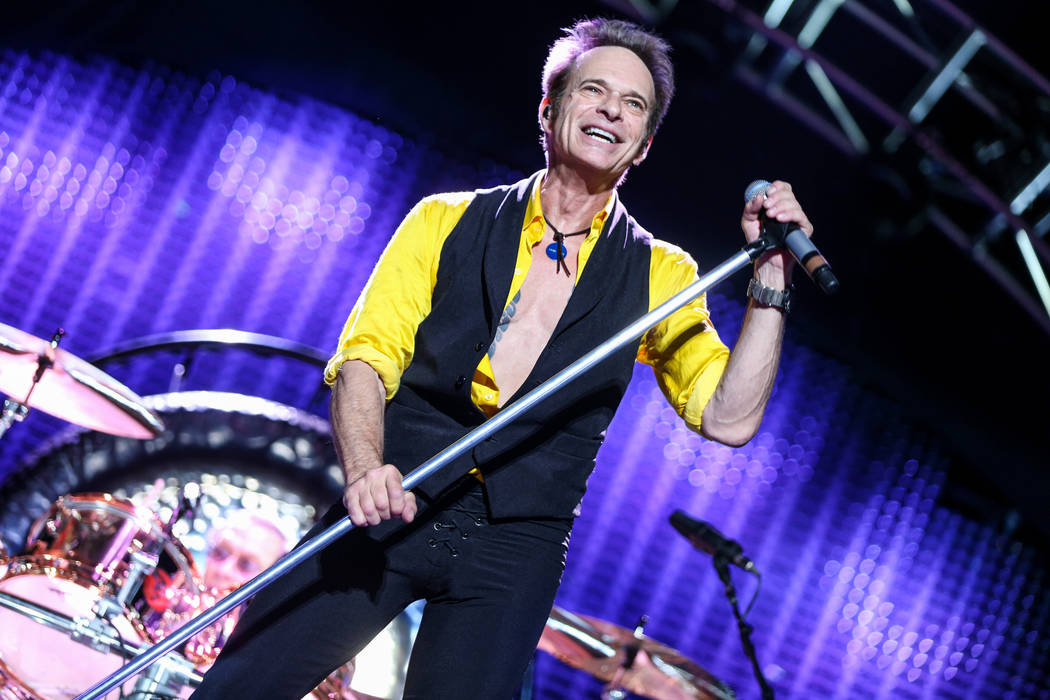 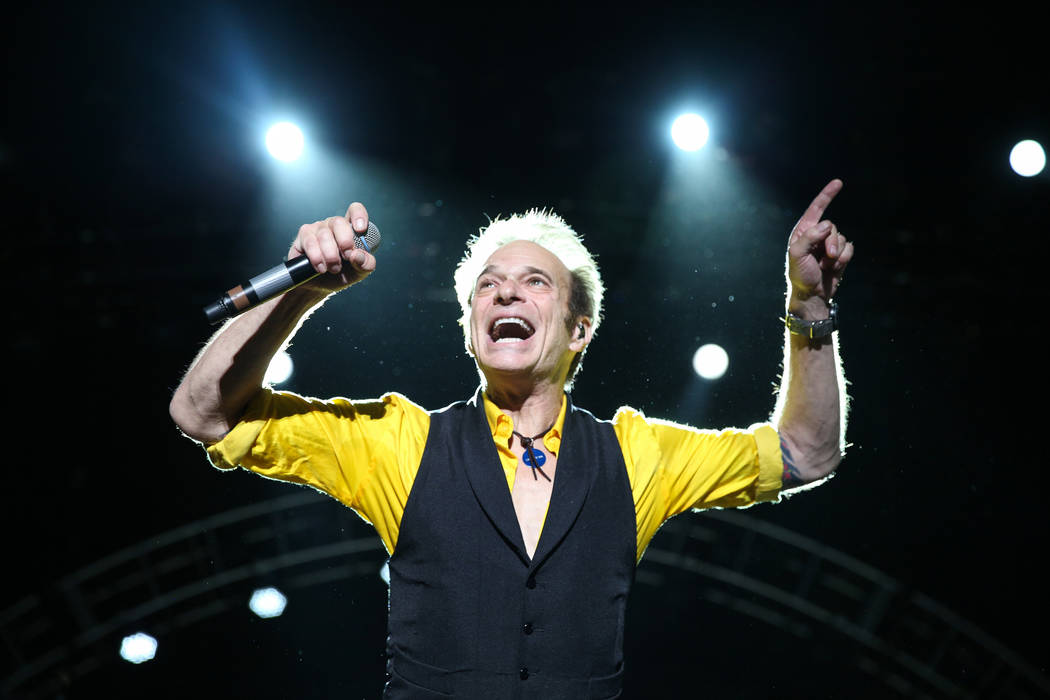 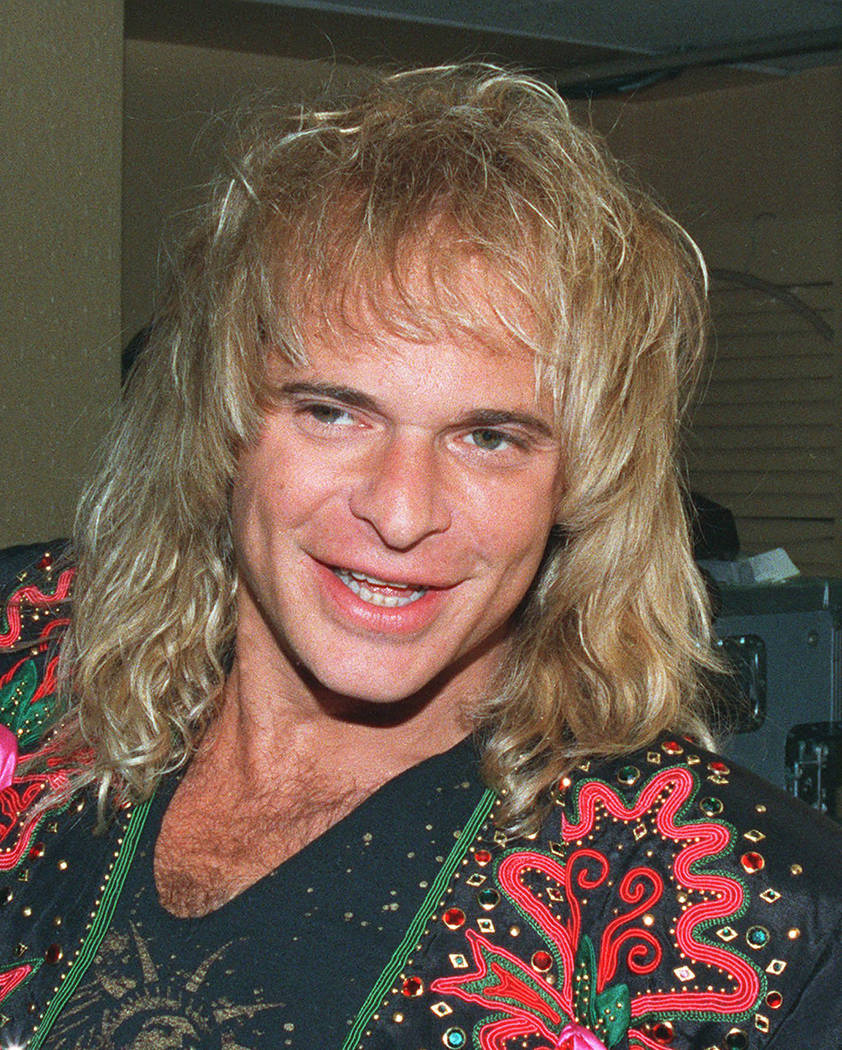 “Have you ever imitated David Lee Roth? Yes or no?”

He already does, though. That’s his point.

So Roth doesn’t wait long for an answer — he gives it a second or two — though considering the pace and length at which he tends to speak, that’s a pause pregnant enough to birth triplets.

It’s nearly a third of the way through a 30-minute interview before a single question can be posed by the reporter on the phone with the Rock & Roll Hall of Famer and geyser of one-liners. Such is Roth’s stream-of-consciousness conversational style. It’s kind of like partaking in the running of the bulls, albeit with words in place of livestock.

This isn’t a gripe. This is who David Lee Roth is.

He’s a showman’s showman for whom the show never ends, a living, breathing, leg-kicking embodiment of the Shakespearean adage that “the whole world’s a stage.”

In other words, he’s tailor-made for Las Vegas, where the 65-year-old Roth is launching a nine-show residency at the House of Blues featuring Van Halen signatures, solo hits and more.

Like the city itself, Roth possesses no “off” switch.

And who’d want to flip it even if he did?

Speaking with Roth is pure rock ’n’ roll theater, a front-row seat to the kind of show where the seats quickly get tossed aside as soon as the lights go down.

During the course of the conversation, Roth alternately brands himself a “combat hippie” and “Cirque Du So-Dave,” speaks Japanese briefly, adopts a British accent to imitate Harry Styles, dusts off Elvis Presley’s signature drawl, poses various rhetorical questions — “When they say, ‘party like a rock star,’ who do you think they’re referring to?” — and, for good measure, speaks of his effect on religious women and Chihuahuas.

“I could sneak up on two nuns on a Sunday morning whispering to each other,” he begins, “and if I go, ‘Sister, excuse me, what time might it be?’ They’ll recognize me and increase 22 decibels, their little fingers will separate, and it’ll be Sunday morning with a ray of sunlight,” he laughs. “When I walk by, small children stop crying and smile, small house pets suddenly obey their master on first command. It’s an ambition.”

There’s that laugh again, a hearty wheeze that instantly brings to mind that wrap-around smile Roth has been flashing for decades now.

To hear Roth tell it — and he tells it with the enthusiasm of a couple dozen cheerleader squads — his show is predicated upon old kicks done in a new way with a big sound in a relatively small room.

“It is classic rock delivered in a way that you have yet to ever see,” he says. “Most rock bands practice up the rhythm section and then add on those vocals like sprinkles. We started opposite here. What we’re bringing is a symphonic sound that is clearly different.

“When you hear what we’re bringing,” he continues, “particularly in a spectacularly tight venue like you can find in Vegas — it’s nice and tight, you can see everybody’s faces, you can see eyebrows. I’ve said that dogs are more popular than cats because they have eyebrows. You can tell what the dog is thinking. Kitty cats, they’re like strippers: You can’t tell what they’re thinking.”

‘The way you first heard it’

Roth is no stranger to extended stints in Vegas: Back in October 1995, he led a 14-piece band for nearly a week of variety-style shows at Bally’s.

“It was a vacation postcard that was based on ‘California Girls’ and ‘Just a Gigolo,’ arguably ‘The Wizard of Oz’ of popular videos,” he says of the shows.

Since last touring with Van Halen in 2015, Roth has spent a good chunk of time putting together his current Vegas production.

“What we bring here is a whole sensibility of storytelling and toasting and dedications,” he adds. “I’ve already had one request, fella wants to propose on stage, so we’ll prepare a gospel moment, clearly. We’ll have to.”

With Van Halen’s future uncertain, Roth is taking things into his own (jazz) hands.

“Ed (Van Halen)’s not doing well, and singing and dancing is a perishable skill,” Roth says. “If you have the capacity, it’s something that has to be used routinely, if not for the thrill of it and the magic of creating with other incandescent spirits.”

The show’s Jan. 8 opening date is no happenstance of the calendar, either: It’s Elvis Presley’s birthday.

“Boy, that took a little wheeling and dealing,” Roth says. “That will require a moment of respect, possibly a moment and a half.”

From one of Vegas’ most iconic stars of the past to the acts of today, Roth rattles off a list of some of the city’s resident performers whom he’s joining.

And then he does an about-face, that laughter flowing out of him like his signature long blond locks once did.

“You know what, (expletive) ’em all?” he says playfully, not dismissively. “Let’s just go dancing.”