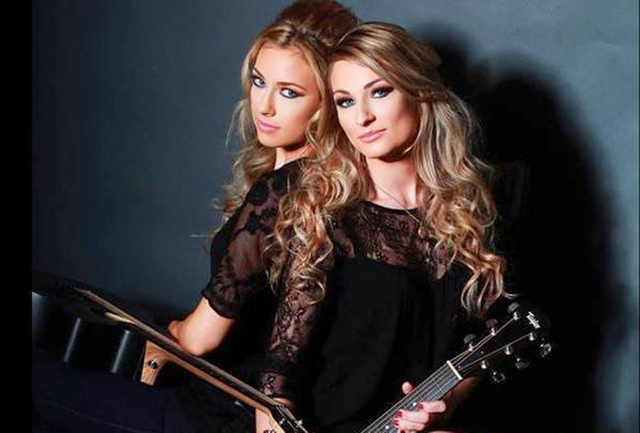 Brace yourselves: We’re about to break out a double entendre we stayed up all night coming up with.

OK. Fair enough. You got us. That sentiment is recycled cleverness from our last piece concerning Music Is Beautiful, the contest. But in all fairness, considering this post is sort of the sequel to that one, you understand, right? Sure you do.

Anyhow, so, yeah, the votes have been tallied and the results are in. Drum roll please …

Jill & Julia are your newly elected ambassadors. The pair are due to take office sometime this fall; the exact date and time of their inauguration is TBD, according to the folks at First Friday Las Vegas. But rest assured: As soon as we know, you’ll know. In the meantime, virtual high five to the ladies, who ended up besting nearly two dozen other local acts to earn their highly enviable slot at Life Is Beautiful.

Not hard to see why these siblings and their band were elected (slightly modified double entendre coming at you in three … two … one): The music is, ahem, beautful. If you haven’t heard them, you should make their acquaintence. The twangy tunes (alternative/folk is the prefered term, evidently, according to the band’s bio, but it sounds suspiciously similar to country to us, which is definitely not a knock) are positively pleasing. The originals are swell, as are the covers.

In fact, we’re confident Jill & Julia could hold their own gracing much bigger stages alongside country kingpins such as Carrie Underwood, Miranda Lambert and Kacey Musgraves. Pretty sure you’ll agree when you consume the clip below featuring the act’s take on “Mama’s Broken Heart,” a tune penned and performed by those last two gals, from a previous installment of First Friday sometime last fall.

And speaking of First Friday Las Vegas: According to the oufit, which organized this inagural edition of Music Is Beautiful, the local music showcase was apparently so well received — with a stellar turnout, matched by a startling number of votes cast on DTLV’s poll — that the one-off evening of music will be revived during the three-day festival, which is slated to take place from Sept. 25 through 27.