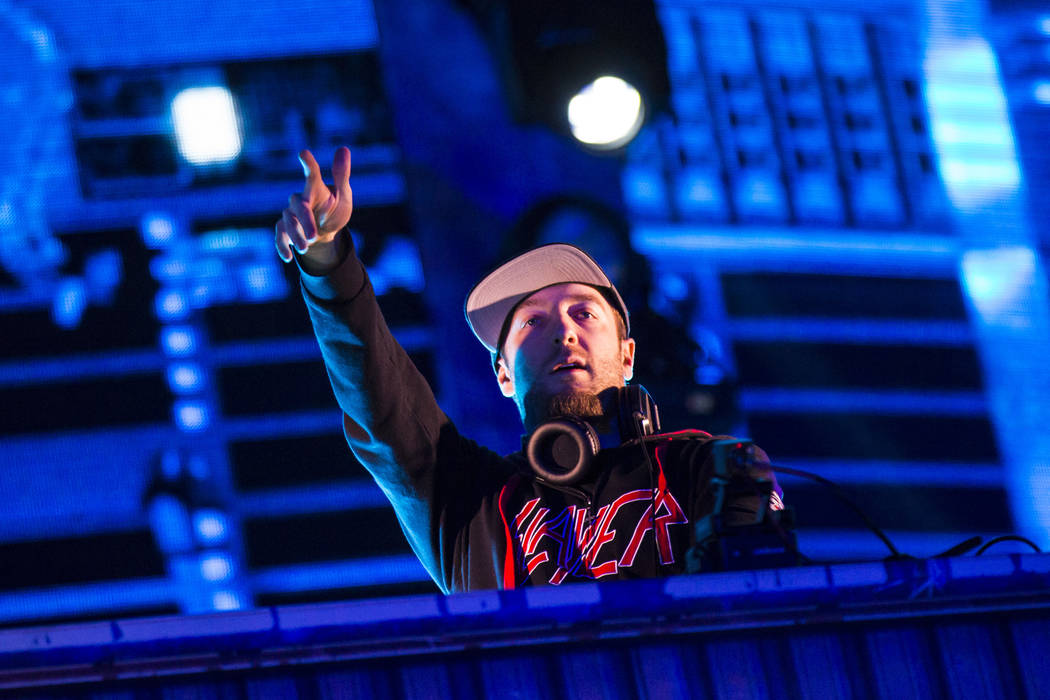 Excision performs at the Kinetic Field stage during the first day of the Electric Daisy Carnival at the Las Vegas Motor Speedway in Las Vegas on Saturday, May 18, 2019. (Chase Stevens/Las Vegas Review-Journal) @csstevensphoto

The cover of “Apex,” the most recent studio album from this Canadian dubstep heavyweight, comes adorned with volcanoes, dinosaurs and lightning bolts, subtle expressions of power compared with Excision’s bass-as-battering-ram approach to EDM. See him at 5 p.m. Saturday at the Downtown Las Vegas Events Center. Tickets are $65; call 800-745-3000.

With Bikini Kill, 7 Year Bitch and Sleater-Kinney, among others, the Pacific Northwest boasts an enviable pedigree of female-centered indie rock groups. Chastity Belt lives up to its impressive lineage at 9 p.m. Tuesday at The Bunkhouse Saloon. Tickets are $12 in advance, $15 day of show; call 702-982-1764.

Soon-to-be Rock & Roll Hall of Famers the Doobie Brothers helped launch yacht rock into open waters 50 years ago with their blend of guitar torque, resonant multipart harmonies and blue-eyed soul flourishes. See them at 8 p.m. Friday, Saturday and Wednesday at the Theatre at The Venetian. Tickets start at $49.95. 702-414-9000

Having won the first Grammy for best reggae recording back in 1985, Black Uhuru earned another nomination — its eighth overall — 24 years later for its most recent album, “As the World Turns.” Seasons may change, but not these second-generation genre mainstays. See them at 6:30 p.m. Sunday at Brooklyn Bowl at The Linq. Tickets are $25 to $30; call 702-862-2695.