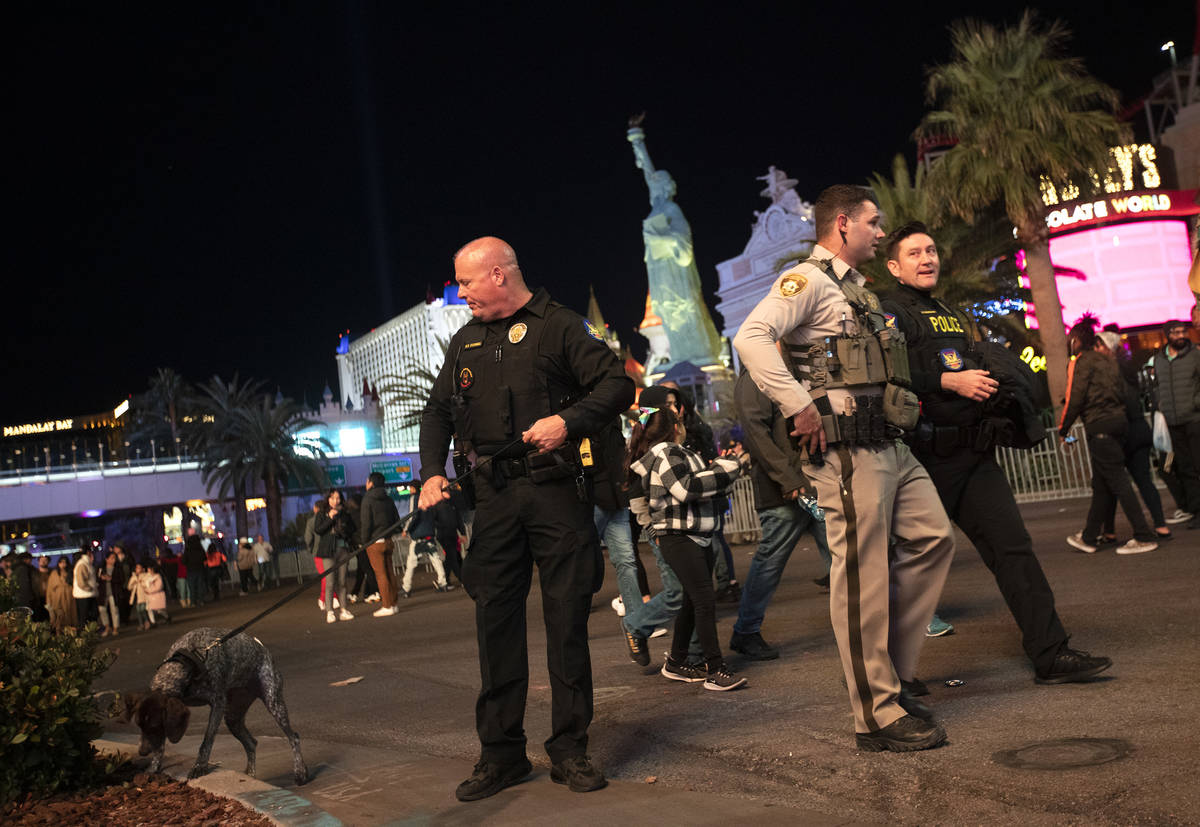 Metropolitan police patrol Las Vegas Boulevard for New Year's Eve on the Strip in this Dec. 31, 2019, file photo. About 1,200 police officers — roughly 100 fewer than last year — will be on the Strip overnight on Dec. 31. (Ellen Schmidt/Las Vegas Review-Journal) @ellenkschmidt_ 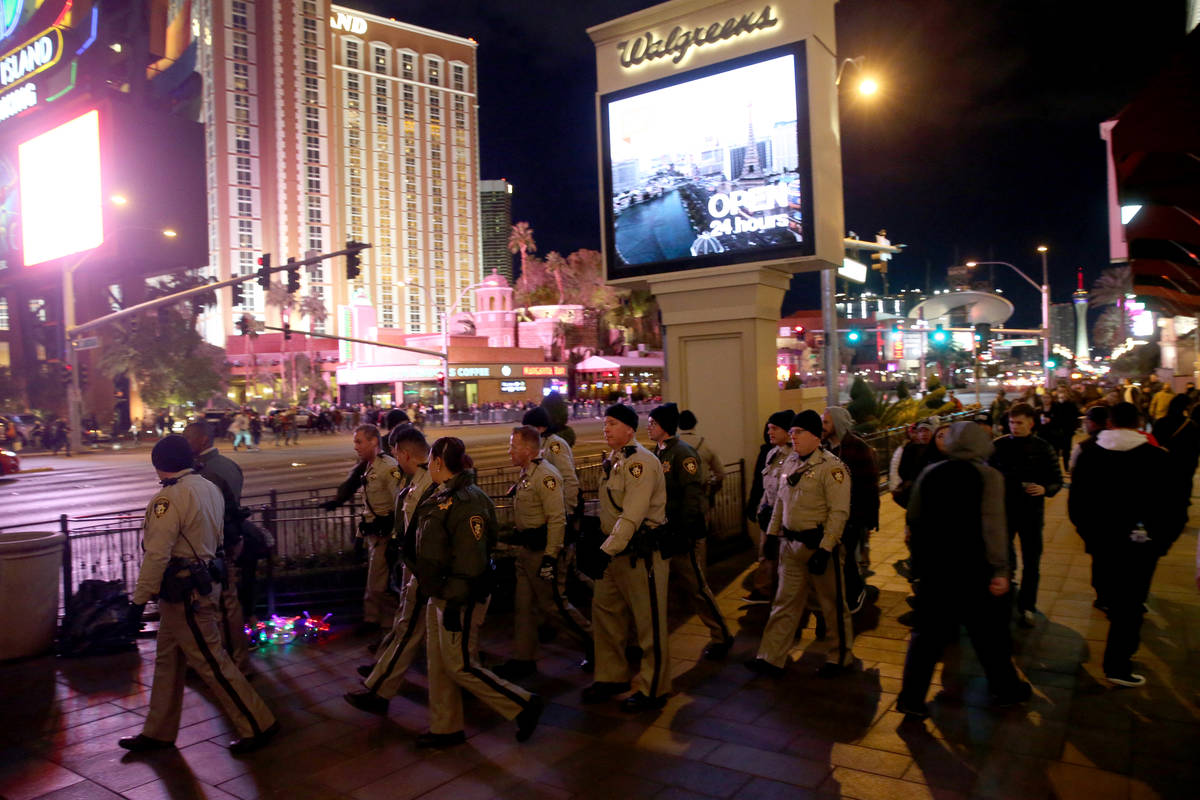 With the Strip’s annual New Year’s Eve midnight fireworks show canceled, fewer roadways will be closed to vehicular and fewer officers will be required to patrol them, Las Vegas police said.

About 1,200 police officers — roughly 100 fewer than last year — will be on the Strip overnight on Dec. 31 than last year, Metropolitan Police Department spokesman Misael Parra said Thursday. The reduction is possible because while the Strip is normally closed to cars from Sahara Avenue to Reno Avenue during New Year’s Eve, only Spring Mountain Road to Reno Avenue will be shut this year.

That’s about 1 1/2 fewer miles of terrain open to pedestrians than normal. Parra said all other enforcement efforts for the holiday celebration will be the same.

Parra said officers from the North Las Vegas, Henderson and Clark County School District police departments will be assisting Metro during the celebration.

Lori Nelson-Kraft, a spokeswoman for the Las Vegas Convention and Visitors Authority, said Thursday that the agency is not providing an estimated number of people expected to visit the Strip for this year’s holiday “due to the fluid nature of the pandemic.”

An estimated 318,000 visitors were in Las Vegas for last year’s event.

UNLV economist Stephen Miller previously told the Review-Journal that this year’s holiday weekend could draw half the number of tourists. He based his prediction on convention authority tourism data showing the number of visitors in September and October was about half of what it was during the same months in 2019.

An earlier version of this story incorrectly described the area where police are shutting roads. 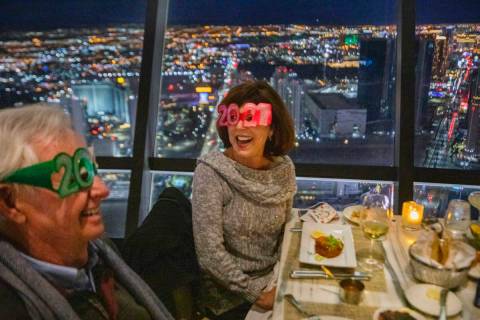 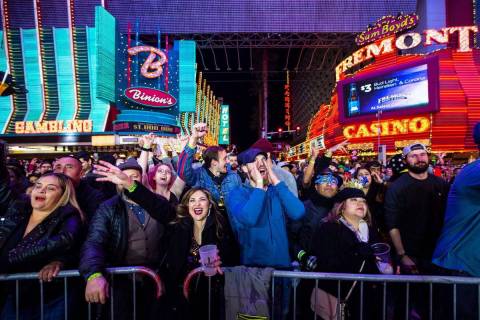 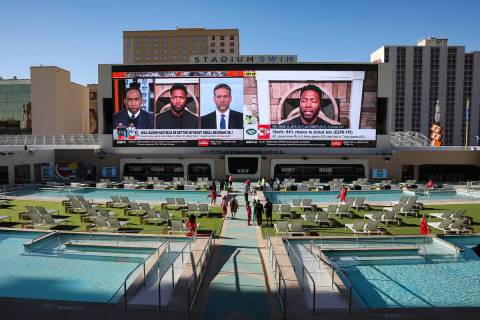 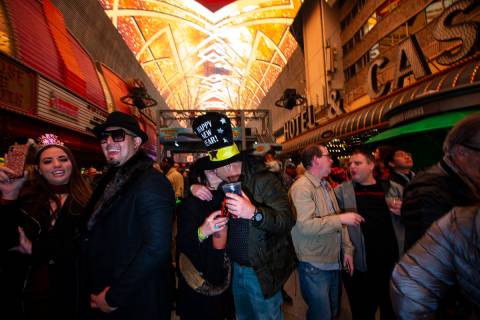 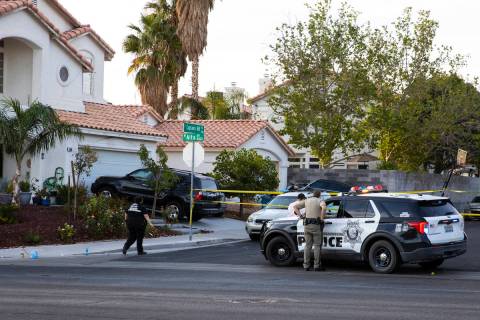 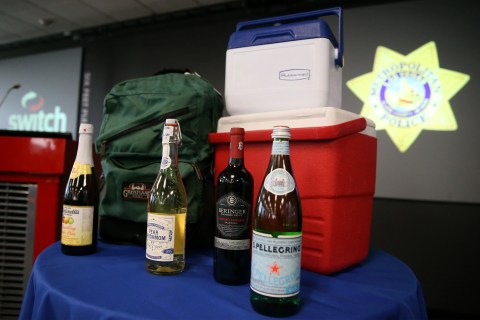 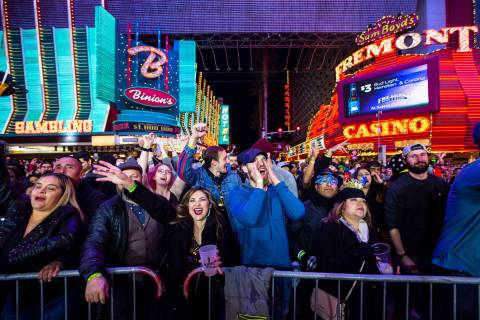 The Fremont Street Experience will remain open on New Year’s Eve, albeit with less pomp and circumstance than years prior.