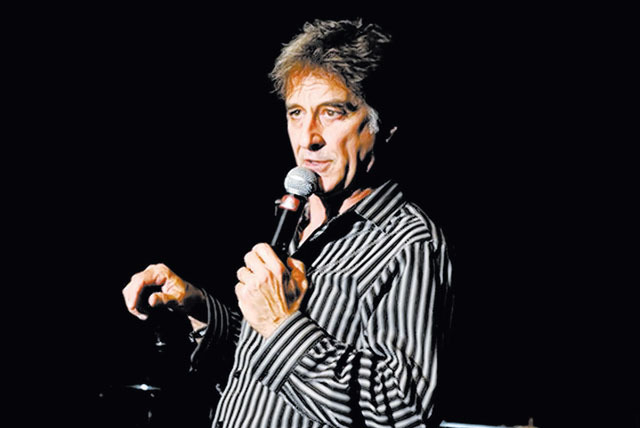 If you ever find yourself onstage opening for comedian Ray Romano, heed the following advice.

Actually, these aren’t my insights but rather the wisdom of Jon “Manfro” Manfrellotti, a great comic who headlines his own show tonight-Sunday at the Riviera Comedy Club.

Manfro has been friends with Romano for decades.

“He’s the exact same guy I met 25 years ago, except he has a lot more money now,” Manfro says of Romano.

“When you open for Ray, it’s a different kind of show. I don’t want to mess with the crowd. I’m out there to take the bullet, warm them up and get ’em going,” Manfro says.

“When they go, ‘Welcome to an evening with Ray Romano,’ the crowd gets all fired up. ‘But first … here’s this guy.’ So I have to win them over.”

The first few minutes are the toughest. Some Romano fans are still streaming in from the bar. The crowd is thinking, “Wait a minute. There’s another guy first? Who is this guy?”

So Manfro says something along the lines of, “Hey, welcome to The Mirage. Thanks for coming in. Welcome to an evening with Ray Romano. My name is Jon Manfrellotti. How many people recognize me as Ray’s friend from ‘Everybody Loves Raymond’?”

That gets people to pay attention, so Manfro can start his act.

“I learned the hard way, years and years ago, opening for people. If you come out and jump right into your act, they don’t even hear the first five minutes.”

“I love it. It’s fun. It’s easy. Ray gets great audiences. The theater is fantastic. I can’t think of anything bad about it, to be honest with you.”

Manfro also cherishes his Riviera headlining gigs, which are more irreverent, but performing for a week straight is for real, he says.

“The Riv is a tougher gig because it’s so long. Seven days is tough. By the time Wednesday rolls around, I’m ready to tie sheets together and lower myself out the window.”

Manfro is one of those comics who doesn’t venture onto the Strip much. He holes up in his hotel room, writing scripts and jokes, and playing music.

“I’ll bring a guitar and lock myself in the room all day until it’s showtime,” he says.

Manfro earned praise for portraying the bookie, not coincidentally named Manfro, on Romano’s acclaimed but canceled TV show “Men of a Certain Age.”

Manfro and a writing partner wrote a script for a “Manfro” spinoff show, but the spinoff never happened, possibly because Manfro is not in the springtime of his youth.

“You know how show business is. I can write the most brilliant script, but I can’t make myself 20 years old.”

Manfro also has played a sometimes-recurring character on “Mad Men.”

As far as I’m concerned, Manfro has only two career challenges.

Second problem: That syllable-juggling name of his.

“People speak ‘Manfrellotti’ like it’s an eye cast or something, like, ‘Cover one eye and read my name.’ ”

His name is so not showbizzy, he is the only successful Hollywood person I have ever interviewed who ended the interview by spelling his name to make sure I didn’t screw it up.

Ha-ha, I got it, I got it. I think. I don’t know. You might want to double check on Google. 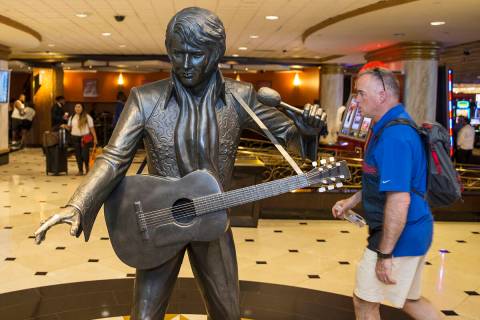