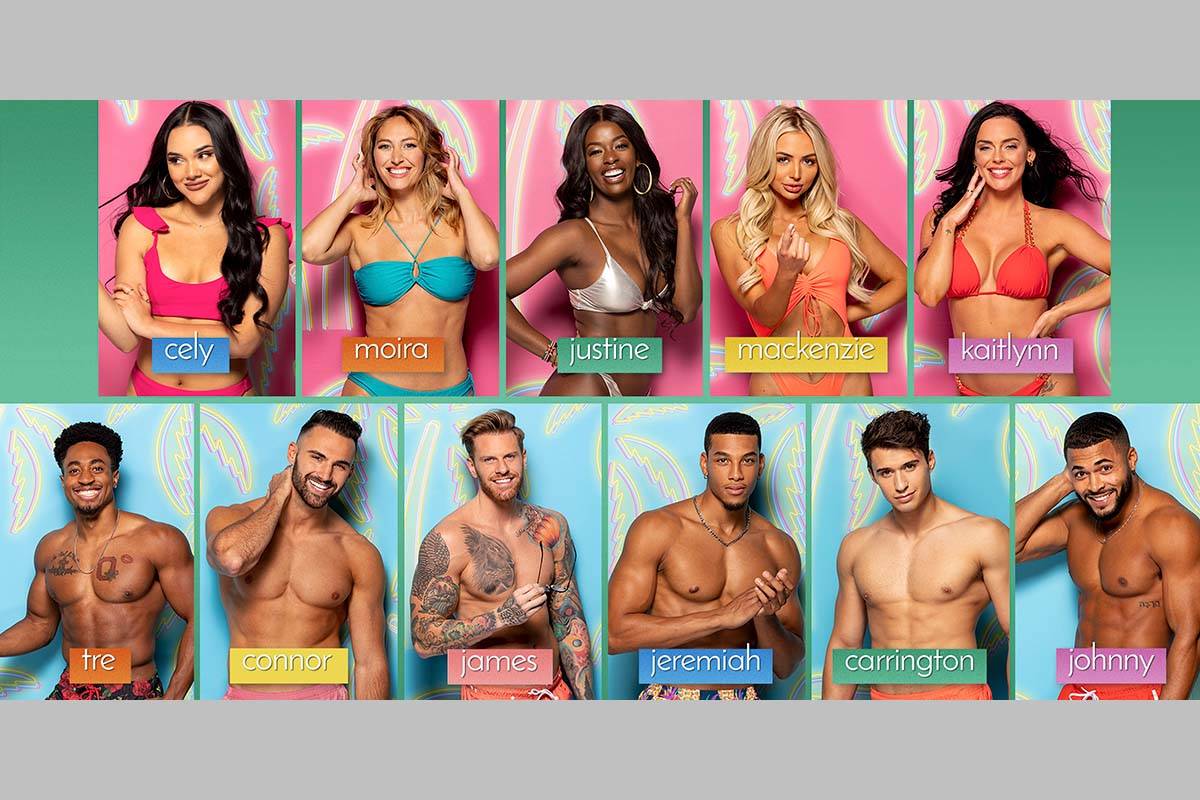 These 11 cast members will be introduced in the special "Love Island" two-hour premiere airing at 8 p.m. Aug. 24 on CBS. (Robert Voets/CBS Entertainment)

“Love Island,” the CBS dating competition series, has taken over The Cromwell for its second season.

Before it takes over the network’s prime-time lineup with episodes seven nights a week, kicking off with the two-hour season premiere at 8 p.m. Monday, CBS has offered up a sneak peek at the show.

“Everybody’s obviously been in quarantine, so they are amped up,” host Arielle Vandenberg says in the video, with “amped up” clearly sounding like a euphemism.

Kaitlynn Anderson, a 27-year-old promotions worker from Lapeer, Michigan, wastes no time confirming those suspicions by declaring, “I’m ready to head in there and get my hands on some boys.”

It’s the rare video that manages to mix footage of its swimsuit-clad contestants with statements touting the show’s COVID-19 safety protocols.

The Cromwell, which has remained closed to the public since its March shutdown, was chosen as the headquarters for this season of the spinoff of the British reality smash once it became clear that cast and crew members couldn’t easily travel to Fiji, its home for Season 1.

“When Fiji went away as an option for filming, we focused on what the dream safety scenario would be,” executive producer Simon Thomas told the Review-Journal, “and that’s where the idea of a bubble in a closed hotel in Las Vegas came from. From a safety perspective, it’s the only way to go, but it also allowed us to lean into the city’s DNA and brand as an entertainment destination and (a) place where the cast could also experience the adventure and glamorous aspects of the show.”

Cely Vazquez, a 24-year-old legal secretary from Sacramento, California, couldn’t, like, be more excited. “I think after being, like, locked up in my room for months, like, this is just gonna be the most fun I’ve ever had, like, in my life,” she says in the video.

As for the guys, Carrington Rodriguez, a 22-year-old sales manager from Salt Lake City, sounds ready to go. “I’m definitely willing to step on some toes and link up with a girl,” he affirms in the clip. Good thing, because that and six-pack abs are pretty much the bare minimum required of contestants.

The show’s singles — still, confusingly, referred to as Islanders — will pair up every few days and, with the addition of new cast members, break up while competing for the $100,000 grand prize.

“We all need an escape,” Vandenberg affirms in the video. “Who doesn’t want to watch people fall in love? In Vegas. Sweaty, hot singles.”