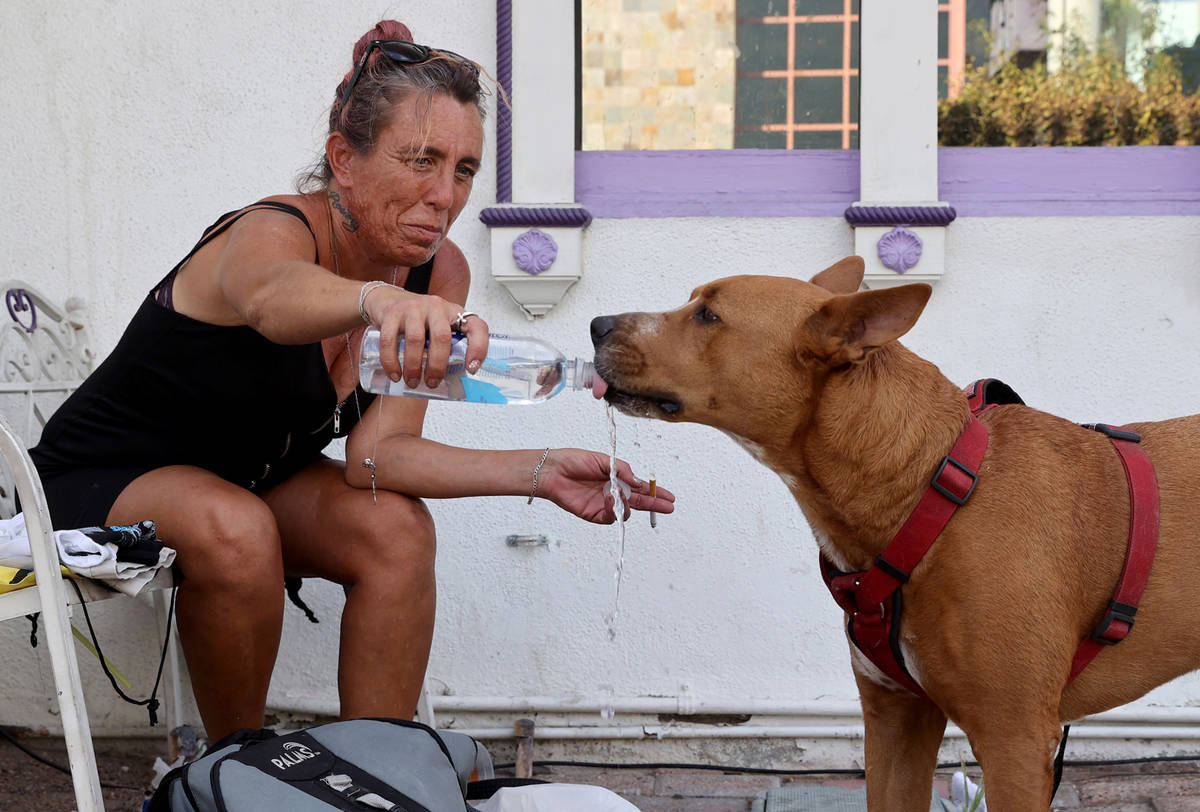 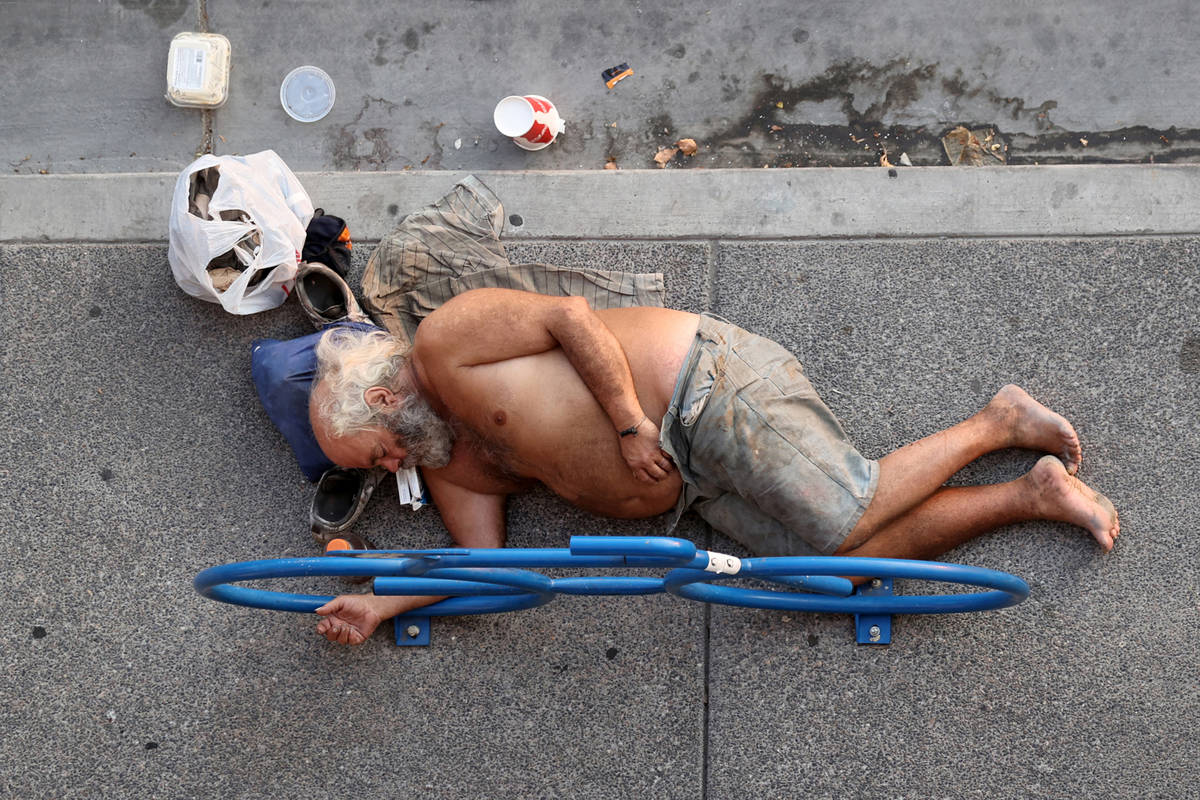 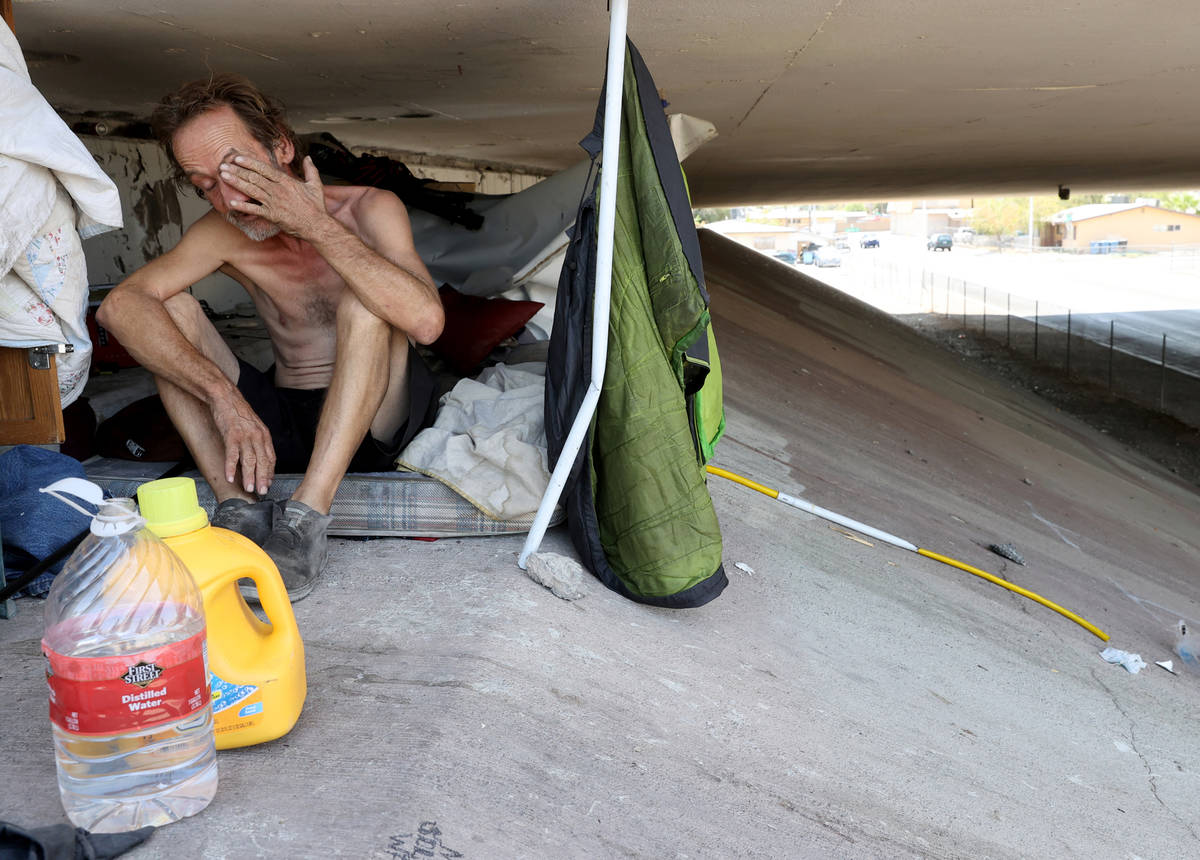 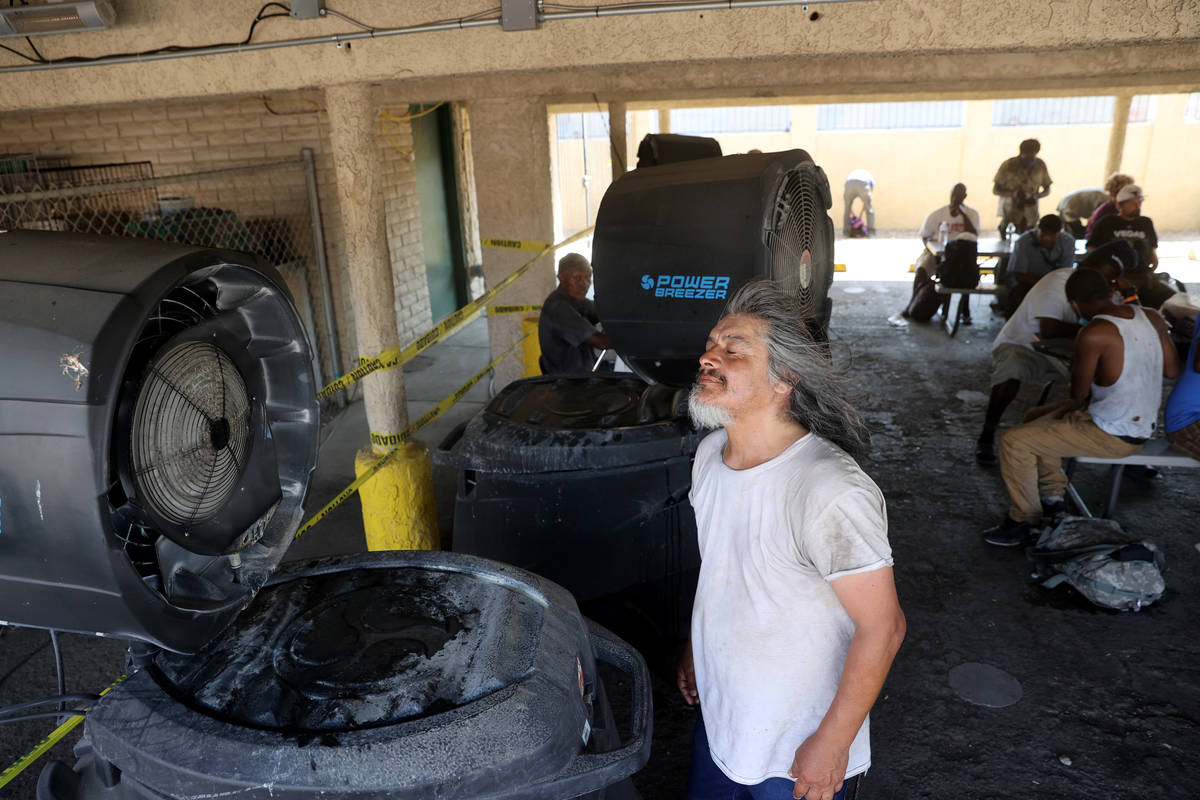 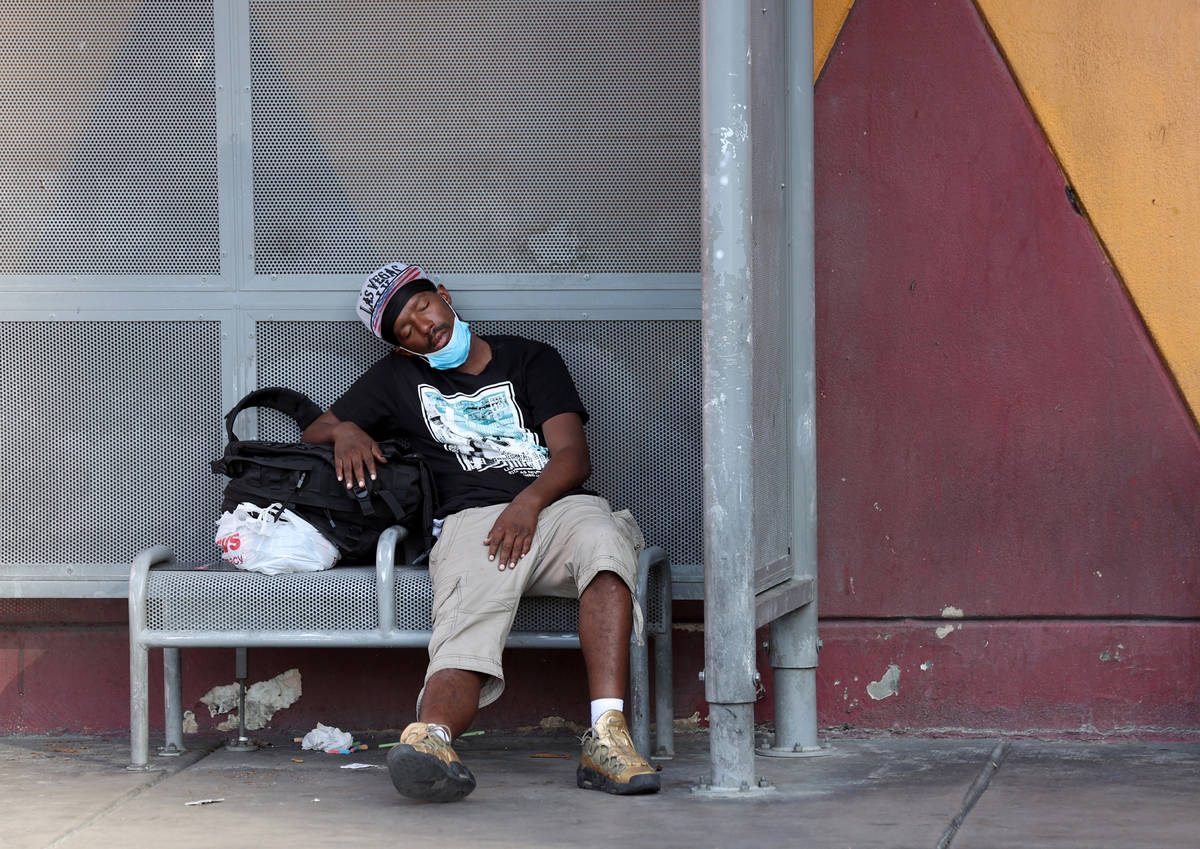 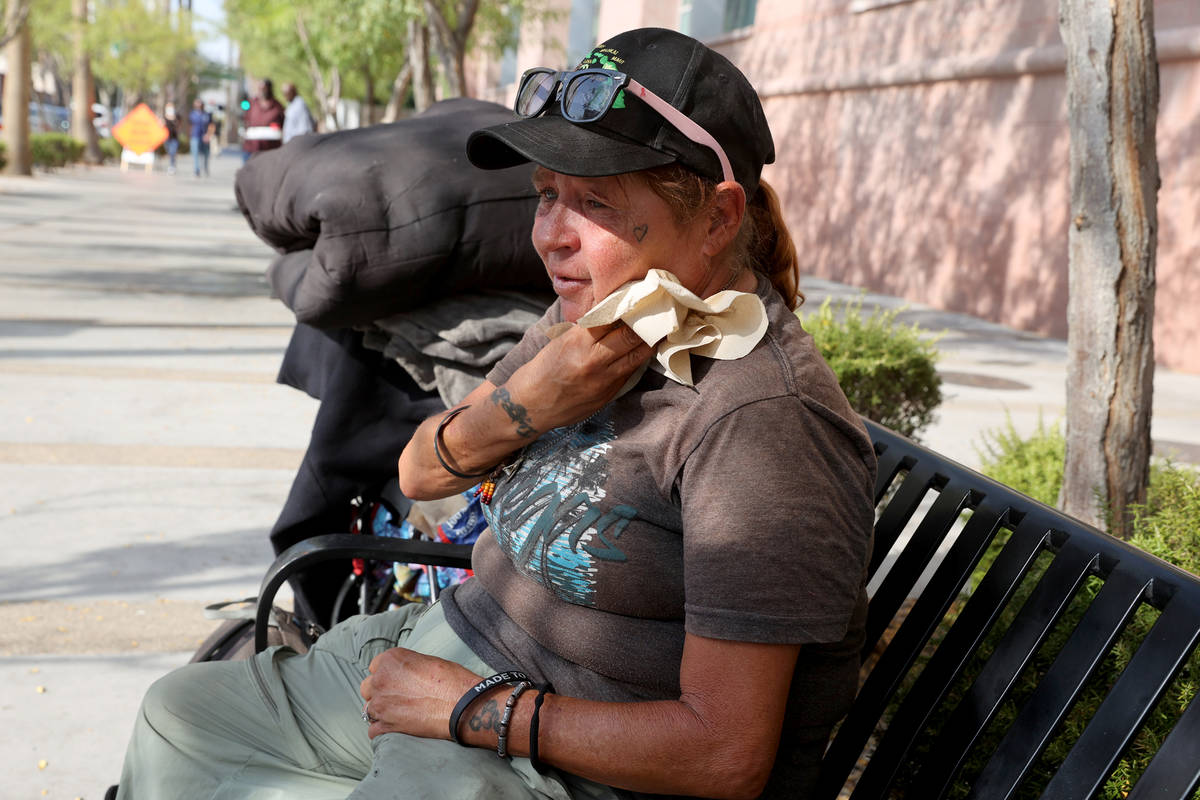 The number of people who died of heat-related causes decreased in Clark County last year, but the Southern Nevada Health District says it’s too soon to know how the recent heat wave or the coronavirus pandemic will affect this year’s numbers.

Because it can take months for the health district to comb through death certificate records and complete investigations, senior epidemiologist Kathryn Barker said the agency is “not sure what’s going to happen this year” during the pandemic. Last year, the number of heat-related deaths decreased in the county following a two-year spike, according to health district data.

“It appears that 2017 and 2018 were higher than usual, and 2019 was about more normal numbers than we would expect,” Barker told the Review-Journal on Thursday.

The health district declined to release preliminary numbers for 2020, which Barker said would be incomplete because of ongoing investigations.

As of Thursday, the Clark County coroner’s office had ruled that 52 deaths this year in Clark County were heat-related, according to data analyzed by the Review-Journal. The data for this year is incomplete while cases remain under investigation.

Preliminary data from the coroner’s office shows 48 deaths from January to July, matching the official number the health district recorded during the same time frame in 2019.

According to a 2015 report from the National Weather Service, heat is the most deadly weather condition in the Las Vegas Valley. A study published by the Desert Research Institute last year found a clear correlation between heat waves and heat-related deaths in Las Vegas.

Since Aug. 14, the valley has been gripped with a heat wave. There have been three people — all men in their late 60s to mid 70s — identified by the coroner’s office who have died in the past week due to the heat, but it’s unknown how high that number will grow as investigations continue.

Barker said older people and those with underlying health conditions are at a greater risk for heat-related death. But there are exceptions.

About 11:10 a.m. July 9, Samantha Hsu, a 10-year-old girl from California, was pronounced dead at University Medical Center due to hyperthermia. Coroner records indicate she was taken to the hospital from Valley of Fire State Park.

It’s unclear what happened before her hospitalization. A records request to the state park system for information regarding Samantha’s death had not been fulfilled as of Friday.

She was the youngest heat-related death identified in the preliminary 2020 coroner data.

Four days prior to Samantha’s death, 61-year-old Weiping Hu died due to environmental heat stress while hiking alone near the Red Rock Canyon National Conservation Area, according to coroner’s office and Metropolitan Police Department records. Around 10 a.m. July 5 she screamed for help and managed to get water from fellow hikers, but later died at the scene.

According to a Metro report, Hu “didn’t appear (to be) a very experienced hiker,” and only had a backpack and small water bottle.

Coroner data indicates homelessness in case after case, with people who died on a walkway in front of a closed business, in a desert area behind a construction site or, in one instance in July, on the sidewalk in front of downtown’s Regional Justice Center.

Frank Gallardo, the director of homelessness projects at the Courtyard Homeless Resource Center, said the population is at risk because of limited access to water and shade. The Courtyard normally serves about 325 to 330 people daily, but “that tends to increase a little bit more” during heat waves, he said.

The coronavirus pandemic put a strain on homeless services. In May, the Catholic Charities of Southern Nevada briefly closed then operated at half capacity after a staff member and client tested positive, and The Salvation Army was nearly forced to close its shelter because of a budget shortfall.

“As a result of the environment we’re having to operate in, there’s a little less services that we wish we could provide,” Gallardo said Friday, adding that the Courtyard hasn’t reduced the number of beds available for those seeking shelter, and is still able to provide medical care and other services.

Catholic Charities has 400 beds available, a spokesman said Friday. But as temperatures rise and shelter becomes more necessary, it’s still not at full capacity — 500 men can sleep there during normal times.

Regardless of your age or health, no one should consider themselves immune to the heat, Barker said.

“Really any exposure outdoors for prolonged periods of time will put you at risk,” she said. “We really want to get the message out there that anybody who is outside needs to take precaution.”