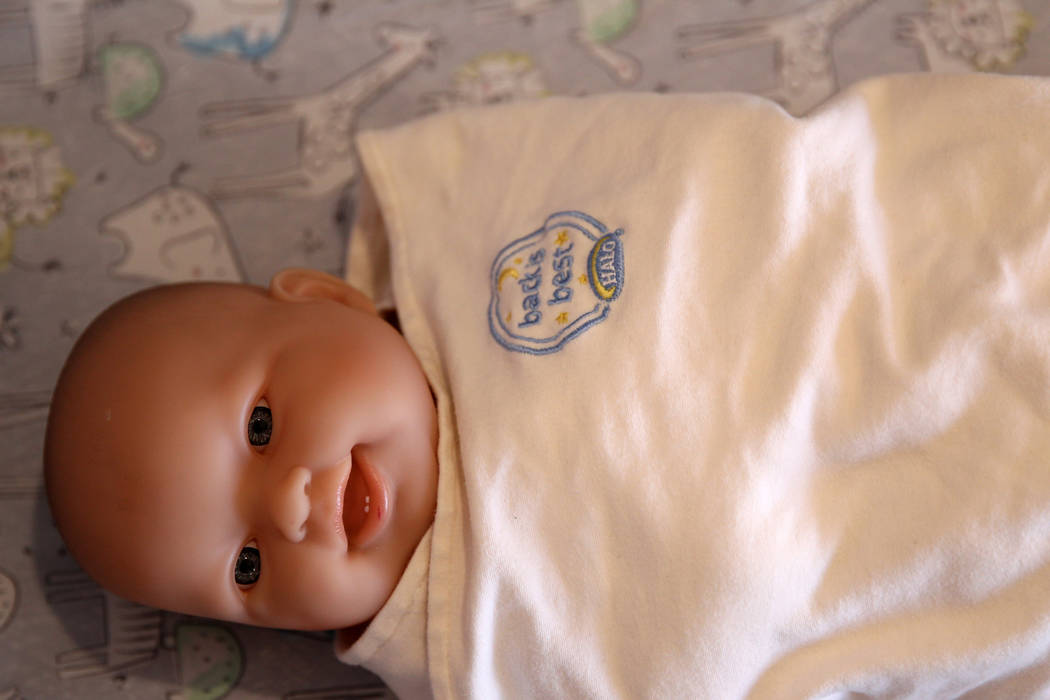 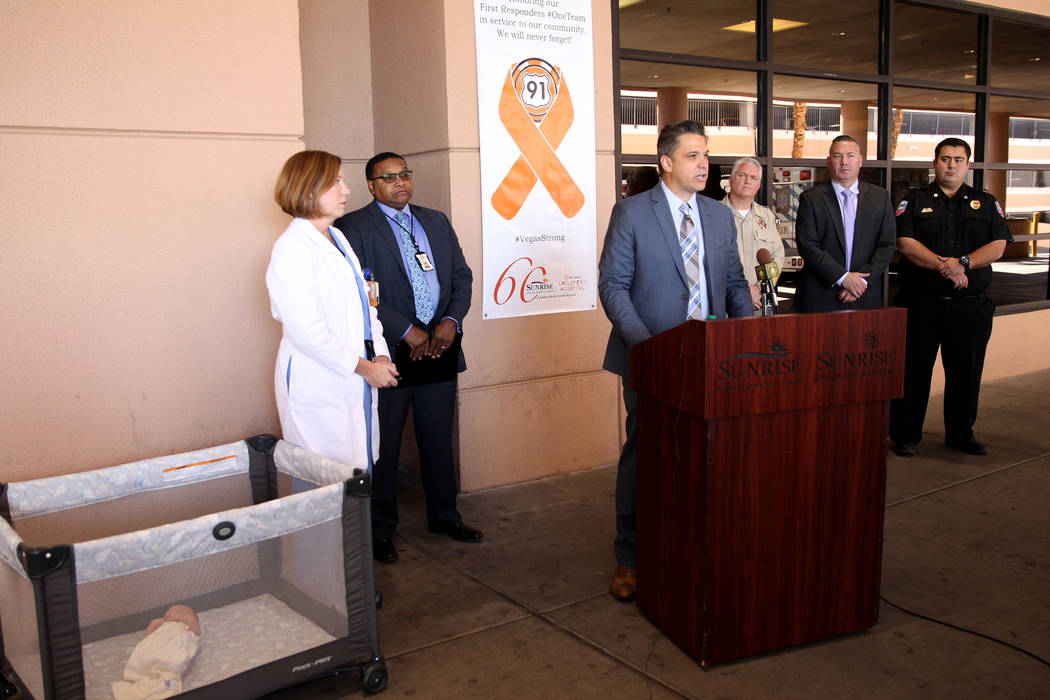 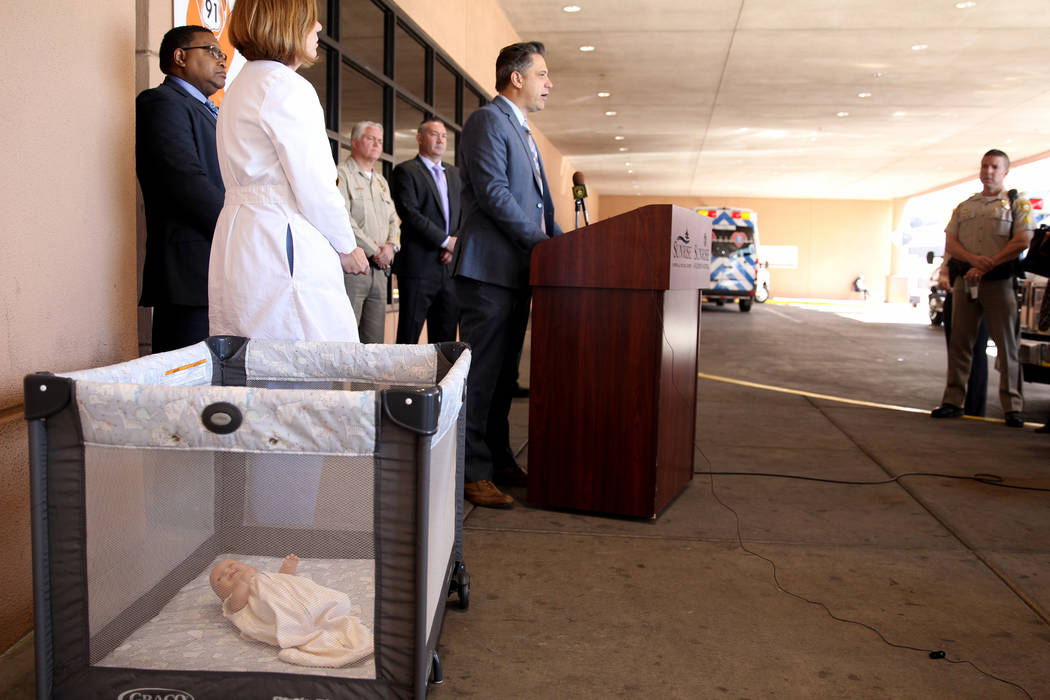 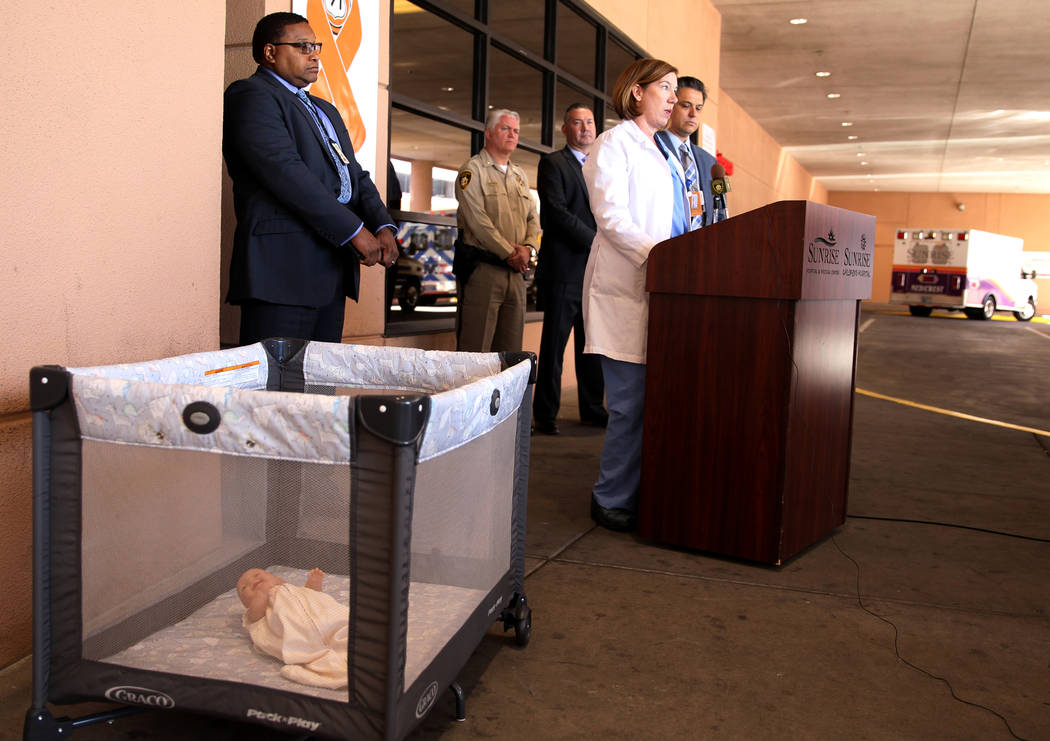 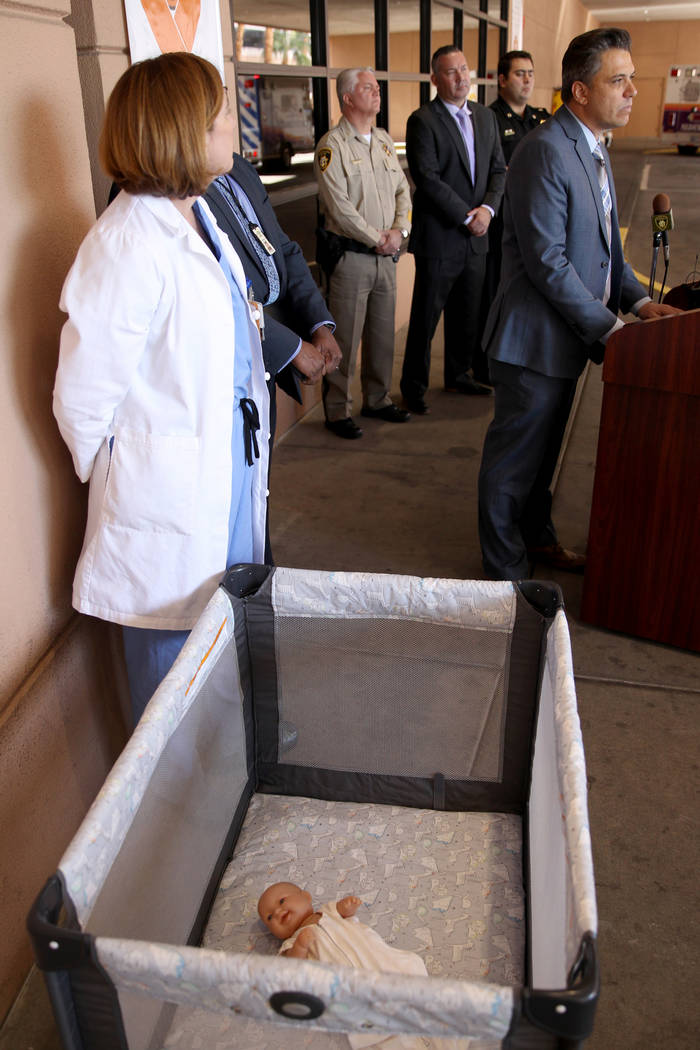 Las Vegas police Sgt. Jerome Milton sees the crestfallen faces of parents when he arrives to investigate after the death of an infant. It never gets easier, he said.

That’s why Milton was at a news conference Thursday to warn parents that sleeping with their babies or filling their cribs with blankets, pillows and toys puts their young lives at risk.

That risk grows with the arrival of colder weather in Las Vegas, he and other members of the Metropolitan Police Department said. And already the toll has been heavy.

So far this year, Metro has investigated 23 infant deaths attributed to “co-sleeping” — a parent or parents sharing a bed with a young child — and other unsafe sleep conditions, including five in October, said Lt. Leon Desimone, who heads the department’s abuse and neglect section. That accounted for more than one-third of all child deaths investigated by Metro in 2018, Desimone said. The remaining 43 deaths included drownings, homicides, suicides and deaths due to medical causes.

“Children depend on their parents to take care of them,” he said. “All parents, especially new parents, need to educate themselves on the best safe-sleeping habits for their children.”

Co-sleeping can cause a variety of complications. A baby could get stuck between furniture or get trapped at the headboard, at the footboard or in the bed frame, according to a Metro news release. The baby also could fall off the bed or suffocate under blankets and pillows, or a parent could roll over and smother a child.

Between 20 and 30 infants typically die from unsafe sleeping practices in Las Vegas annually, Desimone said. The department’s investigations of such deaths hit a high of 30 in 2016.

Nationwide, 900 babies died of accidental suffocation or strangulation in 2016, according to the latest data from the Centers for Disease Control and Prevention.

New parents are exhausted and relish the joy of cuddling their newborns. So to Dr. Kelly Kogut, medical director of children’s surgery at Sunrise Children’s Hospital, the numbers aren’t shocking.

“They’re taking care of their kids, they’re feeding their children and they fall asleep,” she said. “Those things happen. We’re all tired. We’re doing too many things.”

The best way to ensure a baby’s safety during sleep, Kogut said, is to follow the ABCs: Put the baby to bed alone, on their back and in a crib.

“We’re trying to get the message out that there are safe practices,” she said.

That doesn’t mean parents should separate themselves from their children at night. Kogut recommends keeping a child’s crib in the parents’ bedroom for the first year of life to monitor sleeping.

She said a baby should be swaddled tightly, with no loose strings or cords, and toys, pillows and blankets should be removed from a crib. They all pose strangulation risks.