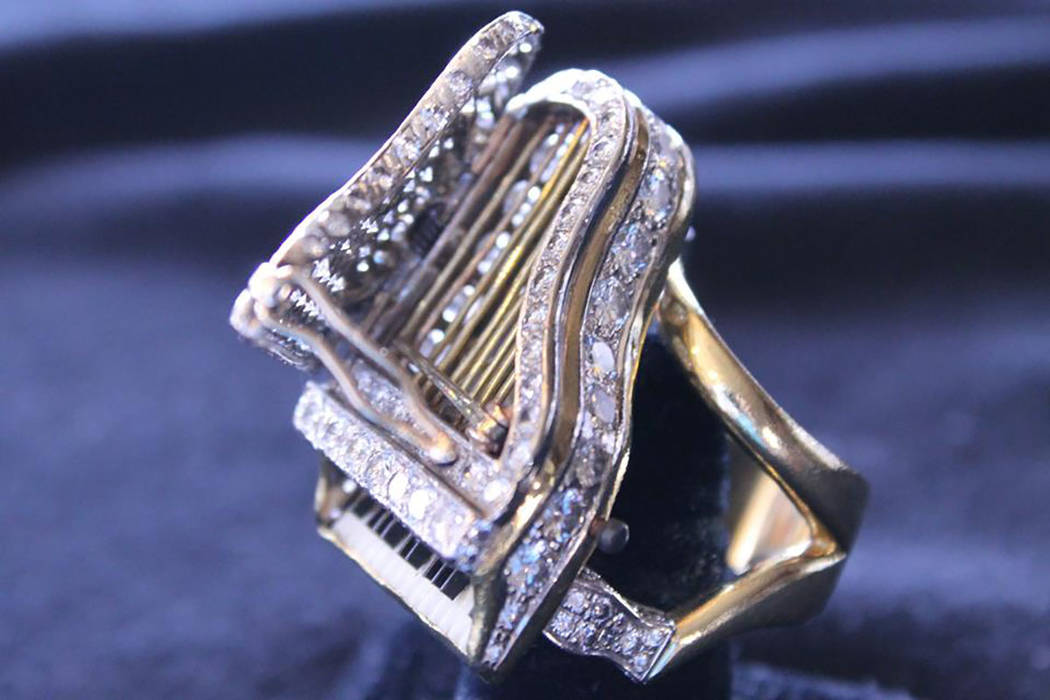 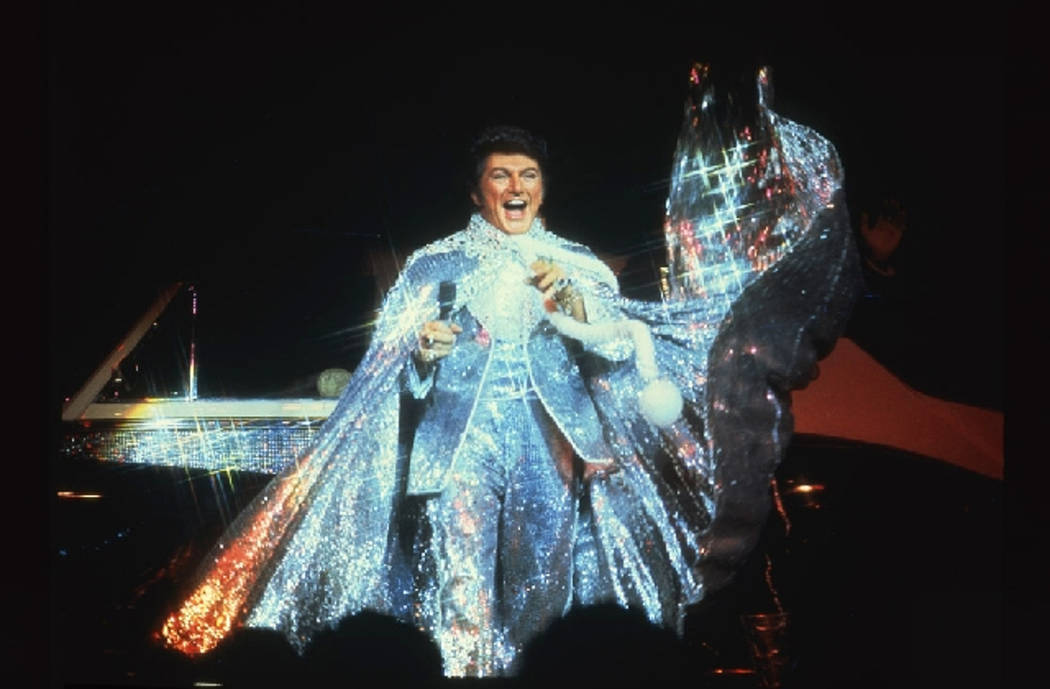 Liberace’s flair inspired generations of performers over the years. (Liberace Foundation for the Performing and Creative Arts) 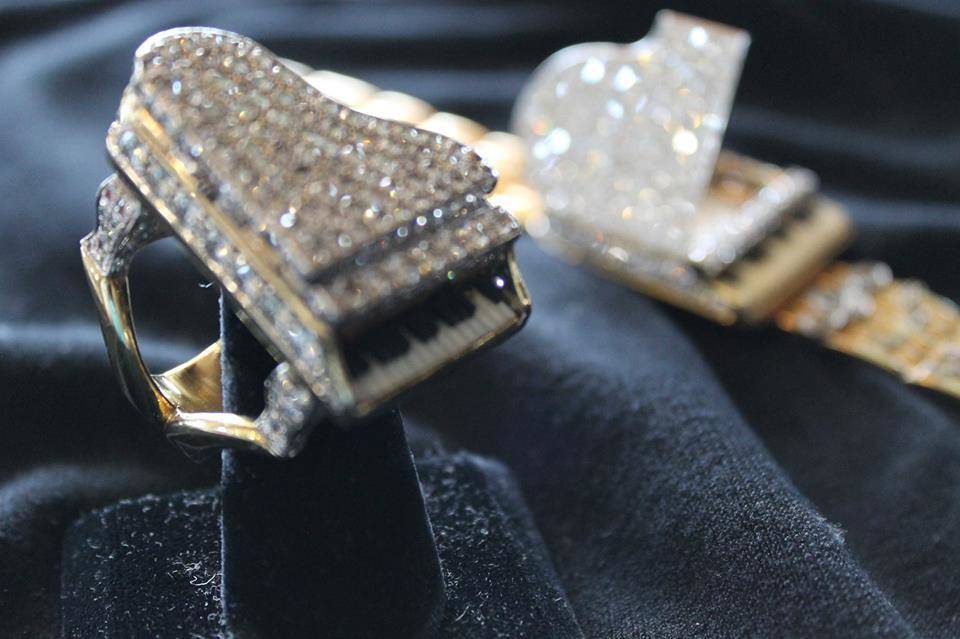 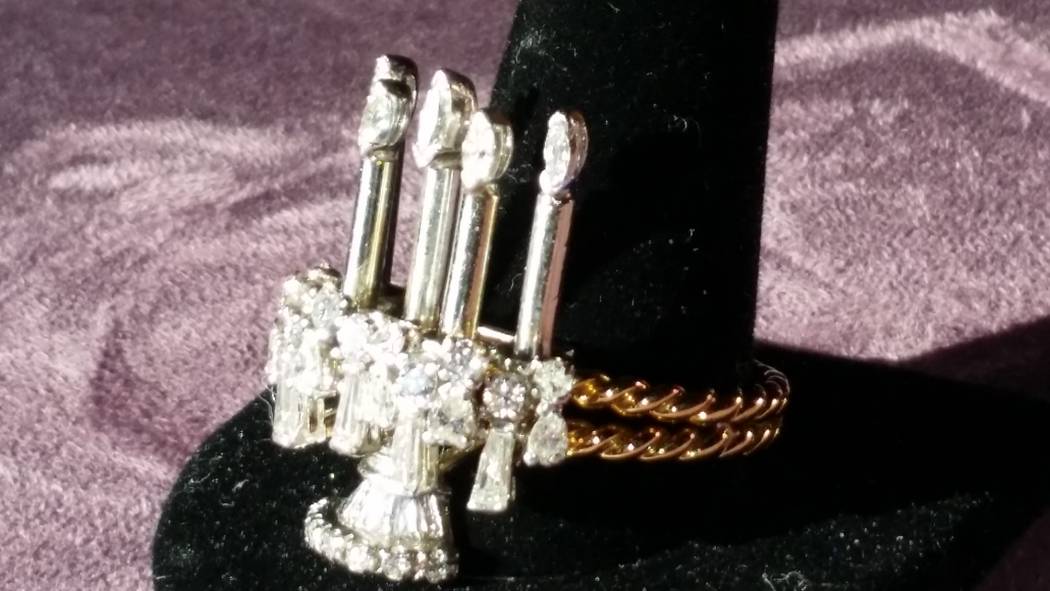 The candelebra ring was given to Liberace by William Harrah. (Liberace Foundation for the Performing and Creative Arts) 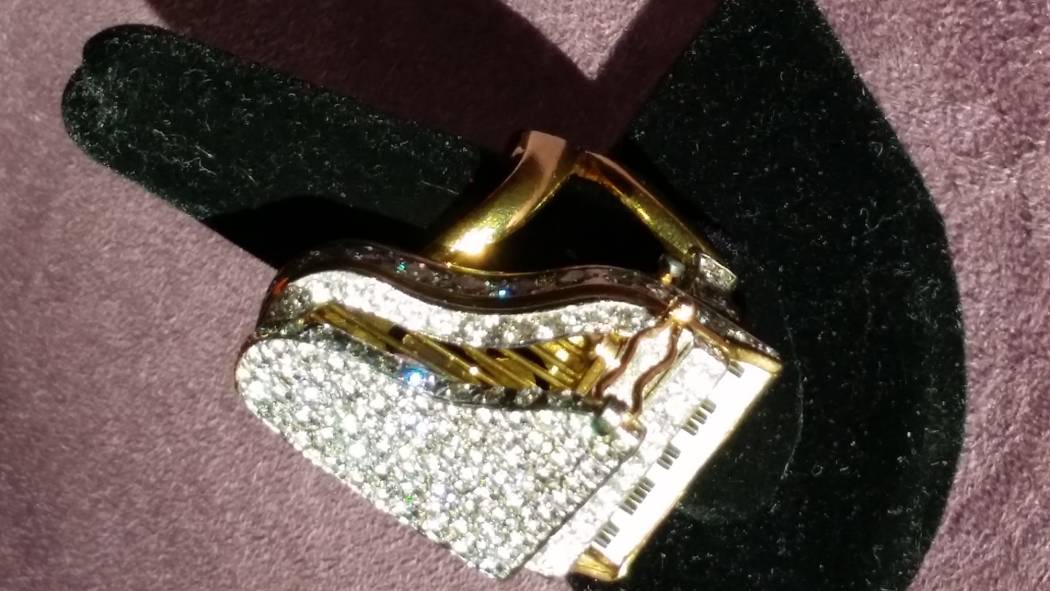 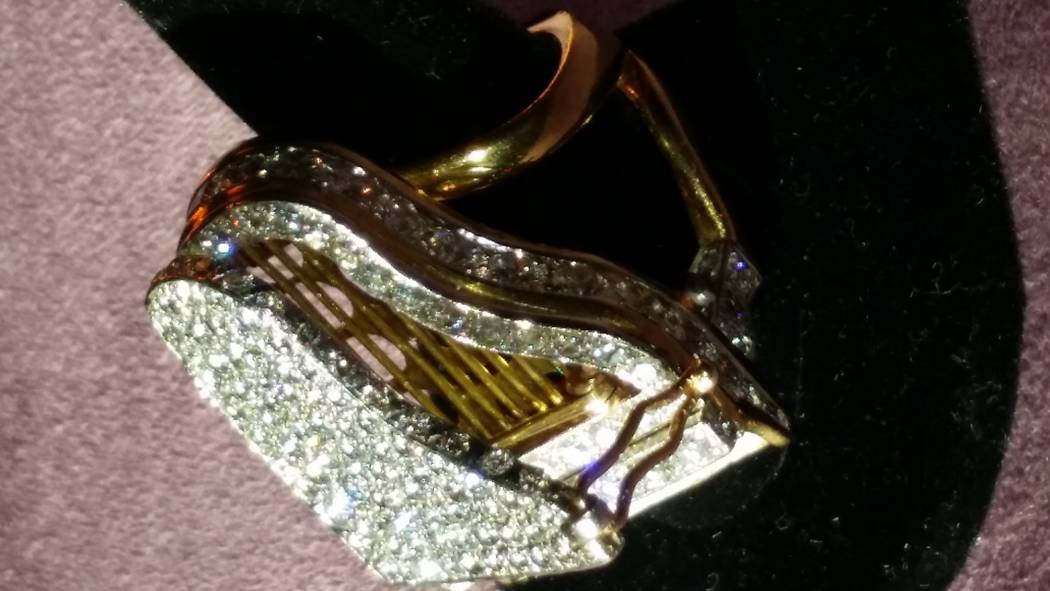 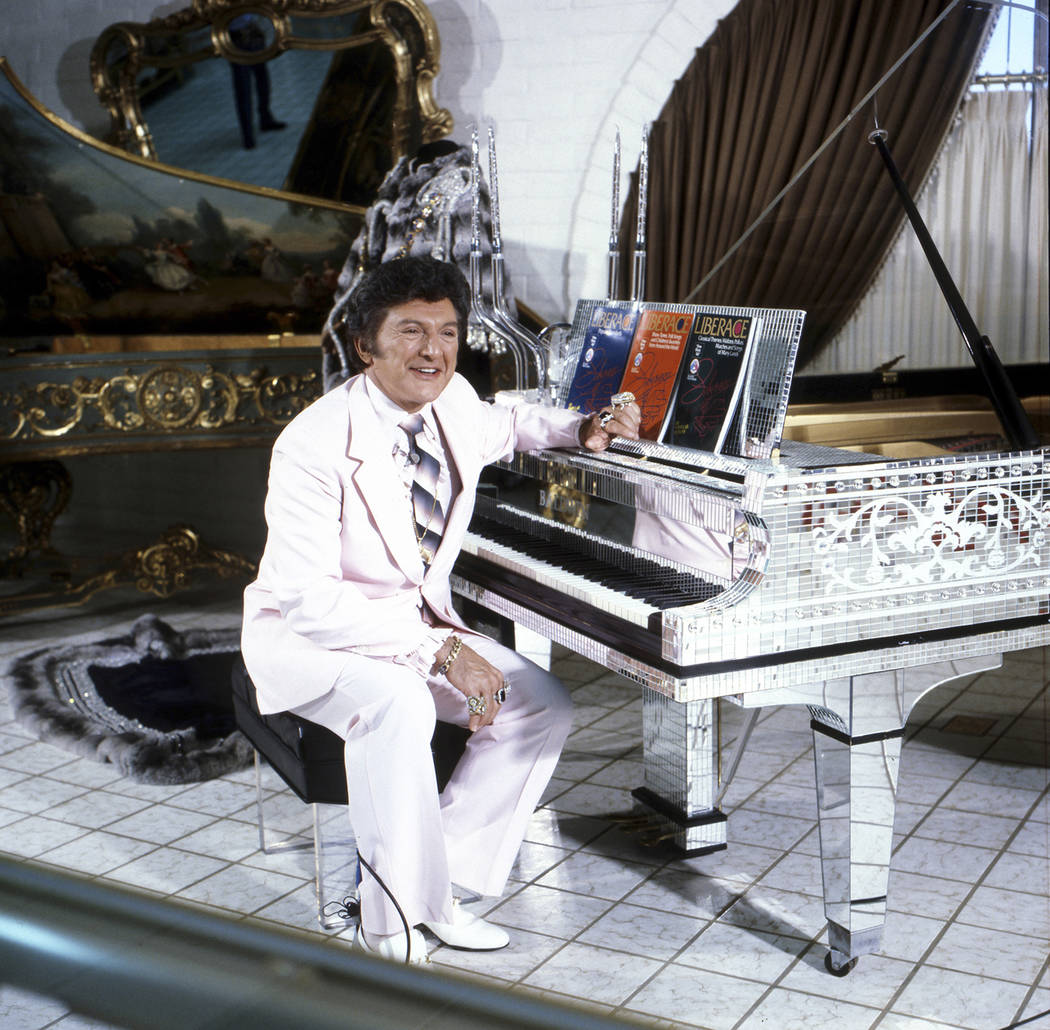 Liberace’s flair inspired generations of performers over the years. (Liberace Foundation for the Performing and Creative Arts)

As far as Jonathan Warren can tell, Liberace never played a concert in Paris.

But Liberace did visit Paris for the first time in 1955. And by the time he returned home — and on subsequent trips he took to Paris over the years — he was a smash, says Warren, chairman of the Liberace Foundation for the Creative and Performing Arts.

This month, the blingy-before-bling-was-a-thing Las Vegas icon returned to Paris — if only in spirit — through “Medusa: Jewelry and Taboos,” an exhibition at the Museum of Modern Art of the City of Paris.

Among them: Rings fashioned in the form of a candelabra and a piano, as well as a Swarovski-encrusted grand piano, just because.

The Liberace pieces are on loan from the Liberace Foundation, and Warren says the size and “audacity” of the baubles qualify them for inclusion because they changed the course of both jewelry and entertainment. Think, Warren notes, of the 100-plus songs of every genre in which Liberace is name-checked, as well as the jewelry preferences of an entire generation of hip hop artists.

Not to mention, of course, Liberace’s influence in the onstage styles of performers ranging from Elvis Presley to Michael Jackson to Prince.

Liberace died 30 years ago, and during a career that included numerous shows in Las Vegas, he became known not just for his musical abilities but for his over-the-top stage presence, out-there costumes and affinity for bangles and shiny jewelry. But Warren says the foundation spends “a lot of time and effort bringing to the attention of the public the cultural impact of Liberace. We’ve gone (into) a little deeper look at what these things mean and the impact Liberace had.”

So, Warren was flattered when the Paris museum asked to have a few of Liberace’s pieces for the exhibition, which is named after Medusa, the mythical snake-haired monster that legend had it would turn to stone anybody who looked at her. The exhibit’s curator, Anne Dressen, has said that jewelry, like Medusa, “creates an attraction or repulsion for the one who stares at it, wears it or makes it.”

Warren says the exhibition marks “the first time Las Vegas has made the Paris Museum of Modern Art or anything of that magnitude in Europe. Even more exciting is that Las Vegas’ icon is Liberace and they see him for what he is, which is that he had this incredible impact.”

Warren considers the “most iconic” Liberace pieces on loan to the exhibition a piano ring given to Liberace by hotel magnate Barron Hilton and a candelabra ring given to him by William Harrah of the Harrah hotel chain.

The exhibition will run until Nov. 5. However, Southern Nevadans who can’t make the trip to Paris can check out the Liberace Garage at the Hollywood Cars Museum, 5115 Dean Martin Drive, which houses more than a half-dozen cars used by Liberace onstage, as well as outfits, chandeliers and other artifacts.

Or, fans can sate their own hunger for ostentatious jewelry by purchasing a limited-edition Paris-edition commemorative piano ring, which looks just like the one Liberace had. It’s available for $349 from the Liberace Museum Store via the foundation’s web site (www.Liberace.org) and proceeds benefit the nonprofit foundation. 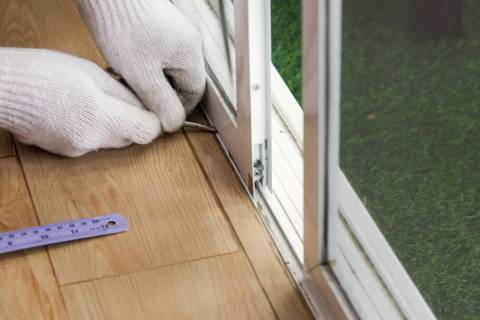