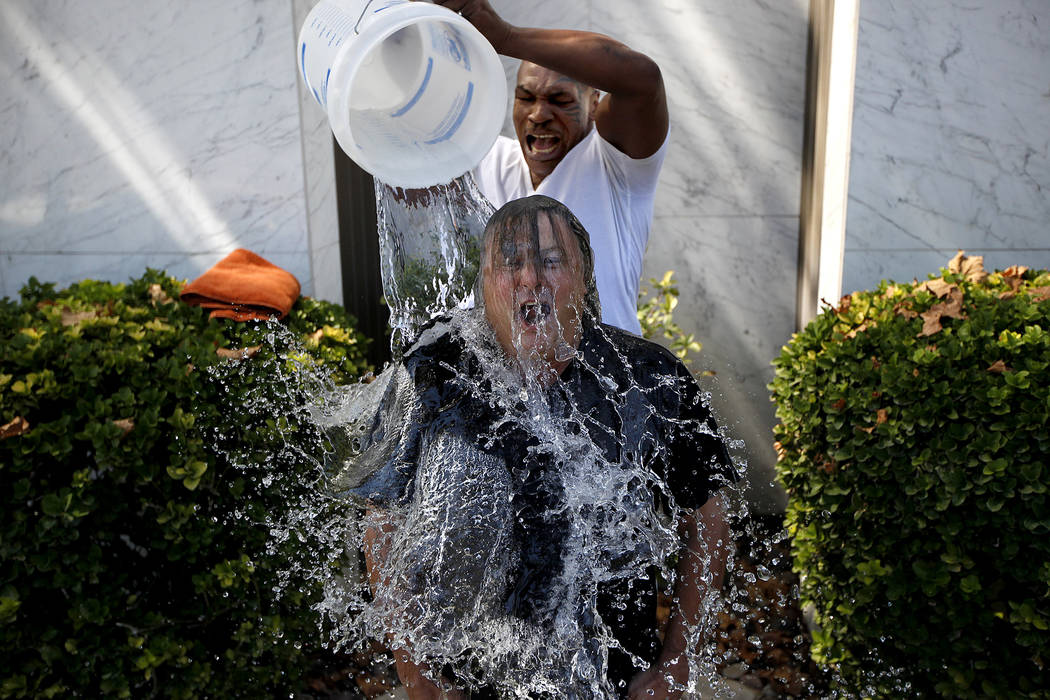 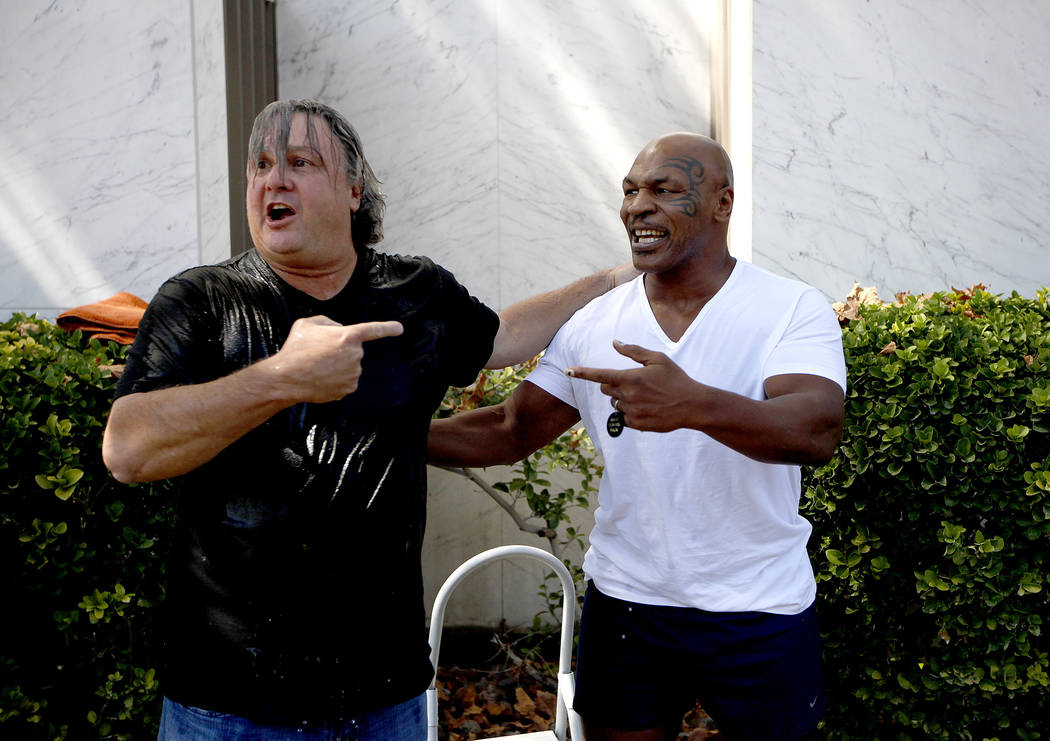 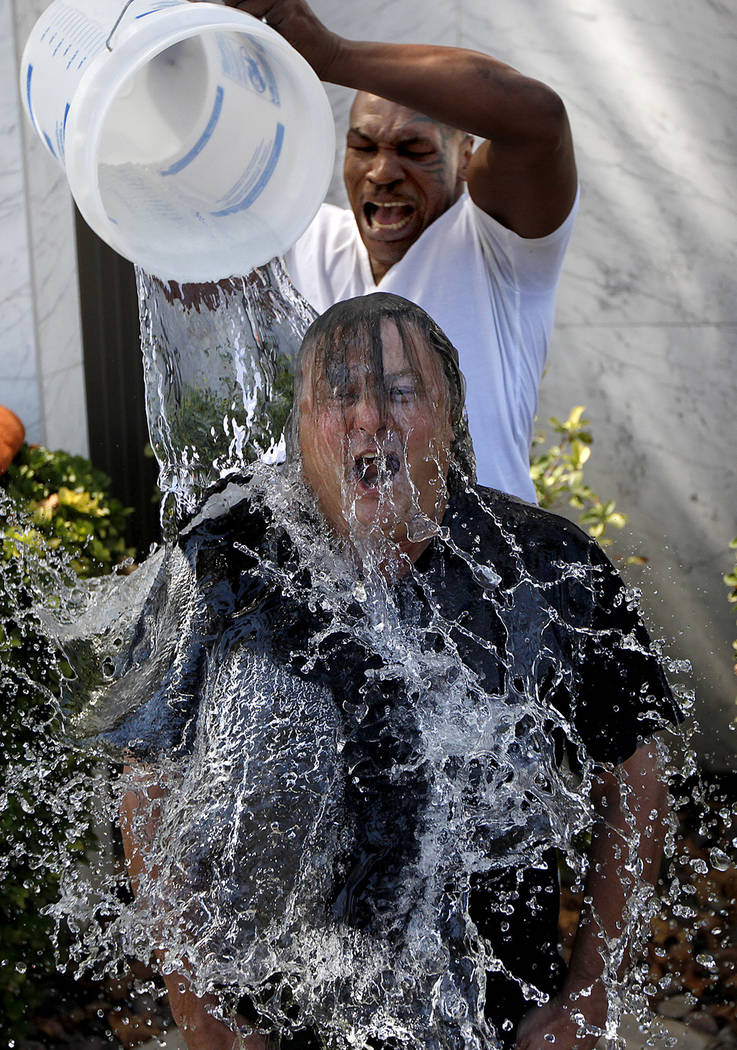 The Ice Bucket Challenge took the country by storm in 2014, becoming a pop culture sensation mostly because it combined a good cause (raising money for research into ALS, or Lou Gehrig’s disease) with a touch of good old American goofiness (dumping a bucket of ice water over somebody’s head).

In Las Vegas, former heavyweight boxing champion Mike Tyson got in on the action when he dumped ice water over the head of Las Vegas attorney David Chesnoff in front of Chesnoff’s downtown Las Vegas law firm on Sept. 15, 2014. The veteran local attorney had represented Tyson in the past.

Boston College announced Monday that Peter Frates, credited for popularizing the Ice Bucket Challenge, died at age 34 after a long battle with ALS, or amyotrophic lateral sclerosis. Frates was an alumnus of the college.

The challenge Frates championed was designed to raise awareness of the disease and money for research. As both celebrities and regular people embraced it, the challenge spawned countless viral videos of people dunking themselves or getting dunked by others, then challenging friends to do the same.