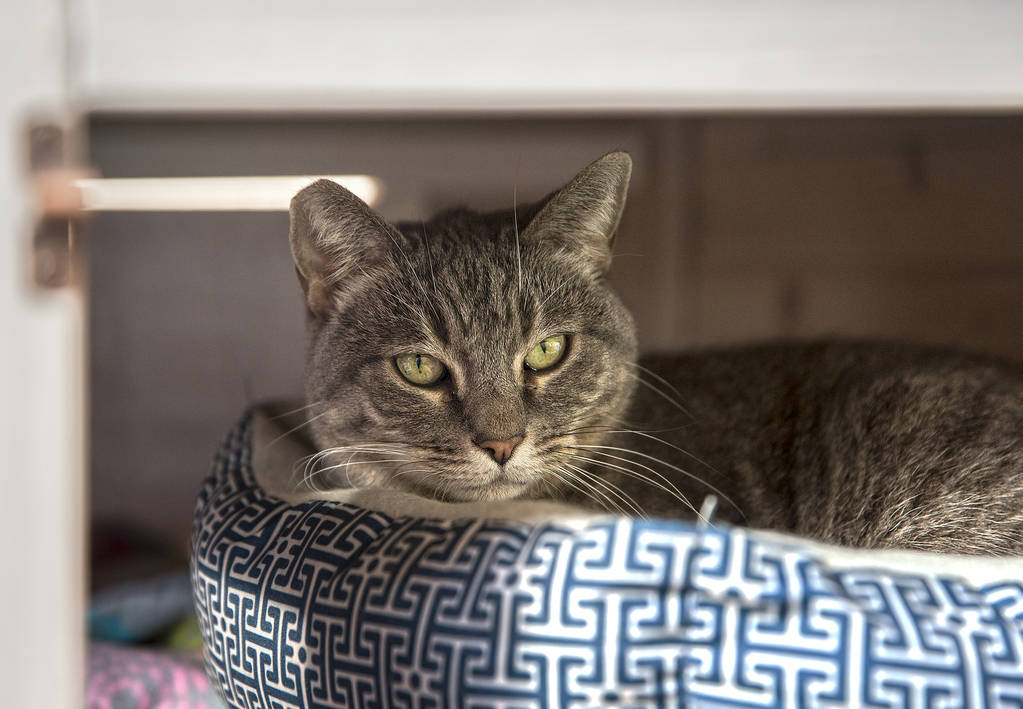 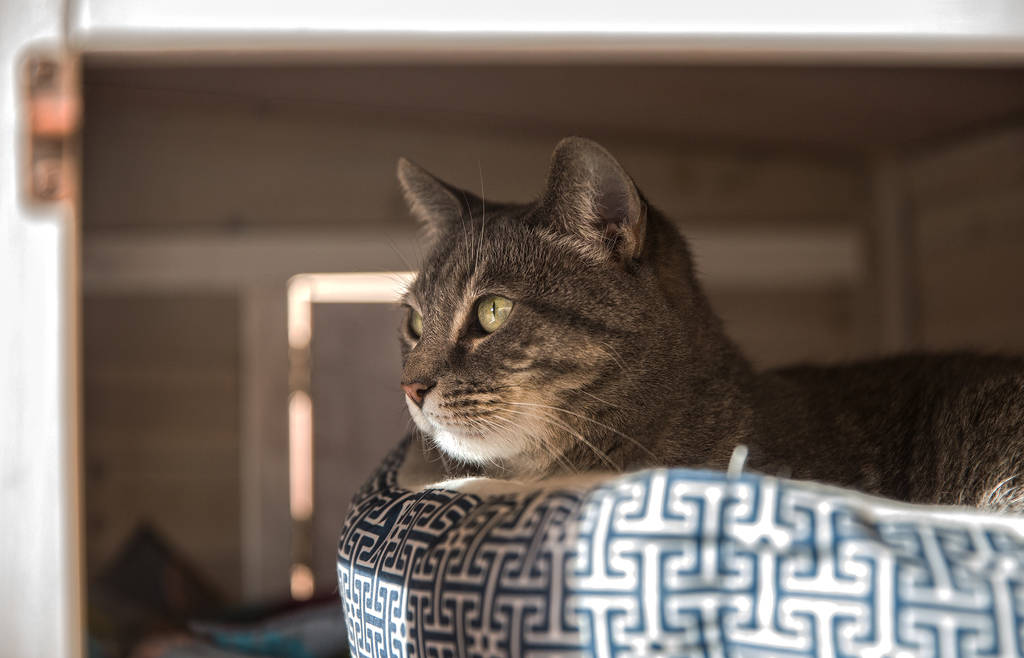 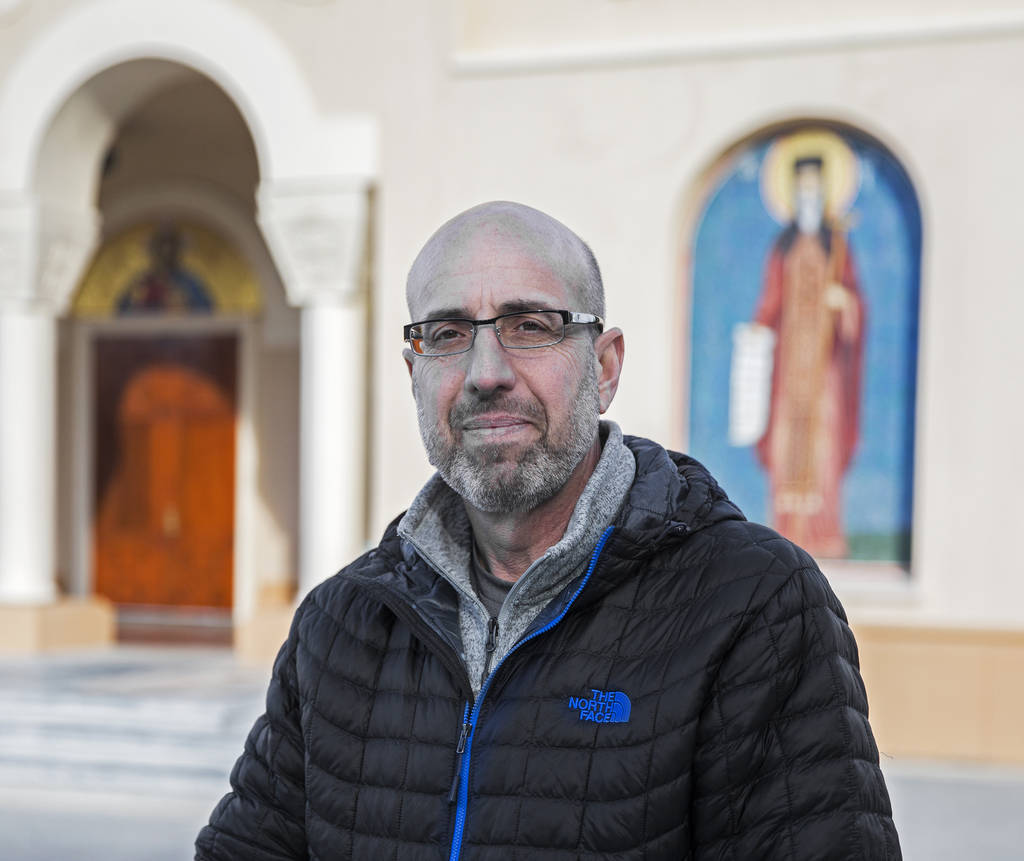 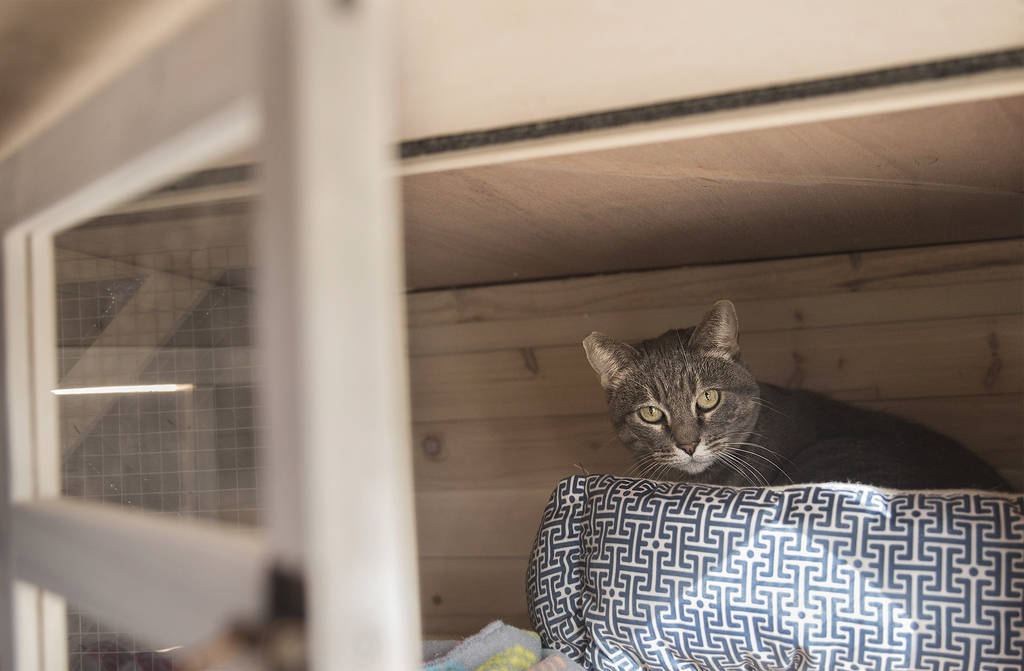 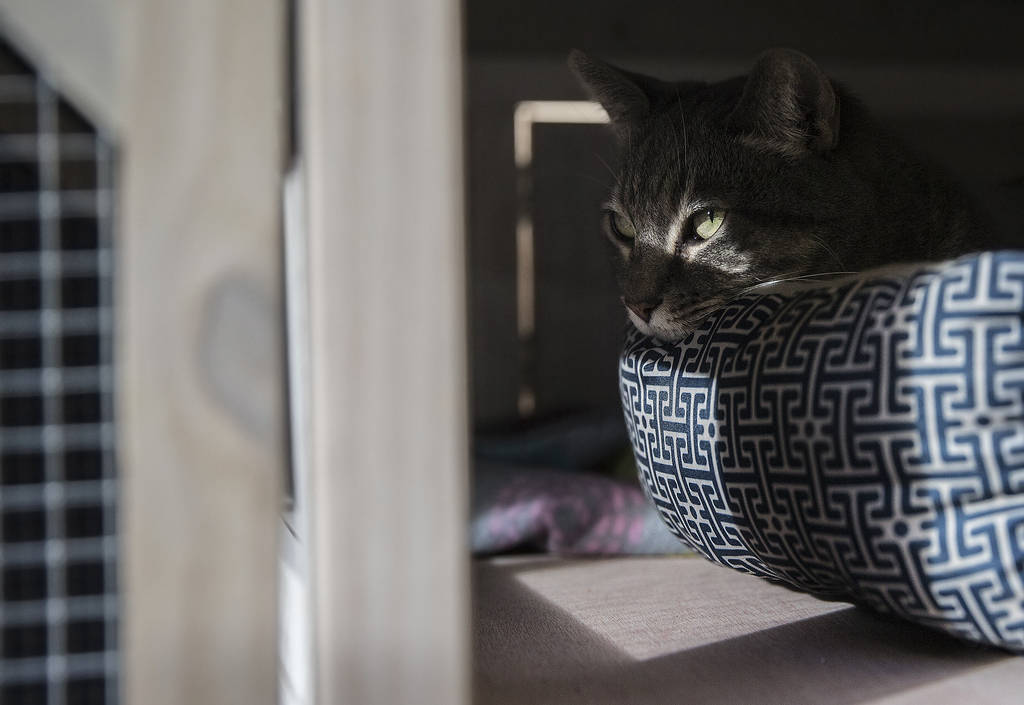 Koukla and Pontiki started their new job at St. John the Baptist Greek Orthodox Church about two months ago, and it’s a pretty sweet gig.

It’s 24/7, but food and housing are included. And while there’s no actual paycheck, their bosses love them, even if it’s probably annoying when one of them comes up and says “Who’s a good girl?” while scratching them behind the ears.

Koukla and Pontiki are cats who were adopted by the church through The Animal Foundation’s Working Cat program.

Koukla and Pontiki have been living at the church for about two months, adjusting to their new surroundings. They then were released from the spacious enclosure that serves as their home to begin their jobs as critter control specialists.

Animal Foundation spokeswoman Kelly Leahy says the Working Cat adoption program is a way to find homes for cats that aren’t likely to become house cats because of behavioral issues or because they aren’t well socialized to humans.

Or, Leahy says, “they may have been feral and have been taken from a community but, for some reason, can’t be returned to that community.”

Through the program, cats accustomed to minimal human interaction and outdoor living can find permanent homes. Leahy says almost 50 working cats have been adopted since the program began last spring, and “we currently have dozens of cats available to be adopted as working cats.

The adoption process is the same as that used for any cat or dog at the foundation, although no fee is charged. Leahy adds that adopters must be willing to care for the cats for the rest their lives, providing food, water, shelter and medical care.

Adoptive owners so far have included a farm-owning family and a consignment shop, Leahy says, although working cats also would be suitable for nurseries, factories, warehouses or “even someone’s backyard.”

St. John the Baptist is the first church to adopt a cat through the program. John Koutsulis, a parish council member, says the church learned about the program after the Rev. Seraphim Ramos noted that cats often are kept in Greek monasteries to control rodents.

“We own just shy of 10 acres of land and we thought, ‘Why not have some cats out there?’ ” Koutsulis says.

Enter Koukla, a gray tabby (the name is a term of endearment equivalent to “doll”or “cutie”) and a Siamese named Pontiki (“mouse,” used in the sense of, say, “little scamp”).

They spent their first weeks at the church living in an outdoor — but fairly fancy — enclosure while adjusting to the reality that they now had a home.

Koutsulis says that both have mellowed since moving to the church. Koutsulis — who visits the cats at least once a day and often several times a day — says that while Pontiki remains a bit standoffish, he’s now willing to let Koutsulis pet and scratch him. Koukla has become more outgoing and affectionate, even to the point of pressing her back against her enclosure’s screen for visitors to stroke.

The cats now have the freedom to roam the church property 24/7 to “control the local population of critters, so, to speak.”

In the meantime, they’ve made a new friend: A rabbit that stops by “almost every day,” Koutsulis says. “He just goes and stares at them.”

Parishioners love the duo and have pitched in by donating food, litter, blankets and other cat necessities, Koutsulis says, and it’s not unusual for both parishioners and church employees to stop by to check on them. “Those cats don’t go an hour without being checked on,” Koutsulis says.

Thanks to the church’s extensive security camera layout, Koutsulis admits to even watching the cats on his iPhone at home.

He laughs. “I’ll have this on for hours doing this,” Koutsulis says, mimicking frantic cellphone typing.

Koutsulis got cute collars for the pair and even is thinking of asking the artist who’s creating icons for the church sanctuary to maybe whip up something for Koukla’s and Ponitiki’s enclosure.

Koutsulis — a longtime cat lover who has one of his own at home — doesn’t even seem to be joking.

“I’ve grown attached to these guys, I really have,” says Koutsulis, saying out loud what’s been obvious all along, and who’s sure to be the best boss Koukla and Pontiki will ever have.