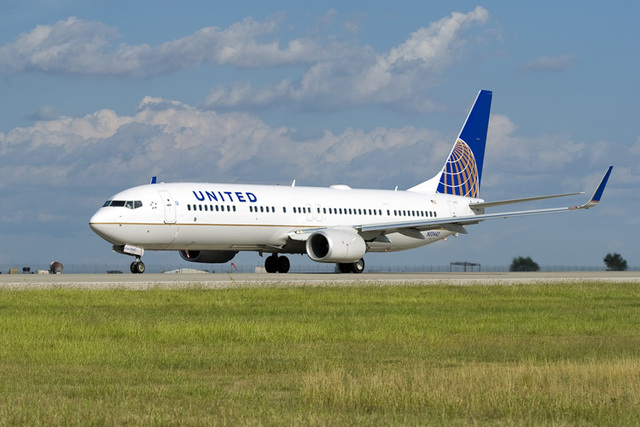 All United Airlines flights were grounded for almost two hours early Wednesday due to a computer hardware problem, creating travel headaches for tens of thousands of passengers that stretched into the afternoon.

“We are restoring regular flight operations, but some customers may experience residual delays (Wednesday),” United said in an afternoon statement.

The Federal Aviation Administration said all flights operated by United, the fourth largest U.S. passenger carrier, were grounded starting at about 8 a.m. EDT after the airline experienced a systemwide computer problem. Some travelers were forced to look for alternative flights and connections before the order was lifted 9:47 a.m.

United said 800 flights had been delayed, with four flights canceled on its main carrier and 55 on its regional partners.

“An issue with a (computer) router degraded network connectivity for various applications, causing this morning’s operational disruption,” United said in a statement. “We fixed the router issue, which is enabling us to restore normal functions.”

United said it would rebook flights for affected passengers without charge.

Aviation industry consultant Robert Mann said technical disruptions have been on the rise since airlines began automating more of their operations and since they switched from private, proprietary communications for flight operations to Internet-based communication, which is cheaper but exposes the carriers to more risks.

Technical disruptions “are nagging problems, but these are not problems that are going to draw the huge capital investment necessary to (approach) 100 percent reliability,” Mann said. “The revenue loss in these cases is relatively modest.”

United flights were also grounded on June 2 due to “automation issues.”