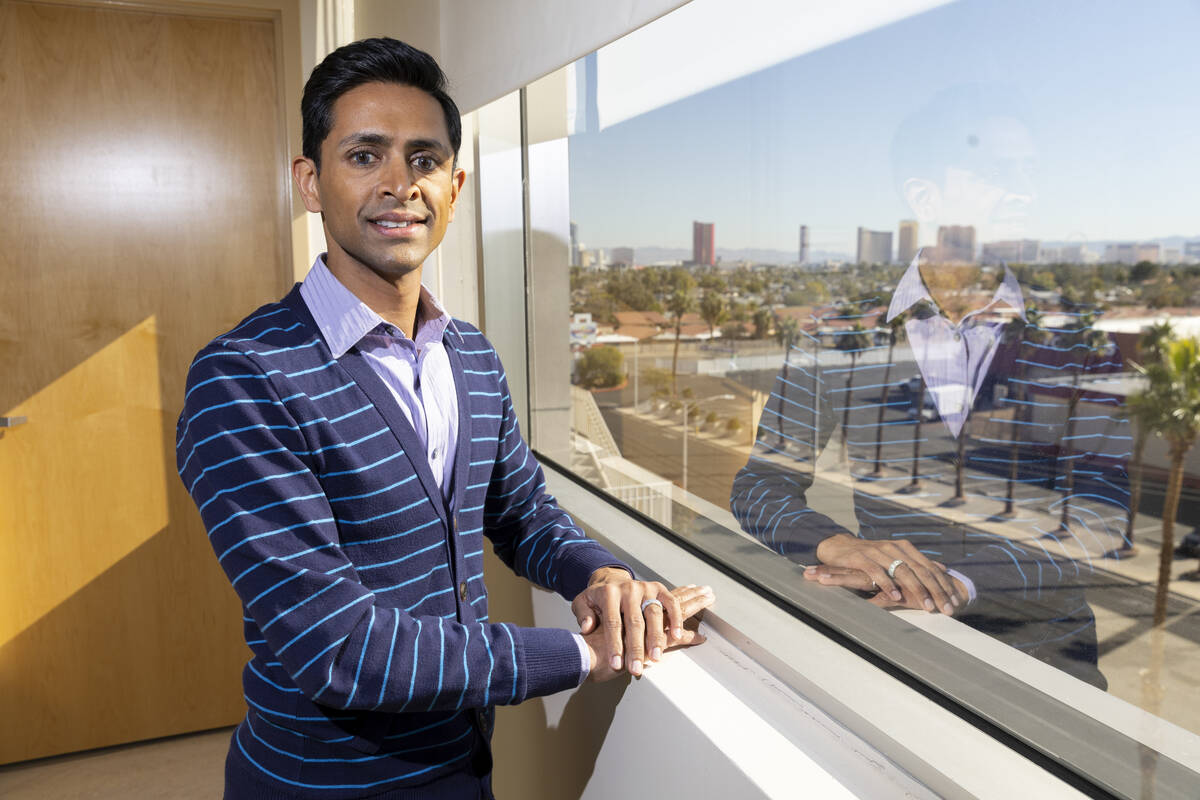 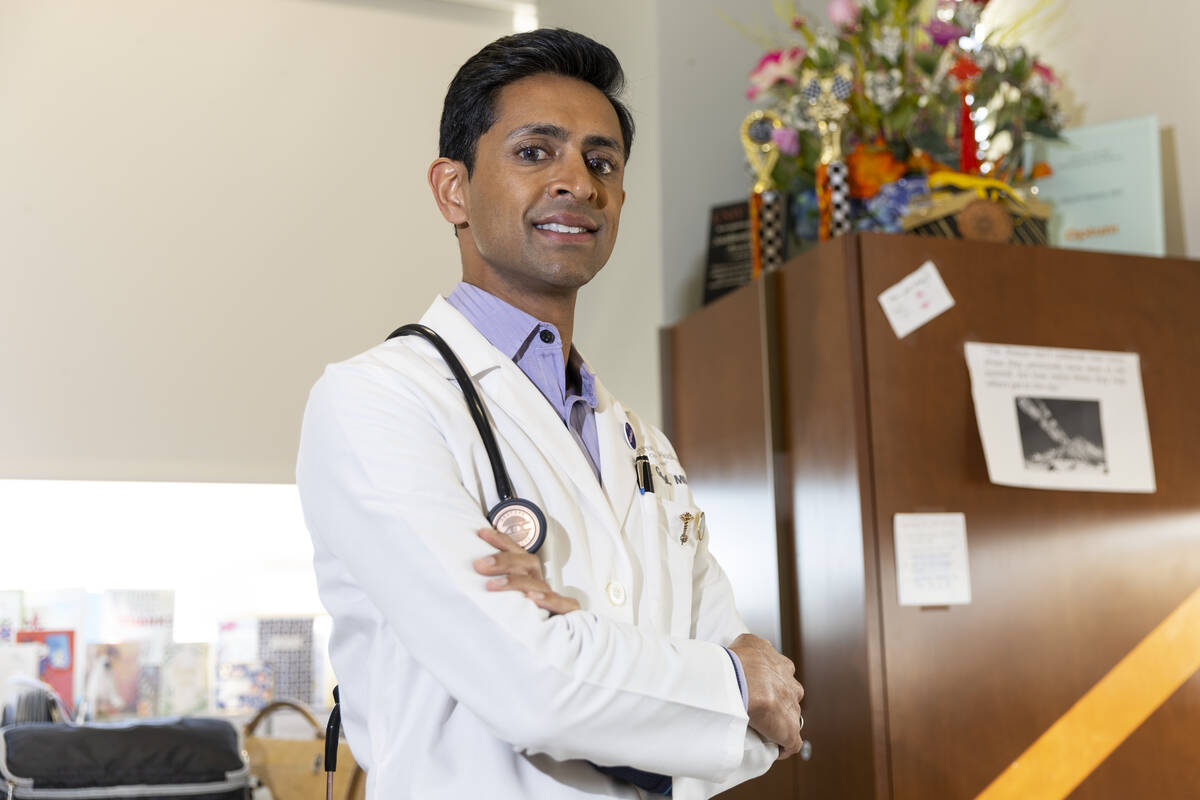 Dr. Neil Gokal admits he was “terrified” when a routine blood test about eight years ago revealed that he had prediabetes, a medical condition that, if not addressed, can progress into Type 2 diabetes with all of the serious health problems — including heart disease and stroke — that can bring.

But Gokal, a family practice physician with Southwest Medical, also was surprised. He was in his 30s then and, thanks to a recently discovered interest in running and triathlons, actually had been increasing his level of physical activity. He also wasn’t overweight, even if he admits to having a bit of a sweet tooth and becoming so active that “I started kind of relaxing my eating habits.”

Once the shock and surprise wore off, Gokal treated the prediabetes diagnosis as a call to action, altering his diet and lifestyle in small but significant ways. Today, lab tests show that his blood sugar — high blood sugar is a hallmark of diabetes — has returned to normal levels.

It used to be that diabetes was a binary sort of diagnosis: If lab tests revealed that blood glucose fell into a specific range, diabetes was diagnosed.

That’s still true, although the term prediabetes now is used to refer to what may happen before blood sugar levels become high enough to be called diabetes. And that makes prediabetes not just a scary diagnosis, but an opportunity for patients to delay or even prevent diabetes from developing.

Prediabetes usually occurs with no obvious symptoms. “We typically know when we get lab work done and see that blood sugar is high,” said Dr. Susan Nguyen, a doctor of pharmacy, clinical pharmacist and associate professor at Roseman University of Health Sciences College of Pharmacy.

Having prediabetes “means an increased risk of having diabetes,” Nguyen said. “If you have prediabetes, the likelihood that it will convert to diabetes is estimated at 50 percent over the next five to 10 years.”

Risk factors include being overweight and living a sedentary lifestyle. Women who have had gestational diabetes also are at risk, as are members of certain demographic groups, including African American, Hispanic/Latino and Native American ancestry.

An estimated 96 million adults, or 1 in 3 Americans, have prediabetes, Nguyen said, “and a lot of people don’t know they have it.”

Dr. Mark Decerbo, a doctor of pharmacy and professor of pharmacy practice at Roseman University of Health Sciences College of Pharmacy, said many of the people who have diabetes screenings at the college’s community outreach events are surprised to learn that they have prediabetes.

Others aren’t. Some have family members who have diabetes, Decerbo said, some “haven’t seen a doctor in a decade,” and a few even admit that “my doctor told me this years ago and I never went back.”

While getting a prediabetes diagnosis can be frightening, the good news, Gokal said, is that prediabetes’ potential progression to diabetes “can definitely be modified or prevented” through changes in diet and lifestyle.

Gokal’s own diagnosis of prediabetes came on the basis of a blood test that put his hemoglobin A1C — a marker used to evaluate blood sugar levels — at 6.3 percent. For comparison, diabetes is diagnosed with an A1C of 6.5 percent.

“I was pretty terrified to see that number in front of me,” Gokal said.

That he wasn’t overweight and was physically active and yet had prediabetes illustrates the disease’s multifactorial nature. Gokal notes that his Asian heritage probably played a part, as does family history: Gokal said all four of his grandparents, his father and several aunts and uncles had diabetes.

With the diagnosis, “I made some very big changes,” Gokal said, including cutting almost all sugars from his diet. Similarly, “I do love bread and pasta, but I significantly cut down on those as well.”

“I rarely if ever use potatoes or rice in my cooking,” he added.

“It’s not been a difficult thing. At this stage, there’s nothing I crave,” he said, adding that he’s “lost enjoyment” of carbohydrate- and sugar-laden foods.

The dietary changes were mostly “small changes,” Gokal added. “I still enjoy eating and cooking and still get pleasure out of it.”

For most persons with prediabetes, diet and exercise changes will be the first-line prescription.

“There are medications that can be used to treat diabetes in certain cases (that) can be used for prediabetes,” Gokal said, but lifestyle changes can “have significant impact on blood sugar levels and do aid in preventing onset of diabetes.”

Nguyen said dietary changes typically include reducing sugar and carbohydrates in the diet, switching to more whole grains, incorporating more vegetables and avoiding sugary beverages, even low-calorie ones. And, she added, “definitely look at portion size.”

Then, people with prediabetes should increase daily physical activity. “If somebody is less active, you’re more likely to risk (diabetes) and certainly have more difficulty controlling it,” Gokal said.

The U.S. Centers for Disease Control and Prevention recommends that adults get at least 150 minutes of activity weekly. “Start small and build up,” Nguyen said. “Make sure to do aerobic exercise” that causes breathing to increase, choose an activity you enjoy and participate with others for motivation.

Even small changes can have “a significant impact” on reducing the chance that prediabetes will become diabetes, Gokal said, and the arrival of the holiday season makes this “a good time of year to put that forward.”