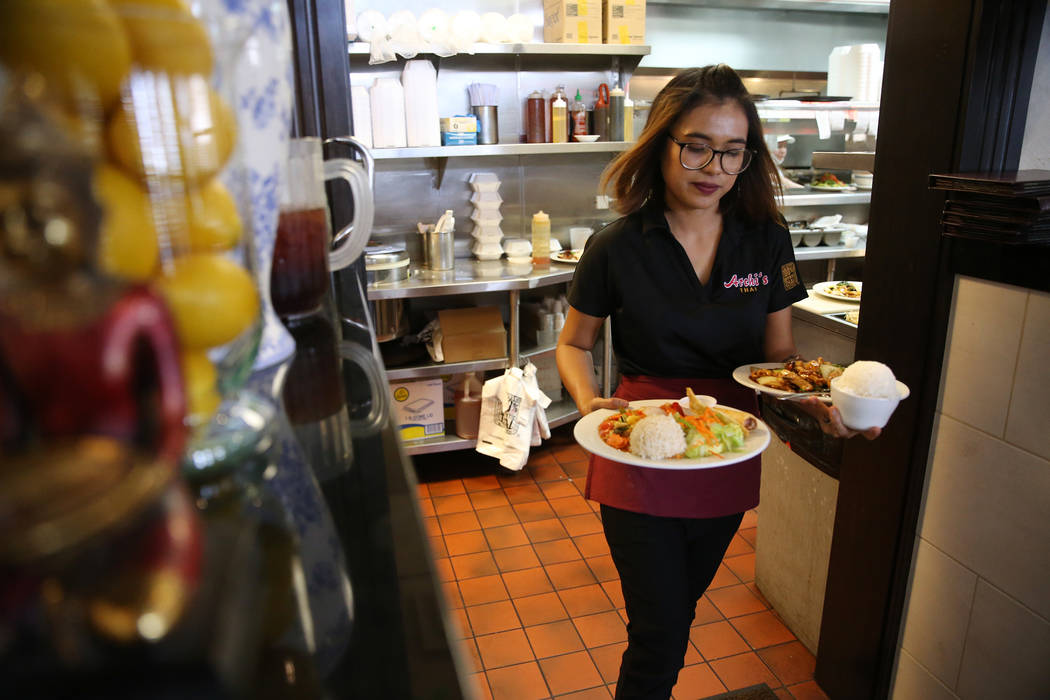 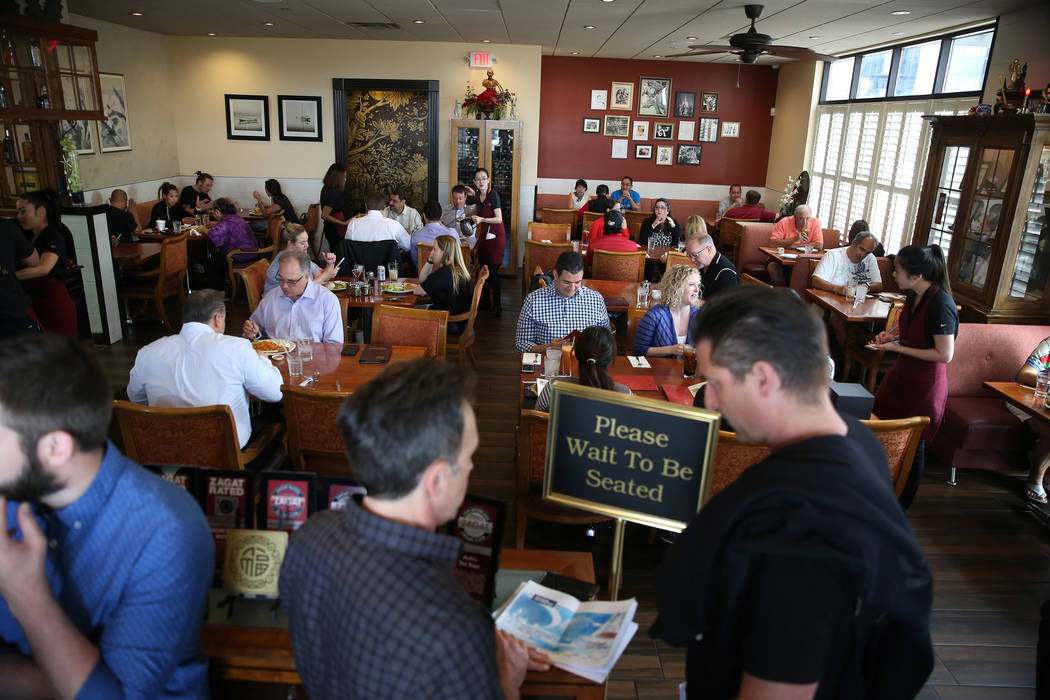 Customers wait in line to be seated during lunch at Archi's Thai Bistro in Las Vegas, Thursday, May 16, 2019. (Erik Verduzco/Las Vegas Review-Journal) @Erik_Verduzco 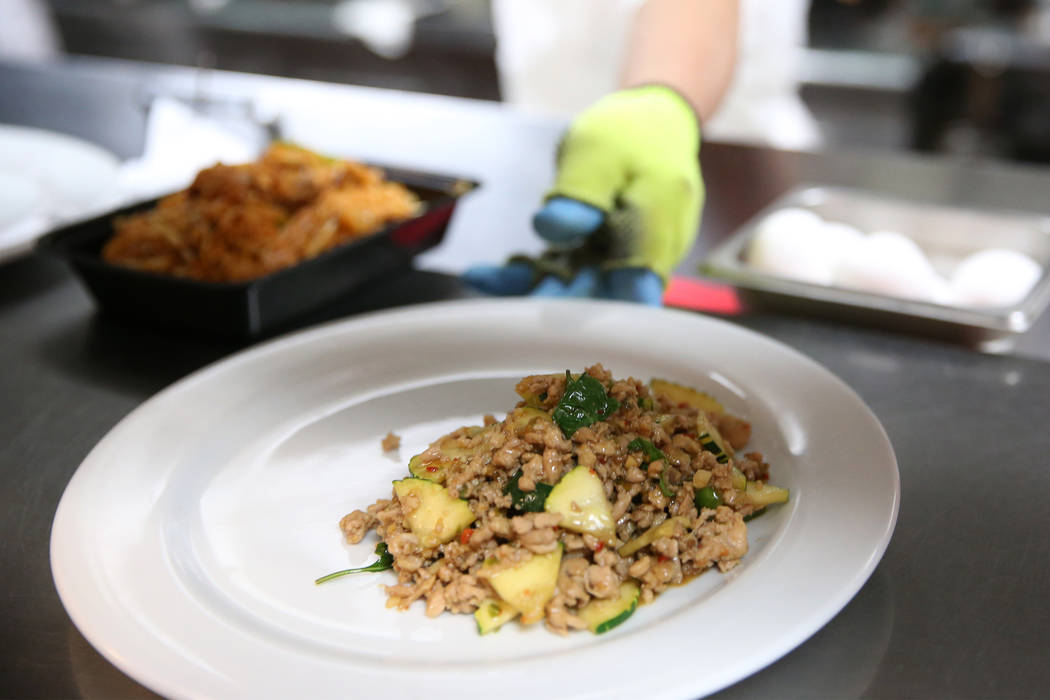 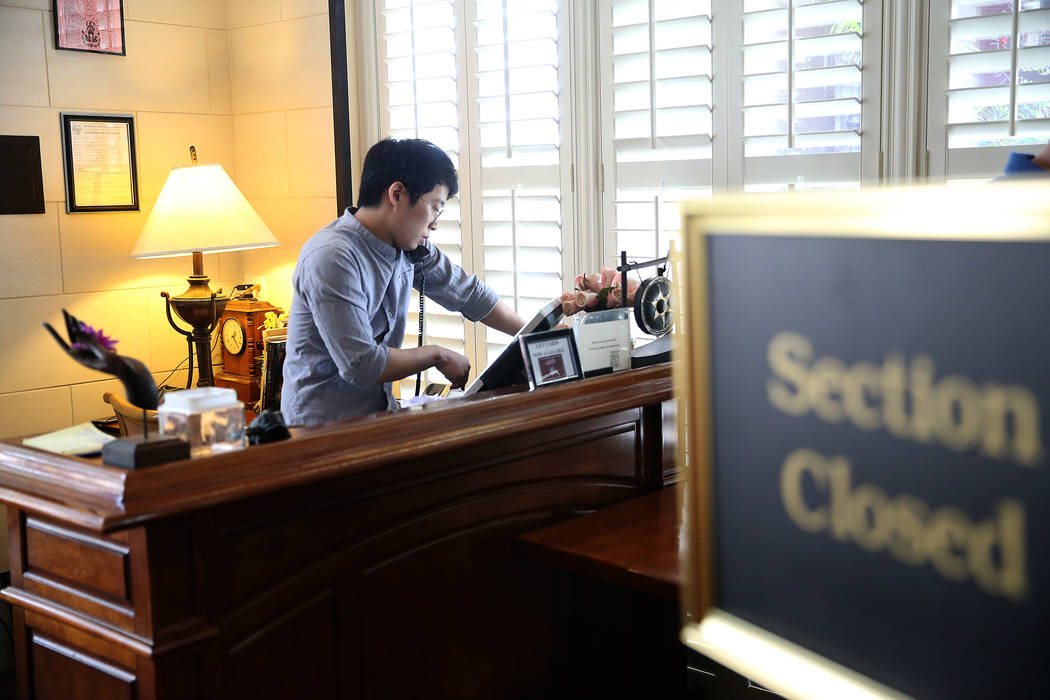 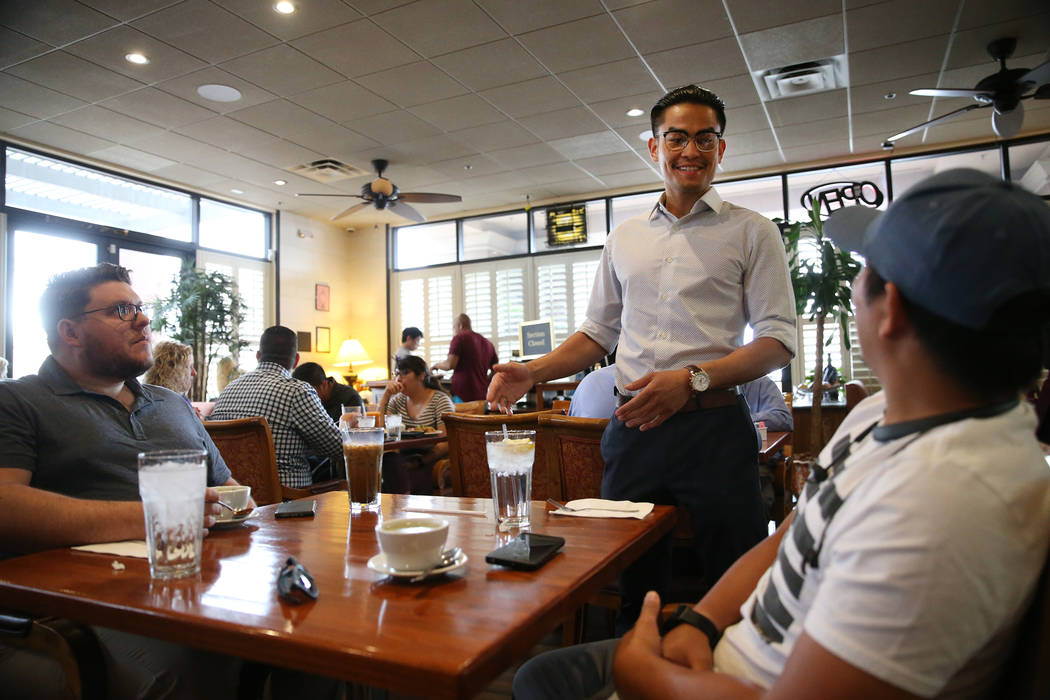 It’s growing crowded inside the Shrine of Our Lady of La Vang in Las Vegas.

What began in 2000 as a few dozen Vietnamese Catholics gathering at local homes on Sundays has flourished into a church with a growing campus and native-language Mass every day.

Across three Sunday services, some 1,500 people crowd into the low-ceilinged chapel near Pearl Street and Tropicana Avenue. A mix of immigrants, refugees and U.S.-born residents pack pews and overflow into rows of blue folding chairs placed in an adjacent kitchen and hallway.

“Right now we have over 200 youth that have activities here every Sunday,” said Tuan Pham, a Vietnamese-American immigrant and the church’s event coordinator. “The growth of the community is so big.”

The same can be said across the board for Asian-Americans, Clark County’s fastest-growing racial or ethnic group.

According to the latest Census estimates, more than 220,000 Asian-Americans live here today — triple what the population was at the start of the millennium. Most Asian-Americans living in the county were born overseas, and thousands more immigrate to the Las Vegas Valley every year, many of whom are choosing to settle in the valley’s rapidly developing southwest quadrant.

The growth has heavily relied on an influx of Filipinos, who comprise more than half the county’s Asian-American population. Chinese-Americans make up a distant second with about 29,000 residents.

National Federation of Filipino American Associations trustee and Henderson resident Amie Belmonte said Southern Nevada’s low cost of living, business-friendly tax climate and sunny weather have drawn a mix of retirees and working professionals. Many Filipinos living in Hawaii and California have relocated to Southern Nevada to escape skyrocketing housing prices, while others have come directly from the Philippines after being recruited by local hospitals and the Clark County School District to address local shortages of nurses and special education teachers.

Some become charmed after a single visit to the area, Belmonte said. She and her husband have been joined by nearly 100 of their Filipino friends and family since they moved to Las Vegas in the mid-90s.

“They come here for a reunion, and next thing they’re moving here,” she said.

The influence of Filipinos and other Asian-Americans on the county is readily apparent.

County election materials are printed in Tagalog, a language widely spoken in the Philippines, in addition to English and Spanish.

There is an Asian Culture TV channel produced and broadcast locally. Community newspapers are published in Mandarin, Korean, Thai and Tagalog, a language widely spoken in the Philippines. Roughly 12,000 Asian-language books, movies and CDs are circulated by the Las Vegas-Clark County Library District.

The number of Asian-owned small businesses in Nevada grew by about 5,000 in the past five years, Las Vegas Asian Chamber of Commerce President Sonny Vinuya said.

More than 300 of them are located in Clark County’s Chinatown retail district, a 3-mile stretch of Spring Mountain Road west of the Strip. The corridor, laden with restaurants packed into strip malls, offers a culinary journey spanning spicy Indian curries, sour Korean kimchi, savory Japanese ramen and well beyond.

“It should be called AsiaTown really,” Vinuya said. “Here, everybody is represented.”

The district’s roots trace back to the opening of Chinatown Plaza in 1995. Taiwanese immigrant and businessman Henry Hwang founded the shopping center with hopes that restaurants and supermarkets selling authentic Asian food would attract tourists from the Strip. His ornate two-story building, decorated with an entry gate and curved roof made of imported porcelain tiles, remains popular among vacationers and locals.

But collections of Asian-owned small buisnesses have cropped up elsewhere. In the booming town of Enterprise in the southwest Las Vegas Valley, Asian supermarkets, bubble tea shops and other restaurants have opened on Rainbow Boulevard near the 215 Beltway. About 1 in 5 residents of the town are Asian-American, according to Esri, a location intelligence company.

During lunchtime on a recent weekday, local office workers filled Archi’s Thai Bistro. Founded in Summerlin by a Thai immigrant and former taxi driver in 2002, the restaurant now has three locations serving authentic Thai dishes that are crafted with a traditional balance of citrus, chili and fresh herbs and attract customers beyond the Asian-American community.

“People are more sophisticated now with the food,” said Ronnakon Silpasuvun, who inherited the restaurant from his father. “You won’t get away with just serving ‘New York style’ Chinese food anymore. … They’re searching for, looking for a more authentic experience.”

Organizing at the polls

Representation in elected office is one facet of local life in which Asian-Americans have yet to be well represented.

Only one state lawmaker, Assemblywoman Rochelle Nguyen, is Asian-American. Henderson City Councilwoman Gerri Schroder is the only Asian-American to serve on a local city council in Clark County.

Schroder, a Japanese-American whose final term ends in June, said the trend is concerning.

“If you’re not at the table, you’re on the menu,” she said. “In the state Legislature and on the city council we’re making decisions that affect people’s lives every day.”

Advocacy groups are working to unite Asian-Americans and Pacific Islanders into a well-organized political force.

It can be an uphill battle, said Nia Wong, spokeswoman for the Asian Community Development Center in Las Vegas.

Some Asian-Americans don’t speak English well, Wong said. Others have grown up believing they would be better served to work hard, lead private lives and not trust in the government.

“We have to consider cultural, linguistic and historic issues when it comes to approaching these different groups,” Wong said.

The efforts seem to be working.

Candidates for state and national office are more often including visits with Asian-American organizations when they make the rounds in Las Vegas. Two years ago the Legislature voted to recognize May 18 as Asian Culture Day.

Early voter turnout among Nevada’s Asian-Americans and Pacific Islanders more than tripled from the 2014 to 2018 midterm elections, according to statistics published by the advocacy group One APIA Nevada.

“We’re telling them don’t be silent because our population has grown significantly,” Wong said. “We’re becoming a bigger piece of the pie in Nevada, and we shouldn’t be afraid.”