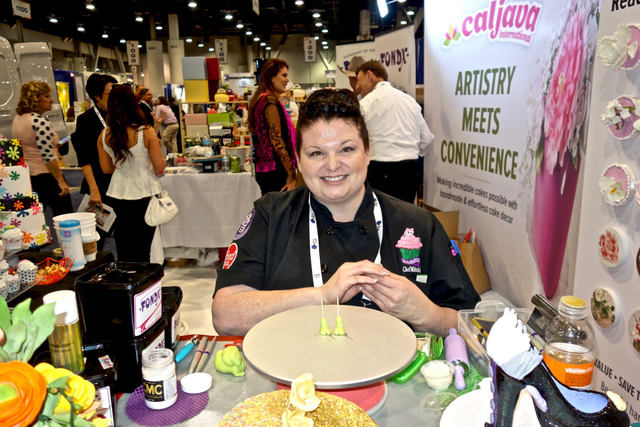 Michelle Curran was a featured cake designer at the Caljava International Inc. booth at the 2016 International Baking Industry Exposition held at the Las Vegas Convention Center in October. Special to View 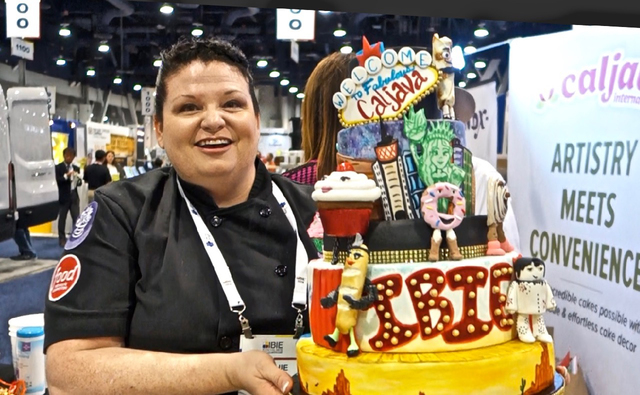 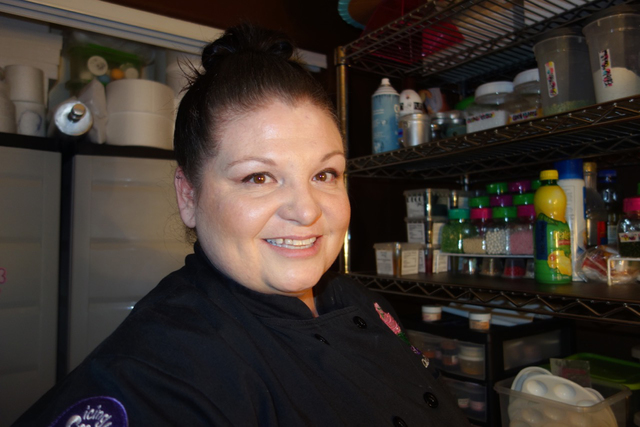 Michelle Curran is seen here in her home workspace at her North Las Vegas home. Special to View 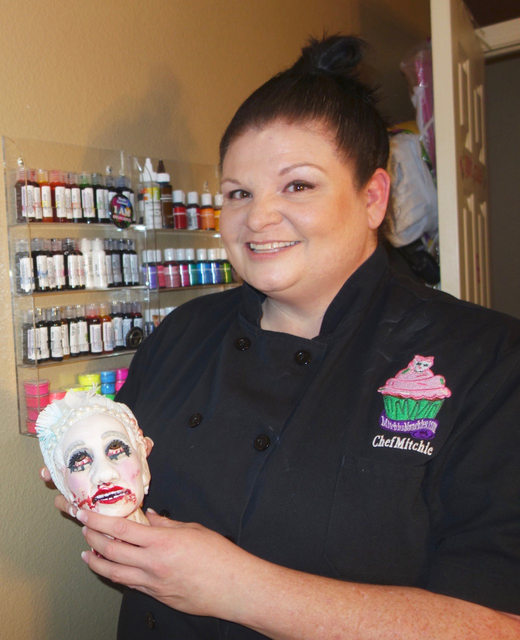 Michelle Curran shows off her version of Marie Antoinette's head, part of a cake she produced for a local Halloween party. The full body was decorated to look like a gown. Included in the presentation was a 3-foot-tall gallows that appeared to cut off her head. Special to View 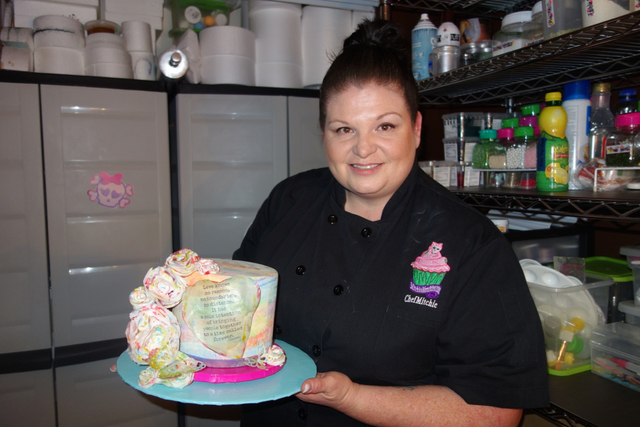 Michelle Curran displays one of her cakes. Special to View

She decorates multi-tiered themed cakes that realistically depict a wide range of things, such as cartoon characters and the beheading of Marie Antoinette — to whom the dismissive phrase “Let them eat cake” was attributed amid famine in the French queen’s country, although historians dispute that.

From her home in North Las Vegas, Curran has provided cakes for celebrities, private parties, country clubs, conventions and nightclubs.

It started in 2010 after she attended her first International Baking Industry Exposition in Las Vegas. She taught herself how to sculpt baking materials, paid for technique classes and watched many tutorials.

She obtained a local share in a kitchen and had access for eight hours a week, which cost her money in her first year. She learned that several states permitted “cottage businesses” where a home food business, with lower overhead, could be licensed and regulated.

Curran started a petition to allow similar licensing in Nevada. She later joined with like-minded entrepreneurs and eventually worked with state Sen. Aaron Ford, leading an effort to add the definition of a “cottage food operation” to Nevada law.

Curran testified before several legislative committees. The new definition took effect July 1, 2013, giving Curran the option of having a home-based food-preparation business. She proudly shows her license and permit from the Southern Nevada Health District and the city of North Las Vegas.

Curran converted a guest room into a workspace with a sign on the door, vinyl flooring, a refrigerator, a freezer, shelves for supplies, work tables and a wall collection of food-color paints.

Born and raised in the Atlantic City area, Curran grew up loving the idea of cooking and baking. She collected recipes from her mother’s Woman’s Day magazine and hid under a kitchen table to watch her grandmother cook and bake. At age 10, she started cooking on her own. By 12, she hosted a dinner party.

Curran, who said she was raised by a single mother who taught her the value of money, held three jobs while attending college in New Jersey and paying for braces. To earn more money, she baked cookies and brownies for friends.

After moving to Las Vegas 20 years ago to join her mother and sister , Curran graduated with a degree in business management at UNLV.

She said she was a server, a movie extra, a voice-over talent and even a stand-up comedian. Wanting stability, she went to work as a billing-accounts manager for a local dental management company. She met her husband, Jason, a state trooper.

“For work, I was willing to try anything in Las Vegas, and I did,” Curran said.

Curran turned to the Food Network to learn new skills and said she was featured on the network once.

Curran markets herself on social media, in publications for bakers and at events around the Las Vegas Valley. Her schedule has been full. At this year’s Baking Industry Exposition , Curran was hired to provide a cake and demonstrate cake decorating for Caljava International , a cake decorating supply company. She also provided decorated cakes for several exhibitors at the show. She said that this year, she created a cake for Play Management’s Daylight Beach Club and actor/comedian Kevin Hart’s bachelor party/birthday celebration. After the first of the year, Curran will pass along her cake-decorating tips to “cakies” in Phoenix and San Diego. 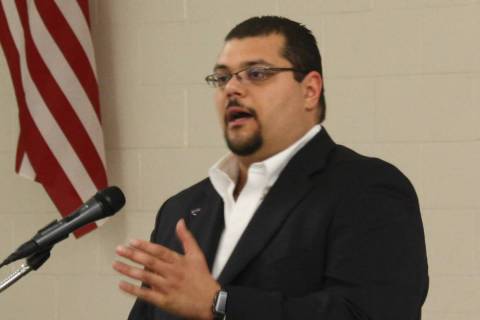 “Arrangements were made with his attorney for him to turn himself in at 5 p.m. and he failed to honor that agreement,” the Nye County Sheriff’s Office said. 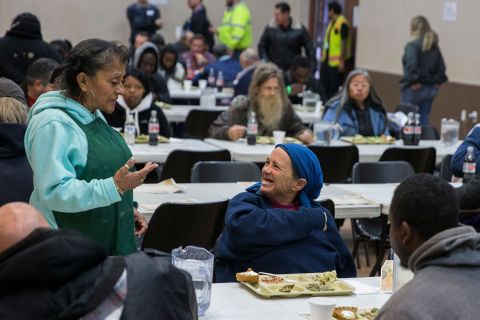 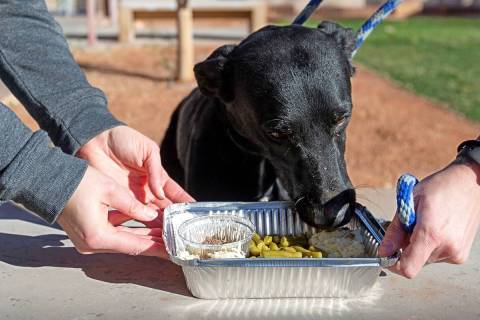