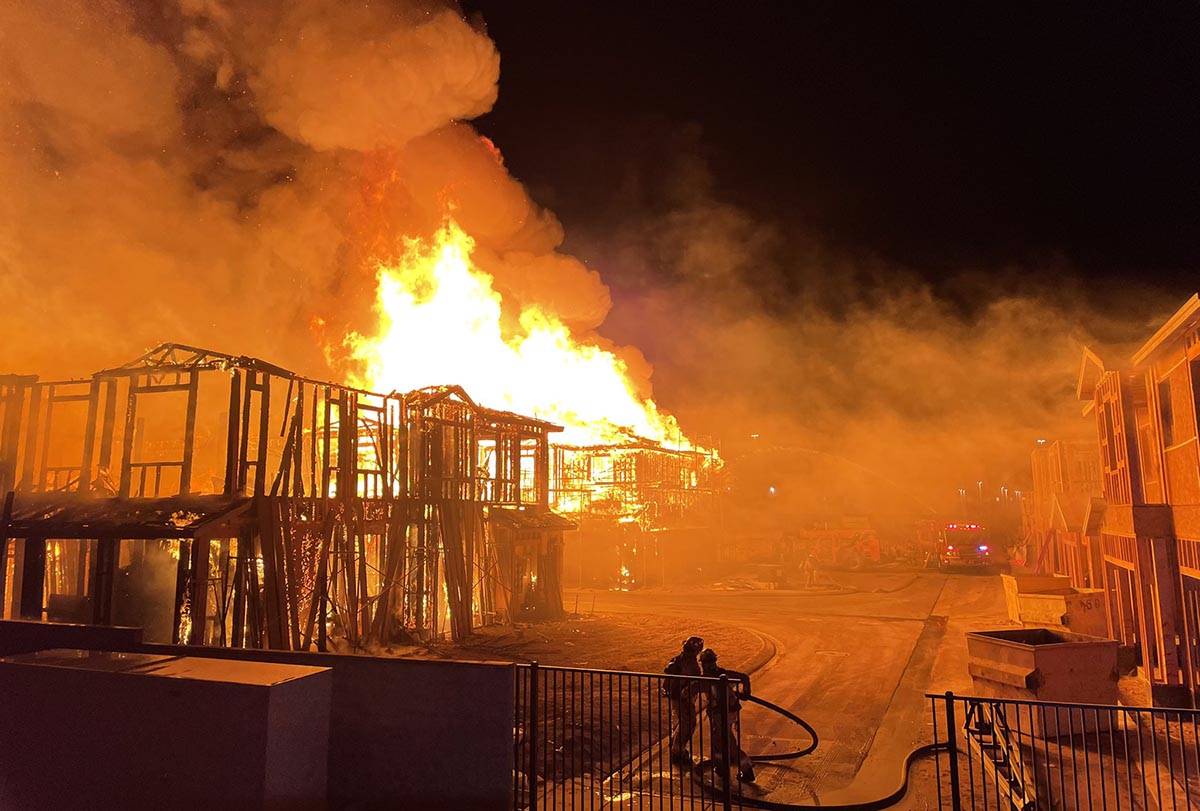 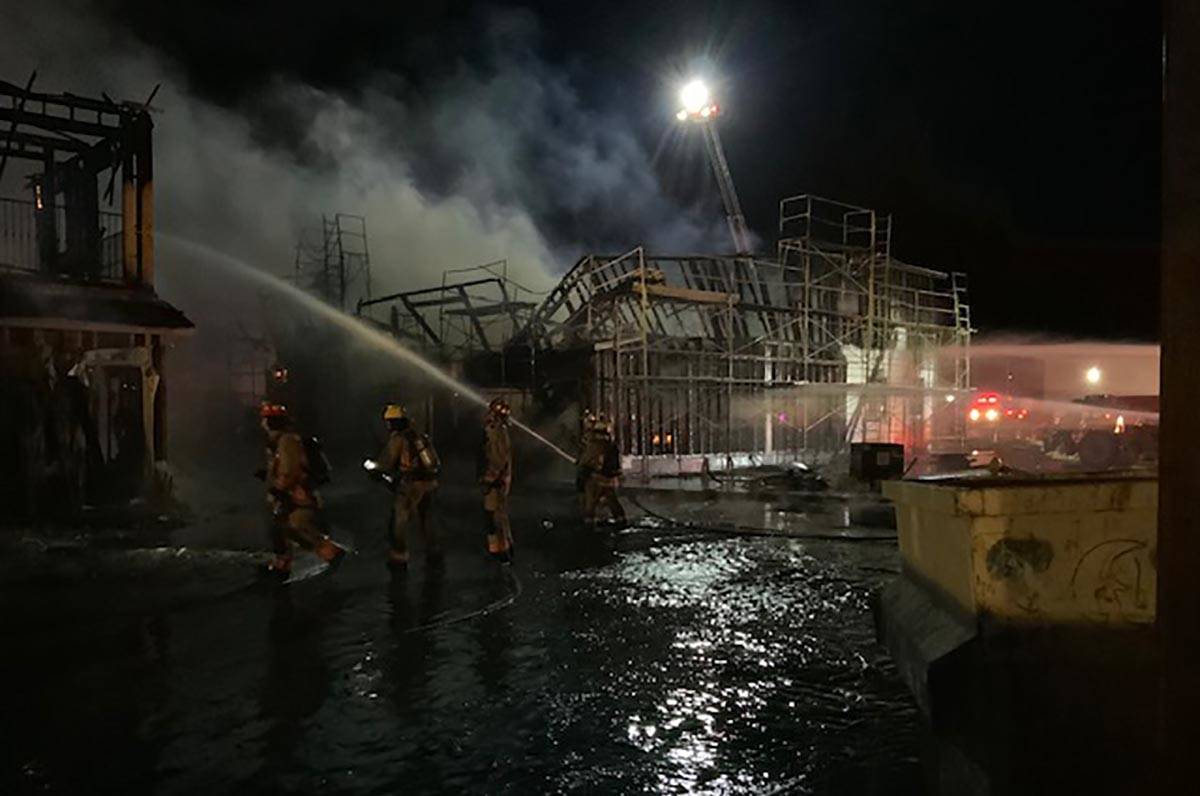 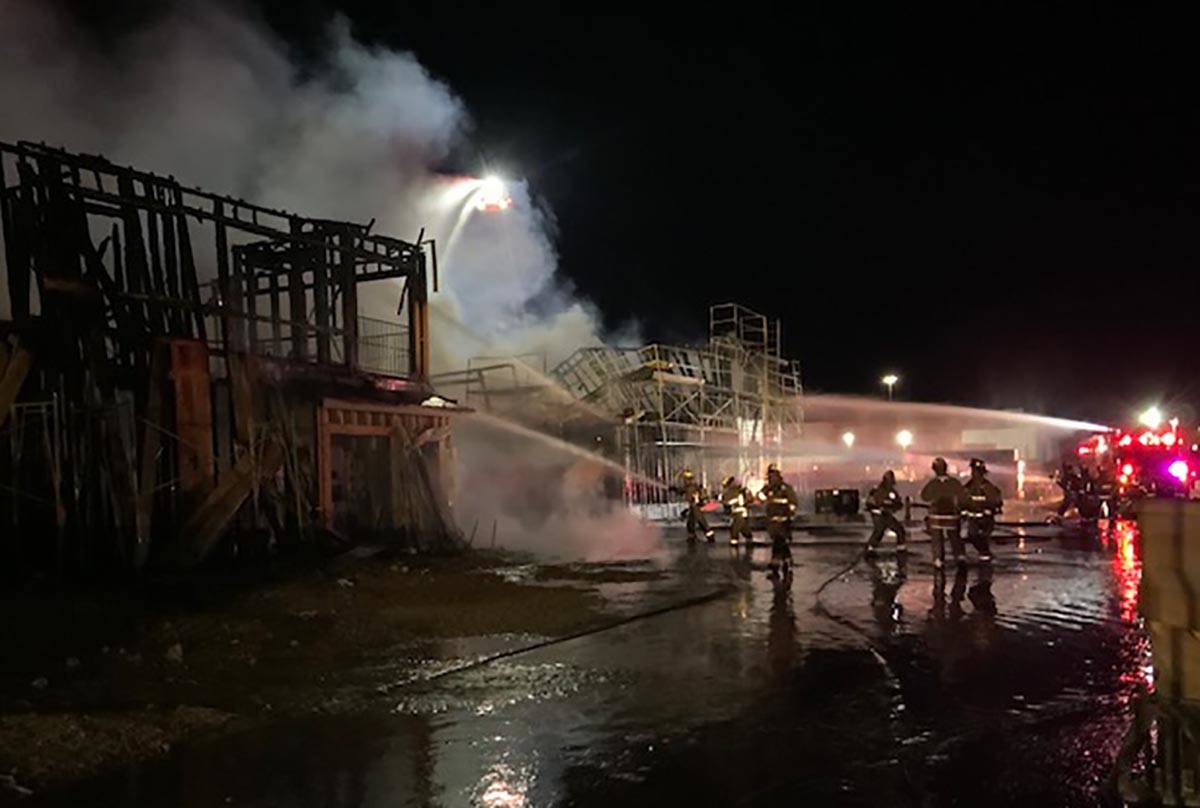 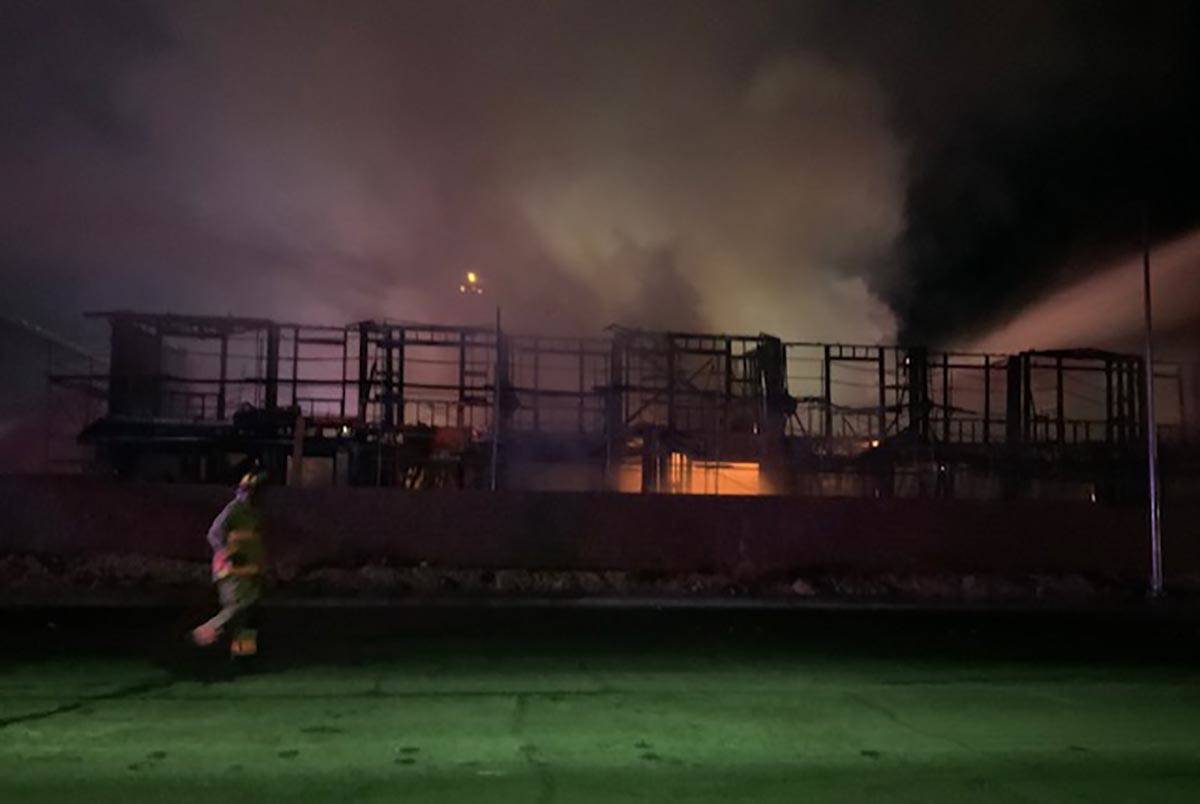 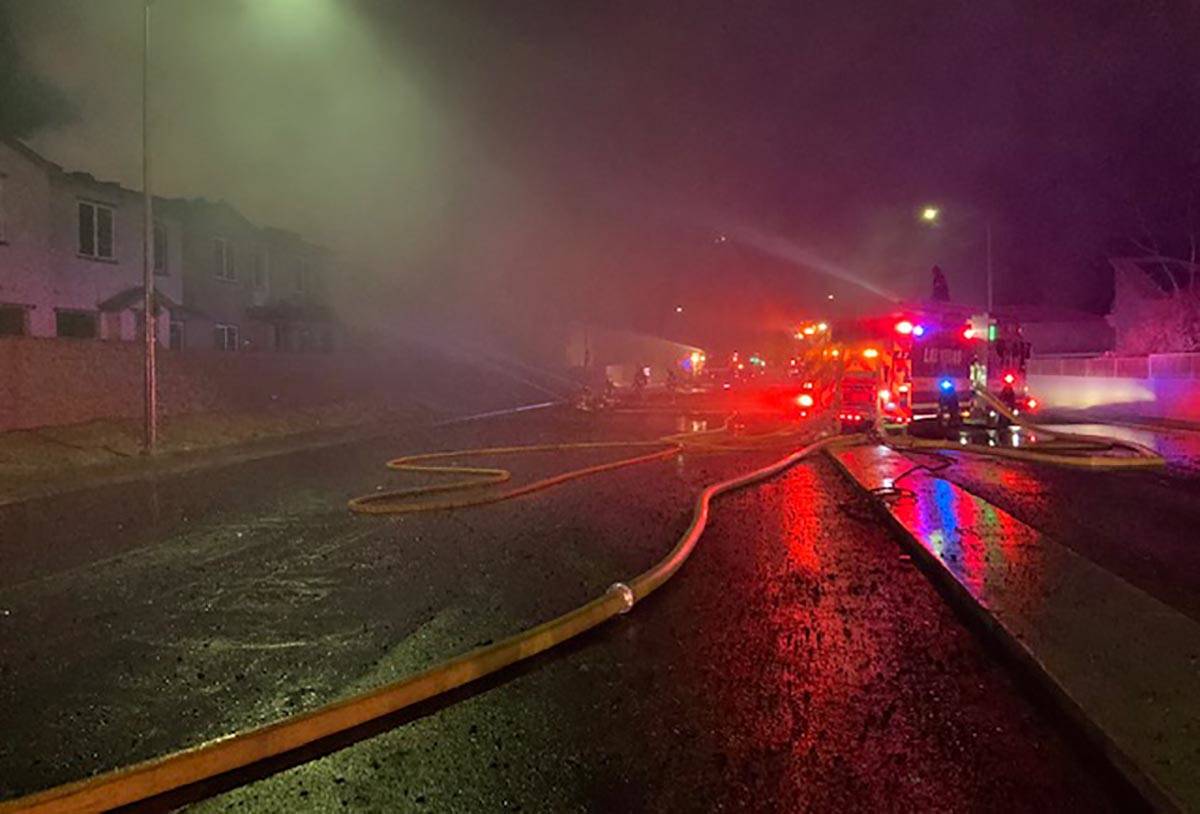 A large fire broke out in condominiums under construction overnight in northwest Las Vegas.

Spokesman Tim Szymanski said at 12:21 a.m. the Las Vegas Fire Department was called to the blaze at the construction site at the Winslow Condo Community at 5730 Sky Pointe Road, near North Tenaya Way.

There were road closures in the area due to the fire response. Szymanski said there were no injuries and that the crews were “doing great” in putting out the blaze.

Later in the morning, Szymanski said more than 65 fire personnel responded to the scene and that the cause of the fire was under investigation.

“When firefighters arrived one two-story building, which was in the framing stage, was heavily involved with fire and advancing toward other buildings not involved,” Szymanski said. “A second alarm was then dispatched to send more personnel to the scene.”

Damage assessments were still being made and firefighters were waiting until sunlight to assess all the damage.