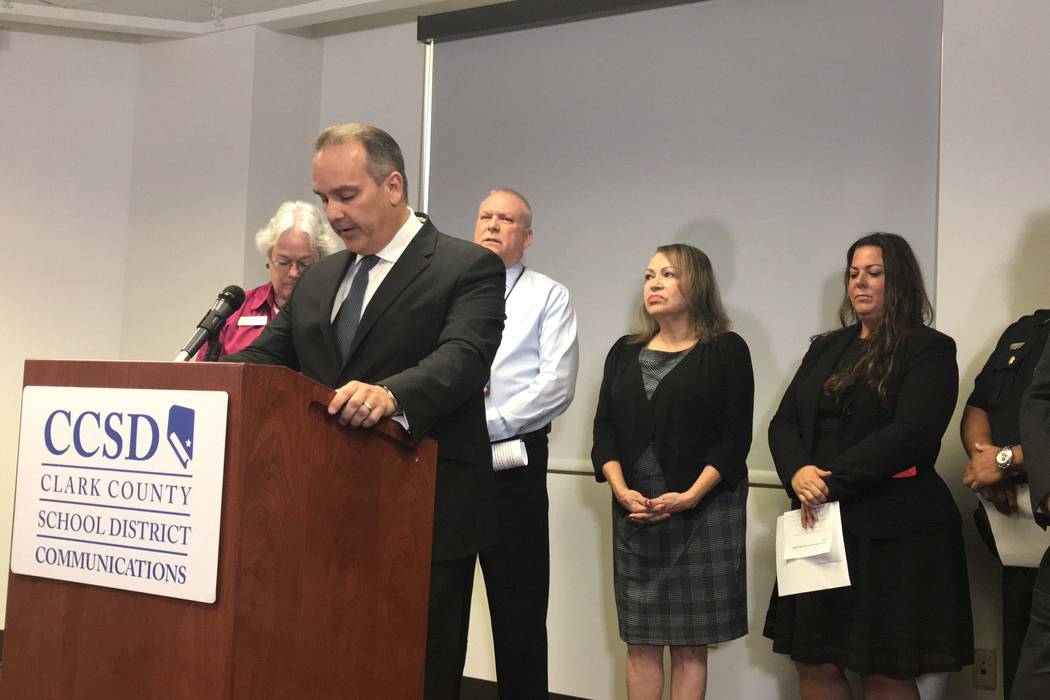 These are among the 27 recommendations unveiled Wednesday by a Clark County advisory committee to make school campuses safer in the wake of an alarming number of gun seizures this year.

The advisory committee, made up of parents, staff members, a state assemblywoman and police officers, presented its suggestions to the Clark County School Board on Wednesday. It did not include any estimates of what the recommendations would cost.

Strengthening community awareness is also a strong part of the proposal.

Both the committee and Jara want to expand the anonymous SafeVoice reporting system into a communitywide “see something, say something” program.

The committee also suggested launching a campaign to promote responsible firearm storage — a timely idea after a 9-year-old brought a gun found at home to Helen Smith Elementary in September.

“Responsible gun storage is such a critical piece of keeping our kids safe,” Jenny Gentleman, a parent on the committee, said at the School Board meeting Wednesday. “It’s a no-brainer. It’s an easy ask, and it impacts the community as a whole.”

So far this school year, 11 guns have been confiscated on campus, compared with 13 total confiscations in 2017-18.

Jara announced the creation of the committee in September, just two days after the fatal shooting of a Canyon Springs High School student on campus.

The district will review the costs of the superintendent’s recommendations and possibly include them in its next budget.

Officials are also working to advocate for safety funding in the next legislative session.

“We need to put at least four to six, maybe eight officers (there),” he said. “Because we do have a gang problem in Las Vegas, and it’s getting bad.”

But one parent who spoke at the session said the suggestions don’t go far enough.

Jennifer Robertson argued for better security for portable classrooms, which her children are in throughout the day.

“I feel like I’m putting them in a tin can,” she said. “If there is an active shooter at my kids’ school, hoping that they make it into the (main) building is not OK. The portables need to be addressed.”

Another speaker said the recommendations go too far.

Rex Reed of the American Civil Liberties Union of Nevada said it is against additional school police officers, arguing that it brings more students into conflict with police and staff.

“Ultimately, a lack of trust will result in reluctance to report issues to school staff and will only cause our schools to be less safe,” Reed said. “Furthermore, students of color and students (with) disabilities are disproportionately harmed by armed personnel in school.”