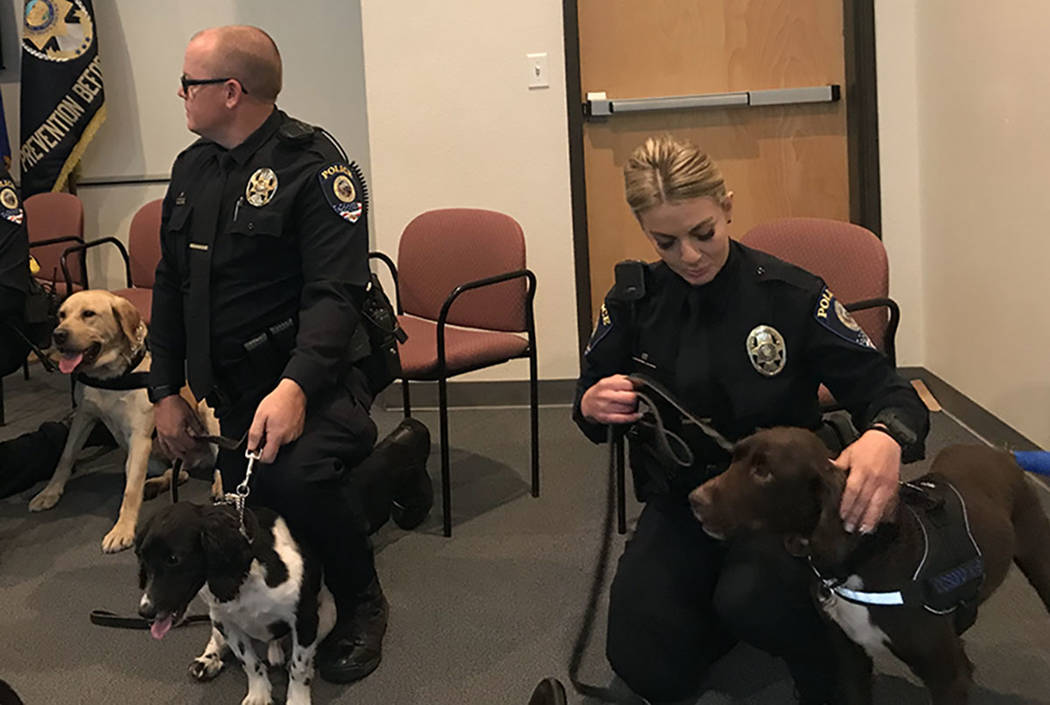 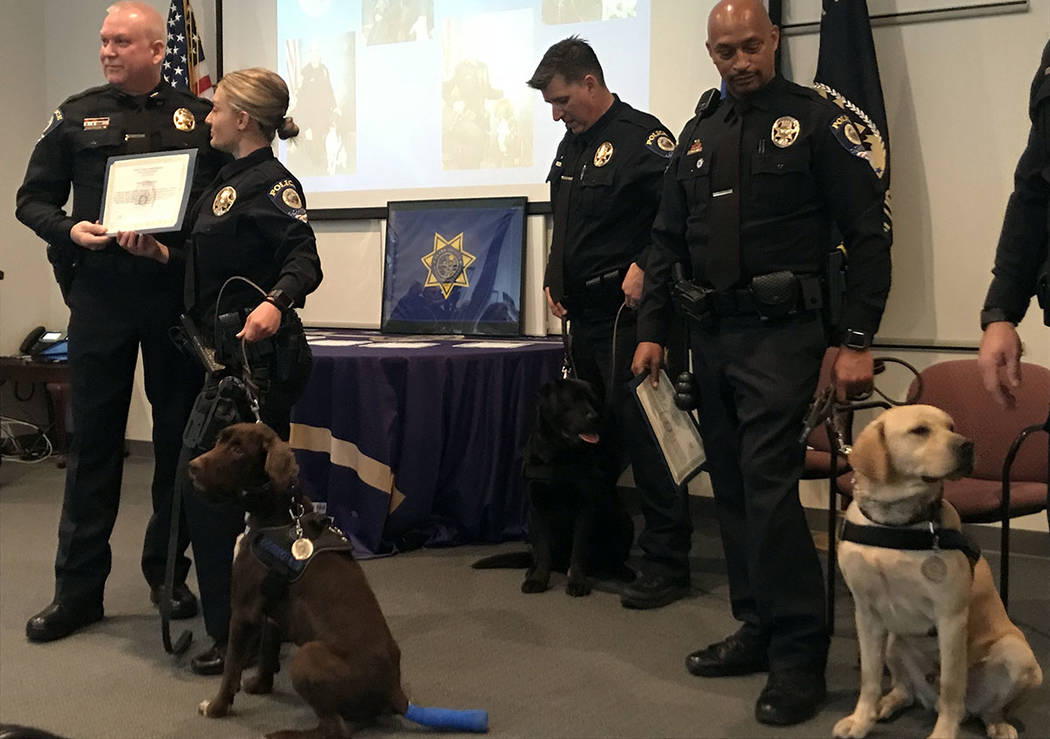 The Clark County School District Police Department has four furry new officers with a talent for sniffing out guns.

The district announced in October that school administrators would begin conducting random searches for weapons at all of its middle and high schools. The K-9 unit also was launched in October.

Police dogs are “far more effective” than random searches, Ketsaa said, because they can search a wider area without being intrusive or violating students’ Fourth Amendment rights.

In December a Clark County advisory committee unveiled recommendations to make schools safer for students, including the introduction of eight K-9 units trained specifically to search for weapons, not drugs or other materials barred from campus.

He endorsed the K-9 program when it was recommended and said on Thursday that he believed the dogs could help bridge the gap between officers and students who are hesitant to speak to police.

“The kids get an opportunity to meet the dogs, kind of pet them and love on them,” Harris said, “and the dogs love it.”

He said students who would not approach officers were eager to walk up and ask questions about the dogs.

Jara’s five-year strategic plan for making improvements in the school district also includes “wraparound services” like social workers to increase the number of students who report feeling safe at school.

As of Thursday, school police had found 15 guns on Clark County campuses this school year — 12 brought in by students and three by adults. K-9 units performed random searches at 13 schools as part of their training but did not find any guns.

Ketsaa said the dogs cost the department between $10,000 and $15,000 each to acquire and train, including extra costs like housing and veterinary services. The money came from the department’s general budget, he said.

The department acquired the dogs shortly after Christmas, and officers spent about four weeks training with them before they could go to work. Handlers have to learn each dog’s personality and how it communicates that it has found something.

Harris said the dogs are trained to sniff out guns, ammunition and spent casings. Dogs like his partner, Ziggy, also can smell gun oils and post-blast residue, the substances left over after a gun is fired.

The dogs’ noses are so sensitive that they can smell a piece of cloth that has been exposed to those scents from inside the back of a locker, Harris said.

Ketsaa said the department could add more dogs to the unit if the program is successful.

“It’s wonderful to know that we can keep the kids safe,” Harris said. “We see what these dogs are capable of.”