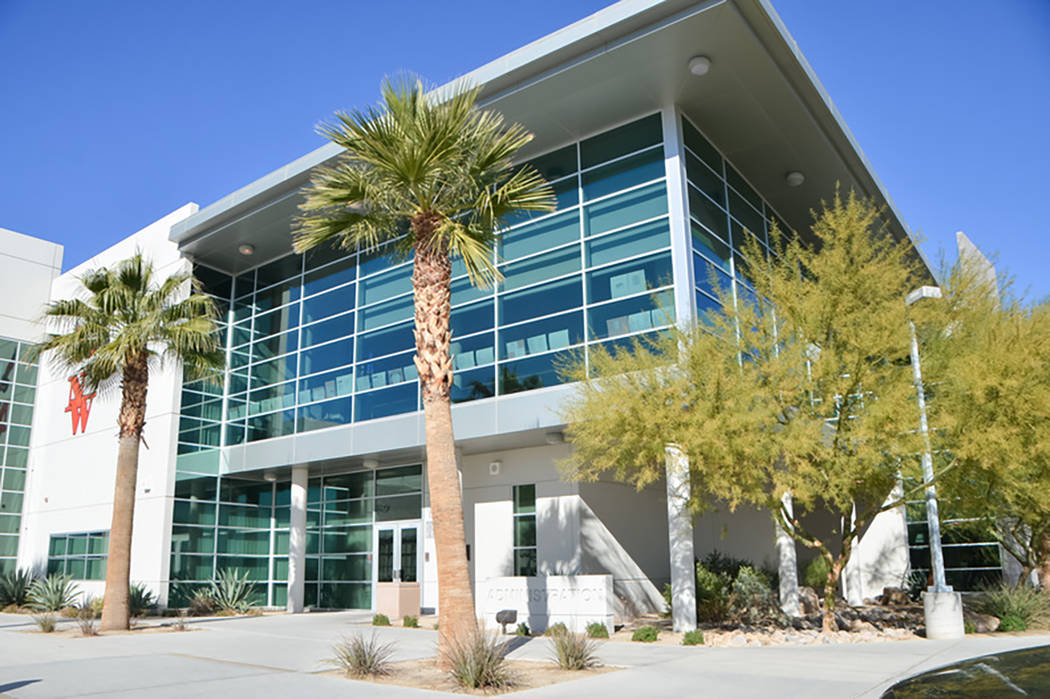 The teacher — whose transgression was discovered by students — was removed from the classroom at the Las Vegas magnet school later that month and was sent a termination letter on Dec. 12, according to the district. The teacher fought that decision, which was not made public at the time, as soon as he got the dismissal letter, filing a grievance that went to arbitration.

An arbitrator last week upheld the teacher’s termination, the district confirmed when asked about the case by the Las Vegas Review-Journal.

“We can’t have people like that in our classrooms,” Superintendent Pat Skorkowsky said Wednesday at a public meeting where he mentioned the incident, which he said occurred on a school computer while students were present.

District spokeswoman Kirsten Searer said Tuesday that she could not release the teacher’s name because there were no criminal charges involved, but an attorney for the teachers union, the Clark County Education Association, identified the instructor as Daryl Slade.

Reached by phone on Tuesday, Slade said he intends to fight the arbitrator’s decision.

Appeals of arbitration decisions are typically held in District Court, where parties can choose to lobby for vacating the decision.

District regulations forbid staff and students from improper use of the district’s technology networks, including displaying offensive messages or pictures.

The district said in a statement that it expects educators to provide an “appropriate learning environment at all times” for students.

“The facts of the case appeared clear to us, which is why we pursued termination,” Searer said. “The Clark County Education Association chose to appeal to arbitration, which cost their union members and our school district thousands of dollars. We are glad to have prevailed in this case.”

The Las Vegas Review-Journal’s recent Broken Trust series on employee sexual misconduct in the school district highlighted employee unions as a contributor to the problem by protecting those accused of misconduct.

In this case, the local and state teachers unions both are blaming the other for the decision to appeal the teacher’s firing.

Michelle Kim, an attorney for the Clark County Education Association, said that the Nevada State Education Association handles dismissal cases such as this one. Though the local union may be listed as representing the teacher in arbitration documents, she said, the state organization decides whether to take on such cases and funds the representation.

“To take on a case like that, it makes arbitrators think this is what CCEA’s about,” Kim said. “And NSEA doesn’t have to worry about that.”

But Brian Lee, executive director of the Nevada State Education Association, said the organization didn’t handle the case. Although the group pays part of the attorney costs, the decision on whether to pursue the case to arbitration came from the local union, he said.

The two unions have been locked in a public feud, as the local union has attacked its parent group for failing to adequately advocate for teachers.