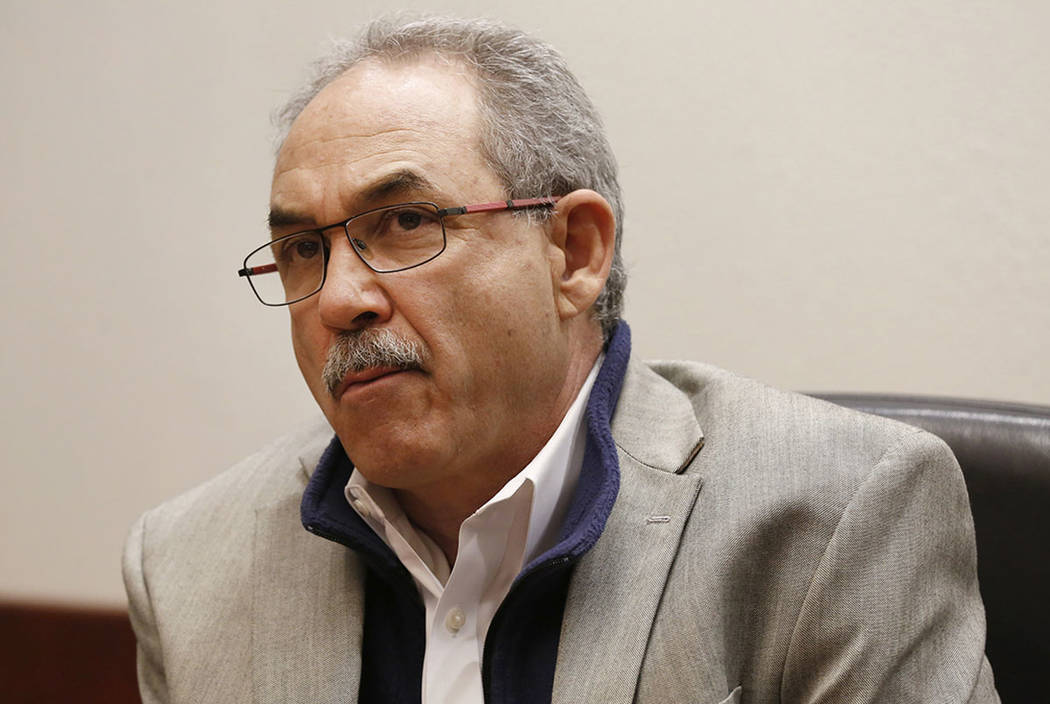 A new report by the Clark County teachers union advocates that state lawmakers allow local school districts to raise extra money on their own to support education.

The 22-page paper was released last week by the Clark County Education Association, ahead of the 2019 legislative session. The paper recognizes the progress made in education funding over the last five years, but it says students can’t wait for an overhaul of the state funding system and that steps should be taken now to allow local funding opportunities.

“We believe that local funding should come with strong accountability measures to ensure new revenue is spent on proven intervention strategies to advance student achievement,” the paper says. “And we believe Nevada’s students can’t wait for a lengthy and expensive overhaul of the Nevada Plan.”

Right now, local school districts do not have the power to raise taxes on their own to supplement education.

All the tax money slated for education funds is collected and contained in one account at the state level, called the Distributive School Account. That account is then parceled out to the 17 school districts in the state based on a decades-old formula that most education advocates agree is outdated and no longer serving Nevada students.

But changing the formula is seen as a long slog for lawmakers, and it may not be overhauled in one 120-day session. That’s why the union wants to allow local revenue to come into play while the state formula is changed over time.

Some other states, including Florida, allow school boards to put a measure on the ballot, asking to increase taxes for education. That’s not the case in Nevada.

But the union report says lawmakers could pass a bill authorizing counties to raise a combination of revenue sources to a certain limit based on the authorization of the Clark County Commission, voters or both. The state has done this twice before in its recent history, both times benefiting construction projects in Washoe County schools.

John Vellardita, executive director of the Clark County teachers union, said it purposely shied away from advocating for any single type of tax — because that then becomes a political discussion, not a policy discussion. But he held firm that any increase in taxation should be approved through a vote by the community.

“Voters, the public, the community should be the ones to decide,” he said.

A question of equity

But the proposal doesn’t come without caution. Michelle Booth, spokeswoman for Fund Our Future, said she’s worried that allowing local entities to raise their own taxes would cause inequities statewide. The Fund Our Future coalition formed earlier this year in an effort to educate and raise awareness about Nevada’s funding.

Nevada’s current funding formula builds in a wealth factor, meaning poorer districts get more money on a per-pupil basis from the formula than wealthier districts, in order to provide an equitable education.

Booth said the idea of raising money locally could have some potential, but it has to be done cautiously to avoid creating inequities.

Vellardita said he understood why some people claim the proposal would create inequities, but he said it’s not fair to punish Clark County students because White Pine can’t raise the same amount of money.

Robert Fellner, director of policy for the Nevada Policy Research Institute, was critical of the proposal, saying the school district already receives money from local sources, primarily property taxes. He said education reform, not more taxes, should be the priority.

“Their No. 1 objective is increasing revenue for themselves,” Fellner said of the teachers union and school district. “… It’s difficult to justify their desire to raise taxes when the teachers union is trying to kill education efforts like (school-choice programs) that work and cost less than what goes to the public school system.”