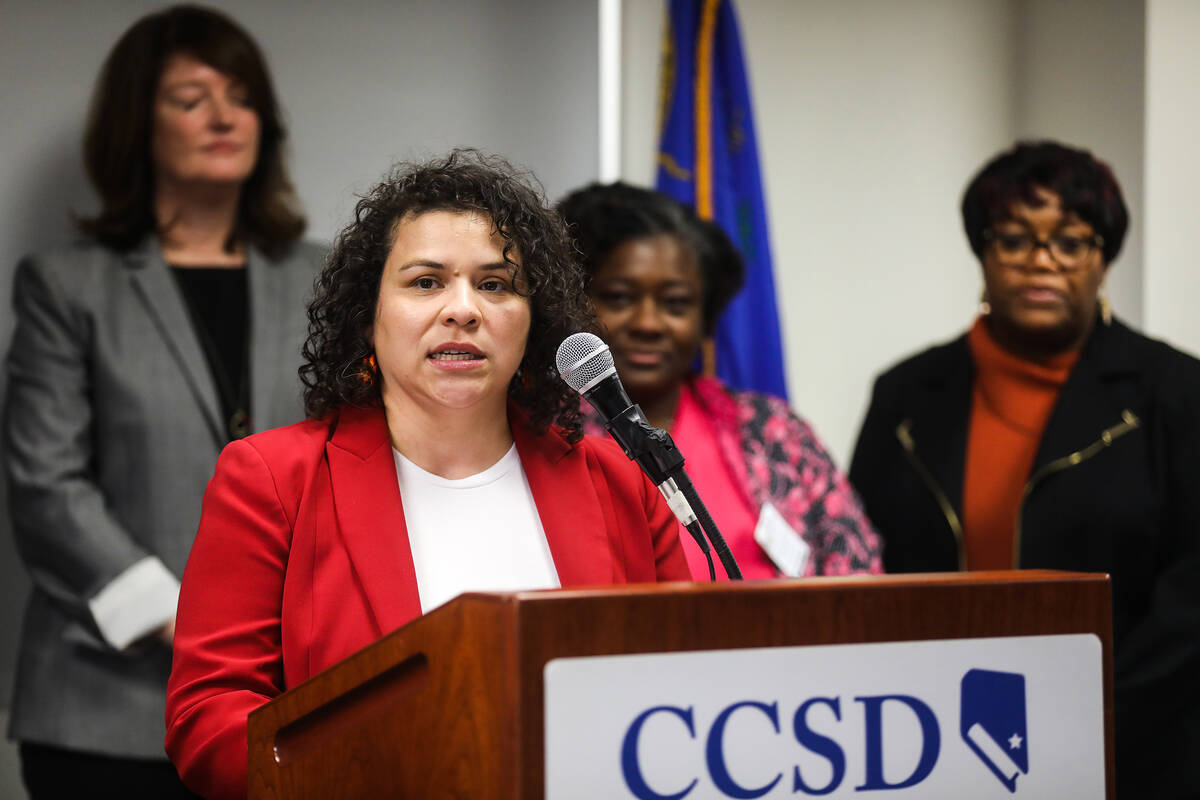 Evelyn Garcia Morales will lead the Clark County School Board as its new president.

At a work session Wednesday, trustees selected new board officers who will serve in those leadership roles for a year.

“As a Board, our top priority is our students, families, and the District’s more than 40,000 employees,” Garcia Morales said in a news release after the meeting. “We look forward to working together as we continue our focus on student academic outcomes and the hard work ahead to ensure our students receive a top-notch education.”

The board also named Lola Brooks as vice president and newcomer Irene Bustamante Adams as clerk.

All six trustees who were present for the vote selected Garcia Morales as president via paper ballot. Trustee Katie Williams was not present, but arrived at the meeting later.

Garcia Morales, who was elected to the board in 2020, is executive director of the nonprofit education organization Fulfillment Fund Las Vegas.

She takes over after former President Irene Cepeda lost a re-election bid in November to challenger Brenda Zamora and her term concluded at the end of December.

Garcia Morales previously has served as board vice president and clerk. Now as president, her duties will include leading and planning meetings.

After the vote, Garcia Morales said she is eager and looking forward to serving as president.

“There’s a lot of good work that’s going to take place this year, and I’m looking forward to doing it with all of you,” she told fellow trustees.

Brooks, who was elected to the board in 2016, previously has served in officer positions, including as president and clerk.

“I’m looking forward to supporting the president,” she said after the vote.

She also said there are no hard feelings, noting she has never won an election unanimously and wouldn’t want to break that trend.

Bustamante Adams was selected by four trustees as clerk, while three trustees — Guzman, Cavazos and Zamora — wanted to see Guzman in that role.

Bustamante Adams was elected in November and sworn in as a new trustee Tuesday.

After the vote, Bustamante Adams said: “Thank you very much for the support and you have my commitment to be a team member on this group.”