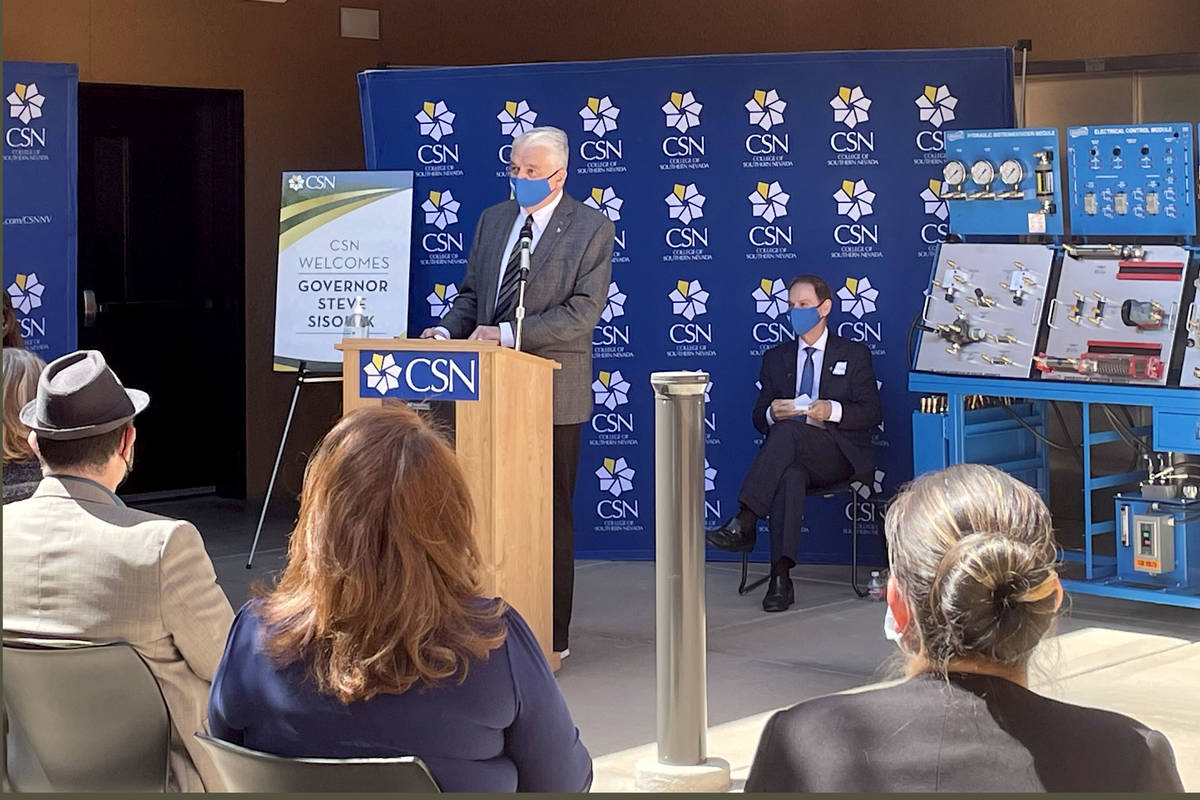 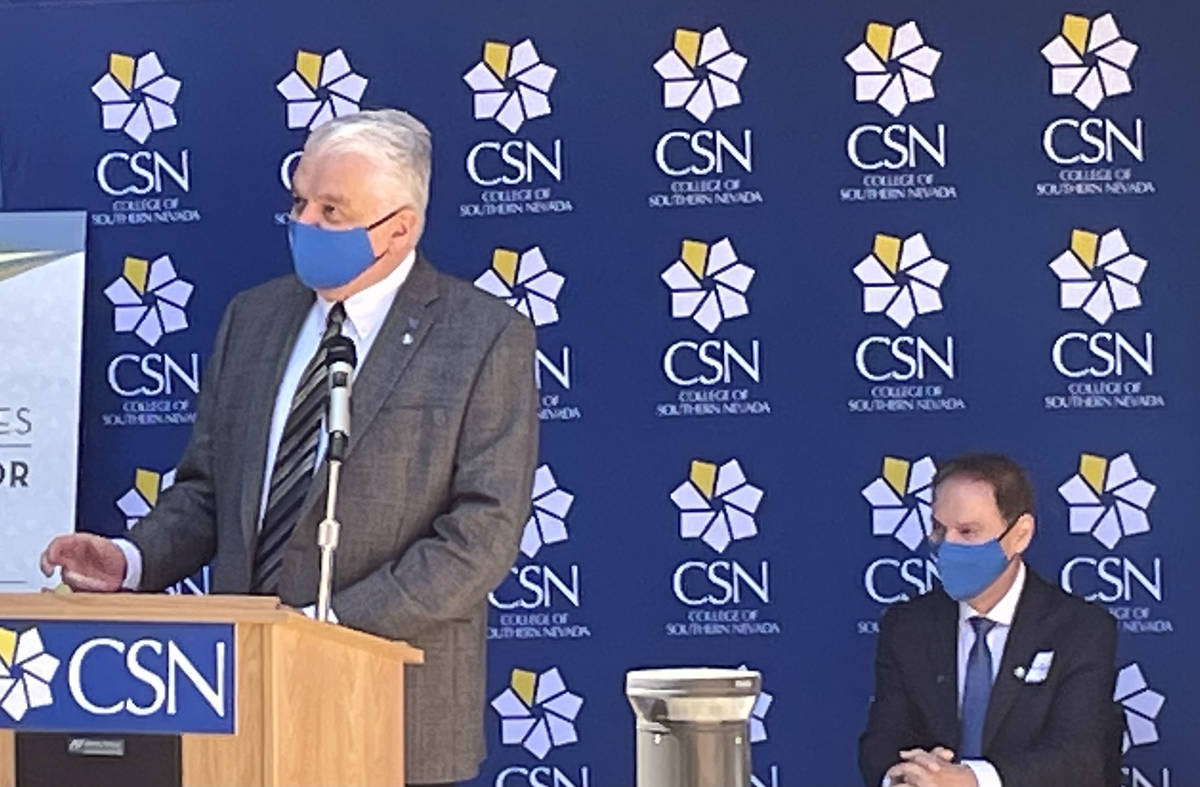 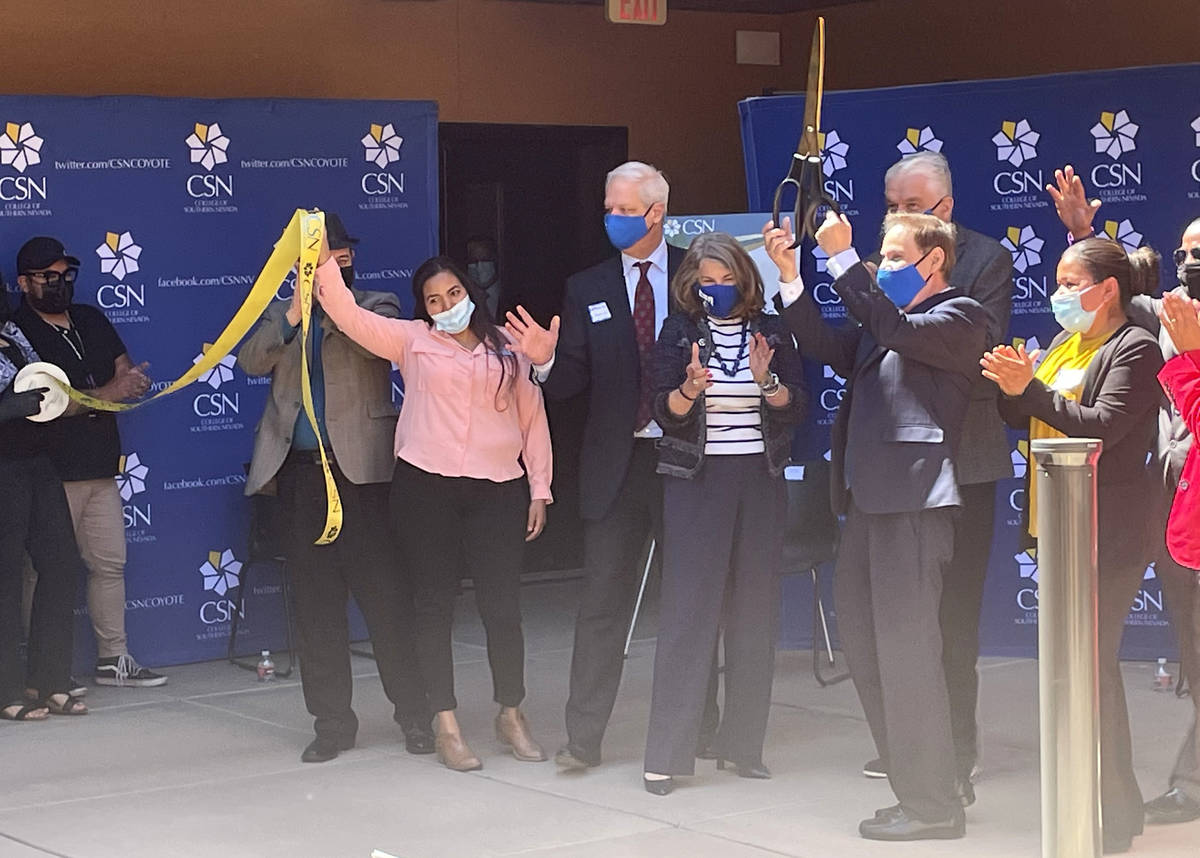 The College of Southern Nevada is using a $2 million state grant to expand its manufacturing program in an effort to help local employers gain a skilled workforce.

A ribbon cutting ceremony was held Friday at the college’s Henderson campus for a new advanced manufacturing rapid response program, which allows students to earn industry certifications. The program already has its first cohort of students participating.

Gov. Steve Sisolak spoke at the event, saying community colleges are a key way for displaced workers to recover from the COVID-19 pandemic.

It’s not a secret that many jobs lost in Nevada during the pandemic aren’t coming back, Sisolak said.

“We need to retrain those folks in order to get them into a new occupation where they can support themselves,” he said.

Sisolak said the state also has to diversify its economy and “that mission is more important today than it has ever been before.”

CSN, which has about 50,000 students at three Las Vegas Valley campuses, is receiving grant money from the Governor’s Office of Economic Development’s Workforce Innovations for the New Nevada (WINN) fund.

The grant will allow at least 200 people yearly to access training not previously available at the college, Sisolak said.

In 2019, California machine tool builder Haas Automation acquired 279 acres of land near the Henderson Executive Airport for more than $27 million and is building a factory on the site slated to open in late 2022.

Data suggests manufacturing will be the fastest-growing sector of job producing opportunities in Southern Nevada in the future, Zaragoza said, “So it already is an important part of this community and our economic diversification efforts.”

As for COVID-19 recovery, he said, “Individuals that may be displaced will turn to places like CSN to reconnect with employment possibilities.”