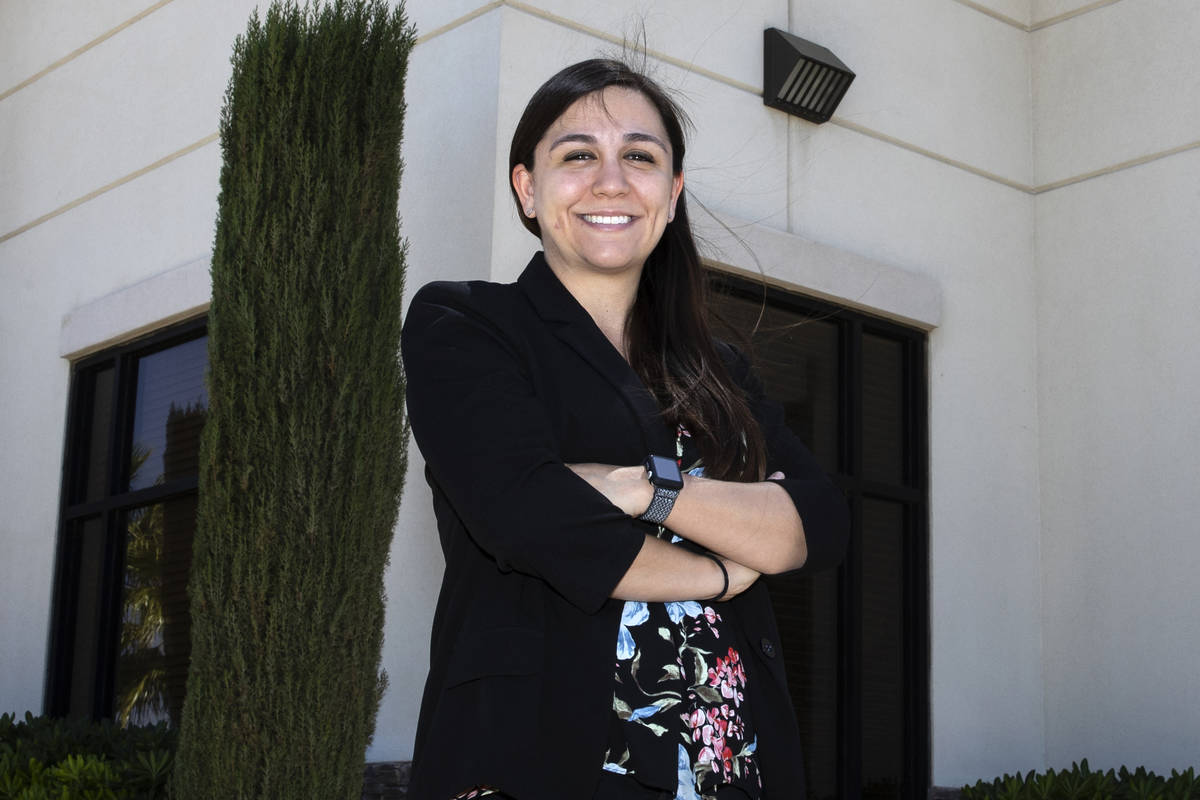 Faun Lee Botor, 34, who is doing her psychiatry residency at UNLV, poses for a photo on Thursday, May, 6, 2021, in Henderson. (Bizuayehu Tesfaye/Las Vegas Review-Journal) @bizutesfaye 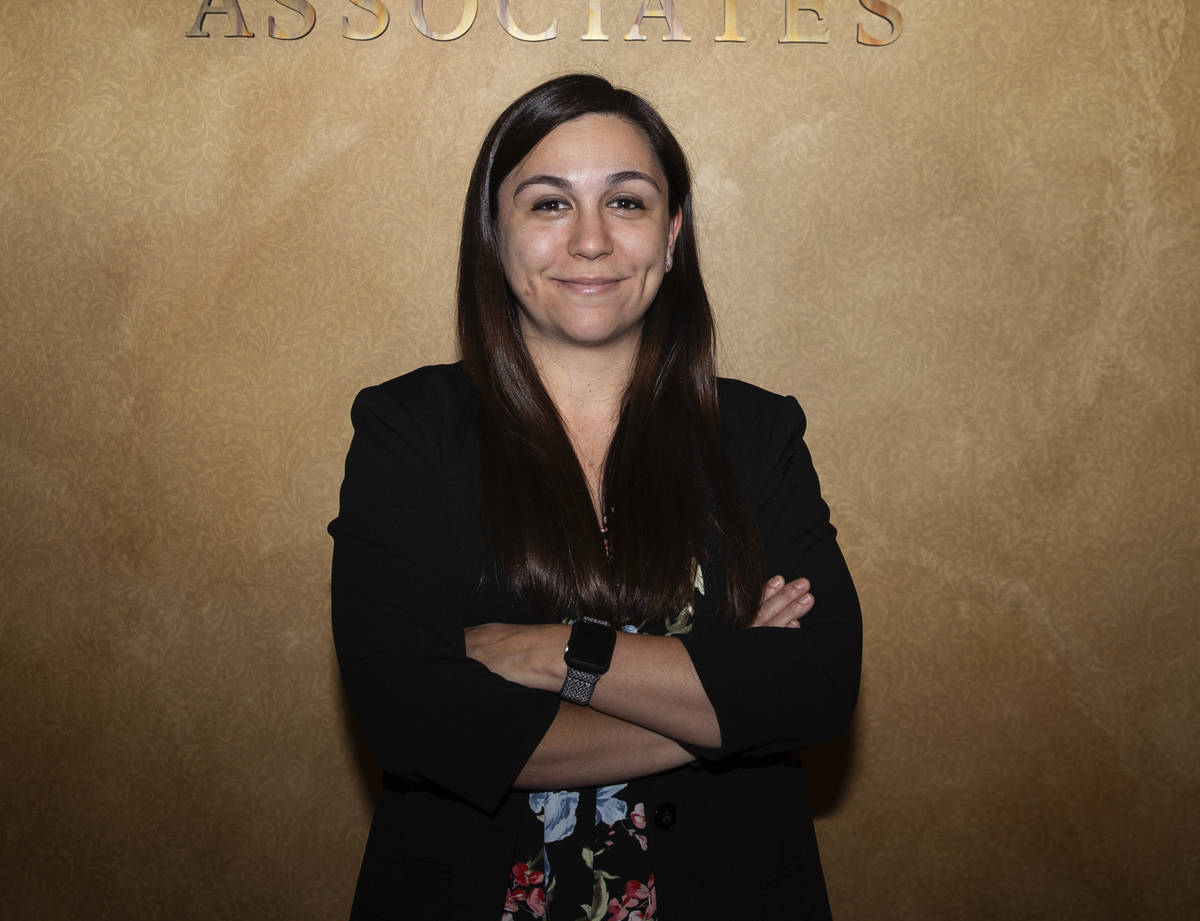 Faun Lee Botor, 34, who is doing her psychiatry residency at UNLV, poses for a photo, on Thursday, May, 6, 2021, in Henderson. (Bizuayehu Tesfaye/Las Vegas Review-Journal) @bizutesfaye

Faun Lee Botor knew she wanted to stay in Las Vegas for medical school and her residency.

One of the major reasons: The 34-year-old has three children — ages 8, 5 and 4 — and family members who also live in the area. And she has spent most of her life in the valley.

“I definitely wanted to stay in Southern Nevada for medical school and residency training just because I’ve been here so long,” she said.

Botor will get her wish as she moves into the next phase of her medical education, a psychiatry residency at UNLV that starts in July.

Botor is one of 50 students in the first class of the university’s Kirk Kerkorian School of Medicine who will be celebrating their graduations Friday at the university’s Thomas &Mack Center. And her plans to stick around are no doubt music to the ears of the medical school’s founders.

Before it opened in 2017, Las Vegas was the largest metropolitan area in the nation without a medical school capable of bestowing MD degrees on its students. At the same time, the region and Nevada at large were facing a long-term shortage of medical professionals, one that lasts to this day.

That’s why the UNLV school was from its inception intended to help narrow that gap by educating students with strong connections to the Silver State in hopes they would practice here.

So how did it do with its first graduating class?

Eighteen students — roughly 36 percent of the class — will stay in Nevada for their residencies, which last anywhere from three to seven years. That’s more than double the 14 percent of the University of Nevada, Reno, School of Medicine graduates this year who will spend at least part of their residencies in state, the school said.

Dr. Marc Kahn, dean of the UNLV medical school, said keeping graduates in the state is key, citing data showing that doctors are most likely to stay where they have last trained such as through a residency or fellowship.

He also said he hopes the percentage of graduates staying in Nevada for a residency will improve to between 60 percent and 70 percent in the future.

“We’re here to care for Southern Nevada,” he said. “We’re going to do all that we can to improve the number and quality of physicians for our community.”

McBeath said Southwest Medical Associates, a multi-specialty group established about 50 years ago in Southern Nevada, has always struggled with the physician shortage.

“We were very involved in helping establish the UNLV School of Medicine for precisely that reason,” he said.

UNLV School of Medicine has approximately 240 medical students in total — or about 60 per class — and 320 residents and fellows.

The school’s first permanent facility — a medical education building — is under construction and slated to open in summer 2022. It will include more space, and UNLV hopes it will allow for expanding to up to 120 students per class in the future.

Nevada is also home to a few other medical schools, including UNR, which has an MD program, and Touro University Nevada in Henderson, which has a doctor of osteopathic medicine (DO) program. Roseman University of Health Sciences is expected to enroll its inaugural class of students in a new MD program in fall 2024.

Nevada ranks 45th in the nation for the number of active physicians per 100,000 residents, according to a January 2020 UNR School of Medicine report. And it comes in 48th for primary care physicians and 50th for general surgeons.

The number of active physicians in the state increased 22 percent from 2010 to 2017, according to the report, but it wasn’t enough to keep up with population growth in 16 specialties.

Nevada ranks very low in the nation “in just about every specialty out there,” McBeath said.

Contributing factors to the state’s physician shortage include a “really dramatic expansion of the population, especially here in Las Vegas,” Kahn said.

“As we get out from that, we have much less depth in those other specialty residency programs and fellowships,” he said.

That leaves some UNLV medical school graduates in a position where there isn’t a residency program for their specialty offered in Nevada, so they have to go out of state, McBeath said.

“We know that if they leave the state for residency training, there’s a chance that we can lose them,” he said.

In March, UNLV’s fourth-year medical students participated in a national Match Day, where they found out where they’d do their residency. All of the students secured a residency slot.

Botor, who attended Clark High School, graduated with a bachelor’s degree from UNLV in comprehensive medical imaging, with a specialization in ultrasound. But going forward, she intends to work in psychiatry.

“When I agreed to be part of the charter class, I knew that it would be a lot of ups and downs, a lot of experiments,” she said. “But I also knew that I would help build the school in a way that I thought was important.”