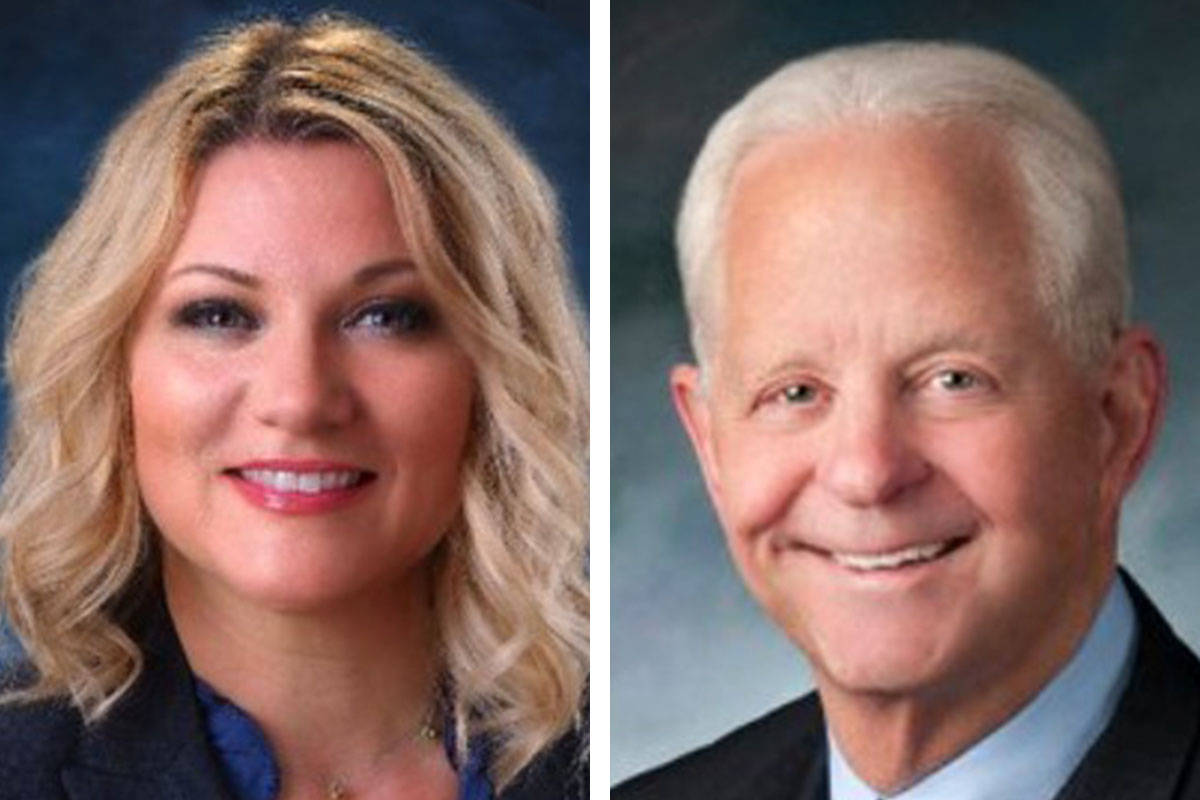 Ward 4 Councilman Dan Stewart officially announced his run for mayor of Henderson in a Twitter post on Friday.

“I love Henderson and it’s been good to me and my family,” Stewart said Tuesday. “I enjoy very much working with the staff here at the city and doing good and exciting things for the residents.”

He said his education and experience have prepared him for the role.

Another council member, Michelle Romero, who represents Ward 1, signaled her intention to run last week when she uploaded 2022 mayoral campaign photos to Facebook.

Romero said Tuesday that she has a unique background with experience working for the city, working in the private sector and serving on the City Council. She was elected to the City Council in 2019.

“I’m born and raised here, so I have a very good understanding of our citizens and what the city would like to see happen, as well as the functioning of our city and how it should operate,” she said.

Romero plans to make a formal announcement of her candidacy in June.

Stewart was appointed to his council seat in 2017 and won his election in 2019 to keep the seat.

He has an early fundraising lead over Romero, raising more than $118,000 last year compared with Romero’s $7,500. Elizabeth Trosper, Romero’s campaign spokeswoman, said Tuesday that Romero has been raising money all year.

Romero worked for Henderson for 25 years, spending the last nine years of her career with the city as redevelopment manager before retiring from the role in 2016.

Stewart, a fourth-generation Nevadan, has a long history in the private sector, including work for construction companies, time as president and CEO of Basic Management Inc., and a current role as vice president of development for Gardner Company, according to his biography on Henderson’s website.