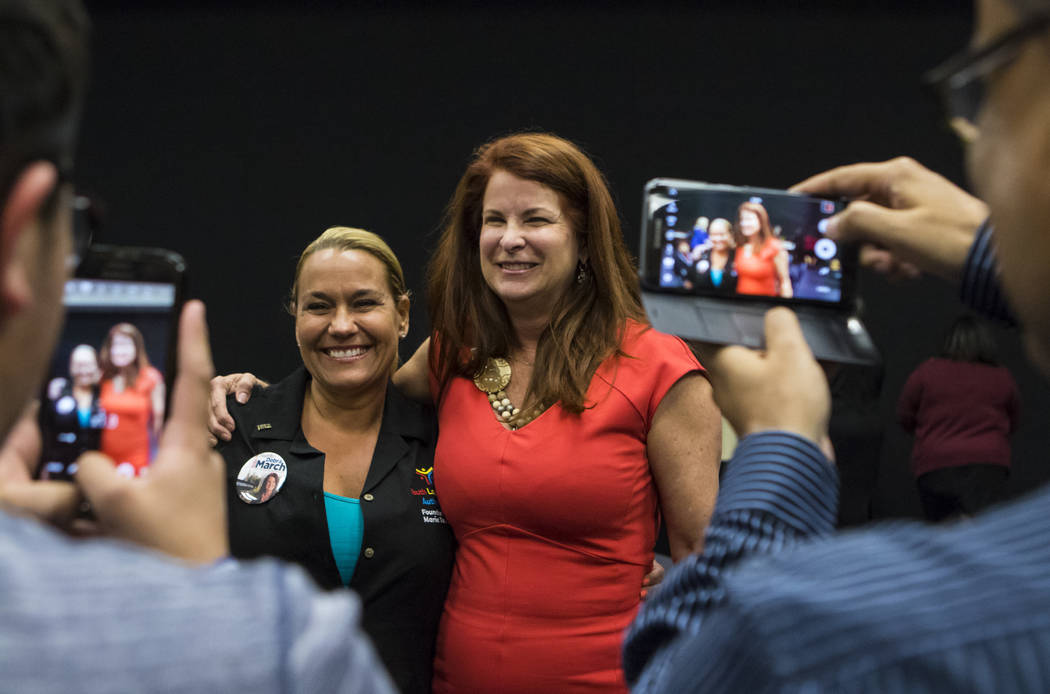 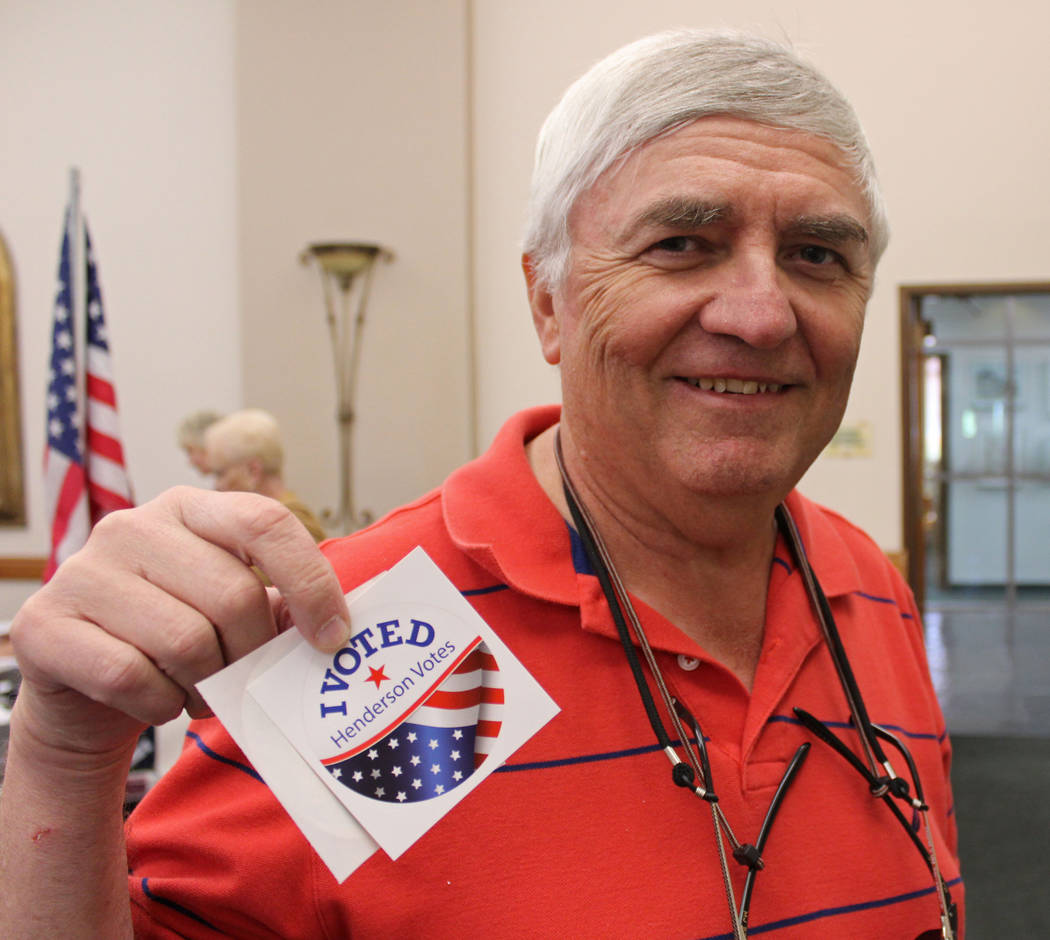 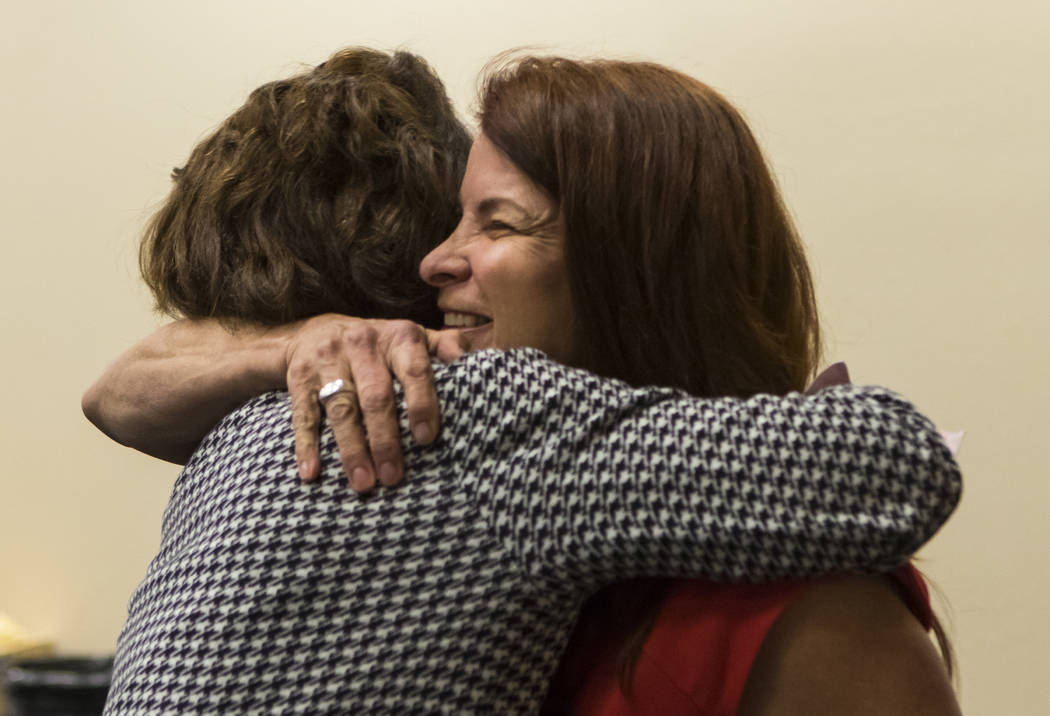 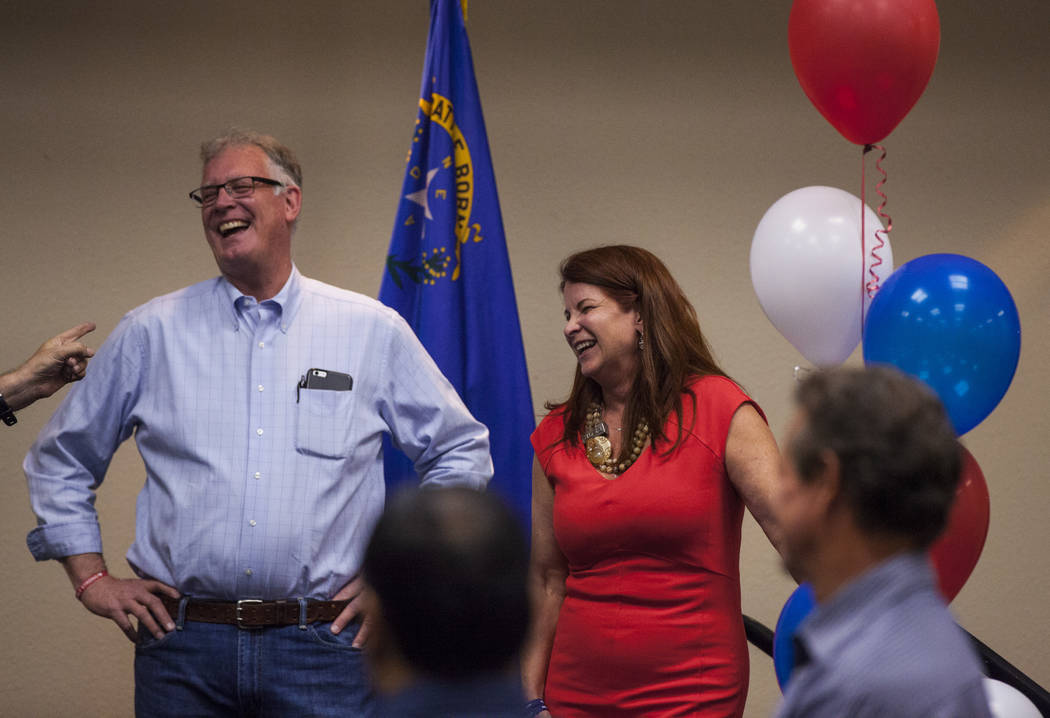 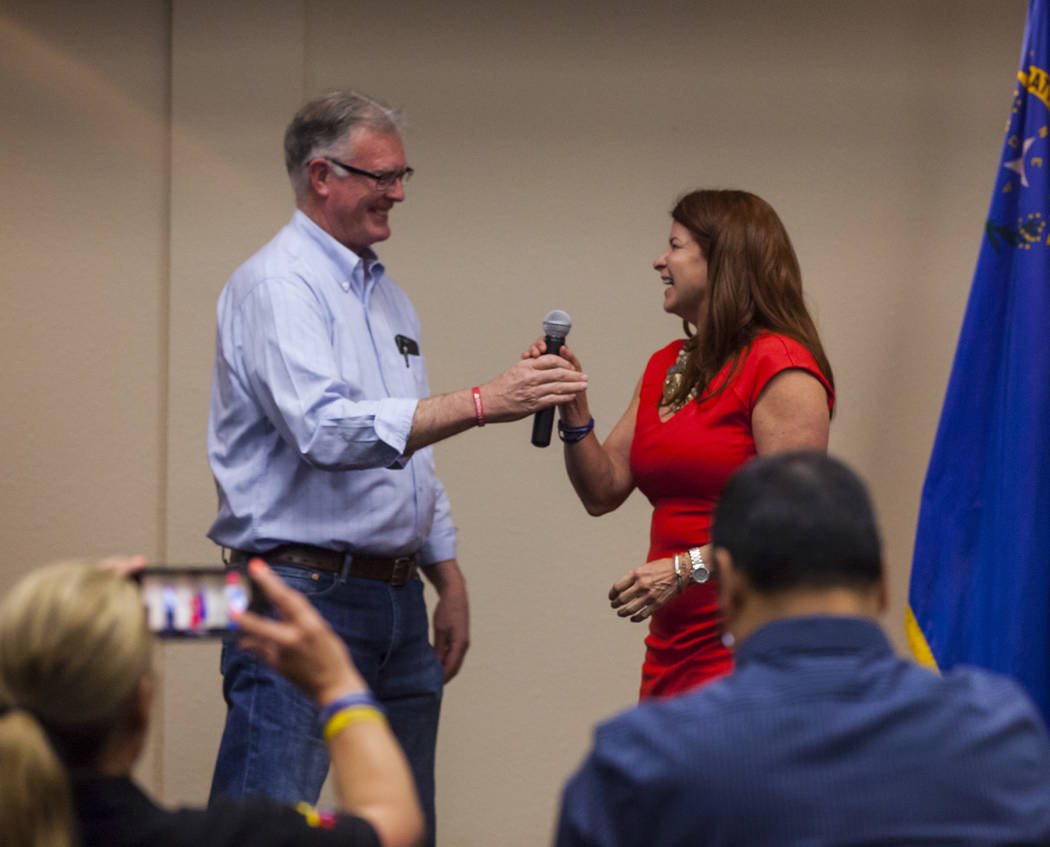 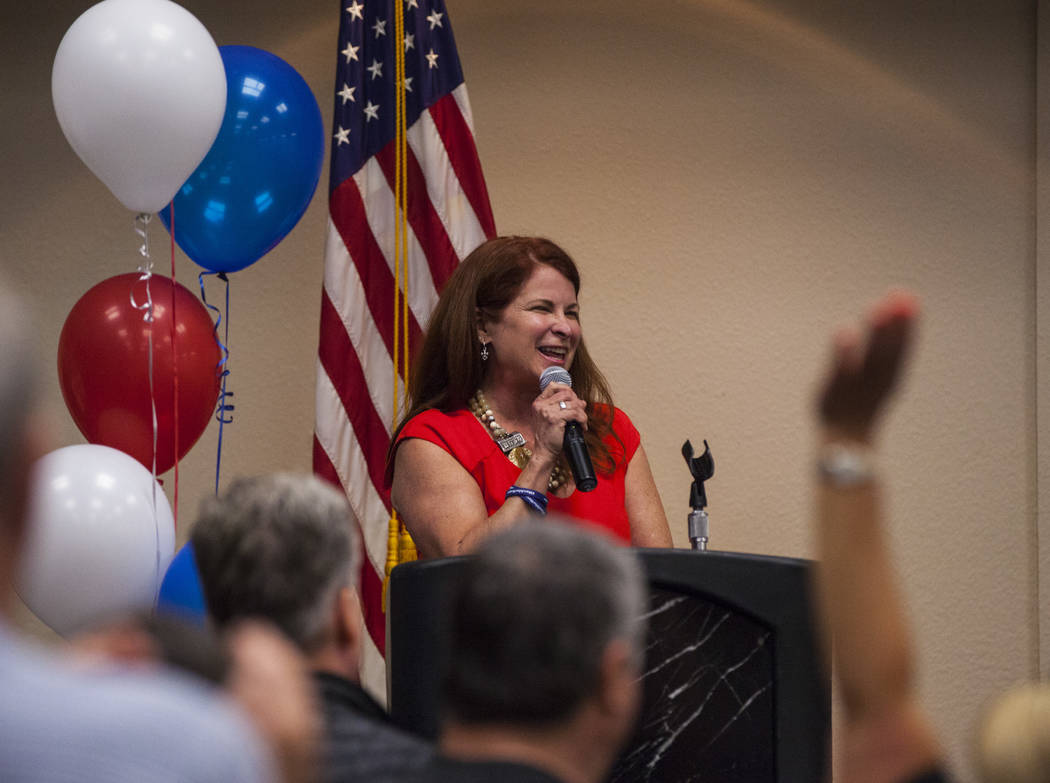 Henderson Ward 2 City Councilwoman and mayoral candidate Debra March makes a speech at her watch party after early polling results put her in the lead at the Henderson Convention Center in Henderson on Tuesday, April 4, 2017. (Miranda Alam/Las Vegas Review-Journal) @miranda_alam 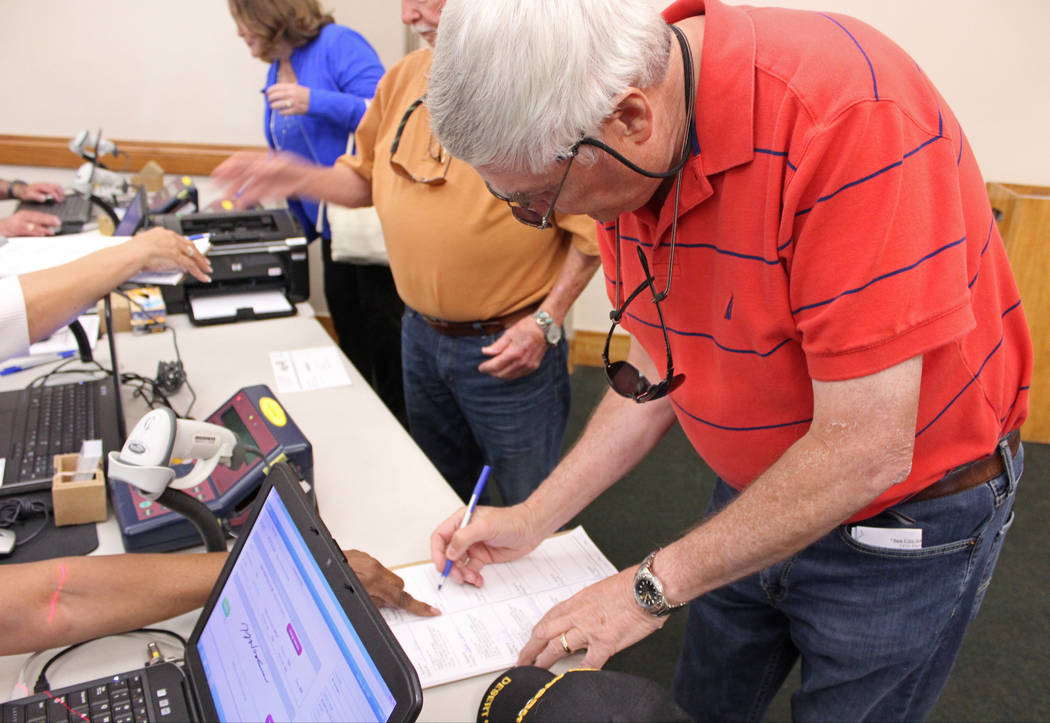 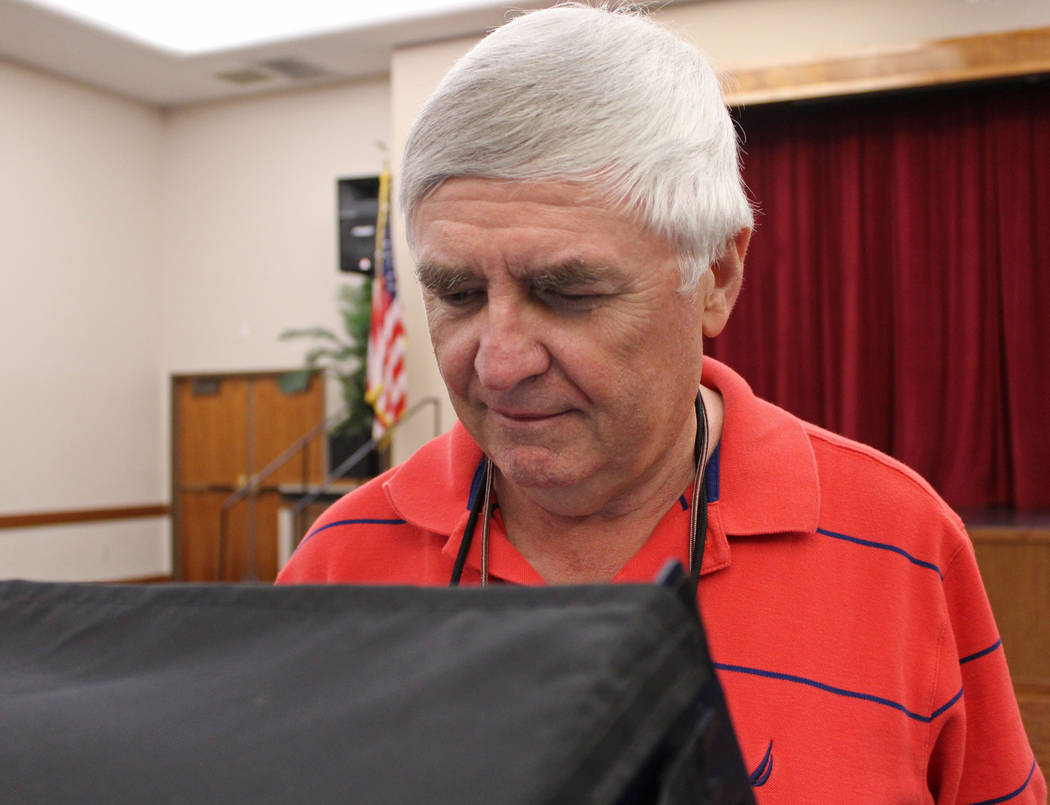 Henderson City Councilwoman Debra March celebrated with hundreds of her closest supporters Tuesday as she cruised to a convincing victory in the city’s mayoral race.

As of Wednesday morning, March had more than 55 percent of the vote.

“This is our win. It’s not just my win,” March said at her election results watch party at the Henderson Convention Center, although ballots were still being counted. “Truly this is a win for all of us. It was a hard and difficult campaign due to misinformation that was spread. I stayed true to my values, and I feel strong about my vision for Henderson and Henderson Strong.”

“If I don’t win, not only will I be disappointed, but so will thousands of other people,” said Workman earlier during the day. “A lot of people see the corruption happening in the city by people with strings attached to the money.”

March defeated her opponents with the help of a huge financial lead in campaign contributions. By the end of last week, March had $528,988 and had spent more than $400,000 between last year and the first quarter of 2017, campaign expense reports show.

By contrast, Workman, 60, reported the most of any other challenger with $31,558 — a majority of it his own money.

Leading up to the primary elections, candidates were vocal about the city’s growing population and community needs, including crime prevention and economic development — something March is particularly passionate about.

March said she plans to put together a 100-day plan to implement strategies if she’s elected.

“I want to focus on transparency and more public engagement,” March said. “Through the outreach we did during the campaign process, we heard a lot from the community about what is important to them, including economic development and diversification.” 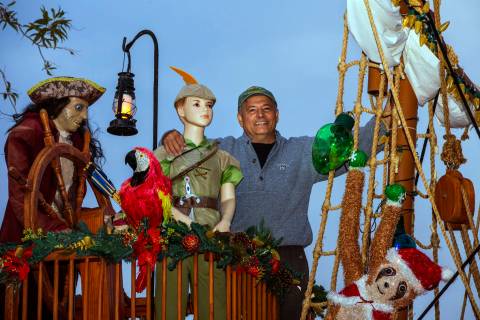 After nearly a decade of displaying award-winning Christmas lights, a Henderson couple is scaling back this year to help limit the spread of coronavirus. 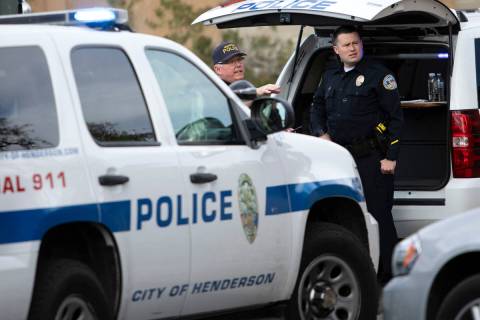 Police were called to Erie Avenue and Bermuda Road around 1:30 p.m. in response to a two-vehicle crash caused by a driver running a stop sign.