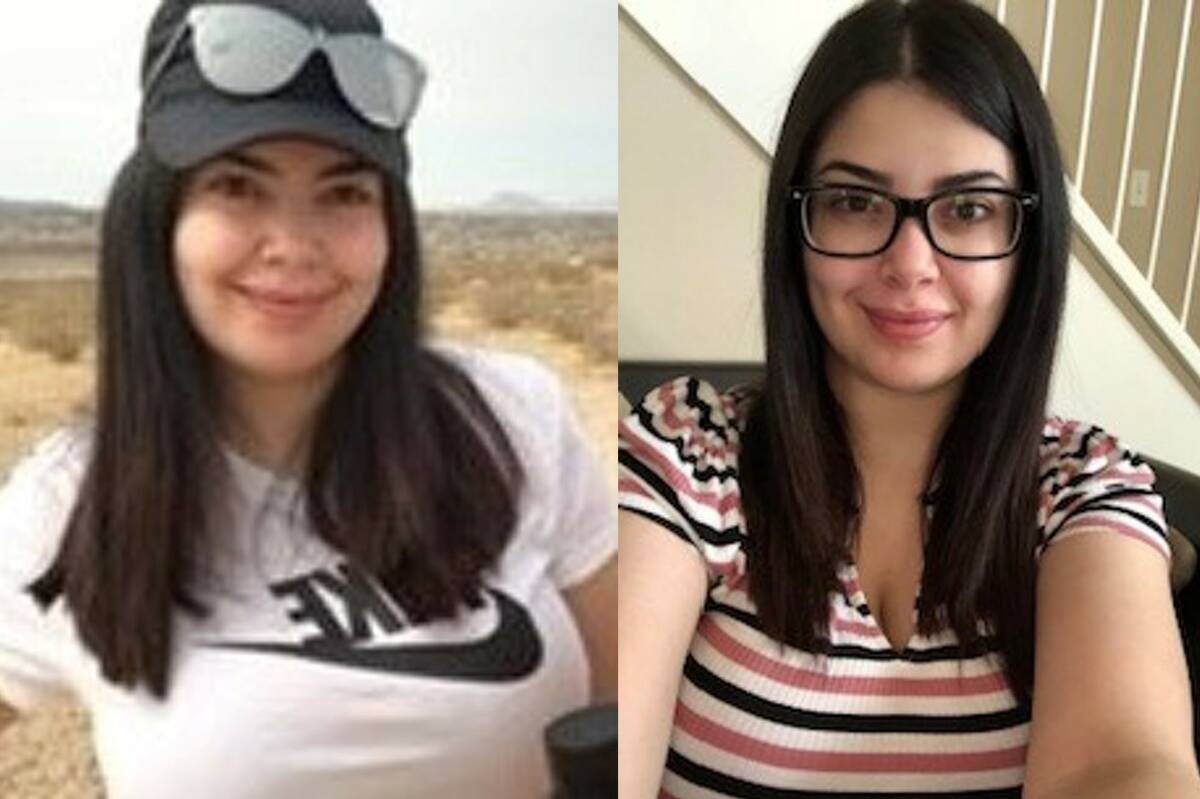 Jawaher Hejji was reported missing on Dec. 23. She was last seen near the Amargosa Trail in Henderson. Her remains were found in September at Black Mountain near Henderson. (Las Vegas Metropolitan Police Department) 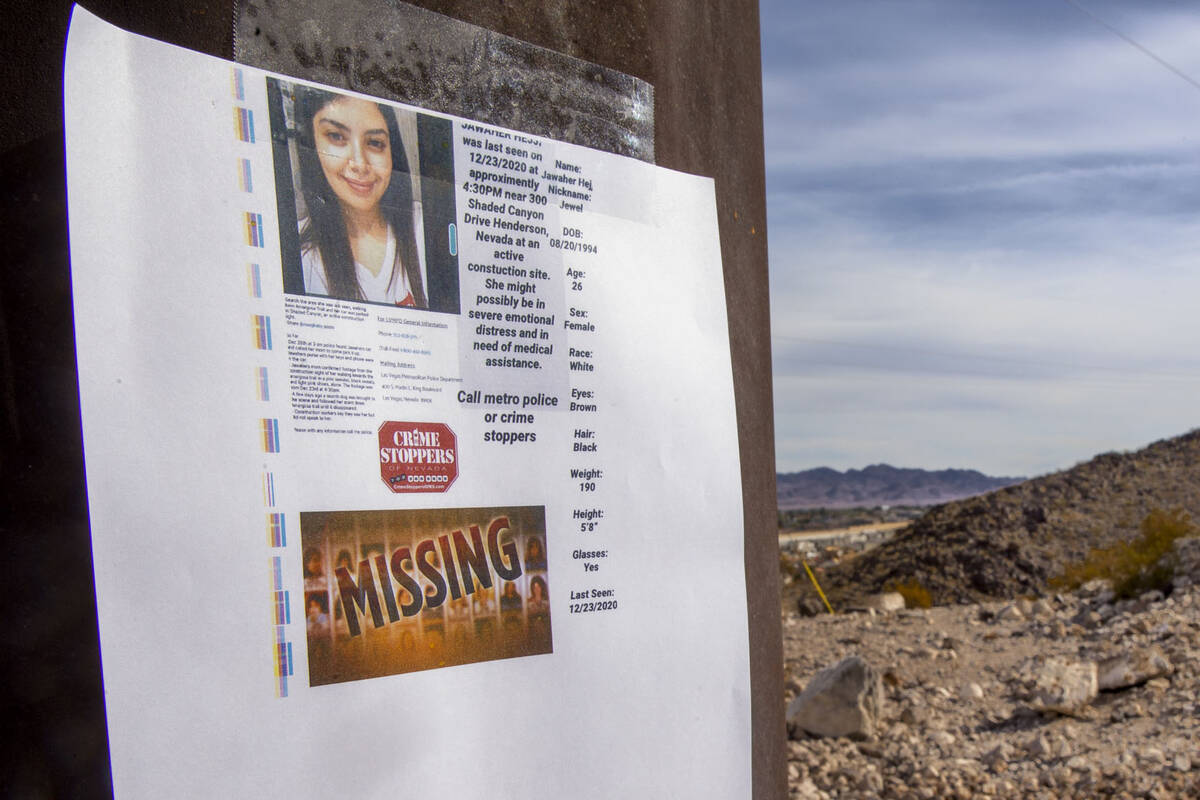 A flyer is posted for Jawaher Hejji on the Amargosa Trail in Henderson on Wednesday, Jan. 6, 2021. Hejji was reported missing on Dec. 23, 2020, and was last seen in the 300 block of Shaded Canyon Drive near the trail. (L.E. Baskow/Las Vegas Review-Journal) @Left_Eye_Images 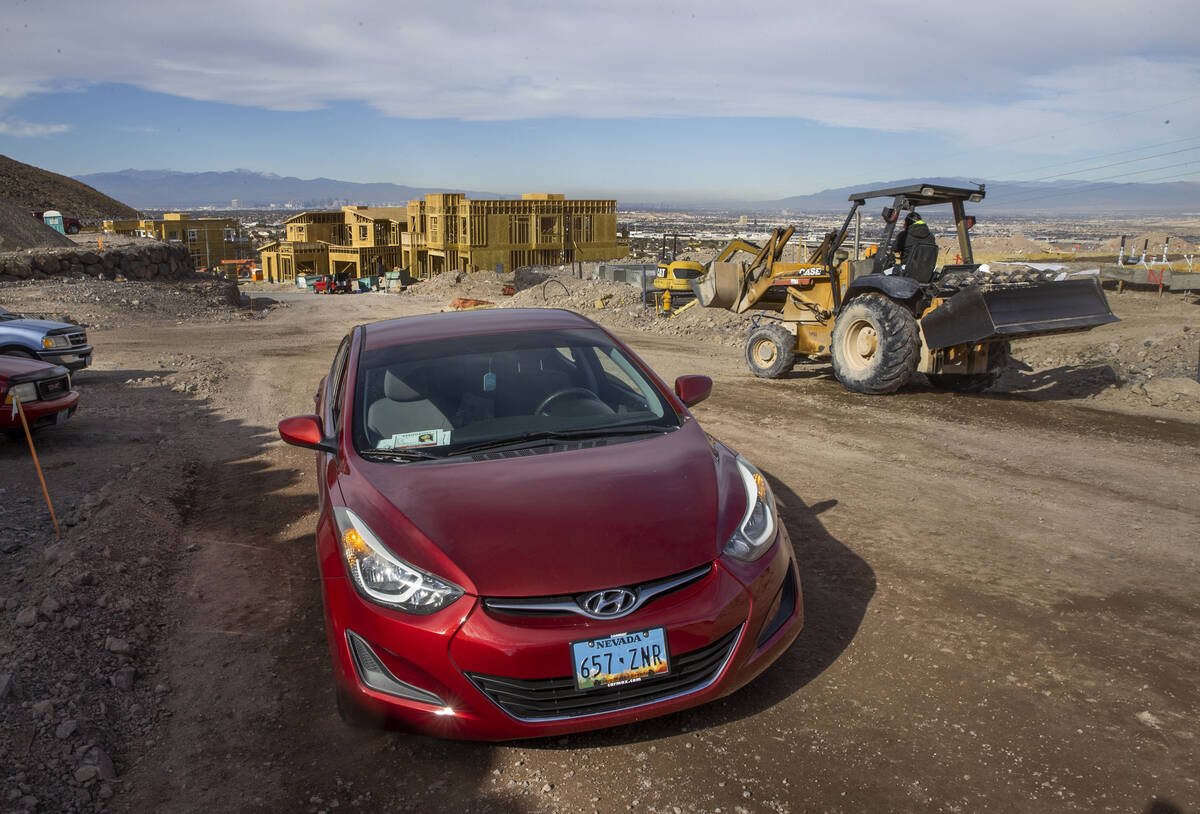 Jawaher Hejji's car, shown on Wednesday, Jan. 6, 2021, was left at this spot near the Amargosa Trail in Henderson, just off Shaded Canyon Drive. She was reported missing on Dec. 23, 2020, and was last seen on Shaded Canyon Drive. (L.E. Baskow/Las Vegas Review-Journal) @Left_Eye_Images 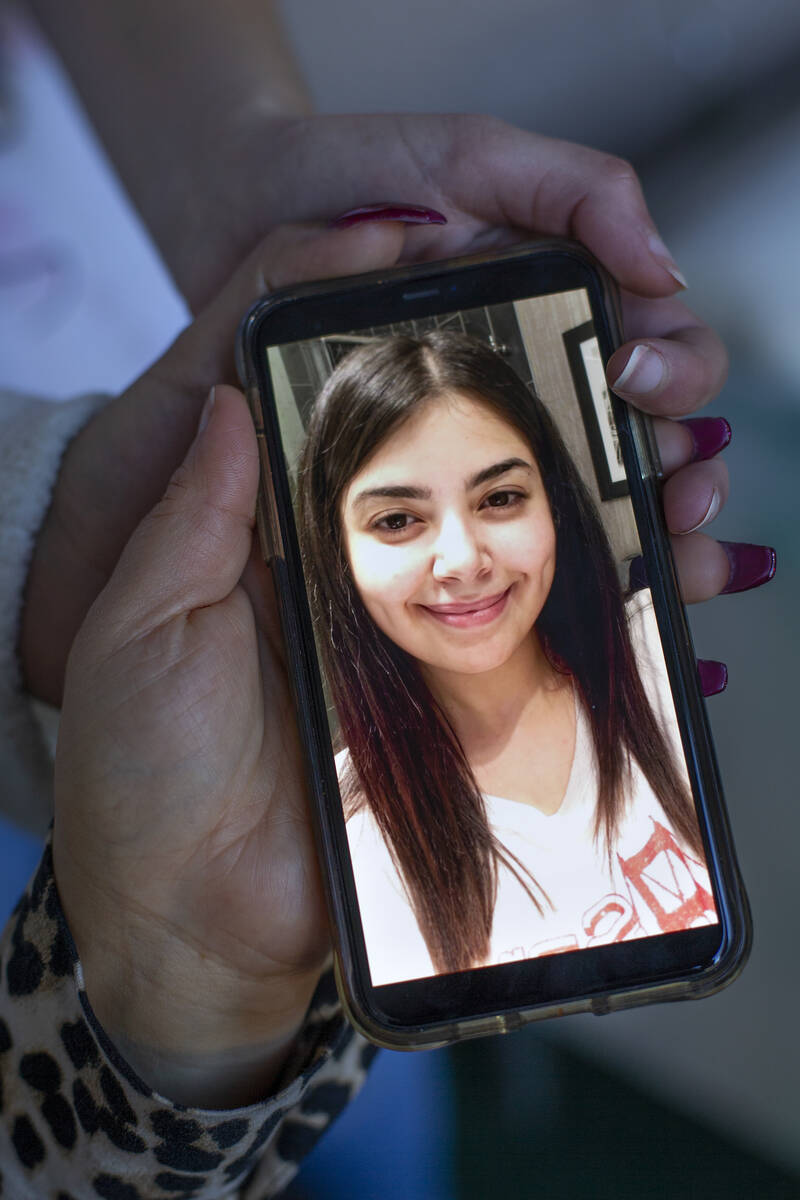 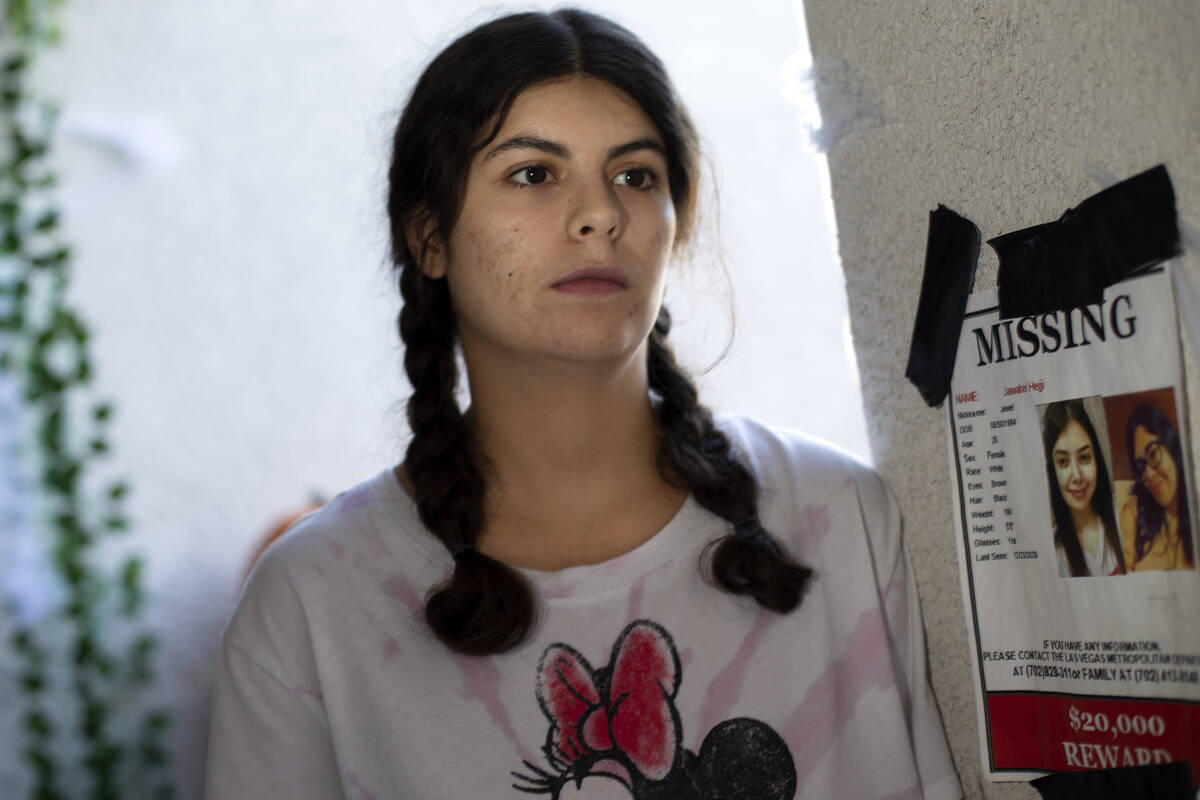 Mariam Hejji, the younger sister of Jawaher Hejji, poses next to the missing flyer for her sister at her home on Wednesday, Oct. 13, 2021, in Henderson. Las Vegas police say remains found near Black Mountain were identified as 26-year-old Jawaher Hejji, who was reported missing in December 2020. (Ellen Schmidt/Las Vegas Review-Journal) @ellenschmidttt 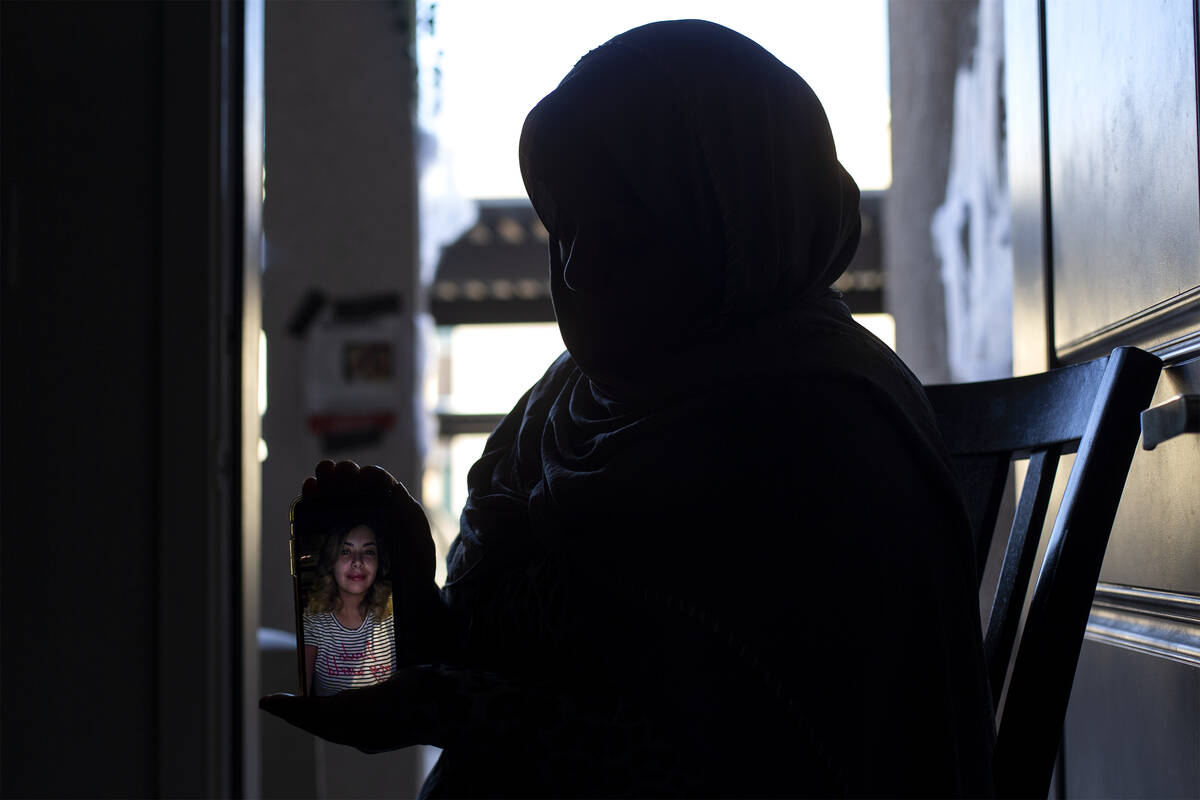 Mrs. Hejji, mother of Jawaher Hejji, holds a photograph of her late daughter at her daughter Mariam's apartment on Wednesday, Oct. 13, 2021, in Henderson. Las Vegas police say remains found near Black Mountain were identified as 26-year-old Hejji, who was reported missing in December 2020. Mrs. Hejji asked to not be visually identified in the photo. (Ellen Schmidt/Las Vegas Review-Journal) @ellenschmidttt

Jawaher Hejji, 26, was last seen Dec. 23 on the 300 block of Shaded Canyon Drive, near the Amargosa Trail in Henderson, according to the Metropolitan Police Department. Police said surveillance footage from the area showed her walking along the trail near the base of Black Mountain.

In a press release Wednesday morning Metro announced that Henderson police responded to a report of skeletal remains found near Black Mountain on Sept. 6.

“The remains were positively identified as Jawaher Hejji,” police wrote in the release.

Hejji’s family said they reported her missing Dec. 26, the soonest Metro would allow them to report her. Within hours, her car was found near a construction site on Shaded Canyon. The keys were on the hood, and the woman’s phone and wallet were in the car.

Hejji’s mother, who declined to give her first name citing the safety of her children, said she came to America 13 years ago seeking asylum after her husband died. She brought her six children, including Jawaher, her oldest. As her oldest daughter grew up, Hejji said Jawaher became a best friend and second mother to the other children.

“I came by myself to the United States to protect my kids, to save their lives,” she said in an interview Wednesday. “I left everything behind just to make sure nobody hurt my kids. Now what happened, I’m thinking a lot that this was a bad decision to bring the kids here because I lost my daughter with no answers.”

Hejji’s mother said she was upset with the way Metro handled the case. She said she was denied access to the camera footage from nearby business and the construction site when she requested it from Metro. She said she asked Metro to involve the FBI in the case and that Lt. Dave Valenta from Metro’s special victims unit declined.

Metro declined to comment further on the case Wednesday.

Hejji was found in the area where Metro previously said she was last seen on camera but told the family the girl never came out.

”If they searched and if they did their job, they should have found my daughter, maybe alive,” her mother said. “They found her in the mountain in the same area, and we were told they searched the whole mountain with the K-9 dog and everything. Ten months, now you just bring me bones. They didn’t do the right job, they didn’t care about this case, they didn’t take seriously like the other cases.”

Mariam Hejji said after 10 months of venturing into the mountains with friends, family and helpful strangers, her only closure will come from knowing how her sister died.

The cause and manner of death will be released by the Clark County coroner’s office, police said. 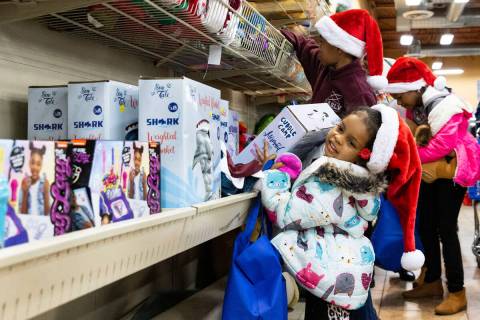