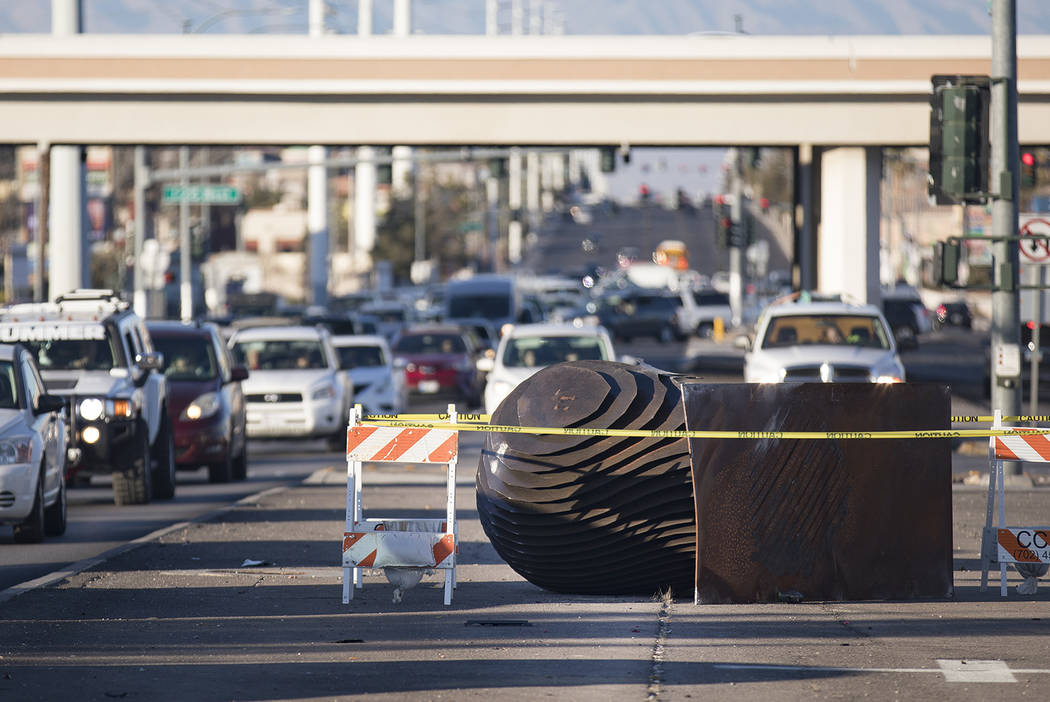 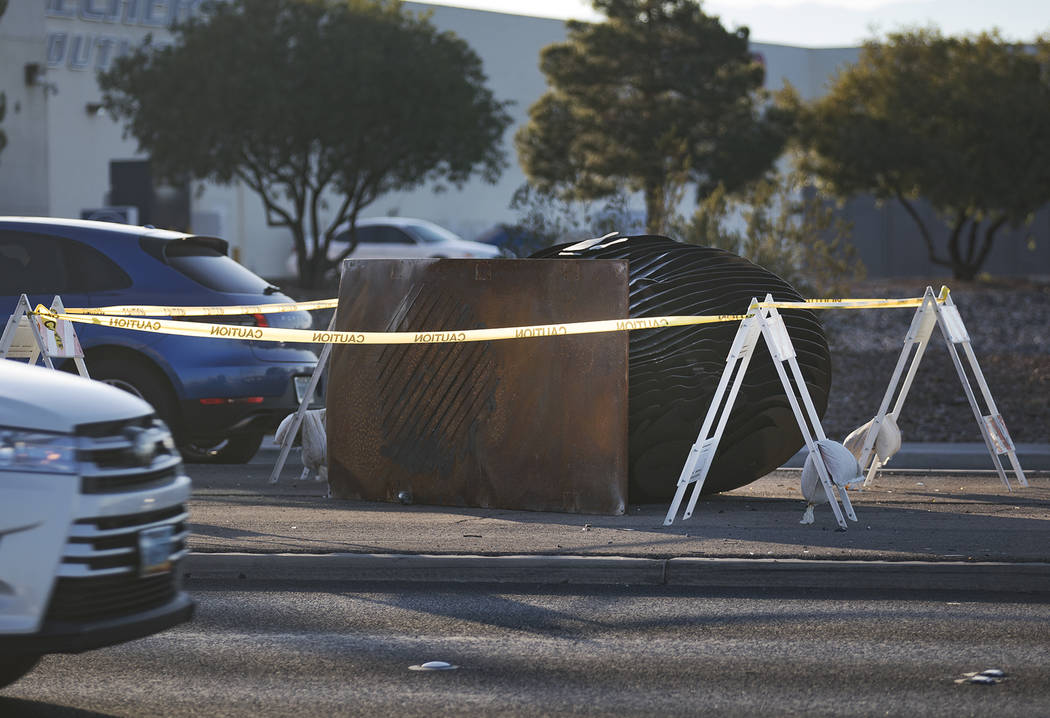 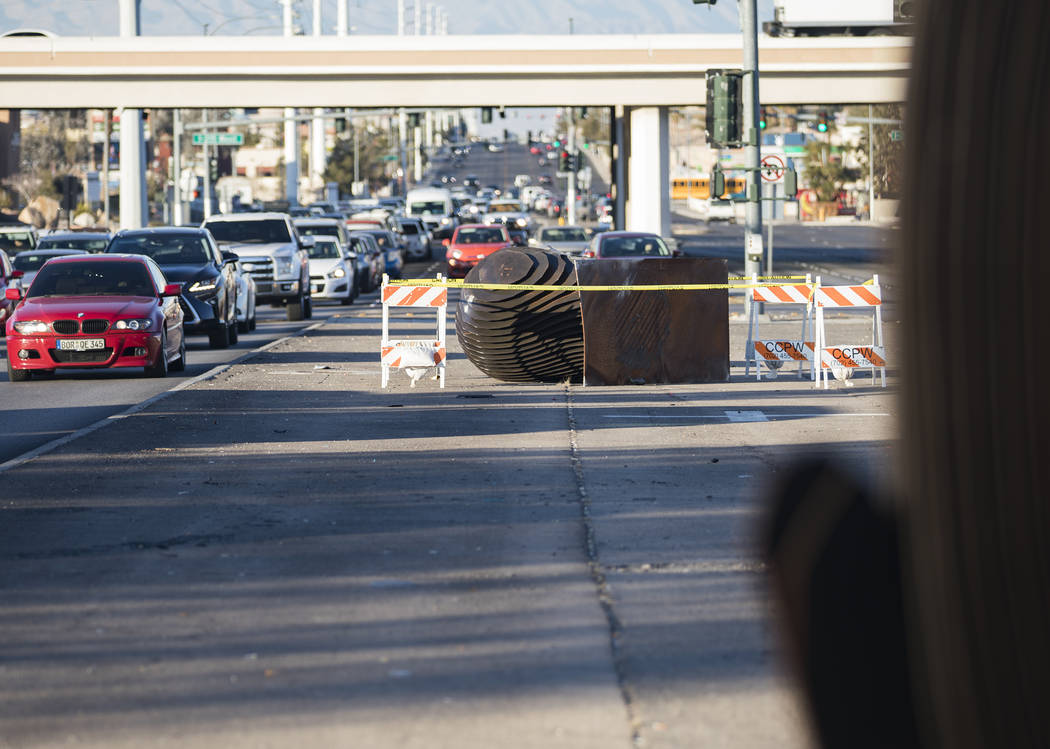 A giant head was sent rolling Saturday morning when an SUV slammed into artwork on a median in the southern Las Vegas Valley.

The 4,000-pound sculpture, one of two installed on the median at Eastern Avenue, was thrown across the road around 7 a.m. after the SUV exiting 215 Beltway eastbound plowed into it, according to a post from Clark County.

The SUV came to rest on the other side of Eastern after slamming into a pillar in front of a Buy Legal Meds shop.

“After the crash, there were people that rushed to her aid to get her out,” B.J. Calomay said of the driver. Calomay was stopped at the intersection and captured the crash on his dashboard camera.

No information on her condition was immediately available.

The two sculptures, titled “Norte Y Sur,” are made of steel and have an estimated worth of more than $17,500. Each is about 5 feet wide and 6 feet tall.

Mickey Sprott, cultural supervisor for Clark County, said artist Luis Valera-Rico will assess the damage to determine the best course of action for repairing the head.

“The best estimate we have right now is $10,000, but the price of steel is at a premium,” Sprott said in an email.