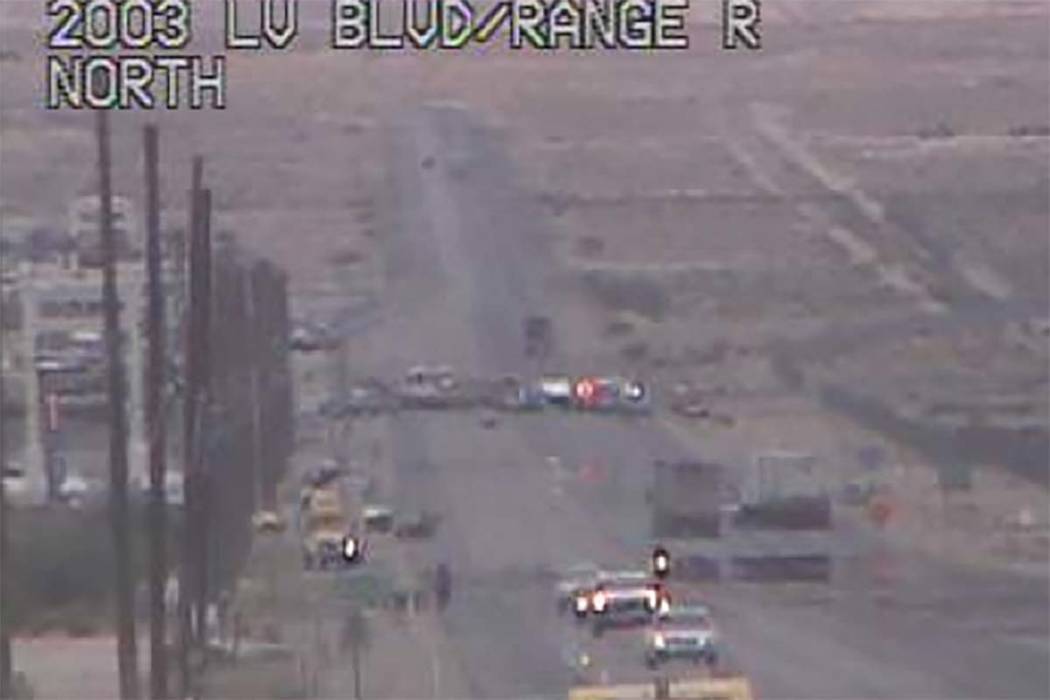 One person died after a crash Thursday afternoon in the far northeast Las Vegas Valley, according to the Nevada Highway Patrol.

The crash was reported about 1 p.m. at the main entrance to the Las Vegas Motor Speedway, dispatch records show, and the Highway Patrol tweeted it occurred at Las Vegas Boulevard North and Checkered Flag Lane. The crash involved a semitrailer and an SUV.

The boulevard was closed in both directions at Checkered Flag while troopers investigate.

The Regional Transportation Commission tweeted about 7 p.m. that roads in the area were reopened.